We must recognize our mistakes if we want to move forward.

The choice of title is deliberately provocative. This article is designed to be a constructive criticism. The need to write a piece like this arises in the head and heart of a 27-year-old who grew up far from his country of birth and has spent every day comparing his compatriots with the people of the country where he was living, Italy.

After 27 years of comparisons — and after collecting facts, events, life stories, examples — I have ended up believing that many elements of Albanian culture have had, and continue to have, a strong negative impact on our lives and our futures.

For this reason, I decided to write a one-way piece that highlights and critiques all the points of our culture that I think, and in these years I have seen, capable of ruining our lives and our futures. The piece is not meant to be an attack on our culture, which is complex and multi-faceted, but simply to attract attention to certain parts and to move our consciences.

Because, whether we like to admit it or not, there are some negative points, and I am convinced that on some level we all know about them. But the fact that we are often very proud people prevents us from looking in the mirror and admitting that we have weak points or that we have made mistakes. We are not perfect; we are not the best (whatever that means); we should only learn the art of humility and strive to transform our weaknesses into strengths.

It is 2020, and we Albanians should start to ask ourselves whether our traditions and our ideas of life have taken us somewhere or not.

Following the will of others

Let’s start with the spark for writing this piece.

A few days ago, I noticed on social networks that an Italian friend had gotten married and that his wife is pregnant. I thought about his life, his age (30), the patience with which he and his wife had come to that decision. My mind automatically shifted to the rush and pressure that exists in our society in the context of marriage and the creation of a family.

Living in Western Europe, my feeling is that couples decide to get married and have children when the right conditions are in place, especially financial conditions; when they both want to take important steps of this kind and, above all, after having tried to organize their future.

Us Albanians, however, must get married. We must have children. We must have a son. Because if you are not able to do all this, you are pointed out by your relatives, by your friends, by society as a whole.

We are throwing everything away because we are afraid to go against the will of others.

You have to take fundamental steps like these to show yourself “right” in the eyes of others. To do this, one gets into debt for marriage, to give birth to a child without having a job or a house. Do we realize how crazy this is?

Our parents’ generation did not have many choices, but our generation lives in a different historical period. We have in our hands the most powerful tool ever made available to human beings: the internet. This allows us to read, learn, discover, see things that are far away from us.

Yet we are throwing everything away because we are afraid to go against the will of others, against an uncle who asks us why we are still studying at this age, against an aunt who points out that it would be better to marry an Albanian partner. This pressure has short-circuited the lives of our new generations, especially those living in Kosovo.

I have acquaintances and relatives who got married at a young age, already have children, and because of the difficult economic situation, the young fathers have been forced to leave Kosovo to emigrate to look for any job they can find.

What is the result? The baby grows up without seeing his father, the father suffers in silence, the whole family will one day be reunited in Europe, and here it is, another cycle of Kosovar Albanians in Europe doing the dirtiest jobs possible.

The same situation as our poor parents, who — I repeat — had no choice, and they must be given credit for having worked miracles. If, however, we have not been able to reach a higher step, it is a shame because that is what their generation wanted us to avoid. Their sacrifices were for a better future, remember?

And this is not meant to be a criticism of marriage, children, the concept of family. It is a criticism of the decision to get married and have children when there are no foundations, at a young age, when you are conscious of living in a country with limited future prospects.

Moving on to the next point, the inability to go against the rules. Saying “No” is forbidden.

If a good marriage and a male child allow you to be considered an integral part of society and the family, then there are other unwritten rules that you must follow. One of these is financial help from those living abroad to family members who remained in Kosovo. This process is a kind of silent obligation.

It started, rightly, during the war — when it was required and useful — and has continued up to these days. We must help because it has to be done, period. Not sending money home was tantamount to a shame that was impossible to eliminate; it was equivalent to forgetting your family and your land.

The generation of parents who have lived more than half of their lives abroad has tried to live two lives. One in the Western European country, working and struggling daily, trying to raise their children in an unknown land and trying to integrate as much as possible. Another parallel life spent waiting for the summer to return to Kosovo. With the hope of living there again one day, for real.

A desire that has led a huge number to buy houses or apartments in Kosovo. What is the point of renting in the country where you spend 11 months and having your own home in the place where you spend one month a year?

In an attempt to live two lives, we ended up not even living one properly.

In this other parallel life, financial help to relatives has been the constant for everyone, whether they want it or not. The result of all this?

Families living in the diaspora often struggle to make a financially sustainable life for themselves. In an attempt to live two lives, we ended up not even living one properly and ruining the future. In some cases, people in their 40s and 50s are being forced to emigrate again, starting from scratch for the umpteenth time. It’s not nice, it’s not easy, believe me.

The last point is directly related to the phenomenon of the diaspora. But it is commonplace in our culture to present ourselves as things that we are not.

The Kanun says that the Albanian’s house is owned by God and the guest. This way of understanding the host led my father’s family, and I assume many others, to do things like preserving sugar exclusively for the guests. Usually, when you have visitors, after offering lunch or dinner, you spend your time drinking tea, to which sugar is added. If you are poor, as was my father’s family, they could not afford to buy it regularly because it was expensive, so they only kept it for when the guests were there.

Suffer and do not allow anything for yourself, because the most important thing is the guest. A sign of respect? No, pure madness!

This need to show yourself rich and wealthy is visible every summer when the Kosovars of the diaspora return home. If the “call of one’s land” is the reason many people use to spend their holidays in Kosovo, the need to be rich in the eyes of relatives living in a country where the average salary is 500 euros is the spring that moves everything.

If you’re a fellow diaspora member, you can deny it, but how good does it make you feel to drive around in your brand new car, bought with a mortgage that you pay with the money you make cleaning the toilets of Western Europeans? Was this the primary goal of your life?

This has led to the ruin of family relationships, with relatives becoming more and more distant from each other because one of them realized that they were “loved” for the money they were sending, while the others are annoyed to see that fake wealth thrown in their faces.

In conclusion, the purpose of this article is to make us stop, open our eyes and try to understand where our culture and our way of understanding life has taken us.

Why is a young married guy with children better appreciated than a 30-year-old single student? Why should we put pressure on the younger generation to marry and start a family? Why is the judgement of others more important than our bank account?

Why are women still considered as pieces of furniture in the house, useful only to serve their husband’s needs? Albanian women can become chief surgeons, CEOs of companies, heads of government. Why should your daughter be content to serve tea to guests all her life? Has the beautiful example of Majlinda Kelmendi taught us nothing?

It would be nice to start reading Albanian names cited for supporting this planet.

Why should the girls’ fathers intervene in a relationship that has just begun and force the boy to get engaged to his daughter without even knowing her properly? Why do we not realize that all these things are preventing us from making progress?

Dostoyevsky wrote that men are divided into two categories: those who serve to procreate individuals similar to them and those who have the gift of the ability to say a new word in their environment. The former preserve the world, the latter move it and lead it to the goal.

It would be nice if we, too, began to belong to the second category. It would be nice to start reading Albanian names cited for supporting this planet. Unfortunately, at the moment, the feeling I get when I look at my fellow Albanians is that we are going backward, while the whole world is running forward.

Mom and Dad are optimistic — they tell me that we too will improve, that the change is already happening. I’m a pessimist, however. I’m afraid that nothing will ever change. 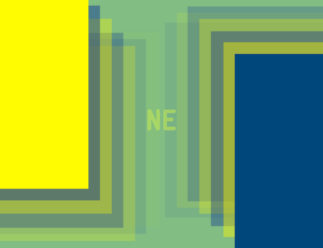 The visa regime between Bosnia and Herzegovina... 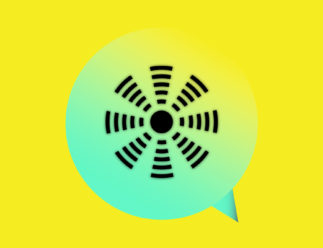 OUTLOUD: The necessity for female rage in... 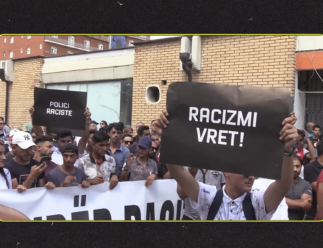