All talk, no action: Human Rights in Kosovo in 2016 - Kosovo 2.0
Perspectives | Human Rights

All talk, no action: Human Rights in Kosovo in 2016

Though rhetoric has been positive, little benefit has been felt by Kosovo’s vulnerable communities this year.

2016 marked another year full of speeches from Kosovar leaders trying to portray themselves as promoters of a multicultural country that guarantees equal rights to everybody, while the institutions they lead failed again to provide a better living for Kosovar citizens. It was also another year that saw challenges for many citizens, particularly those in vulnerable positions, to access their basic rights, ranging from healthcare and education to employment.

Kosovo’s government is expected to soon finalize a comprehensive strategy and action plan on human rights, which will serve as a base document, with concrete steps that relevant stakeholders need to take in order to promote and advance human rights for all Kosovar citizens. The strategy needs to come into force in 2017, although the exact time remains unclear. But bearing in mind how little has been achieved over the years through different strategies focused on different groups and people, the new strategy is unlikely to provide a lot of hope, unless political representatives show true willingness in its implementation.

As the year draws to a close, K2.0 brings together some of the humans right based issues that were part of public debate in 2016, but still didn’t receive enough focus or action.

Anguish extended for families of the missing

The hopes of thousands of families of Kosovo’s missing persons were shattered over the summer after the confirmation that there is no mass grave on the grounds of Prishtina’s University Campus. Excavations ordered by the Special Prosecutor of Kosovo began in July after witnesses claimed that the grassy area surrounding the University contains a mass grave of Kosovar Albanians killed during the 1999 war.

Seventeen years after the war there are still no answers for the families of around 1,650 people still missing and 2016 marks another year that prolonged their hope, anguish and agony. The number of persons disappeared by force by the end of the war has reduced over the years, largely due to the steady uncovering of mass graves — the figure is down from around 6,000. Any report of a possible existence of a mass grave increases the hopes of missing persons’ families, that maybe they can find some peace. 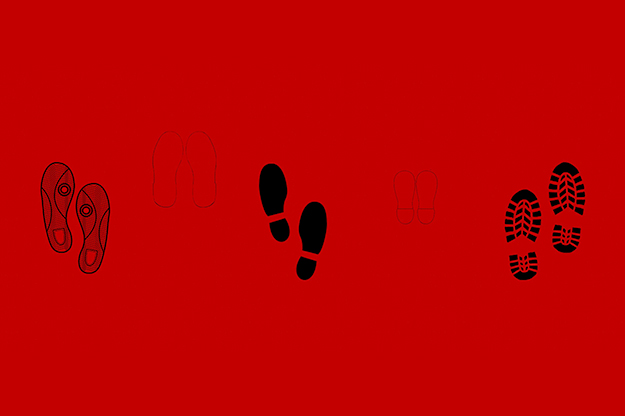 The issue of missing persons has never been on the table at the Kosovo-Serbia dialogue in Brussels, despite civil society organizations and families of missing people requesting that the issue be part of the negotiations. Human rights activists have mentioned that there is reluctance to disclose information, particularly from the Serbian side, as it would initiate another process of investigation and prosecution of those involved in the murders, or in hiding the traces by moving the bodies.

Edita Tahiri, Kosovo’s minister for dialogue, said in October that the issue hasn’t been discussed in Brussels as the European Union had requested lists of the missing persons and Serbia and Kosovo had been unable to provide them.

This year, for the the first time, Kosovo’s president Hashim Thaci said that he will insist on taking the issue of missing persons to Brussels. Then, on International Human Rights Day, Dec. 10, the British ambassador in Kosovo, Ruairi O’Connell, declared that the British Embassy and the Kosovo government are launching a project to strengthen capacities to deal effectively and efficiently with issues related to missing persons.

As the families of missing persons continue to wait for any news and developments, their plights have long begun to be forgotten by society and institutions. A higher pressure from Kosovar institutions will at least give them some hope in having the chance to find out about the fate of their loved ones.

Domestic violence and sexual harassment, child marriage, high discrimination in employment and property rights — the list goes on. Discrimination against Kosovar women is not just a phenomenon present within the family and labor market, but extends to the judiciary, police and social services. 2016 was just another year that failed to show any initiative that would seriously tackle any issue to provide better equality for women in Kosovo. 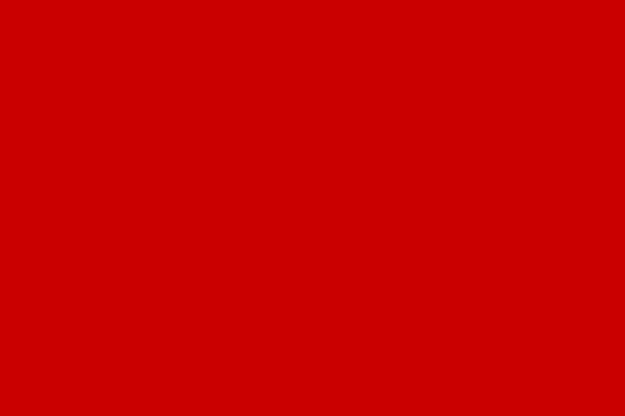 Human rights activists have continuously pointed out that respecting reparations to survivors would lower the mistrust that many feel. It was only in 2014 that Kosovo’s Assembly amended the law on rights of civilian victims, recognizing survivors of conflict-related sexual violence as civilian victims of the war.

Arban Abrashi, the minister of labour and social welfare — the ministry responsible for establishing and supporting the Commission according to new regulations — has repeatedly declared that the verification process of survivors is about to start soon. But ‘soon’ has proven to be an entirely unknown period, as even by the end of 2016 the Commission is yet to be established, though some representatives from public institutions were appointed to the Commission in the autumn.

Functionalization of the Commission will likely start in 2017; it will provide a little hope into accessing their right to reparations for survivors. The process of verification and identification might also have an impact on the inclusion of groups that have never found a place in Kosovo’s public debate on sexual violence during the war: survivors of conflict-related sexual violence from minority communities.

Tolerant in public, homophobic in private

2016 saw the highest visibility of the Lesbian, Gay, Bisexual, Transgender and Intersex (LGBTI) movement in Kosovo so far. The latest LGBTI pride march, which took place for the third year in a row on the International Day against Homophobia, Transphobia and Biphobia attracted support from activists, citizens, government representatives and various high profile international figures. President Thaci was himself present, claiming that ‘every citizen in Kosovo, no matter their ethnicity, gender or sex, enjoys the same equal rights.’

Thaci referred to Kosovo’s Constitution, but the equality he mentioned is rarely felt amongst the LGBTI community. Similarly the visibility of LGBTI activism, from the march to other activities, didn’t increase their visibility in the public domain.

The legal guarantees referred to by Thaci have been contested by activists, arguing that while same sex marriage is guaranteed by the Constitution, the Family Law of Kosovo undermines this by defining marriage as an act between a man and a woman.

The gap between public proclamations and behind-the-scenes beliefs undermining institutional support also reared its ugly head again. Despite Thaci’s message of inclusion, his PDK colleague and president of the Kosovo Assembly, Kadri Veseli, was caught describing leading opposition figure Albin Kurti with the homophobic slur ‘peder’ (‘faggot’), in the series of leaked wiretapped conversations published by Insajderi in the summer.

At the first regional LGBTI conference held in October, hosted by the government of Kosovo and the LGBTI Equal Rights Association for Western Balkans and Turkey (ERA), it was highlighted that LGBTI persons in Kosovo suffer the highest discrimination in the region.

Activists pointed out that the only minimal progress had been the country’s first LGBTI court case. Two gay persons were attacked in their workplace this year, and for the first time in Kosovo an attack has proceeded to trial, despite 18 attacks against LGBTI persons having been reported to Kosovo Police since the war. However the Basic Court of Ferizaj did not consider the motivation behind the criminal attack to be linked to the sexual orientation of the victims.

Most probably 2017 won’t result in drastic changes regarding the LGBTI community. But, recent developments suggest that it needs to provide a continuation of discussion regarding interventions from the justice system and implementation of law. Since the first transgender report was published this December, it also needed to direct the debate towards specific challenges experienced by transgender persons.

The new, long-awaited Strategy for Integration of Roma, Ashkali and Egyptians 2017-2021 was finally presented in its finalized form this November. In 2015, when the government, together with relevant actors, initiated the process of drafting the new strategy, they planned it for the period of 2016-2020. But this year found them away from its finalization, let alone implementation.

2016 didn’t provide anything unexpected for the the three vulnerable communities, who continue to live on the margins of society. Kosovar leaders continued with their dry rhetoric about their ‘efforts to provide inclusion of Roma, Ashkali and Egyptians.’ But this summer’s wiretapping revelations have shown that when it comes to gaining political points in Brussels and in front of the international community, the country’s political leaders do not shy away from instrumentalizing the most marginalized communities. 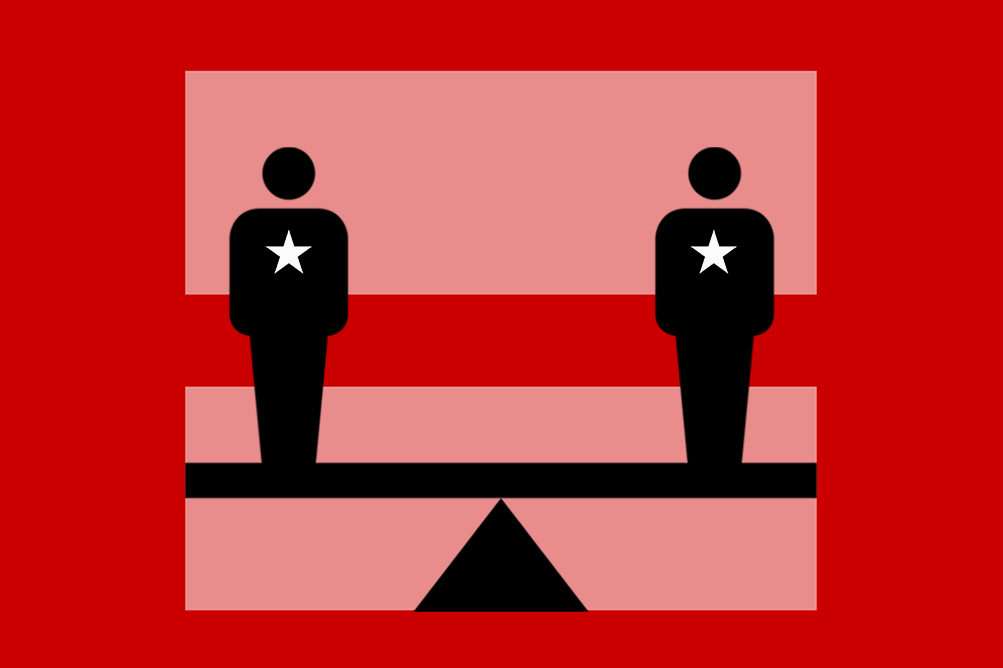 The mocking tone and derogatory language used by leading PDK figures Adem Grabovci and Veseli in a leaked conversation about a visit Veseli had made with a delegation composed of minority representatives, revealed the exploitative approach taken by Kosovo’s senior figures.

The fact that Kosovar institutions and its leaders haven’t been showing real willingness for the inclusion of Roma, Ashkali and Egyptians is portrayed best by the results of the last strategy (2009-2015).

Monitoring reports suggest that after seven years of implementation the strategy failed to improve the lives of the three communities. Roma, Ashkali and Egyptians still face many challenges in practicing their basic rights to — amongst other things — health, employment, justice and social welfare, as their representation in public institutions and decision making processes remains very limited. In order to meet its targets, the new strategy planned interventions in only four sections: education, employment and social issues, health and housing.

With education considered as the main tool for empowerment of vulnerable communities, Kosovo’s institutions first must tackle the high scale of drop-outs affecting Roma, Ashkali and Egyptian communities. Fighting discrimination in the classroom would be a good start.K