Not just a saleswoman - Kosovo 2.0

Not just a saleswoman

A bartender, cook and cleaner. 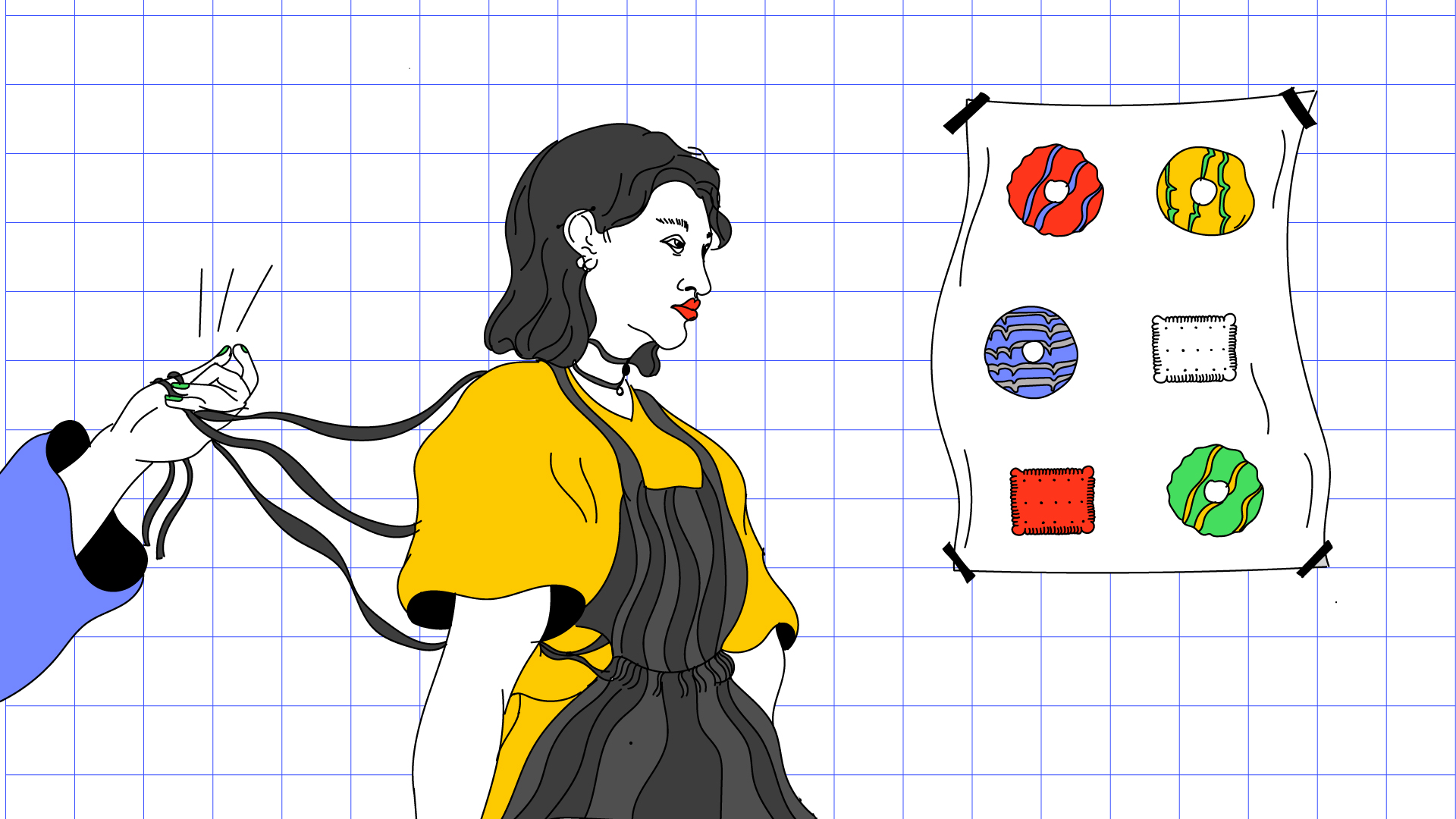 Over time, you learn all of these things.

In the summer of 2017, I decided to spend time in Prishtina and find a job. I was 21 years old and I didn’t want to spend the summer doing nothing. The previous three years, I had eagerly waited to complete my lectures and exams and to return to my village, Karaçevë e Epërme, for the summer holidays. But that year, I wanted something different.

It didn’t matter to me whether my first job would be related to my field of study, English Language and Literature. I felt it was important to start being economically independent. I was committed to not taking money from my family anymore to cover expenses, but instead to provide some money for them.

I searched and applied for many jobs, but I just wasn’t getting hired. Meanwhile, the dormitory’s closure during the summer months was approaching, and if I couldn’t find a job, I would have to return home. I continued applying. Luckily, I went out for coffee with a friend around that time and mentioned to her that I had decided to stay in Prishtina during summer to work. I told her that I had applied for a position as a saleswoman at one of the most well known dessert and sweet shops in town, one that had several locations in Prishtina.

My friend said she knew someone working as a manager in this shop and could get me an interview. I was happy. I even encouraged her to contact him as soon as possible. Soon enough after the interview I started an “internship” there, two weeks of working there, eight hours a day, for no pay. Then if things went well, I would start working for 250 euros a month, working every day except Sundays. After the initial two weeks I got hired.

But I wasn’t a registered worker because I didn’t have a written contract. The first three months I received my salary in cash, most of the time days late, sometimes two or three weeks late. I received no contributions to my pension and there were no bonuses, though I did get some daily tips from clients that the four of us workers on the shift split among ourselves. In my position as a saleswoman, besides working as an ice cream and cake seller, I also did other jobs that were not part of the job description. I was a bartender and a cook, I cleaned the floors and bathrooms, I did anything that was needed.

Even the working hours for the evening shift were problematic — from 3p.m. to 11p.m. During summer, when there was a lot of work, there were times when we worked until after midnight when the bar closed, until we put things away and got everything ready for the morning shift. I was afraid of walking back to my apartment alone after midnight. Sometimes if my brother was still awake, we would speak on the phone from the moment I finished work until I arrived safely home.

Only after three months was I registered as a regular employee and started receiving my salary in my bank account. But I quickly started thinking that it was time for me to leave this job, to look somewhere else. The owner made comments such as, “Why are you sitting, there is always work,” even when there was no work or clients. It started to become too much. I once brought a book to read after we finished all the work we had and the bar was empty. The owner came and saw me reading, and asked me, “What are you doing?” I told him that I was reading a book, since there was nothing to do as we had finished all the work. Surprisingly, that day he didn’t disturb me and didn’t make any rude comments like he usually did.

At that moment I realized that I wanted another job that would allow me to return to my love of books. After a similar episode with the shop’s owner, about what exactly I don’t remember, I gave my two weeks’ notice.

Over time, you learn all of these things. You get used to working under time pressure and you become fast without getting angry, you get used to keeping calm but you always keep in mind that you want to go further.

Despite the fact that this job provided me with grim insights into the labor market in Kosovo, I remember that time as a sweet experience in a sweet shop where I became friends with colleagues and clients. After all, it was a good feeling to return to the village with my money, to give some to my family, and to buy whatever I wanted. For the first time, I felt independent, confident and good about myself.