Working without a contract - Kosovo 2.0

Working without a contract 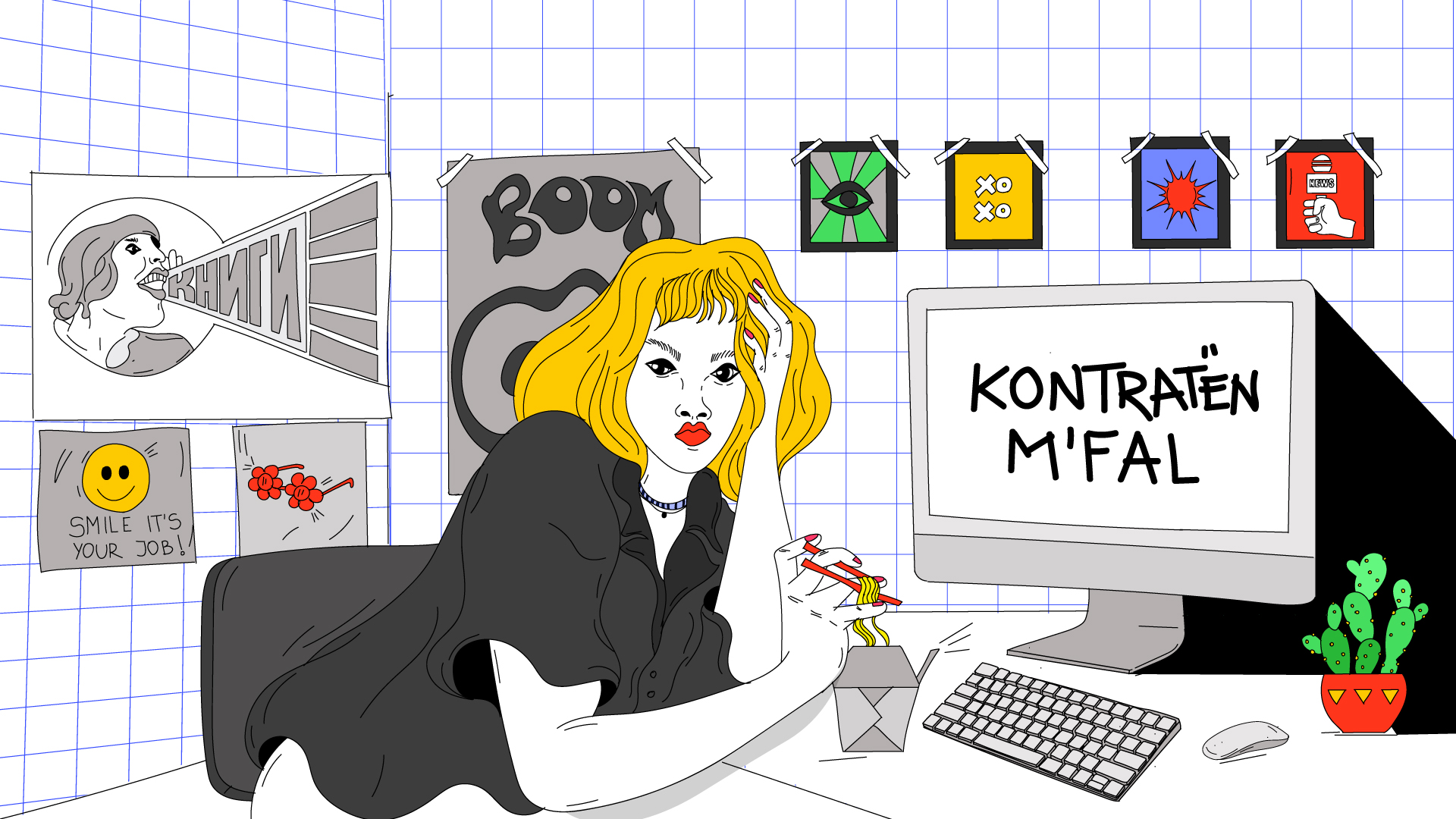 We need to talk about working conditions.

The history of my first (and current) job may seem mysterious given that I can reveal neither my name, nor my workplace, nor any other identifying elements. I am afraid that someone from work might read this and fire me. I do not have any protections that would allow me to write in my name and keep my job. But that’s exactly why such stories about the workplace matter.

In my early 20s, about a year ago, I applied for a job related to my field of study. As a student, I had no other work experience other than a short internship. After passing the first stage of recruitment, I went for an interview. It was my first one ever. The institution I was applying to was one of the best known in the country, so I thought the experience there would benefit me.

After I was accepted, they told me that I had to go through the internship phase for the first month, so the compensation would be lower and I would not be able to get a contract without passing this phase. Of course, I followed the instructions knowing that I was new in this job.

At this stage, many tasks had not yet been explained to me. Then I made a mistake when calculating my working hours in my timesheet at the end of the month and ended up losing a considerable amount of money. None of my colleagues helped me resolve the issue.

When I started working properly after the internship I had to ask for the employment contract five times through official channels, and then five more times as a “joke.”

Any time management learned about a mistake I made and scolded me a little, I would explain that it would not have happened if all the procedures were written in the contract. Each week for the next three months I asked them to at least let me know when I would be able to sign a contract, explaining that this would clarify my role in the institution and enable me to perform my work to the highest level. These requests were always ignored diplomatically; management would acknowledge my right to request a contract but dismiss any responsibility they had to provide one.

They would say that they were busy with work, that there were a number of workers whose contracts needed to be adjusted and that there were many irregularities due to circumstances that they weren’t to blame for. For example, at that time we were still struggling with the pandemic. After three months passed, at the beginning of the fourth, I sent a final email telling them that if I did not receive a contract I would contact journalists about this irregularity.

Meanwhile, they made it pretty clear that the issue of salary and contract should not be discussed with colleagues due to confidentiality. “What should I talk to colleagues about if not (ir)regularities at work?” I thought to myself.

I was very surprised to see that nobody really cared about not having a contract. They almost convinced me that we don’t need one. Only if you need to apply for a visa, then the employee receives a contract that includes all the job description.

A colleague told me that she once read another colleague’s contract who had applied for a visa. There was no connection between what was written in the contract and what their job actually was. In that “pseudo-contract,” the colleague said there were procedures for medical leave and work compensation in case of emergency absences. However, until now, I have seen these situations resolved only through improvisation and collaborations between colleagues who share social relationships.

When I finally received the contract a few months ago, it turned out that at that time the institution was undergoing a re-accreditation process and the leaders of the institution personally contacted all the staff to give us contracts, which we had to sign “urgently.” I felt good. I thought I had had a good influence on the institution and that I was speaking up for those who had more to lose if they started to talk.

But when I met the director I was disappointed. “See if there are any mistakes,” she told me, “if any correction is needed, we will do it.” When I skimmed through the contract I started counting. One, two, three, seven, eleven errors… and I gave up. I had a piece of paper in front of me that, besides not even functioning as a decent job description, had glaring spelling mistakes. I concluded that the only function this piece of paper served was to document the poor functioning of the institution, and ultimately, of the society that agrees to work in such conditions without even trying to complain.

Today, I continue to work in that same workplace with a contract that lacks the essential elements of a contract. The worst part is that no one talks about it, not even my colleagues.

I don’t believe that problems with contracts will be solved solely through recounting experiences as I have done, not if part of society accepts conditions that are not favorable to anyone other than the employer. But I do hope that sharing these stories with others can make society realize that it is we who keep this irregular mechanism working. And we are the ones who can stop it.

Editor’s note: The author’s identity is known to the editorial staff.