Protesting and celebrating: The Kosovar LGBTQ+ community returns to the streets

After a constrained pandemic year the community let its colors fly once more.

The Kosovar LGBTQ+ community held its fifth Pride parade in Prishtina on July 1. Because of the pandemic, last year’s Pride was marked by a procession of cars. But this year the community celebrated and protested together physically, taking over the center of the city.

A large crowd of people joined the parade under the motto “Together and Proud.” The march started at the Skënderbeu statue, in front of the main government building. A truck blaring pop music with dancers and colorful balloons, giving the parade an atmosphere of a giant party, led the marchers through the main squares and up to the Cathedral and then back again to Zahir Pajaziti square.

The event ended with a powerful speech from Lendi Mustafa, one of Pride’s organizers, demanding the inclusion of LGBTQ+ rights in the new Civil Code. Mustafa also announced the opening of a new municipality supported shelter for LGBTQ+ people in Prishtina.

We look back at the parade in pictures and have asked some of the participants what Pride means to them. 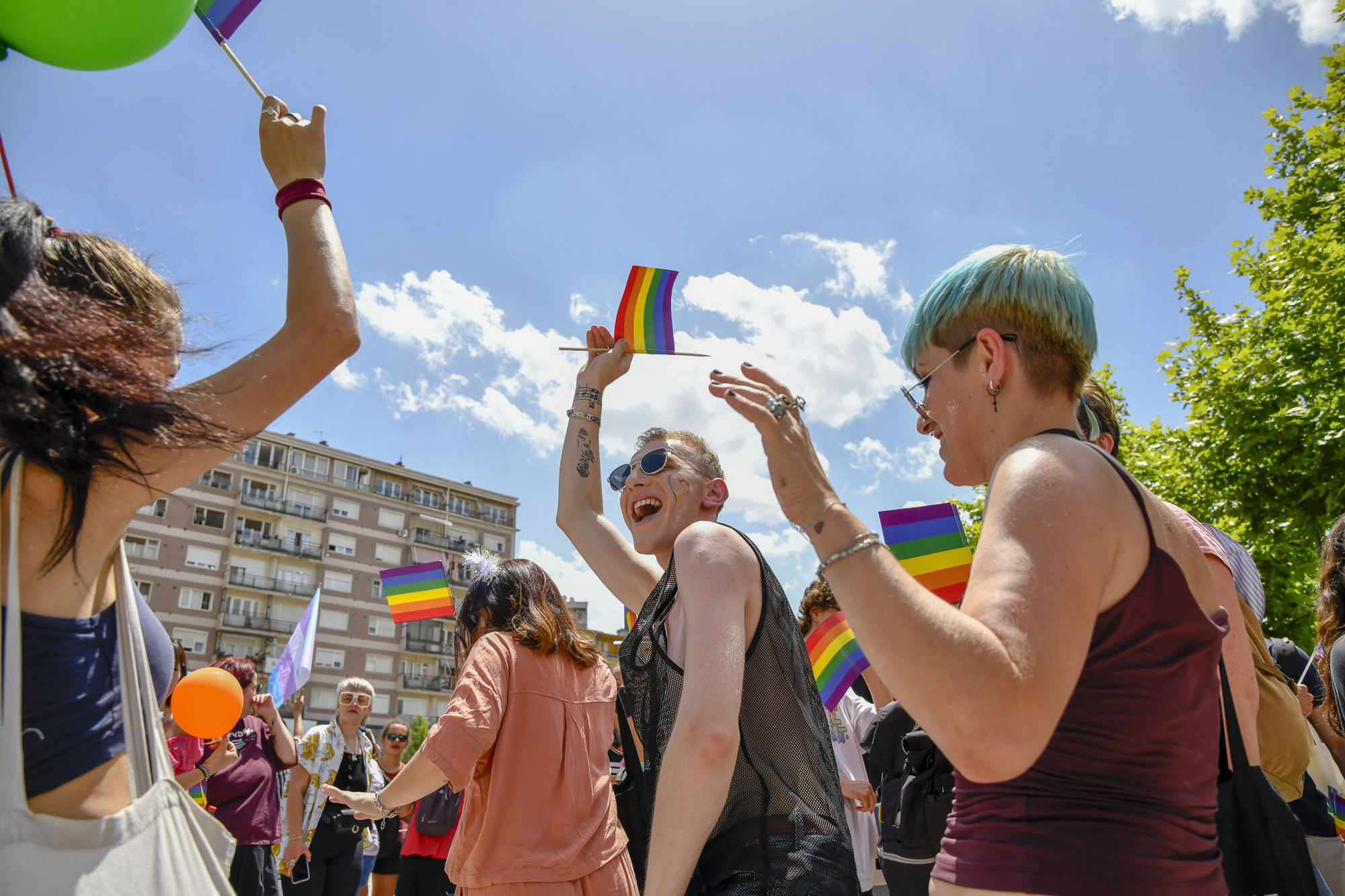 “Pride for me is a way for the community to stand together, and this is so important when you are queer, especially in a discriminatory society. It is crucial to claim and take back the public space, to show that we exist, and interrupt and disturb the existing reality.” - Anita 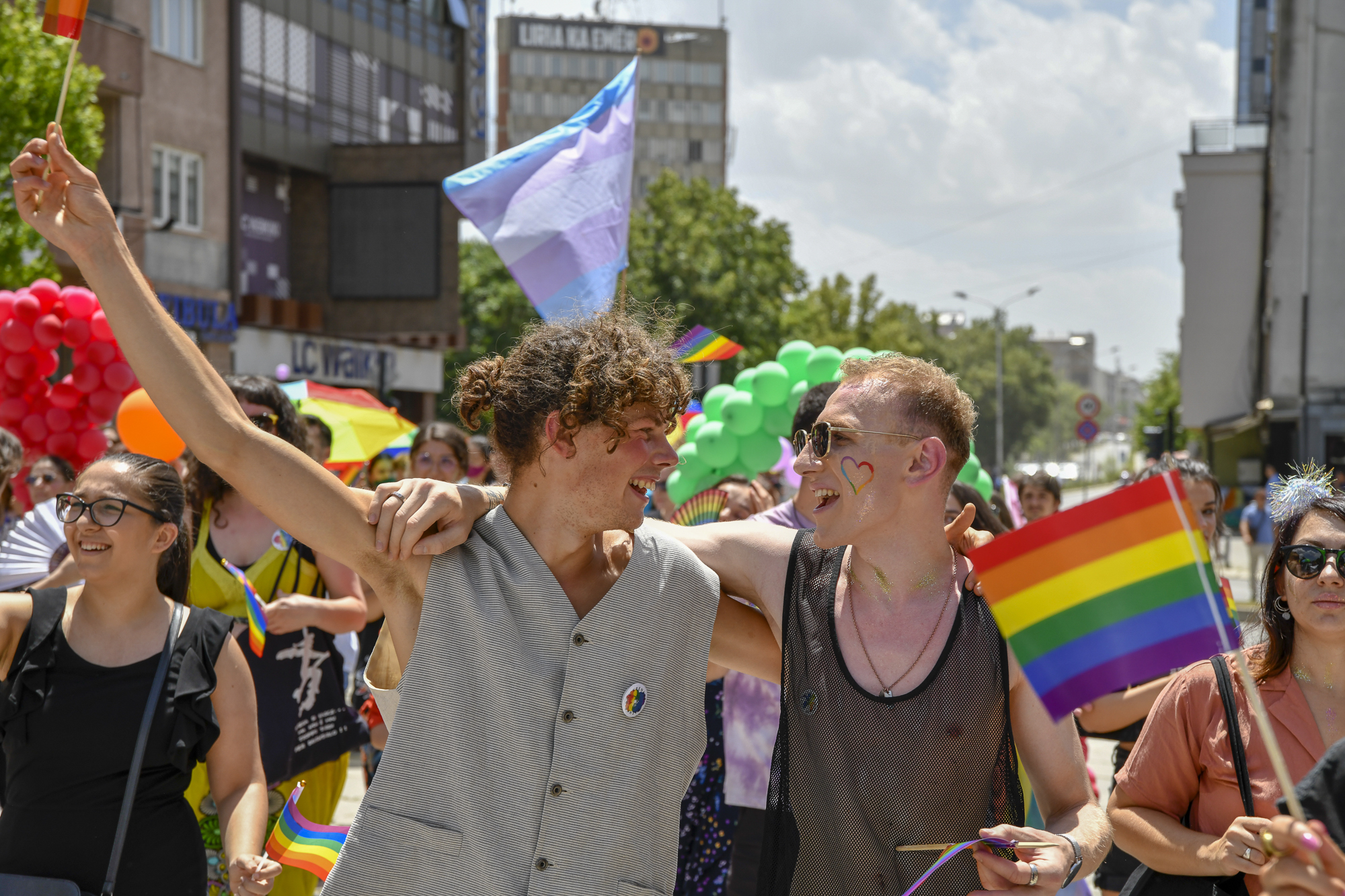 “Society must let us live. This is exactly what Pride means to me, ‘Let us live.’ We can not be happy and proud, if we can not live freely at first.” - Din 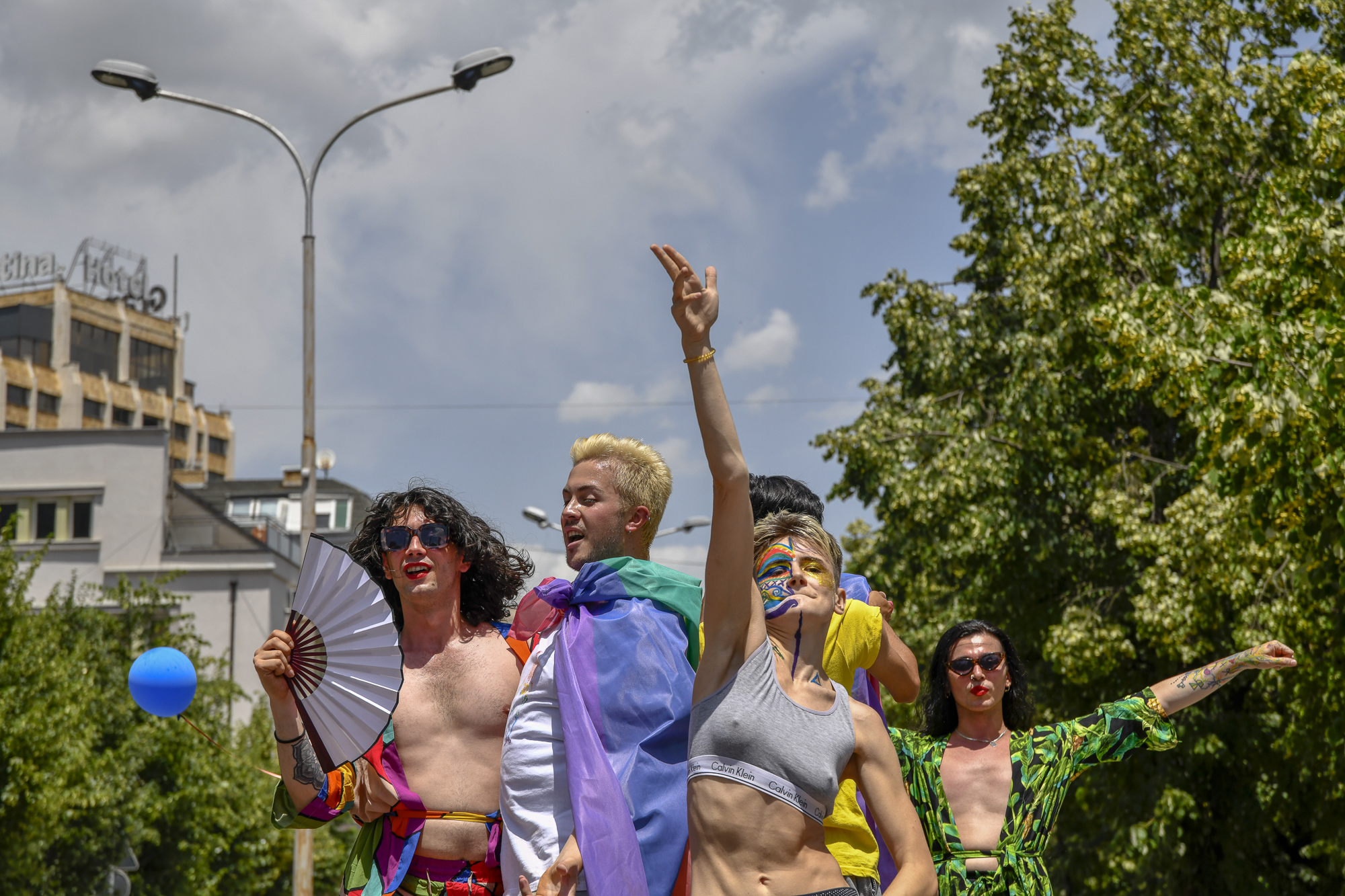 “We came from Tirana to support the LGBTQ+ community in Kosovo; to show that we exist and that we are here, even though some people still don’t want to admit that. We are simply asking for our basic rights.” - Ilda B 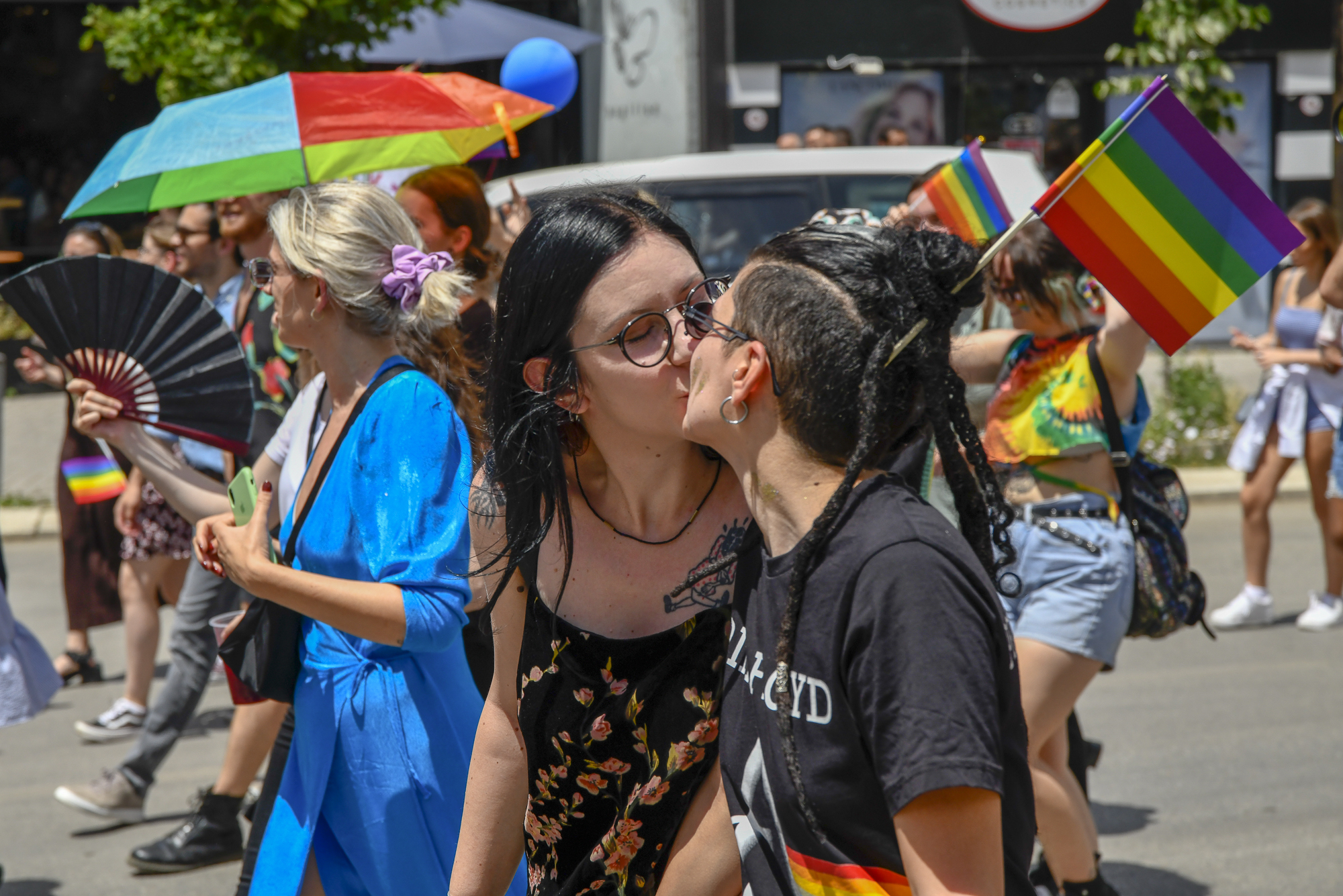 “I feel happy that I joined the Pride this year. It’s my first Pride; last year I couldn’t join because of the pandemic, and now I’m realizing this is the place where I belong, where I feel free to be myself. I recently came out, and this feels like home. Even though I came here alone, I am not feeling lonely in this atmosphere.” - Urata 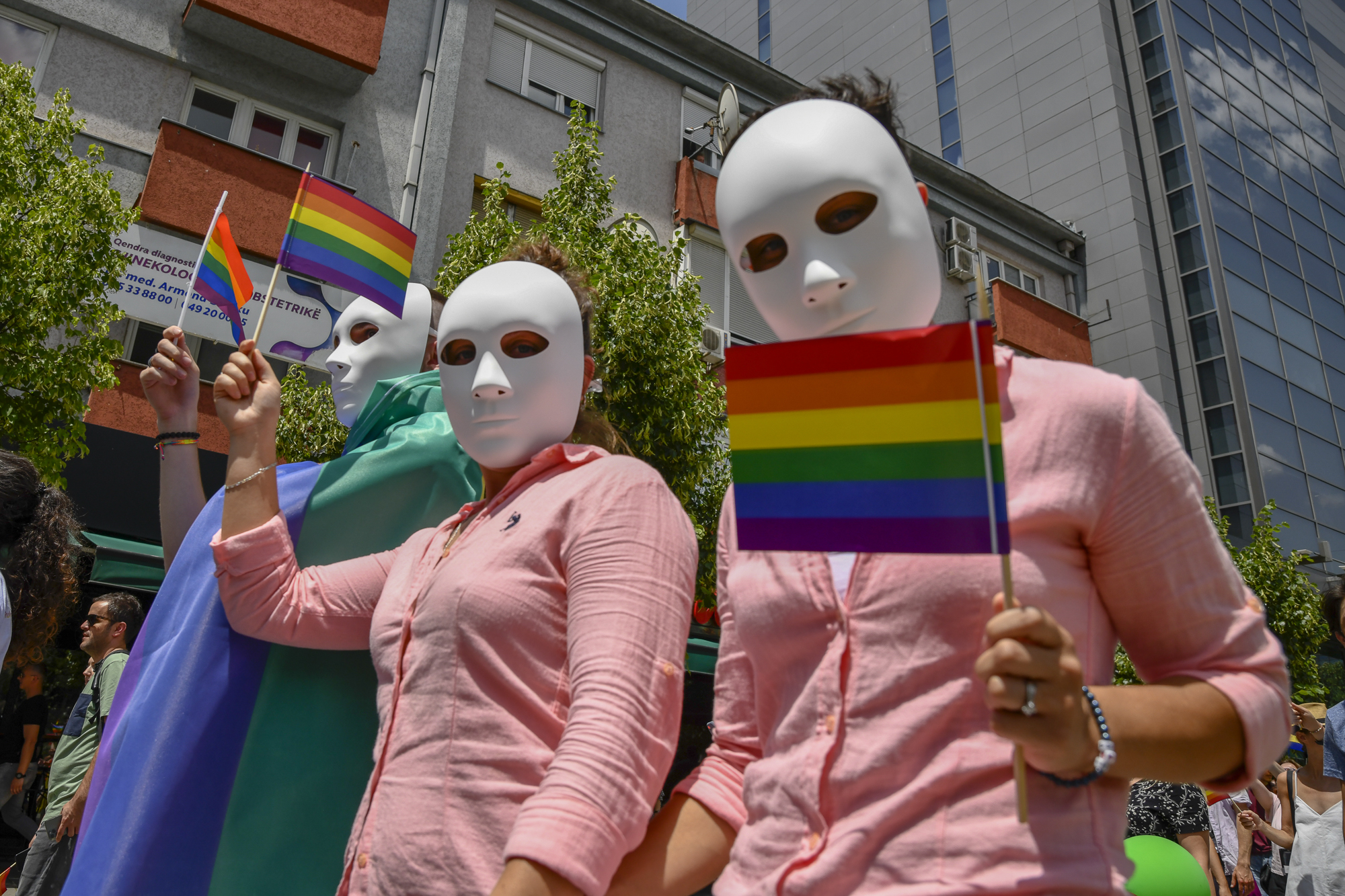 “I am here together with my friends to show support and to say that to be yourself is a basic human right. I am happy I took the courage to stand for what I believe is right.” - Tanusha Bytyqi 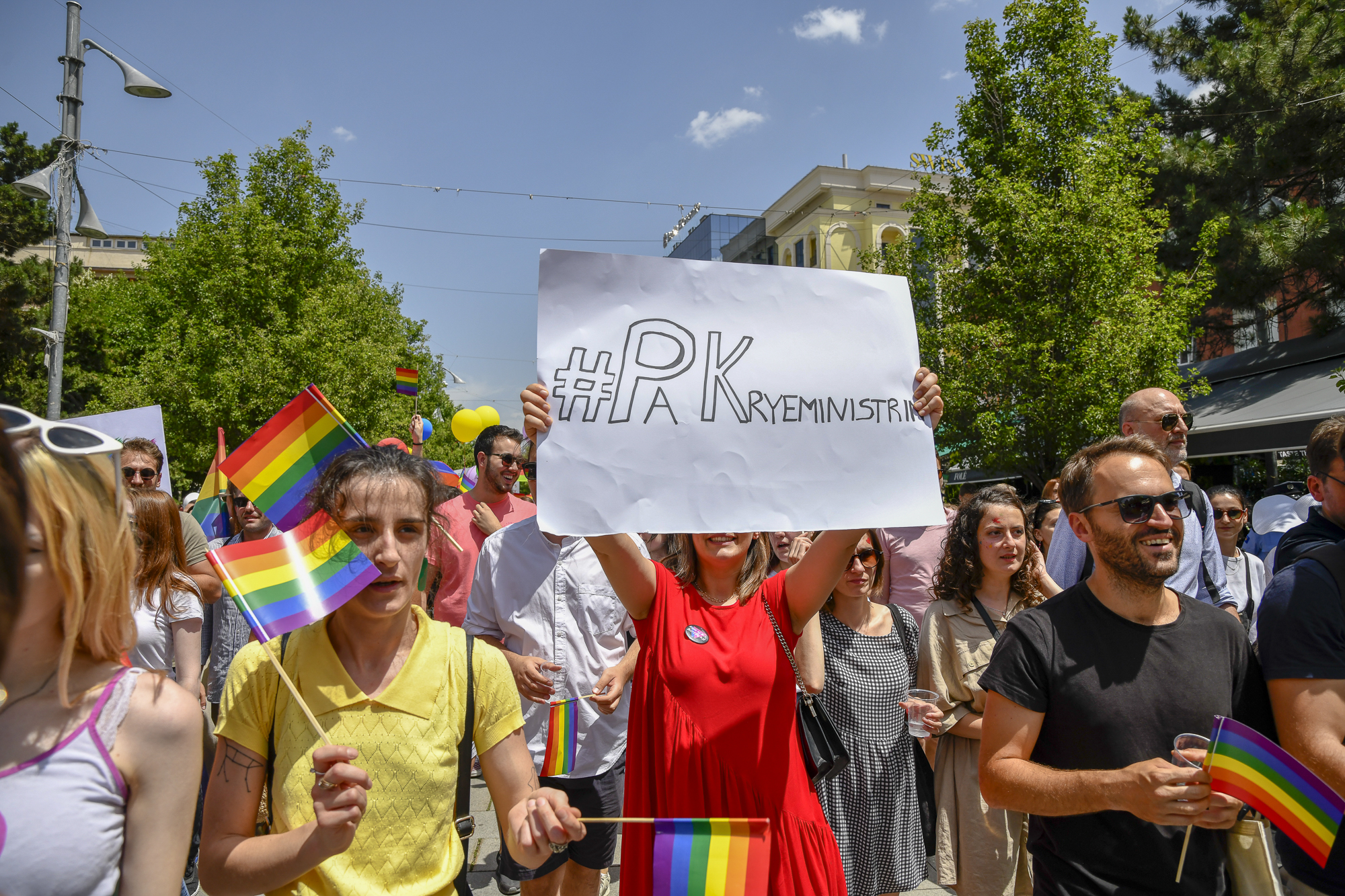 “I see Pride as a supportive march for all the oppressed people. I was at previous Prides as well, and I will always be here to protest until we fulfill our common purpose — equality for all the people.” - Nita 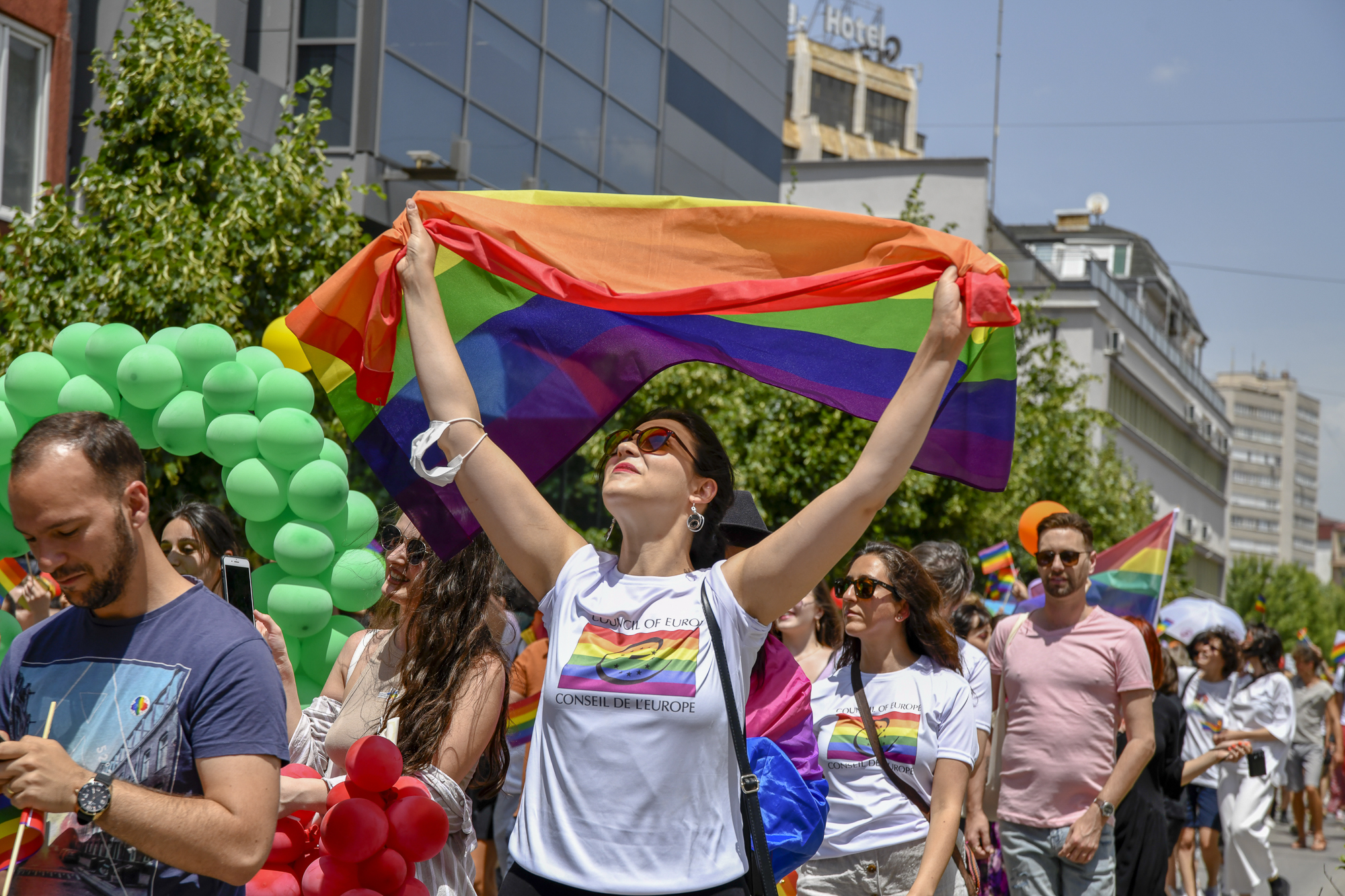 “Pride for me is the axle of equality, and I’ll repeat the well-known quote ‘no one can be free until everybody's free.’ If the LGBTQ+ community is oppressed in Kosovo, neither we, who are not part of the community can be free. Until we overthrow the patriarchy, there will be no freedom and equality for the people, except for the privileged ones. - Nisa Sherifi 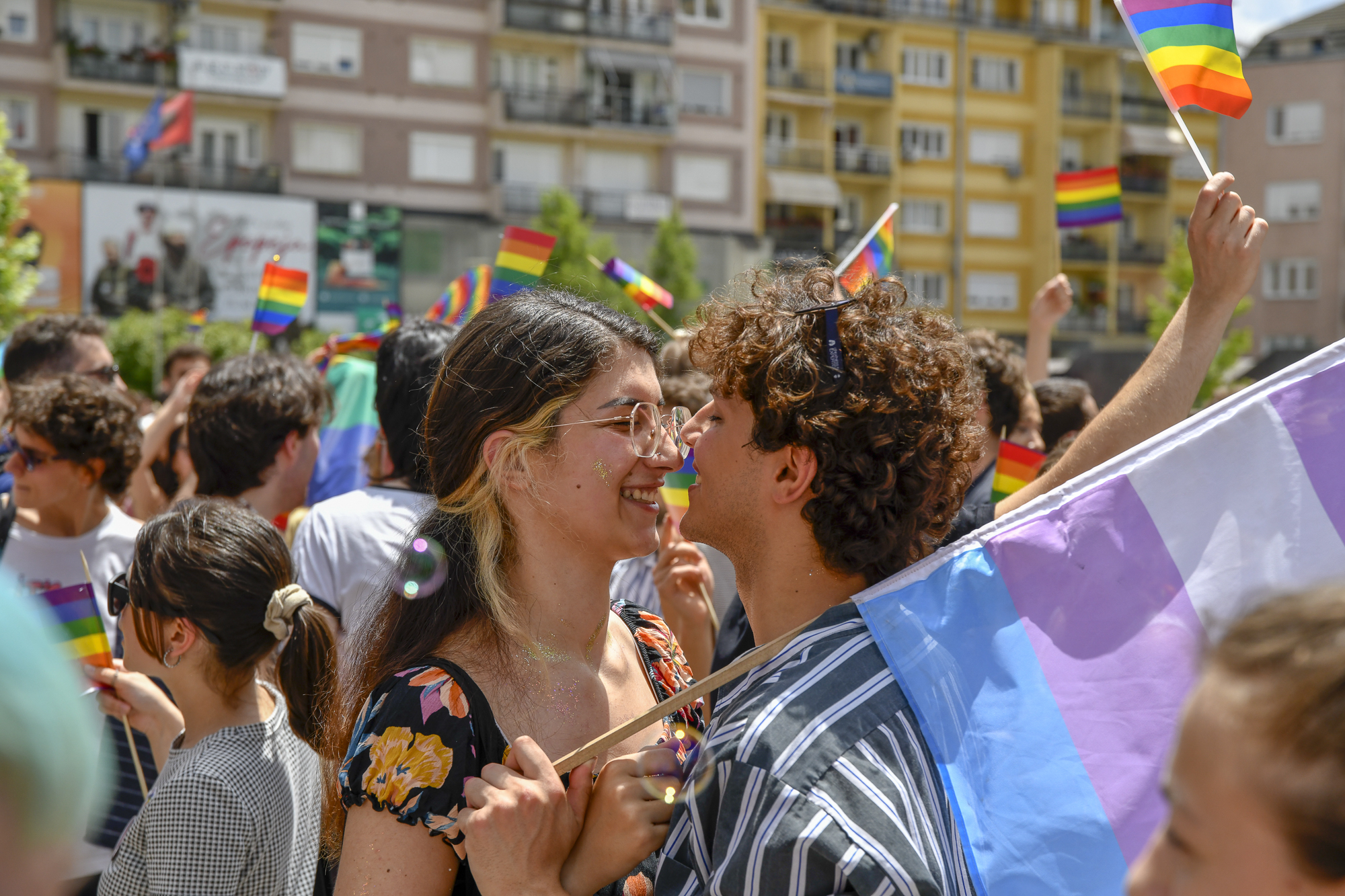 “I think the Pride Parade is one of the most important human rights events. We know that the situation of LGBTQ+ people in Kosovo is not good, and in this regard Pride helps to raise  awareness in society by being visible and bold. Pride parades are also spaces of remembering those who lost their lives for the LGBTQ+ cause, so we can be here today chanting freely for love.” - Noli 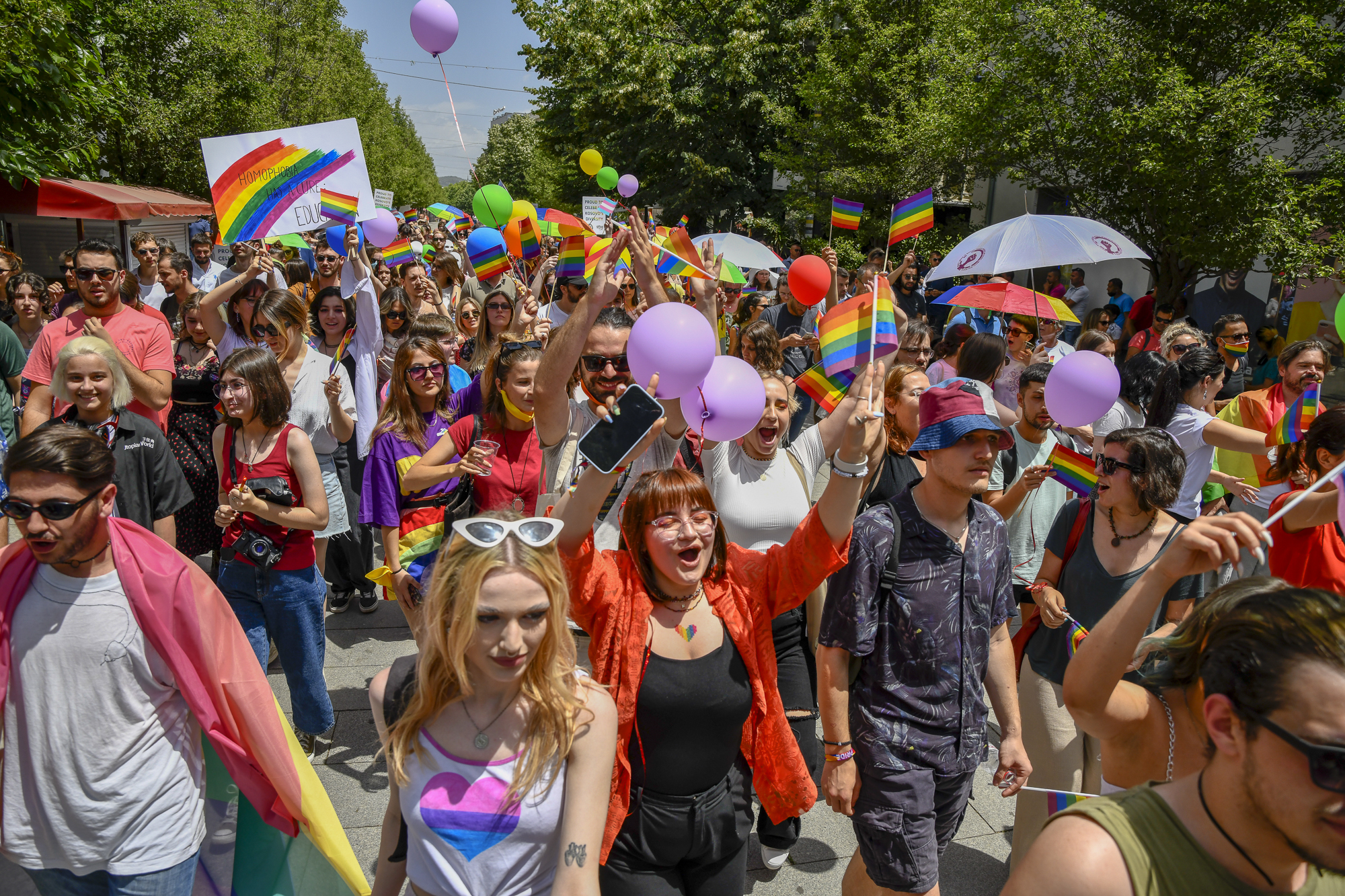 “I am here to be part of this fantastic event that symbolizes love and respect among people, regardless of who they are.” - Bardhi Bakija 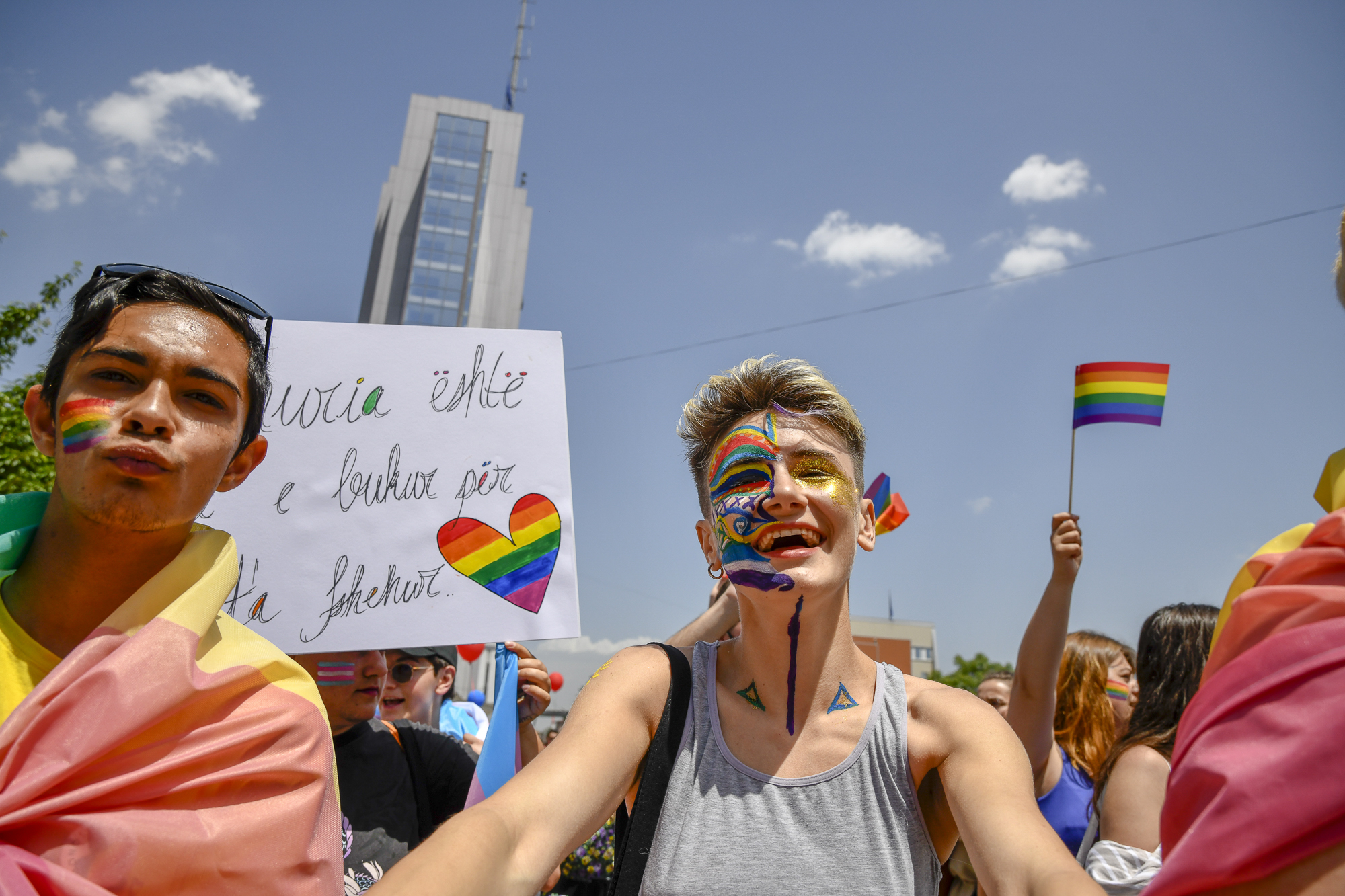 “I am here because I do not want to stay neutral. If we do not show support, then we choose the side of the oppressor.” - Edvin Susuri 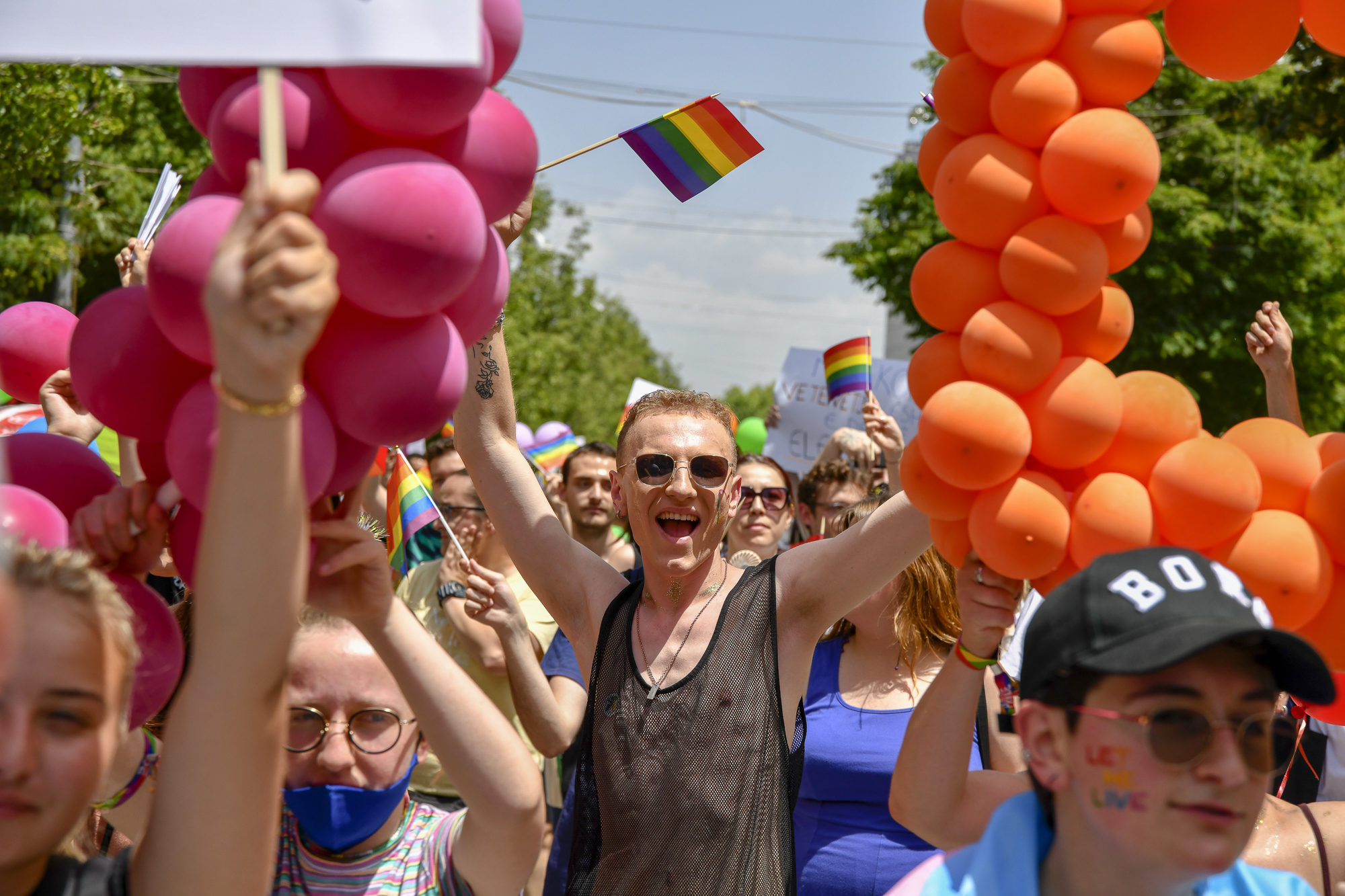 “I am here to celebrate myself. I think the Kosovar mentality makes you internalize shame, and this is why Pride is so important — to protest for our rights because we still are not where we should be. It allows us to be visible and make society reflect on our existence. It’s a way of collectively shouting “We want our rights now.” - Anonymous 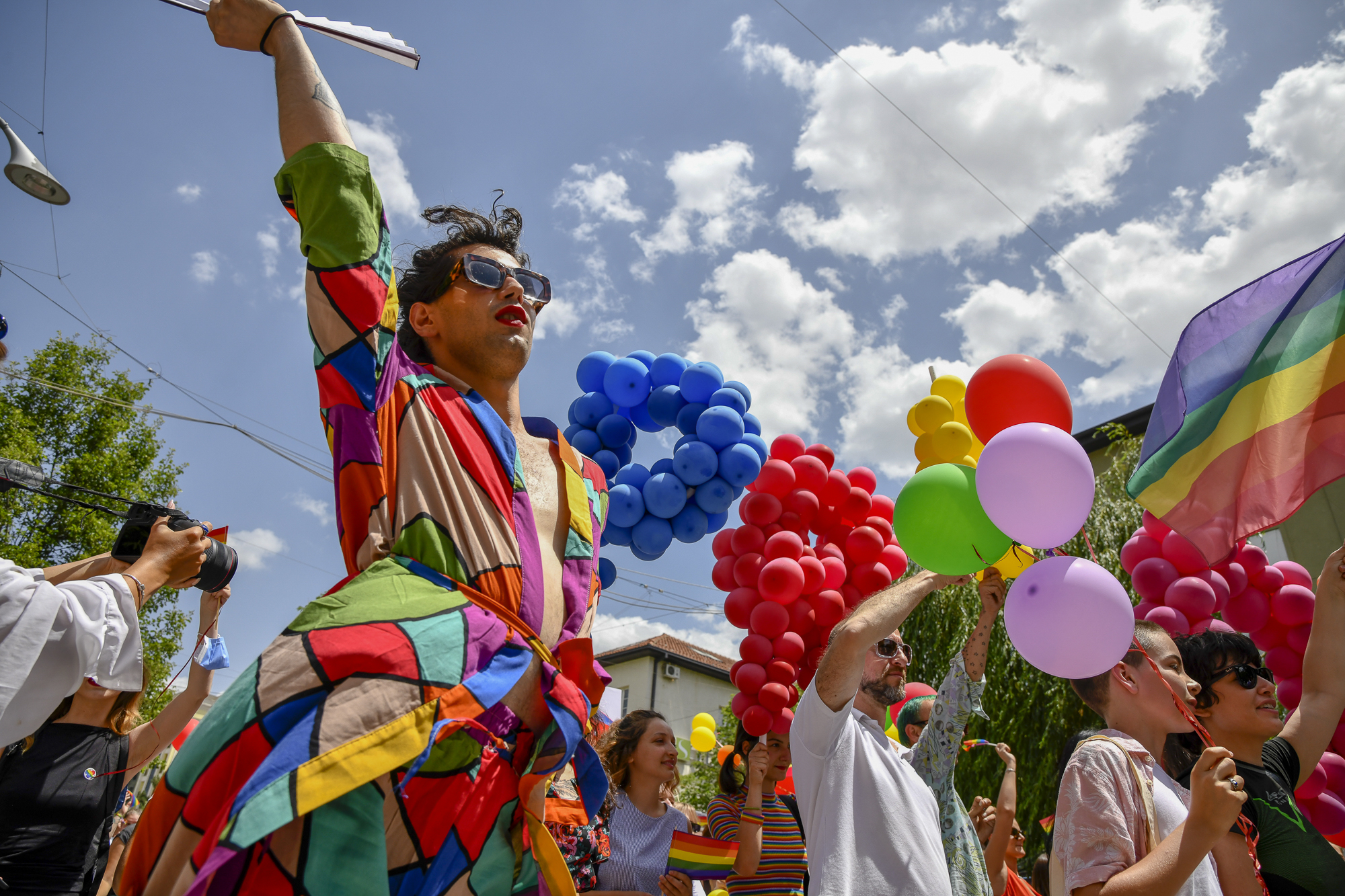 “I hope that after some years Pride will be more of a celebration than a protest. We need to work hard during the whole year — not just for Pride — to realize our rights. But for today, I’m enjoying myself.” - Vigan Hoxha 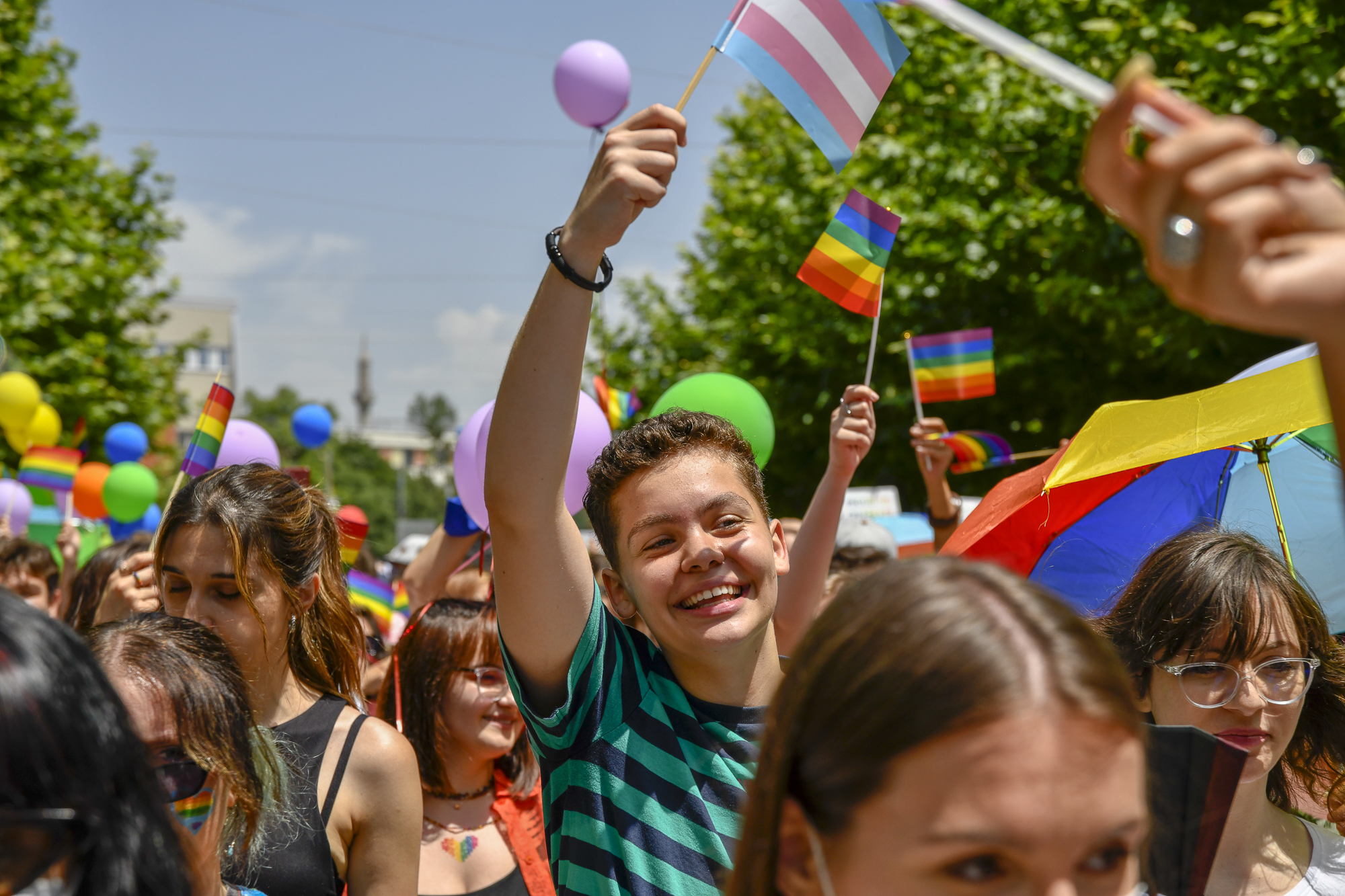 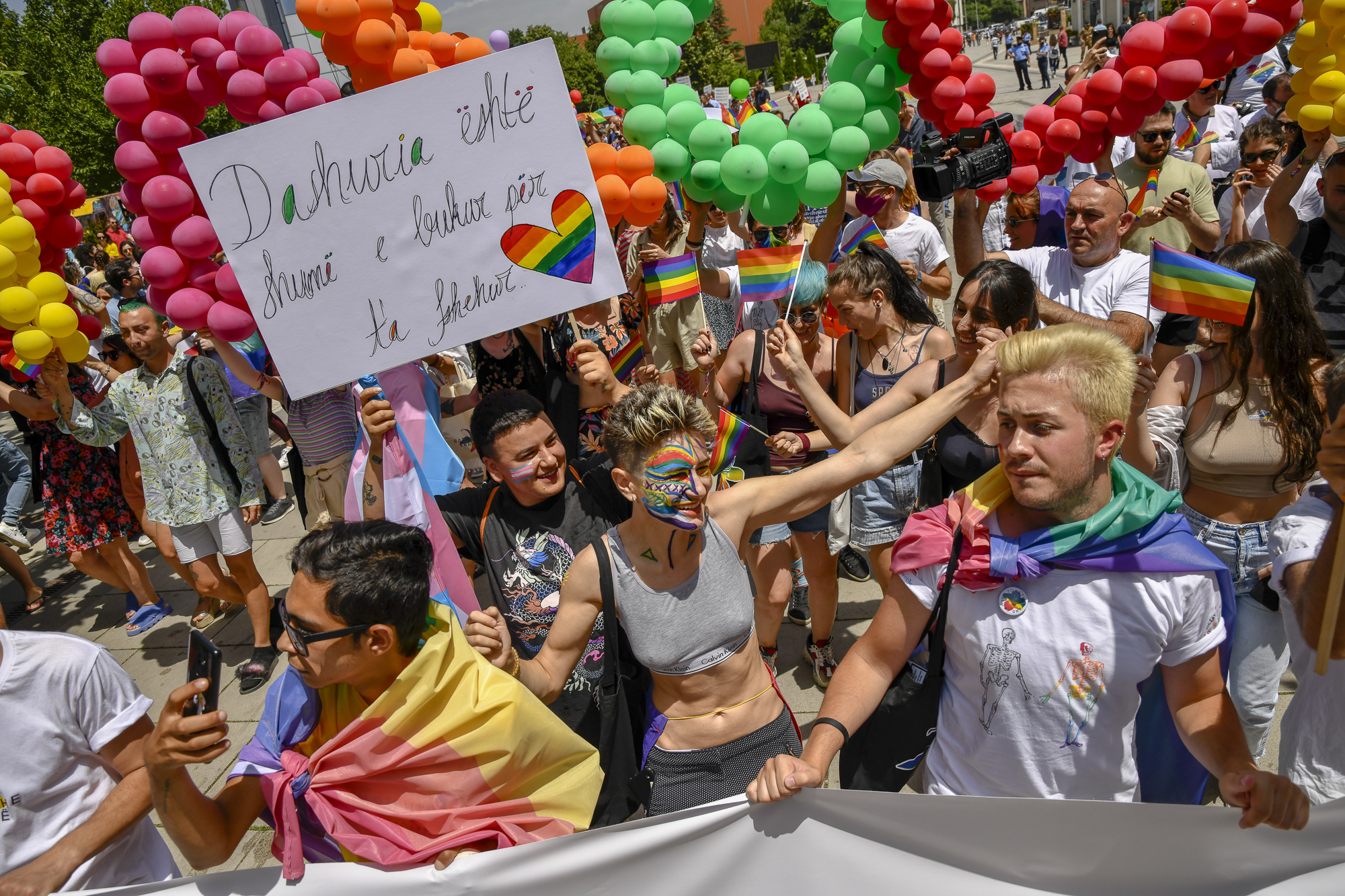