Kosovar women and men took over the main streets of the capital to once again mark March 8, International Women’s Day, by demanding social and gender equality.

Under the same MARShojmë S’festojmë (MARCHing not celebrating) banner as previous years’ activities, the now traditional march was organized by the feminist collective of the same name. This year’s march was dubbed Ka Ardhe Koha (Time’s Up) and called for economic rights and measures to be taken to fight poverty and the wide gender gap when it comes to participation in the labor market. Organizers also highlighted the need to fight the oppression caused by gender stereotypes, as well as the issue of unpaid labor.

Hundreds of citizens gathered in Prishtina’s central Zahir Pajaziti square, before embarking on a march through the city, with the aim of spreading the message to local and global communities that the collective won’t capitulate in the face of challenges and will continue to fight for a diverse and equal society.

Amid an energetic atmosphere, chants calling for work contracts and health insurance and parental leave for fathers and equal opportunities were heard, alongside statements decrying patriarchy, discrimination and homophobia. 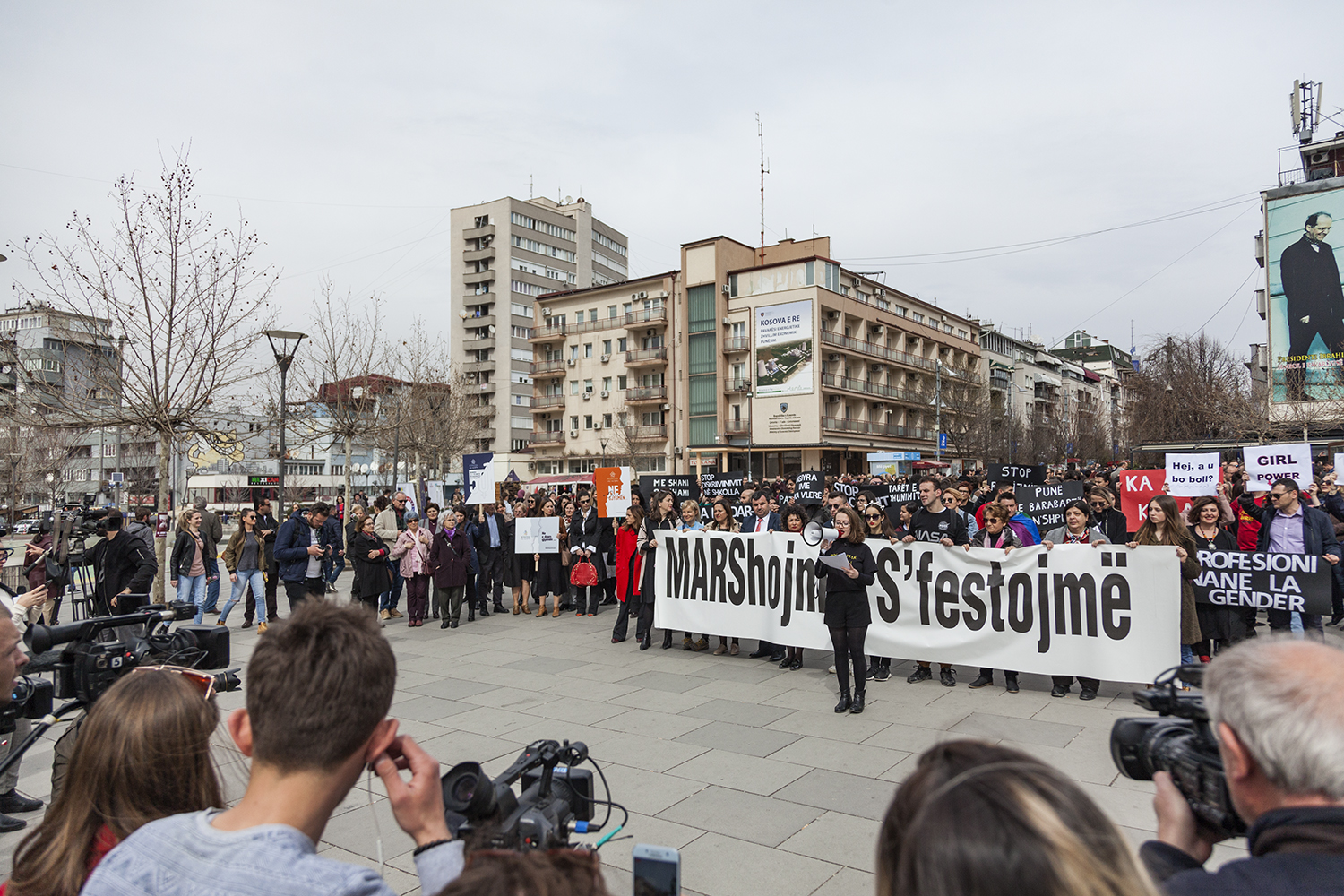 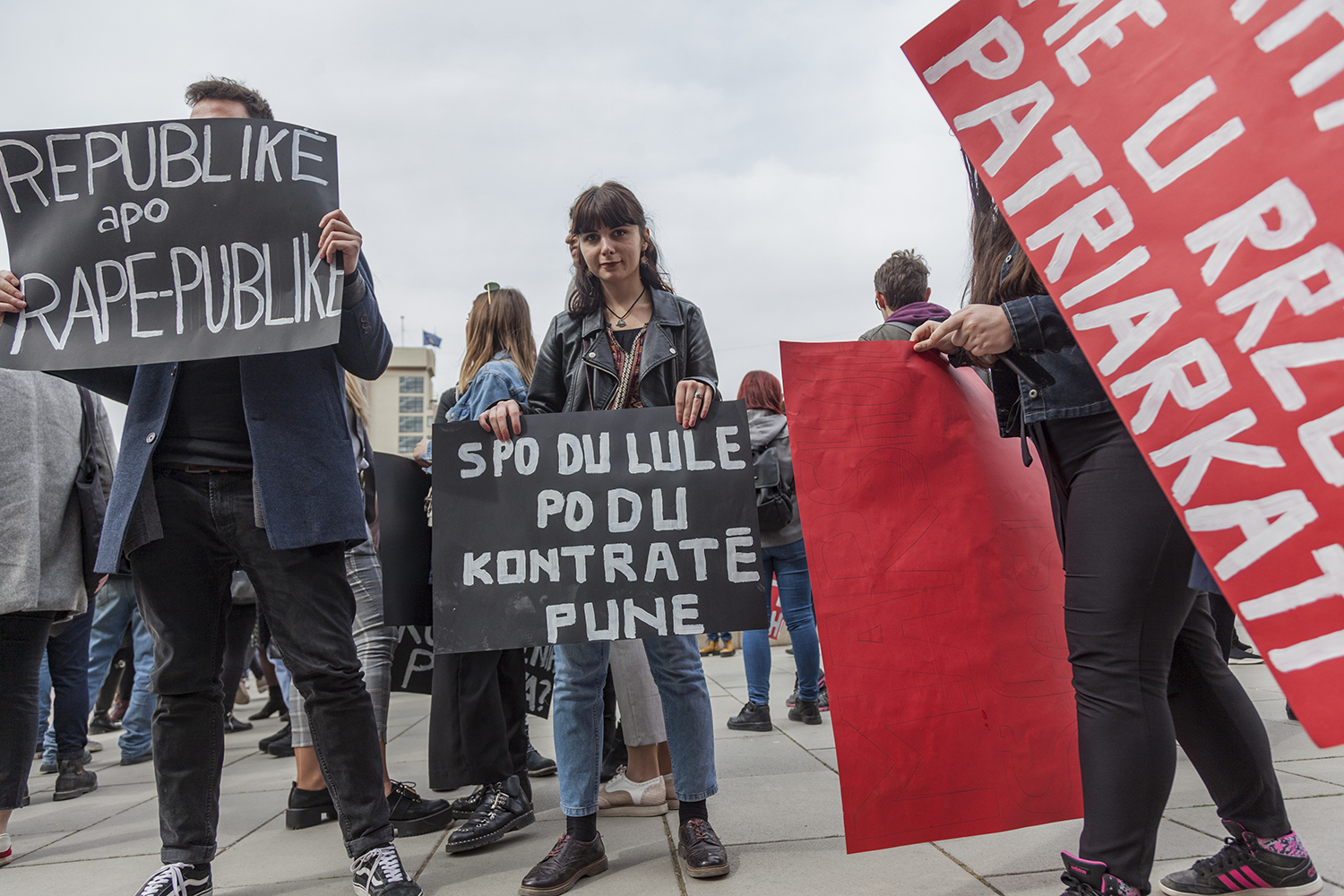 “Now's the time to treat gender equality as something crucial, it won't just be reached in time.” Valmira Rashiti 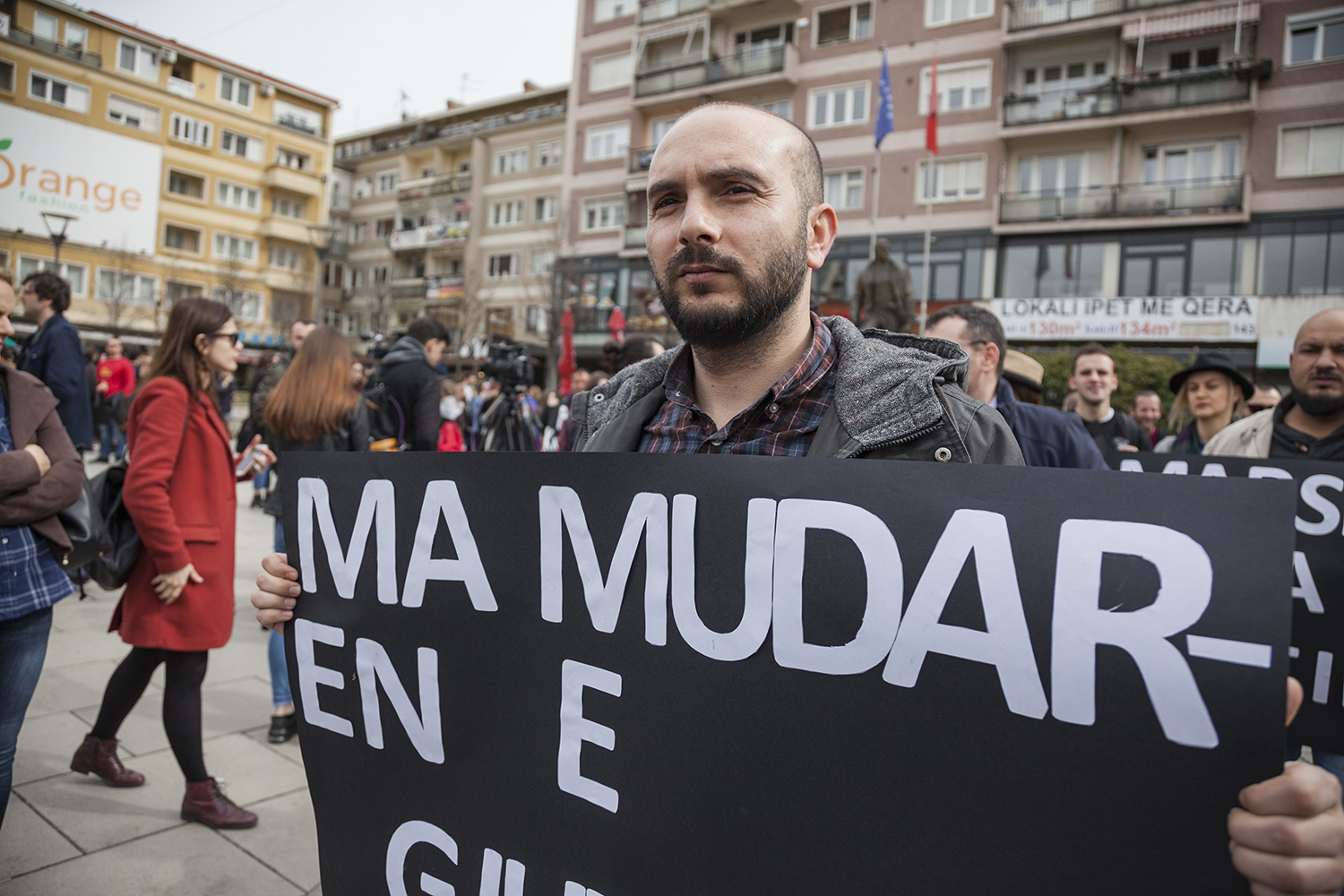 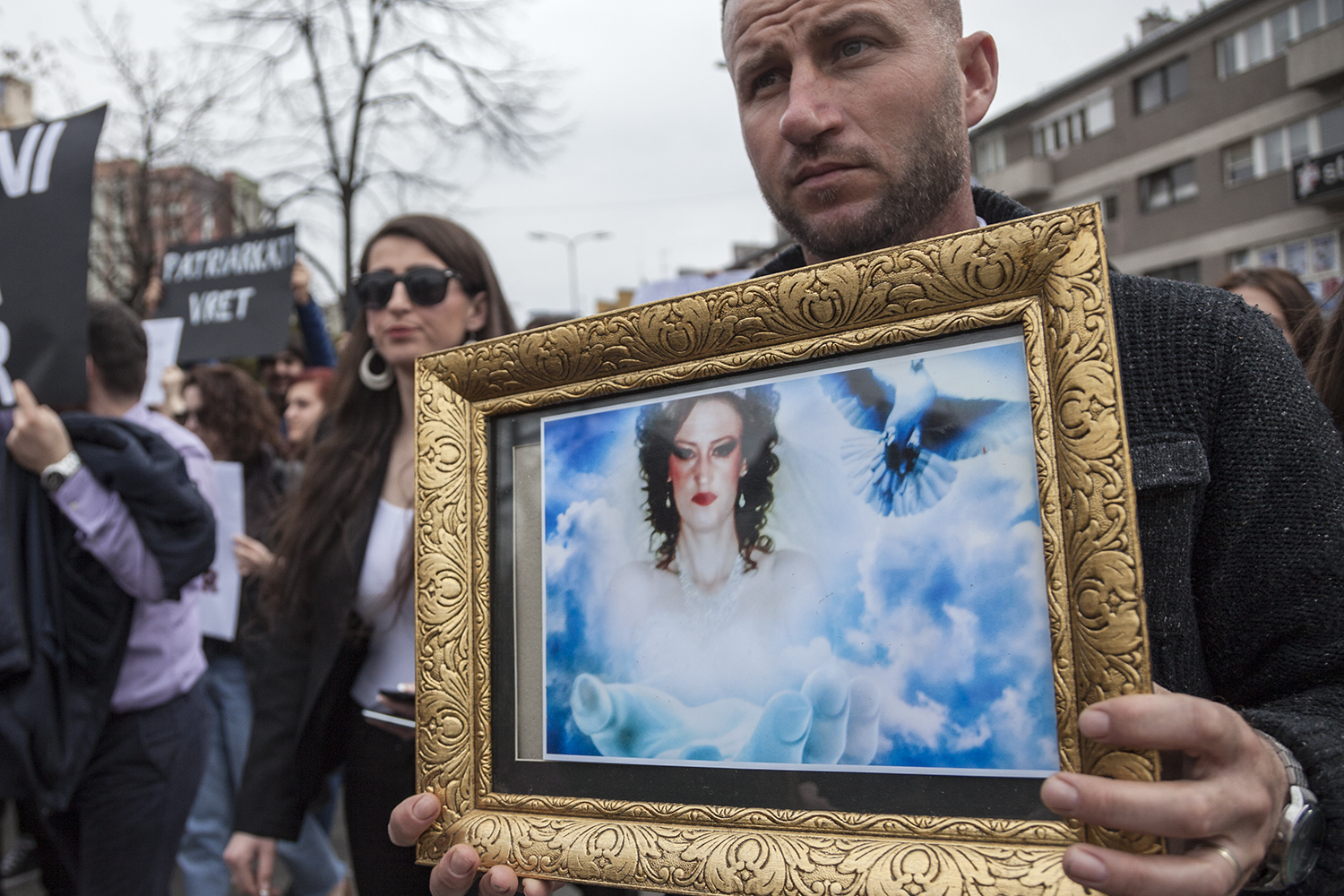 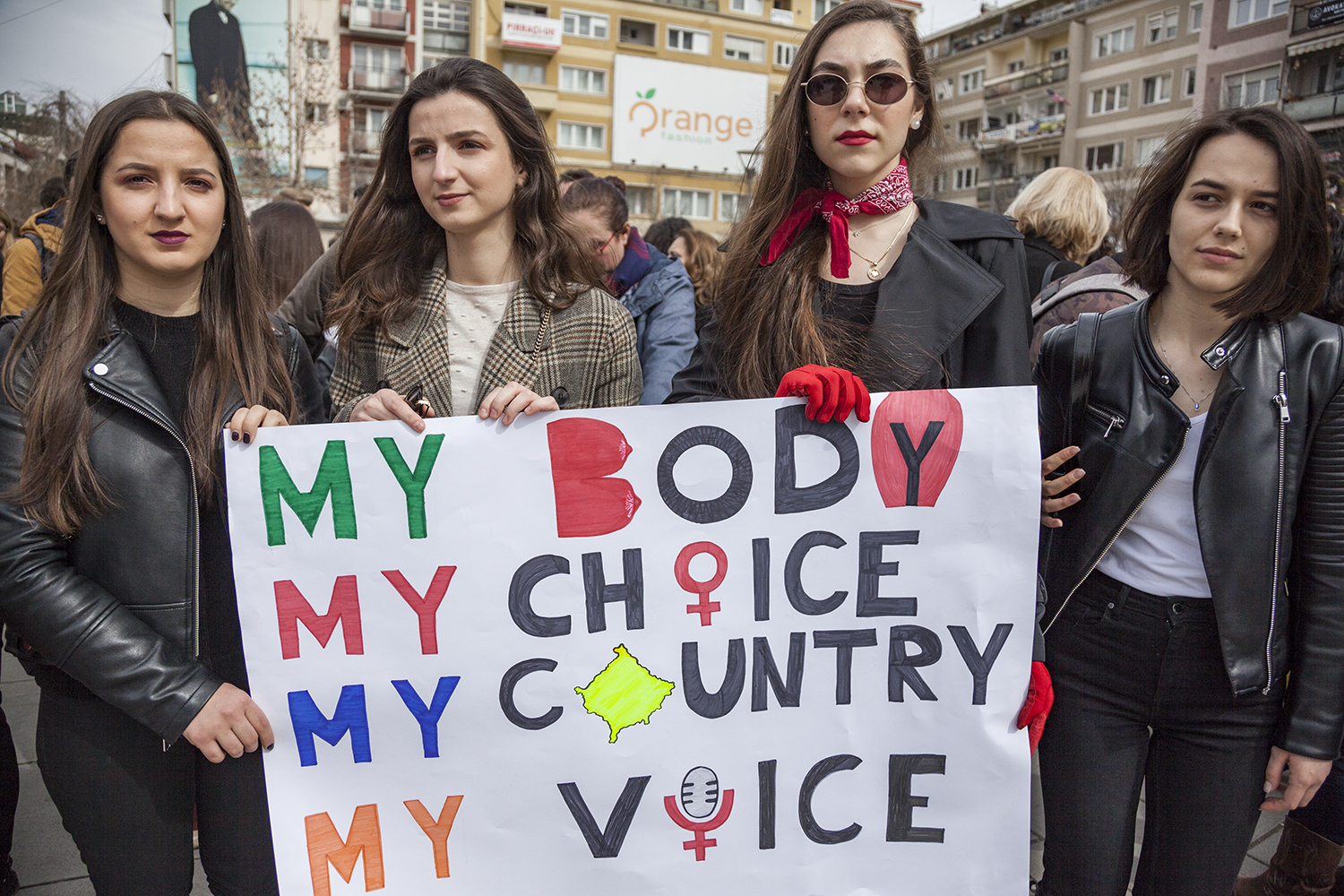 "This is a women’s protest and very often we forget that there are lesbian women, transgender and bisexual women that are maybe twice as discriminated against. I’m protesting today for them too." 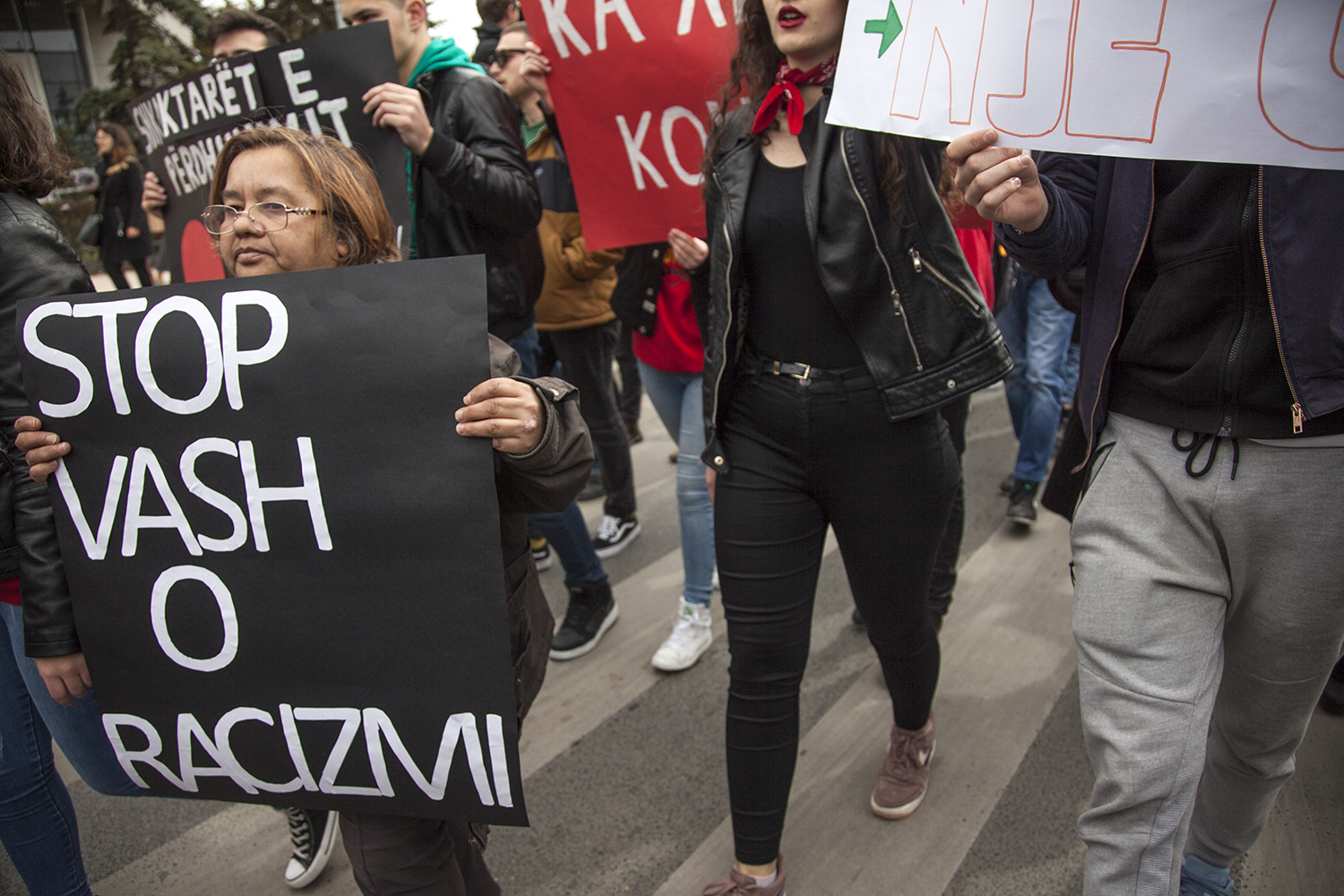 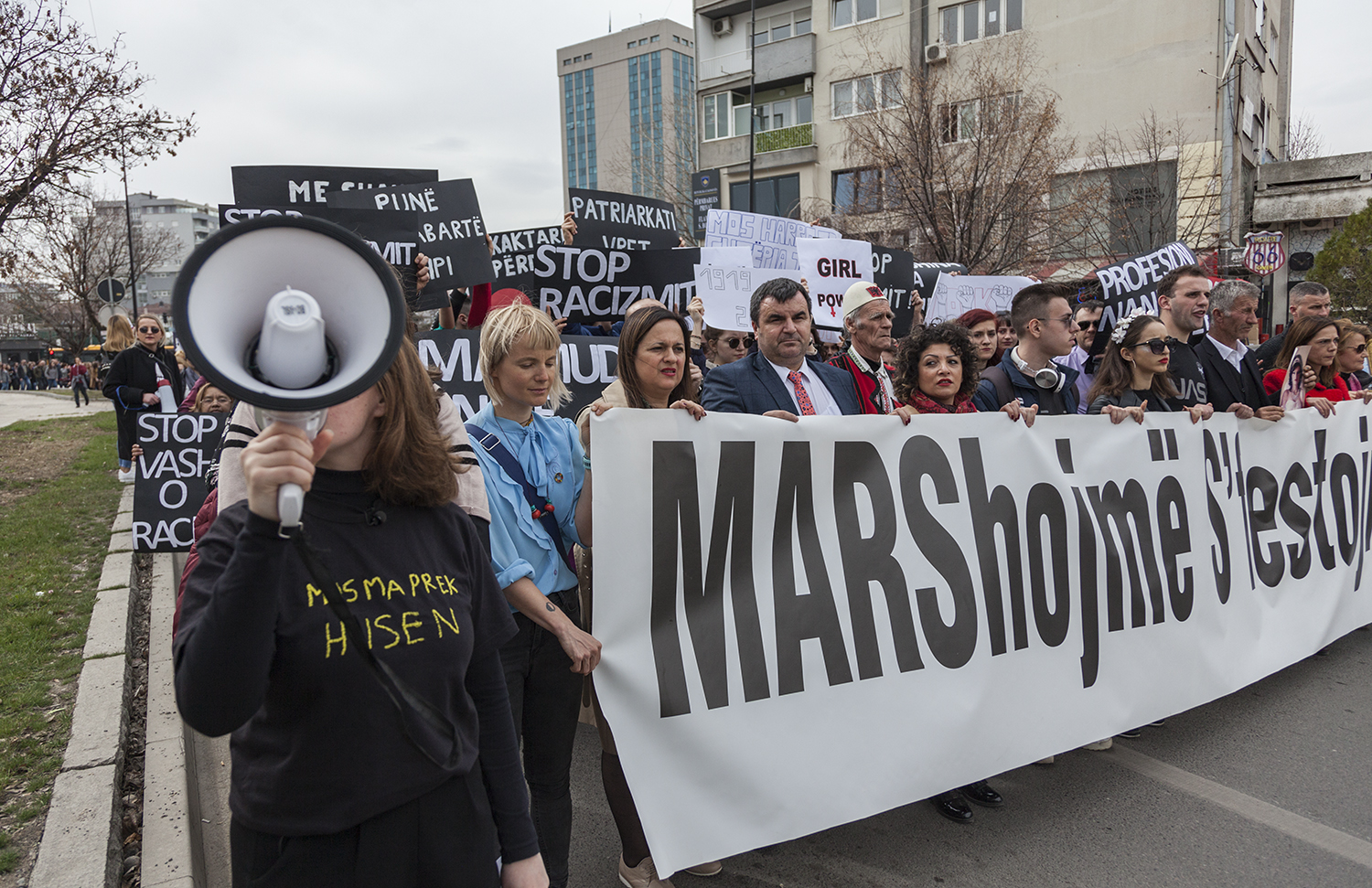 "My request is for all the girls in general, and for girls my age, not to experience violence, not to face discrimination; for the contribution of those women who have given a lot to date to be recognized, and to be treated as equals in our society." 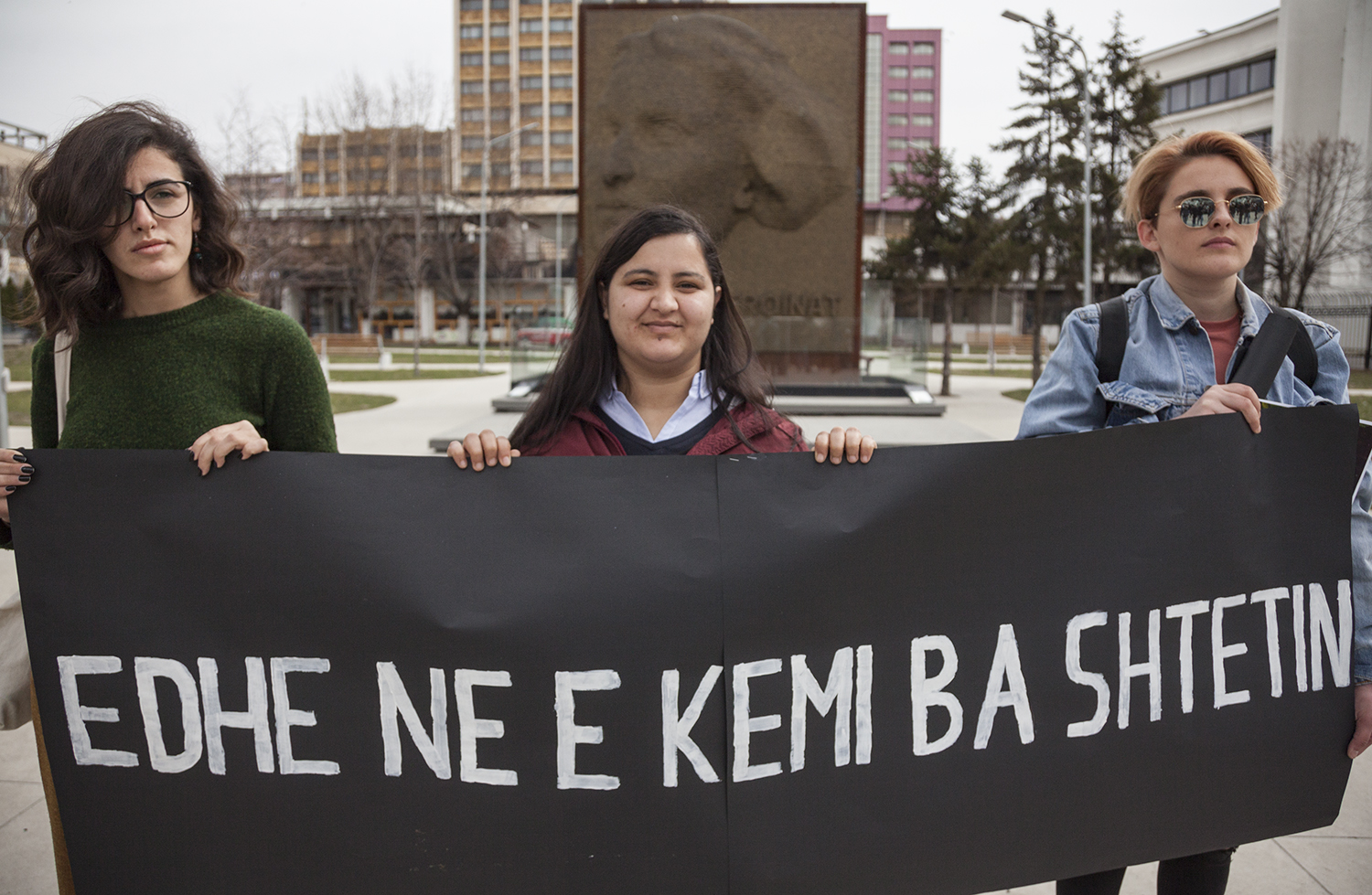 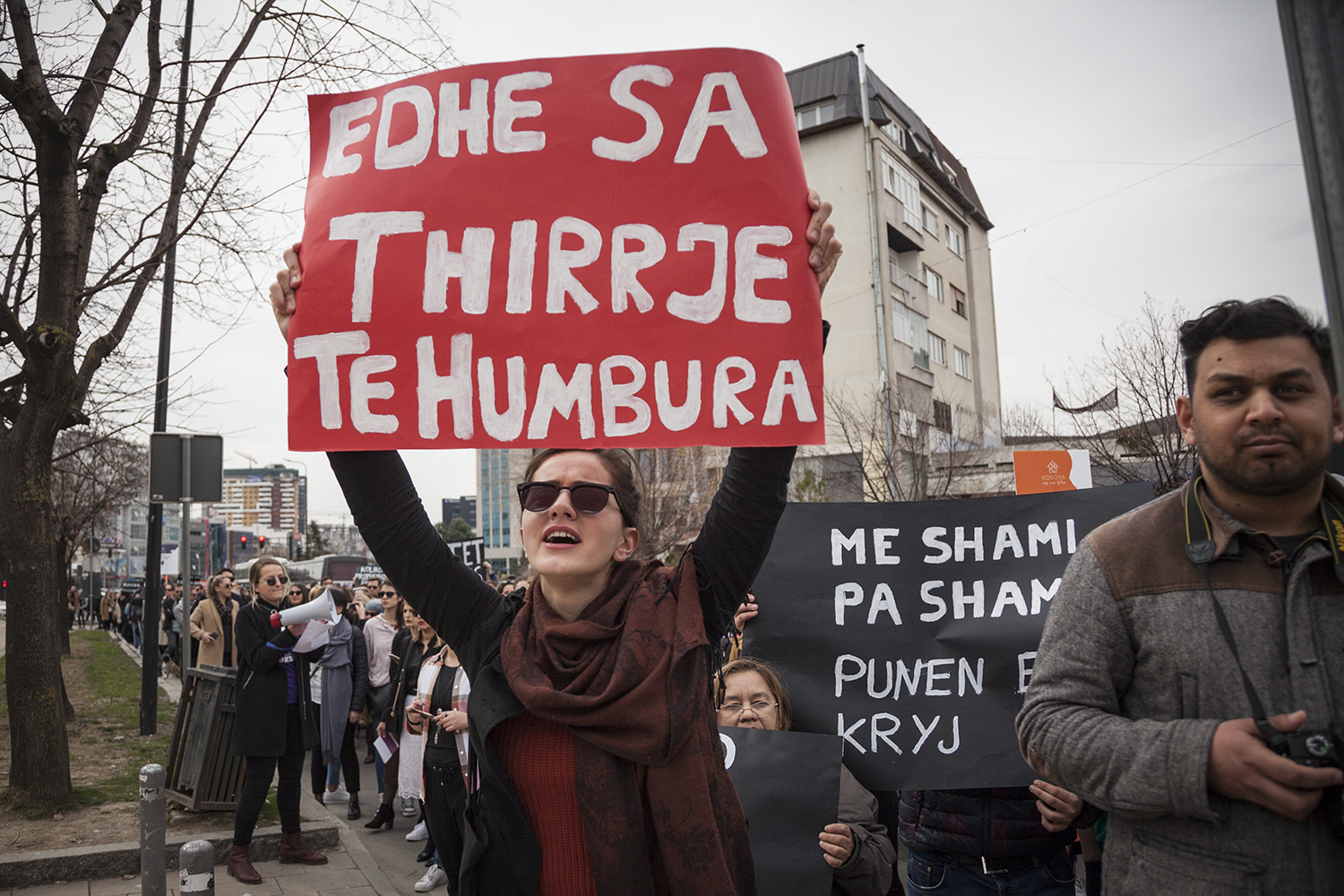 "The march does not end here. We will continue with PROTESTS and political RESISTANCE against patriarchal and social injustices. For women and everyone who feels oppressed by gender stereotypes, we will MARCH." 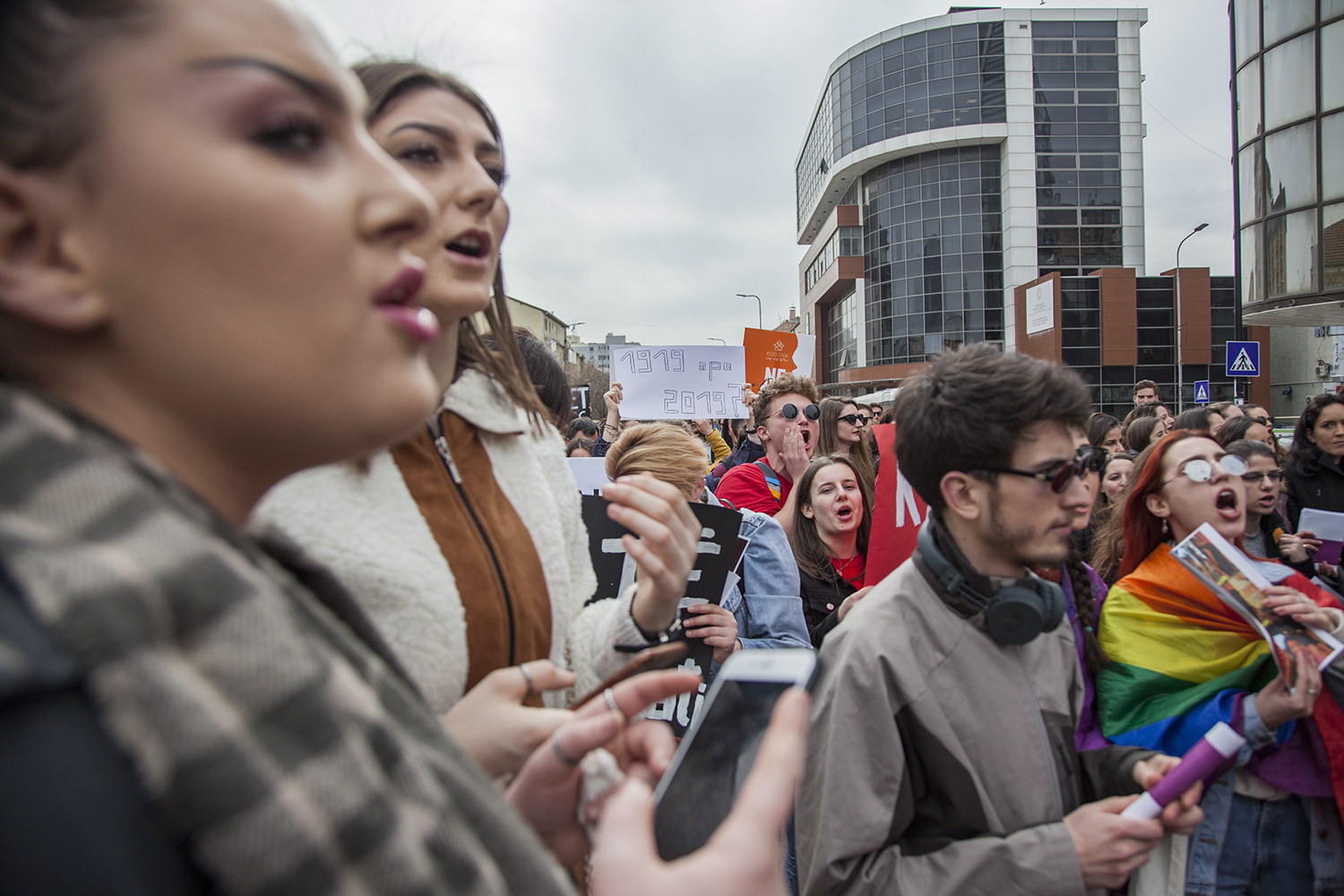 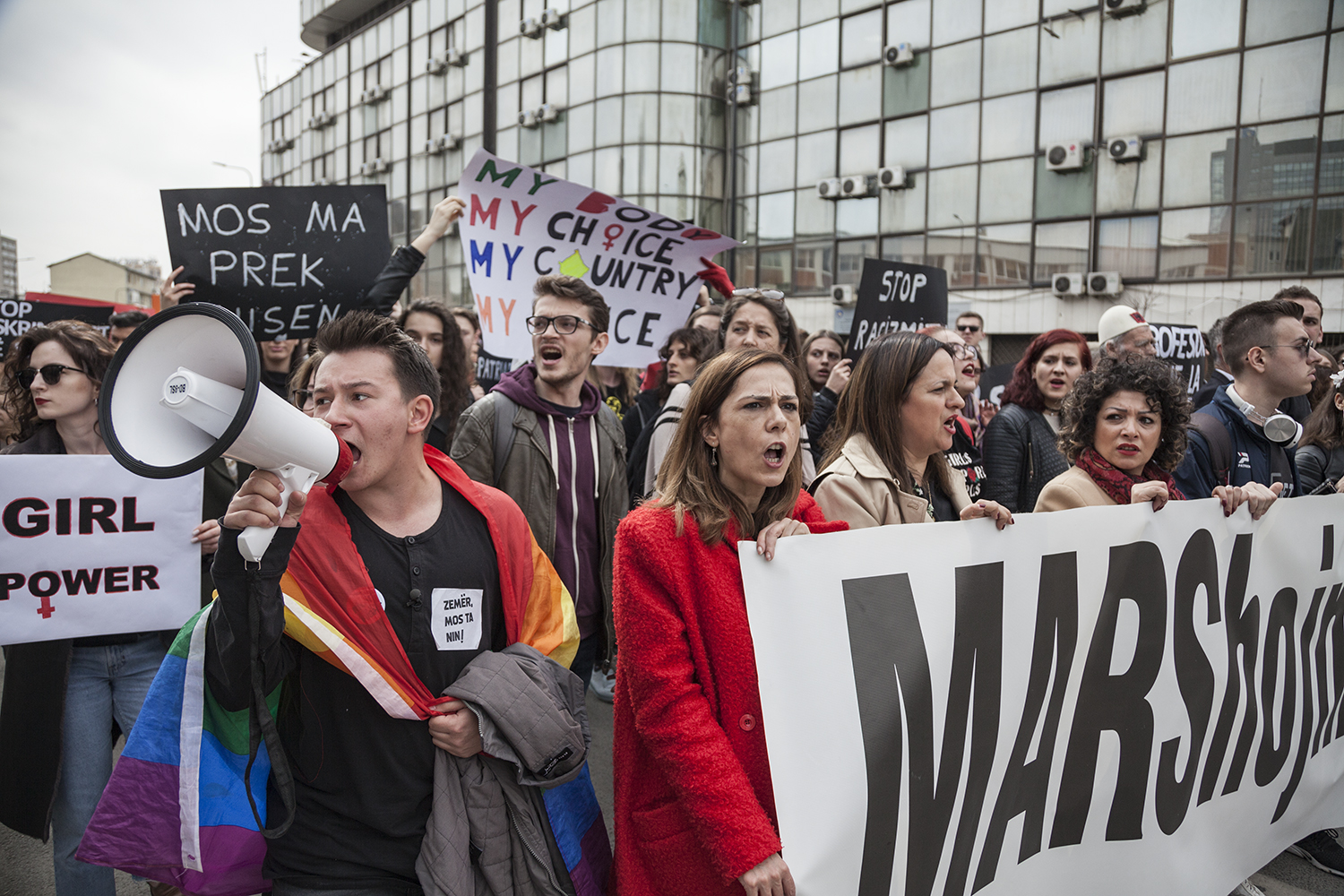 “It’s really important that the participation in protests for any cause is all-inclusive.” Lendi Mustafa 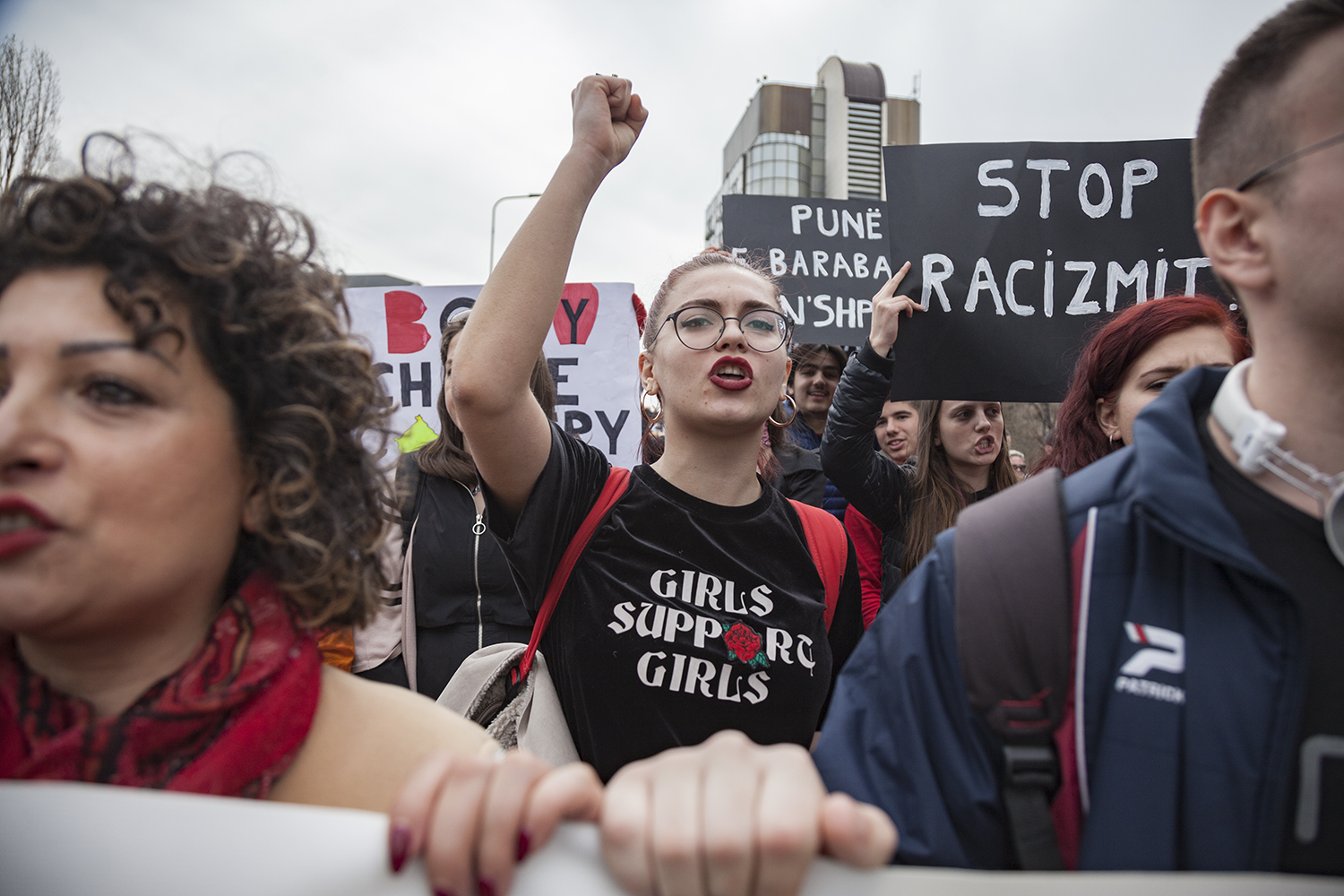 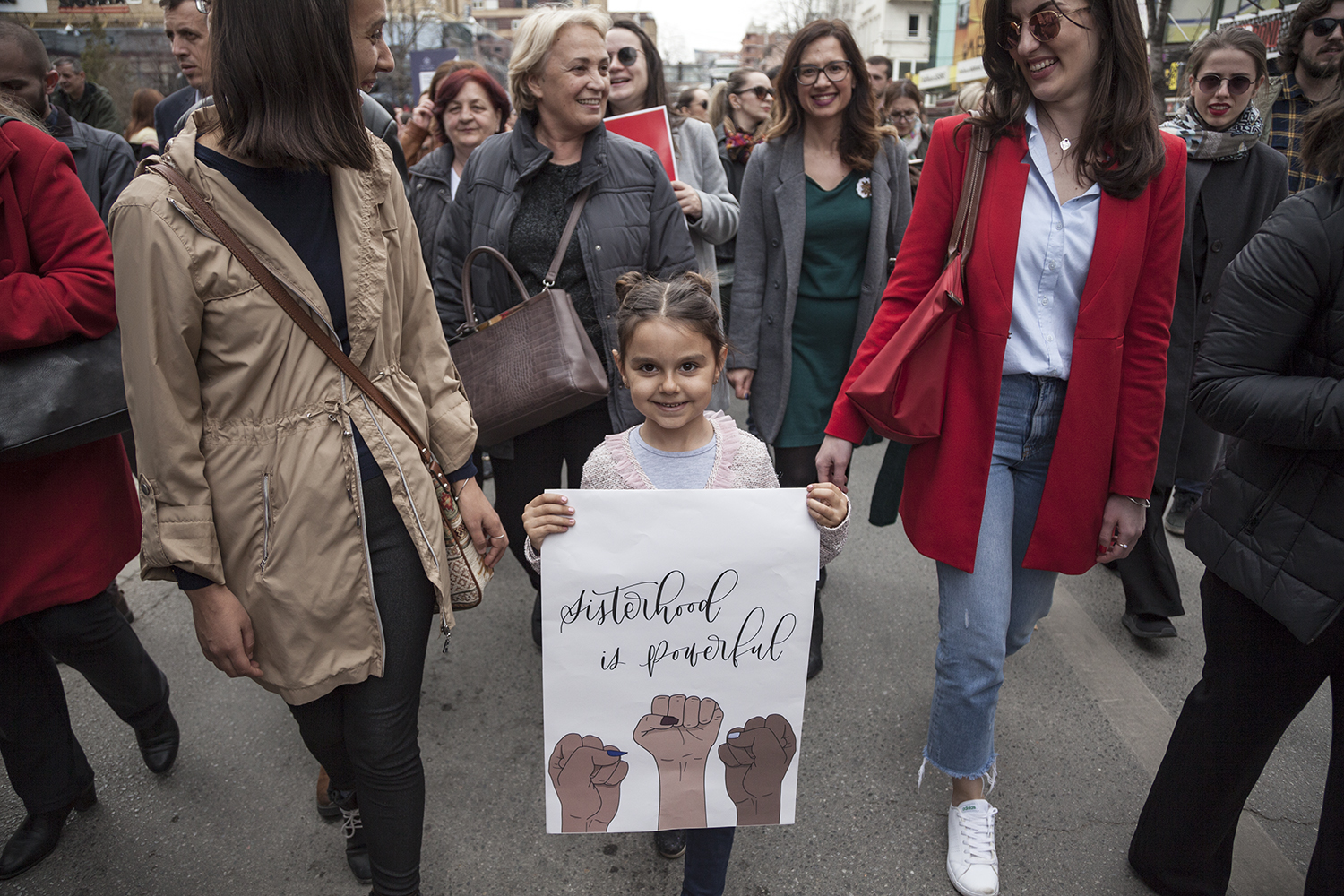 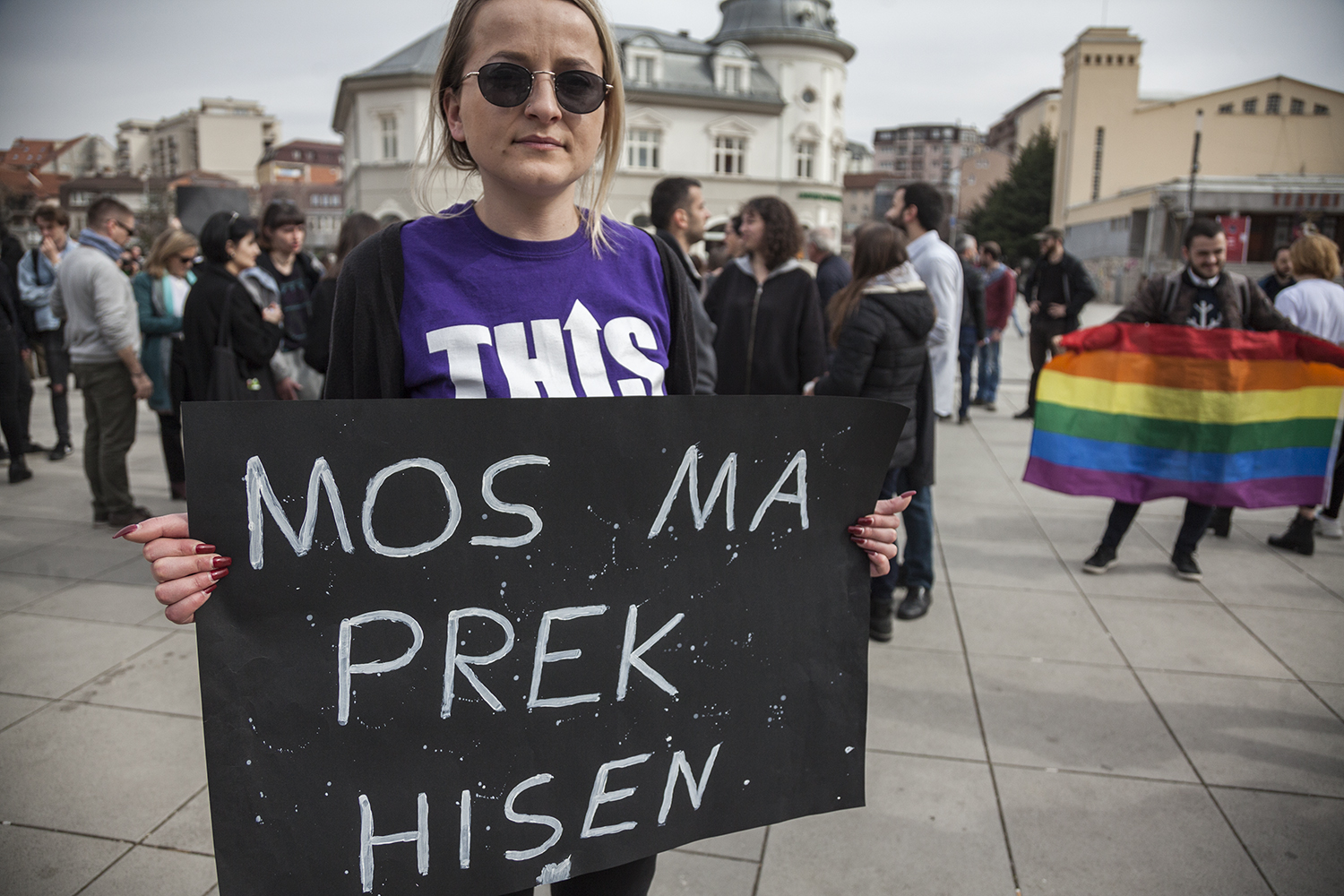 “I believe that everybody needs to be a feminist if we want a better society, a better world.” Krenare Loxhaj