Hide and seek with the invisible

It all started so quickly, and I could not help but be reminded of those uneasy days before the bombings, some 20 years ago.

Back then, I watched my parents as they hastened to stack the flour and food we would use while being locked in the house, or that we would all carry with us if kicked out of it.

Amid the uncertainty, we would spend long hours in front of the TV, apprehensive about the news we were to receive. Whether the attack had started or not, we would wait, as that was all we could really do.

Strangely, it was as quiet as it is now with the COVID-19 pandemic.

Quiet, and almost relaxed, with the thought that it would not reach us.

Somehow we would connect the dots, and try to logically ease our minds. China was far and the chances of a virus travelling that far were slim, weren’t they? “They are handling it well. They built an entire hospital in just a few days.”

Thinking we were out of this virus’s reach, life went on as usual.

With spring ensuing — after a strange winter — came the crowded coffee bars, parks and playgrounds. It is always like this, as if we all wait for spring to somehow set us free. 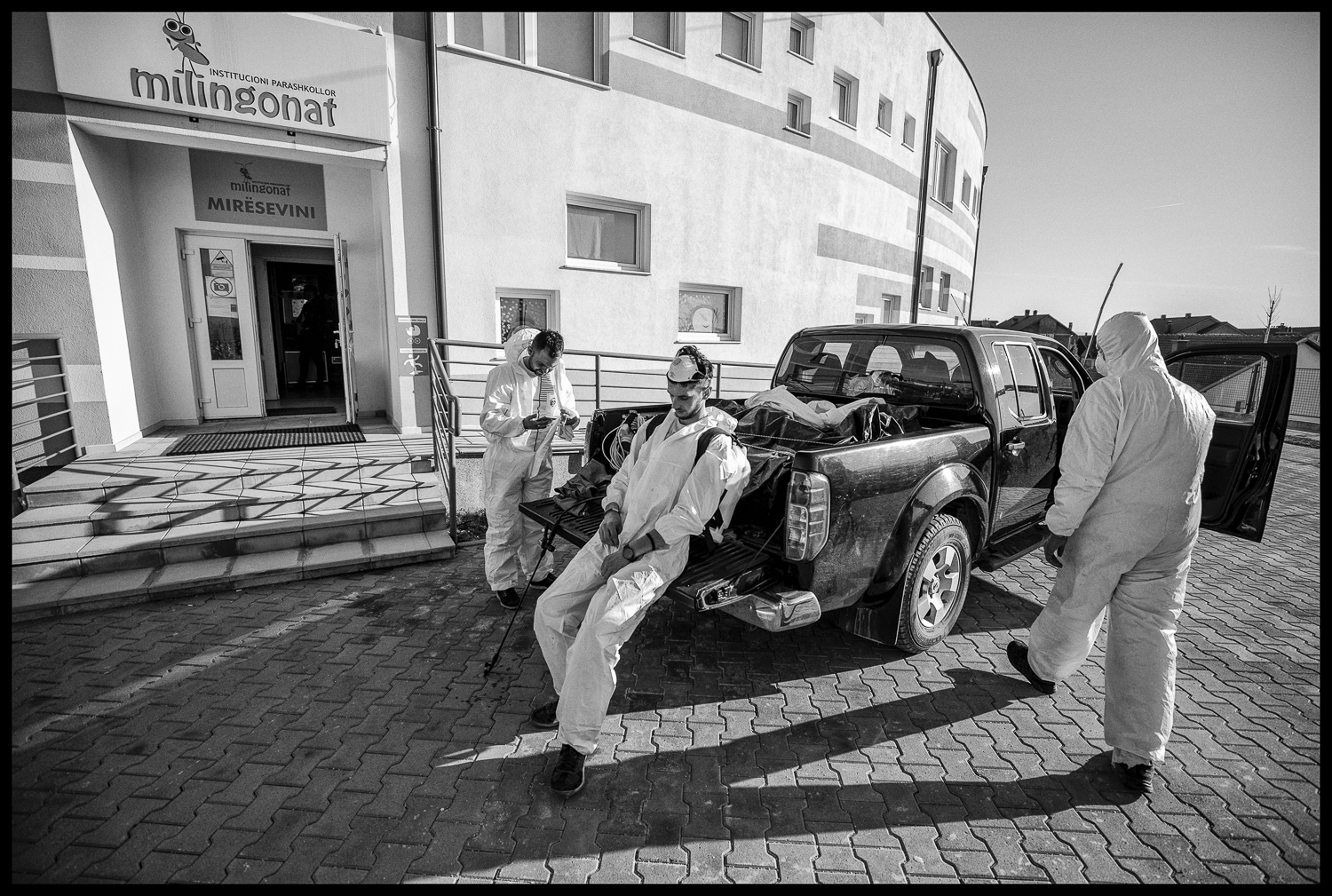 Disinfection company employees before starting work in a kindergarten in the capital. 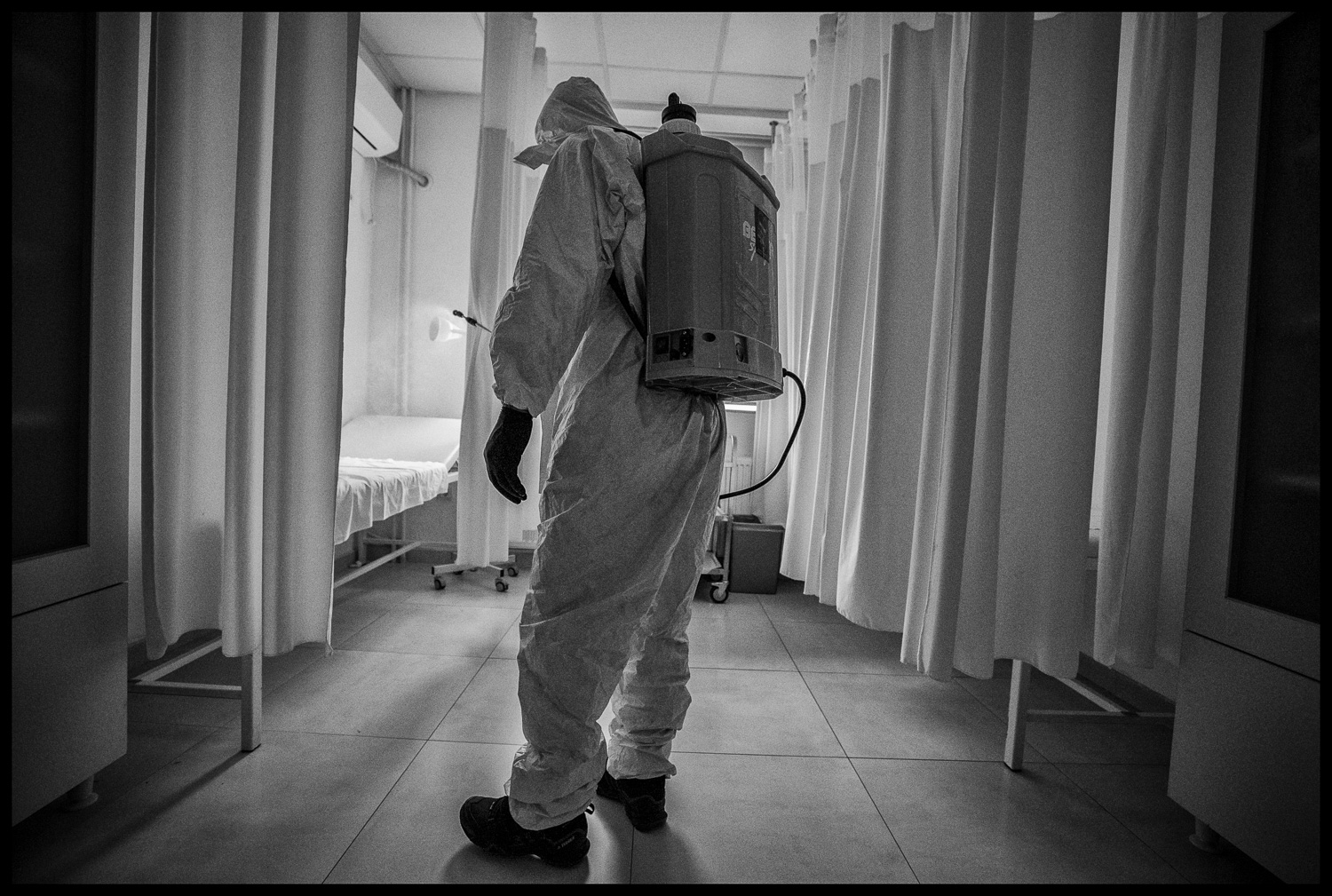 Beds being disinfected in a Prishtina family medicine center. 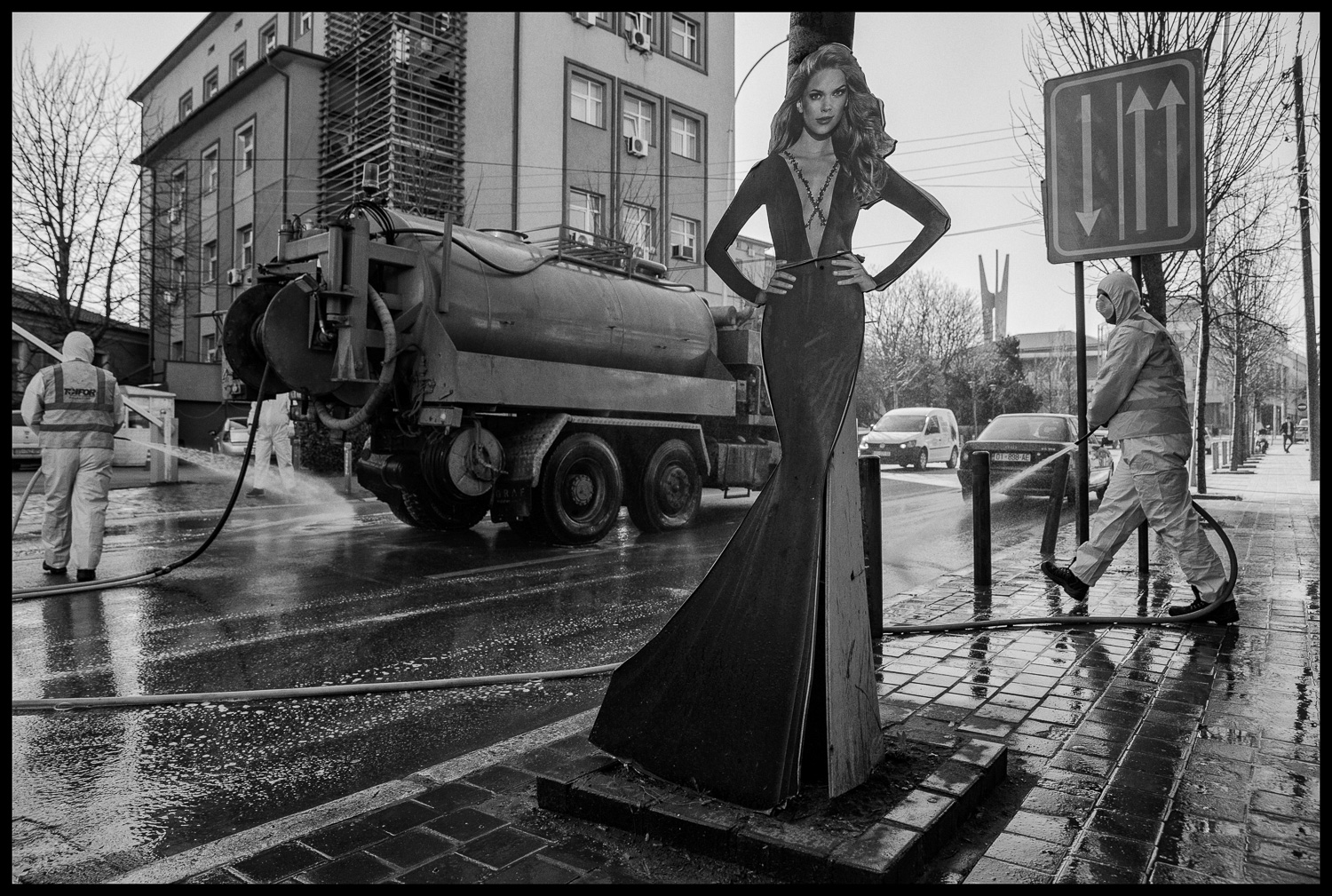 Streets of Prishtina being washed with disinfectant solution. 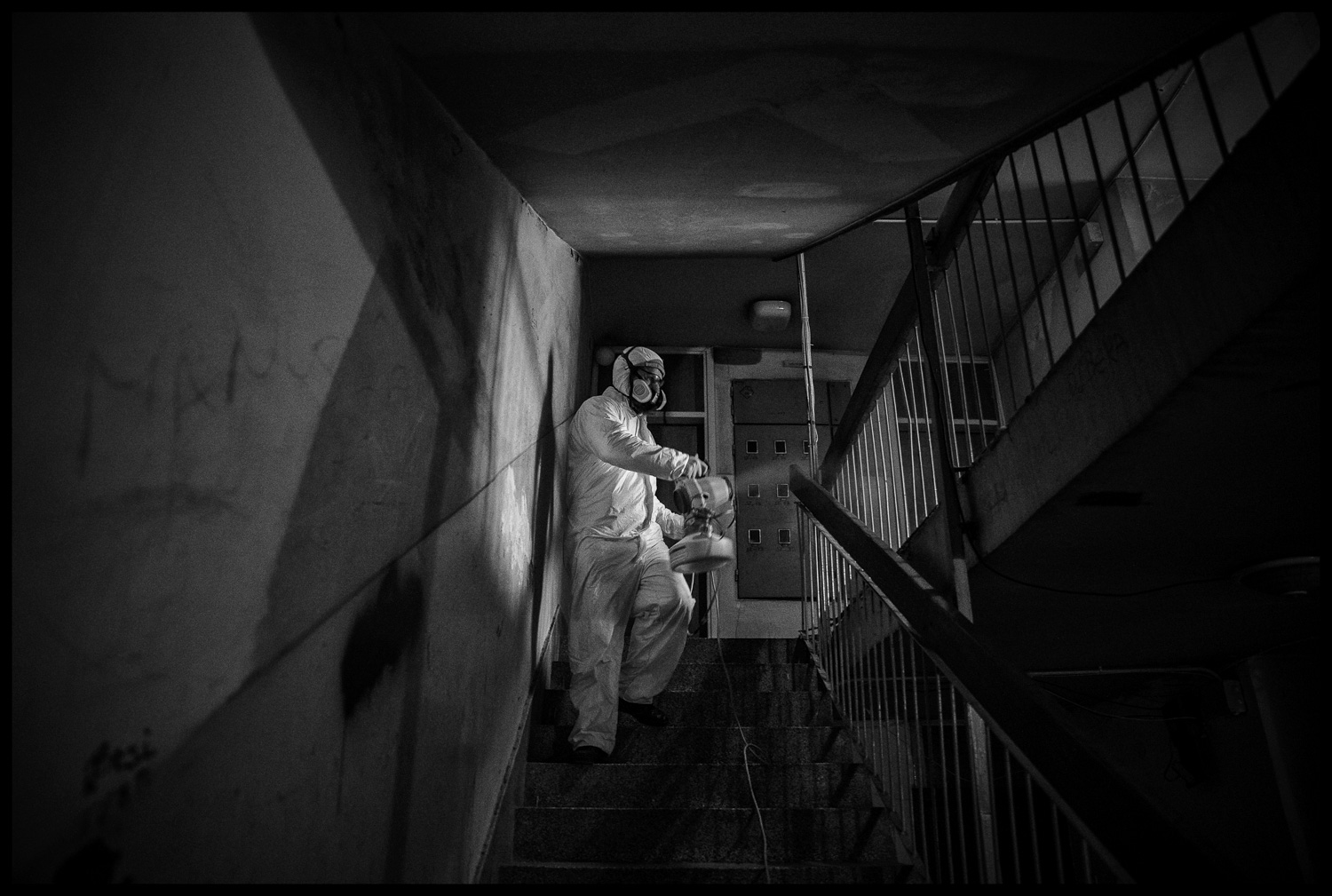 A disinfection company employee sprays the stairs of a public housing building.

The fact that Kosovo was among the last countries in the region to confirm its first cases looked to have helped this whole “being out of reach” way of thinking and believing. However, it did not take long for the first two cases to be announced and for that calmness to be disturbed. Things finally started to move.

While some were hiding this tension, others were openly giving in to it. Supermarkets were flooded with people as if another war was approaching.

Coffee bars, schools and playgrounds were emptied instantly. There was this collective feeling that human life had suddenly stopped and all you could hear were birds singing freely. I have never felt so sad not to hear children play.

Streets started to be cleaned with disinfectants and staircases of public housing buildings sprayed. Ironically, the mask became the new fashion, if I can call it that. 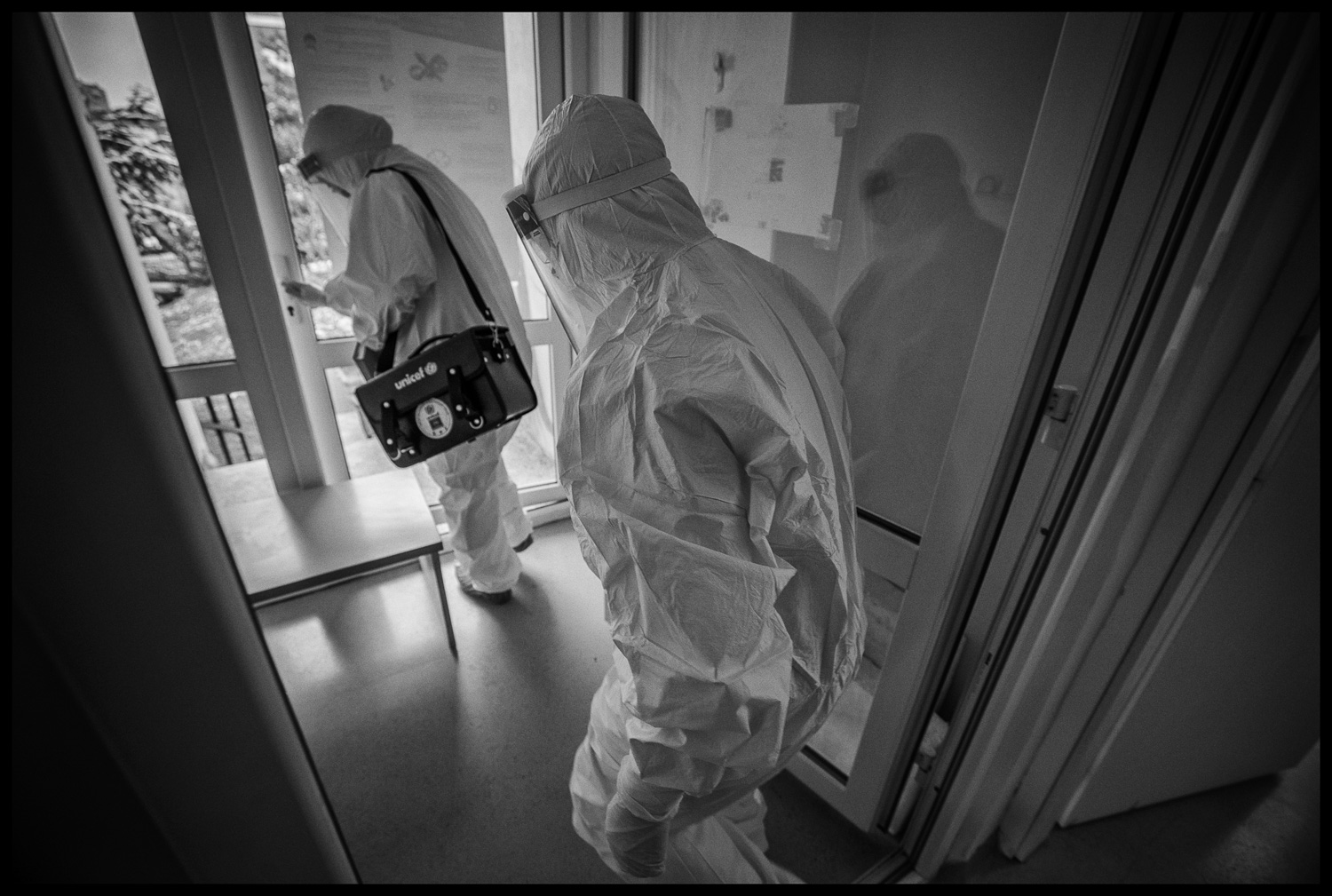 Nurses leave the health care unit at the student center in Prishtina to check on quarantined patients. 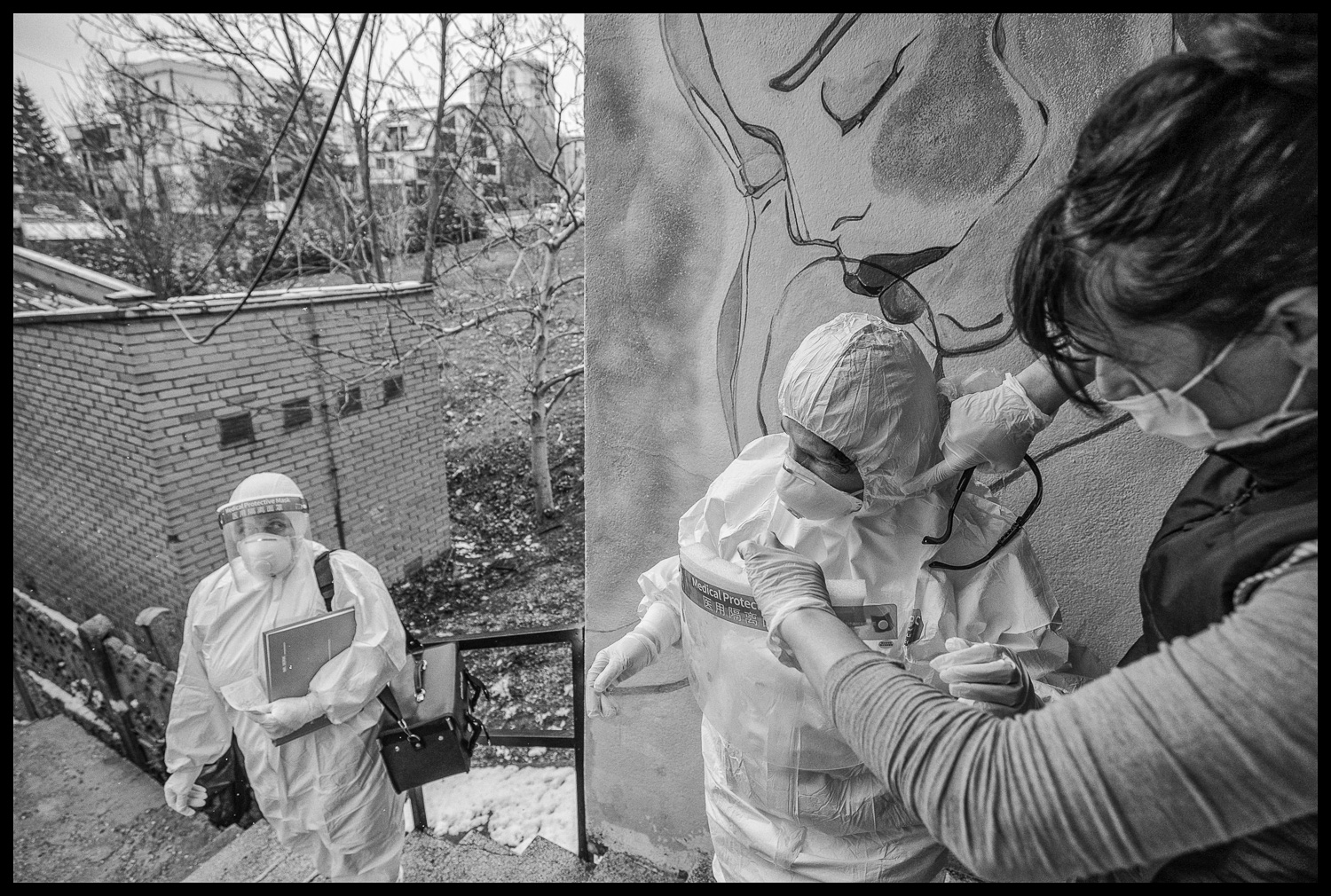 Nurses carry out final checks on their protective equipment before visiting quarantined patients. 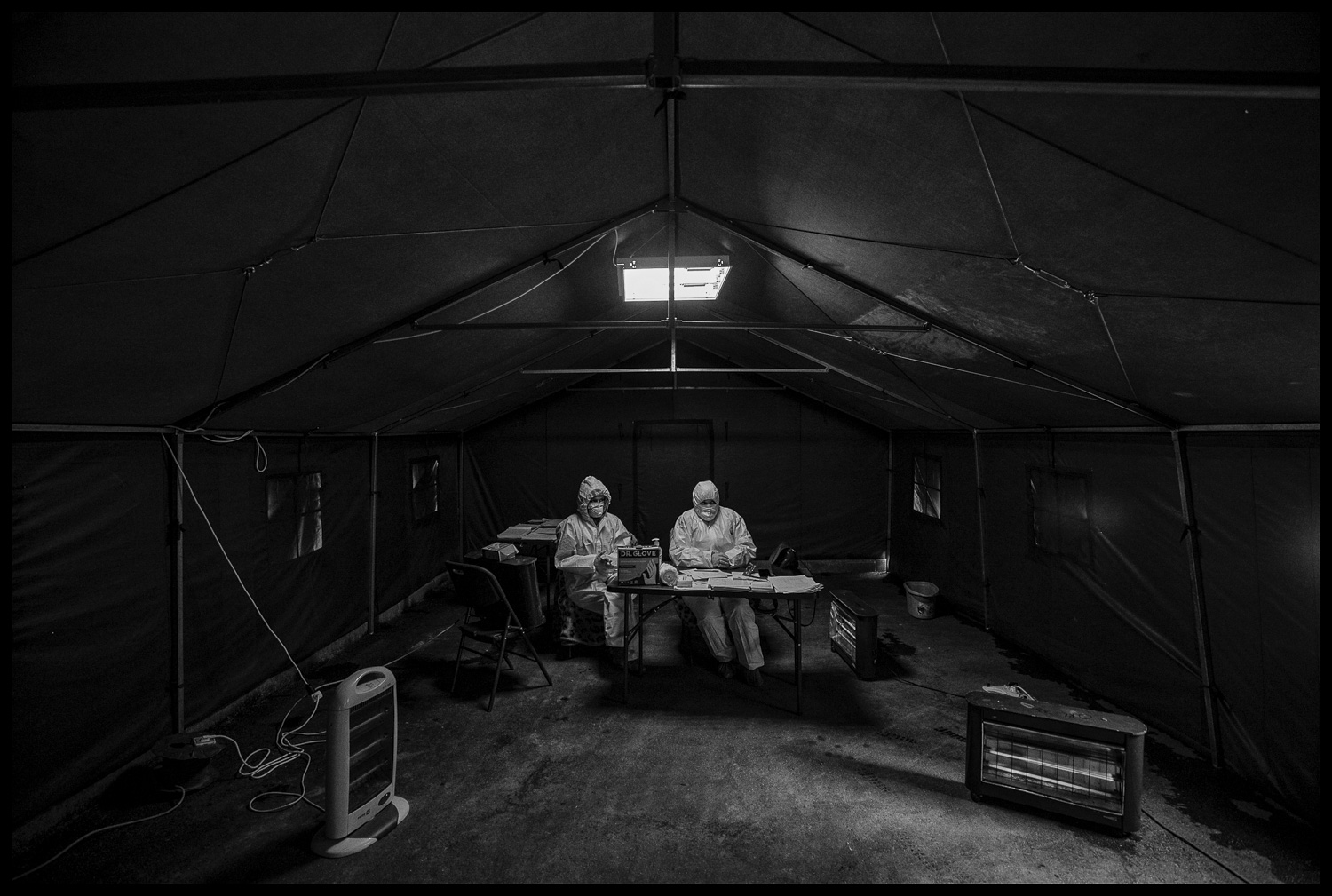 Nurses at a pre-diagnosis center for patients who may have symptoms of COVID-19. 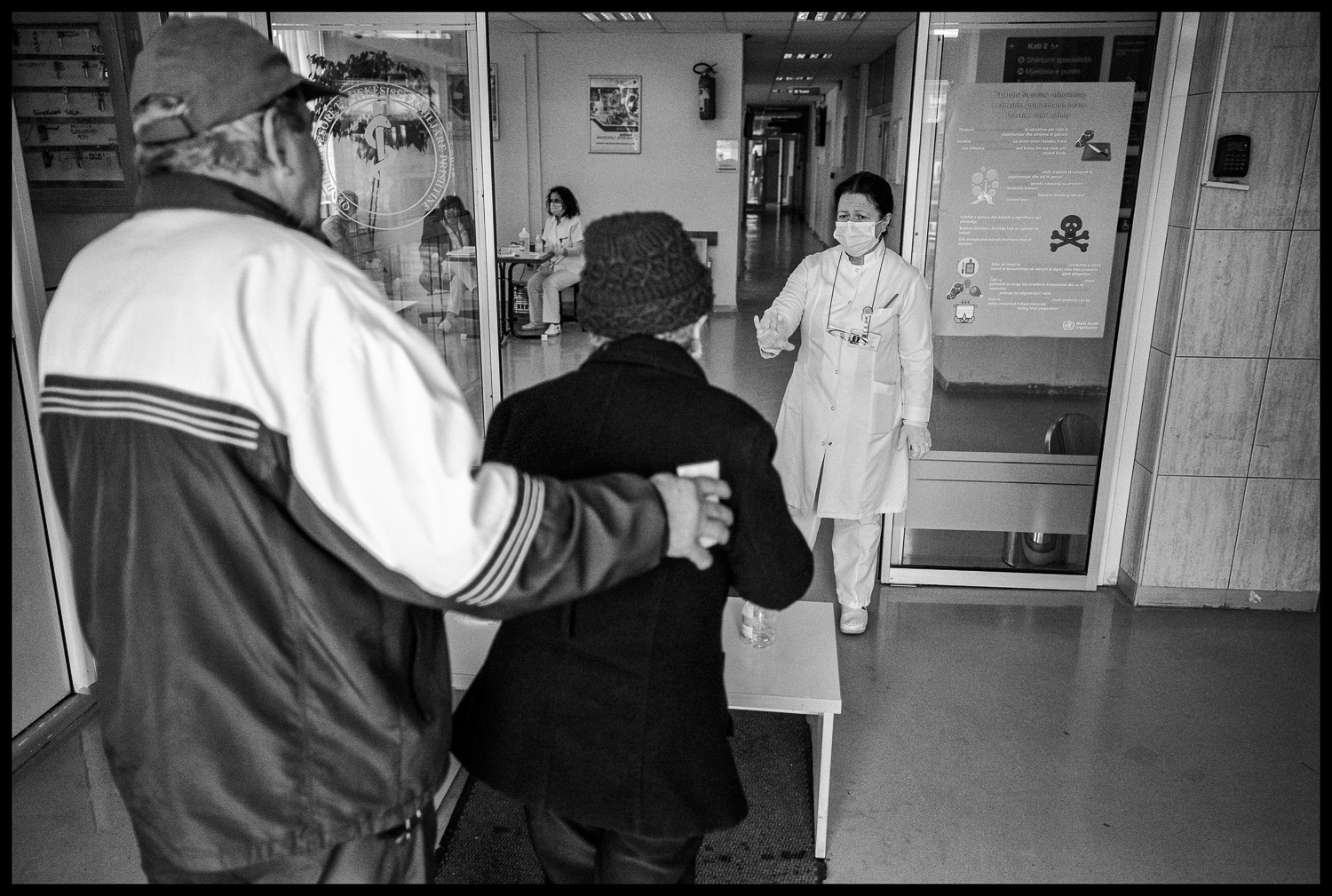 A nurse asks an elderly couple to keep their distance while evaluating their needs at a family medicine center. 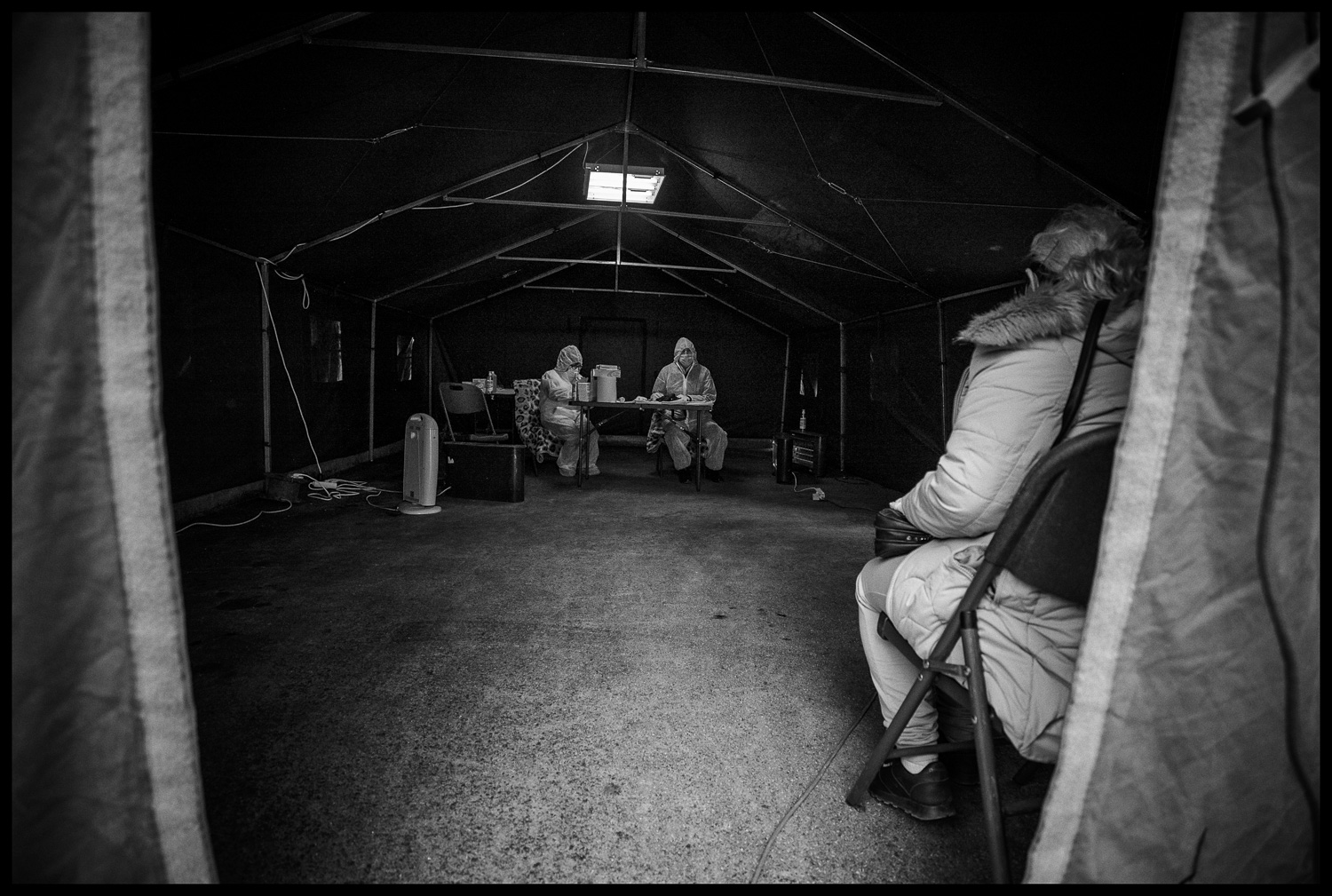 A potential COVID-19 infected patient is assessed prior to further tests at a family medicine center. 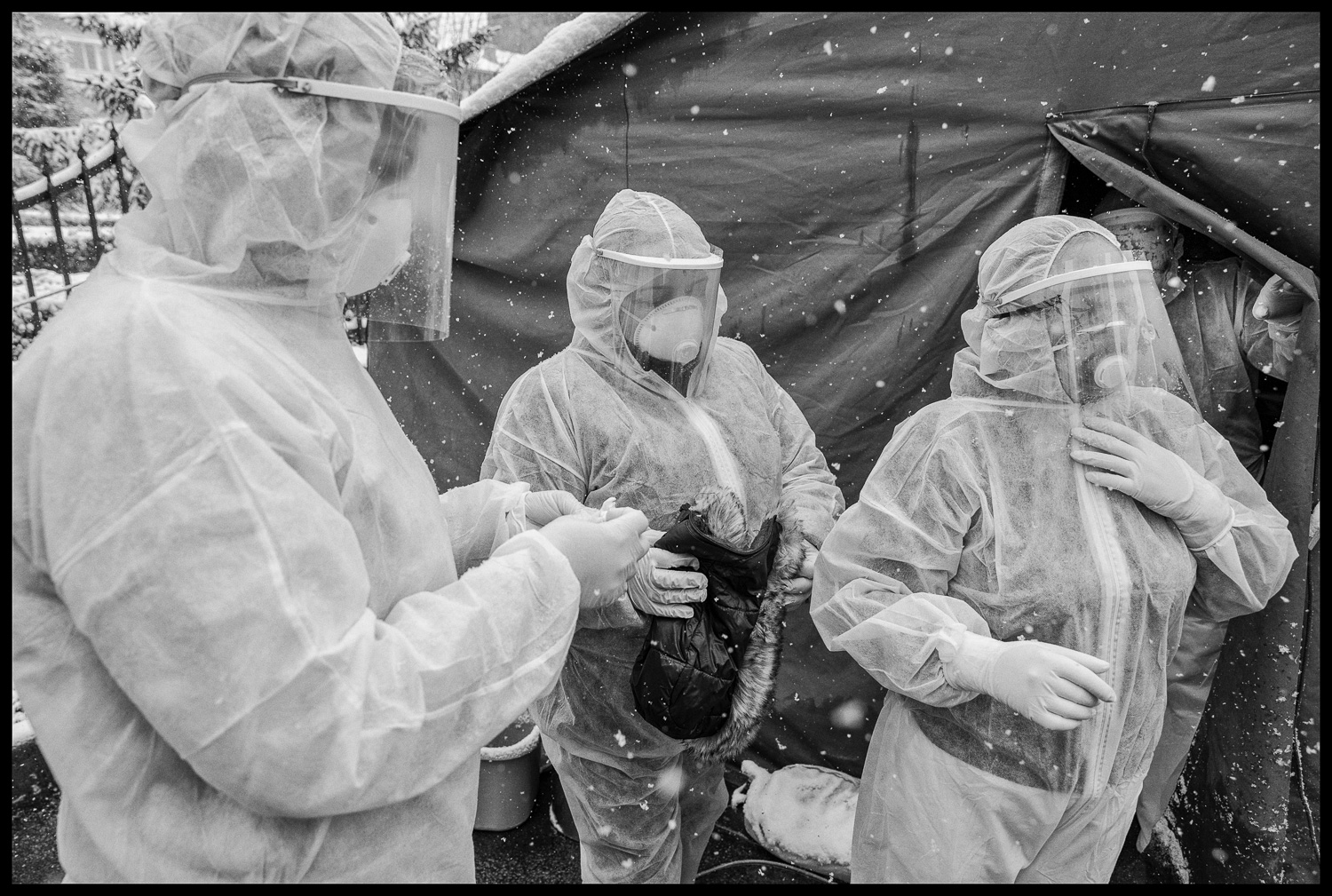 Nurses prepare their gear at a pre-diagnosis center for patients who may have symptoms of COVID-19. 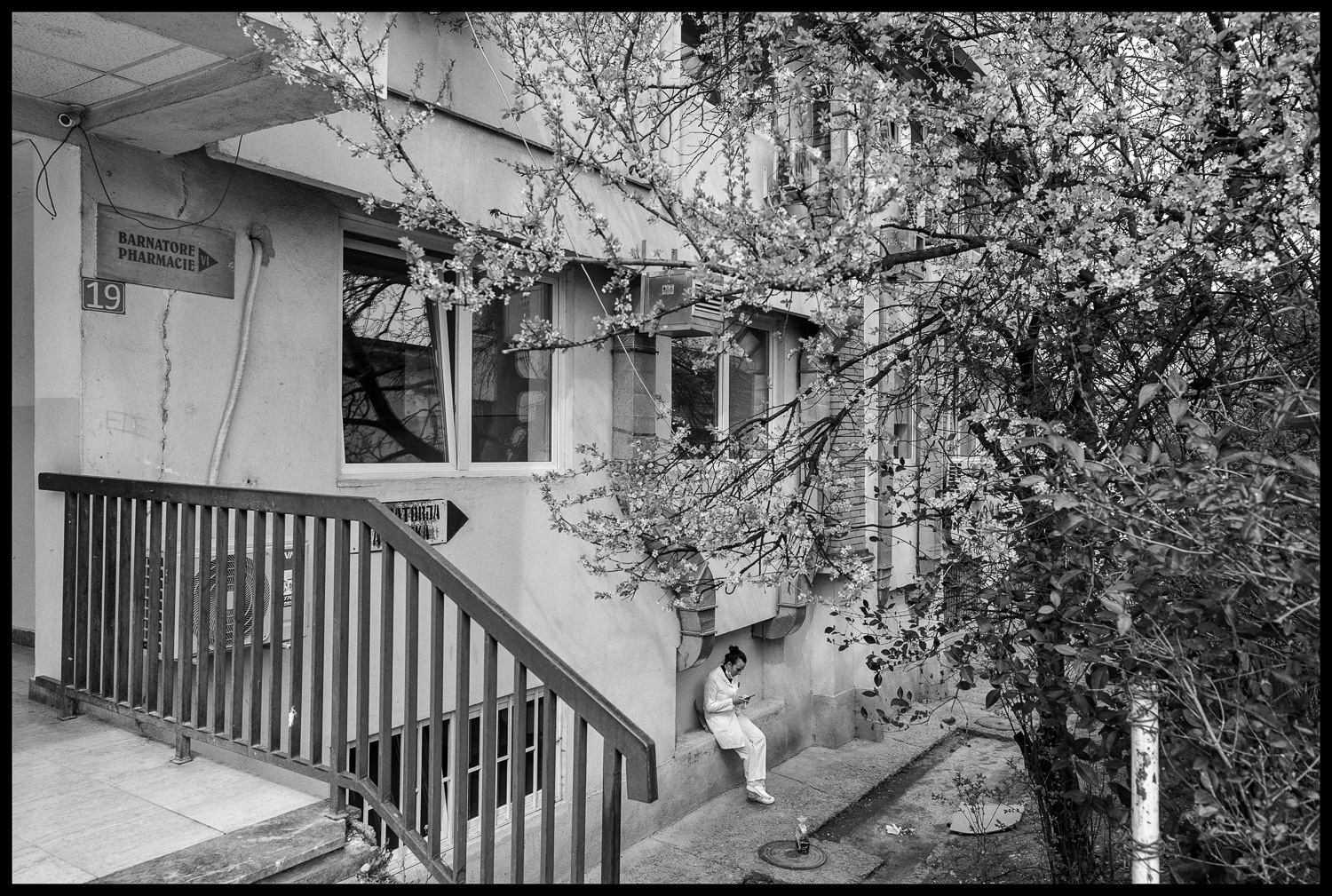 A nurse smokes a cigarette outside a family medicine center in Prishtina. 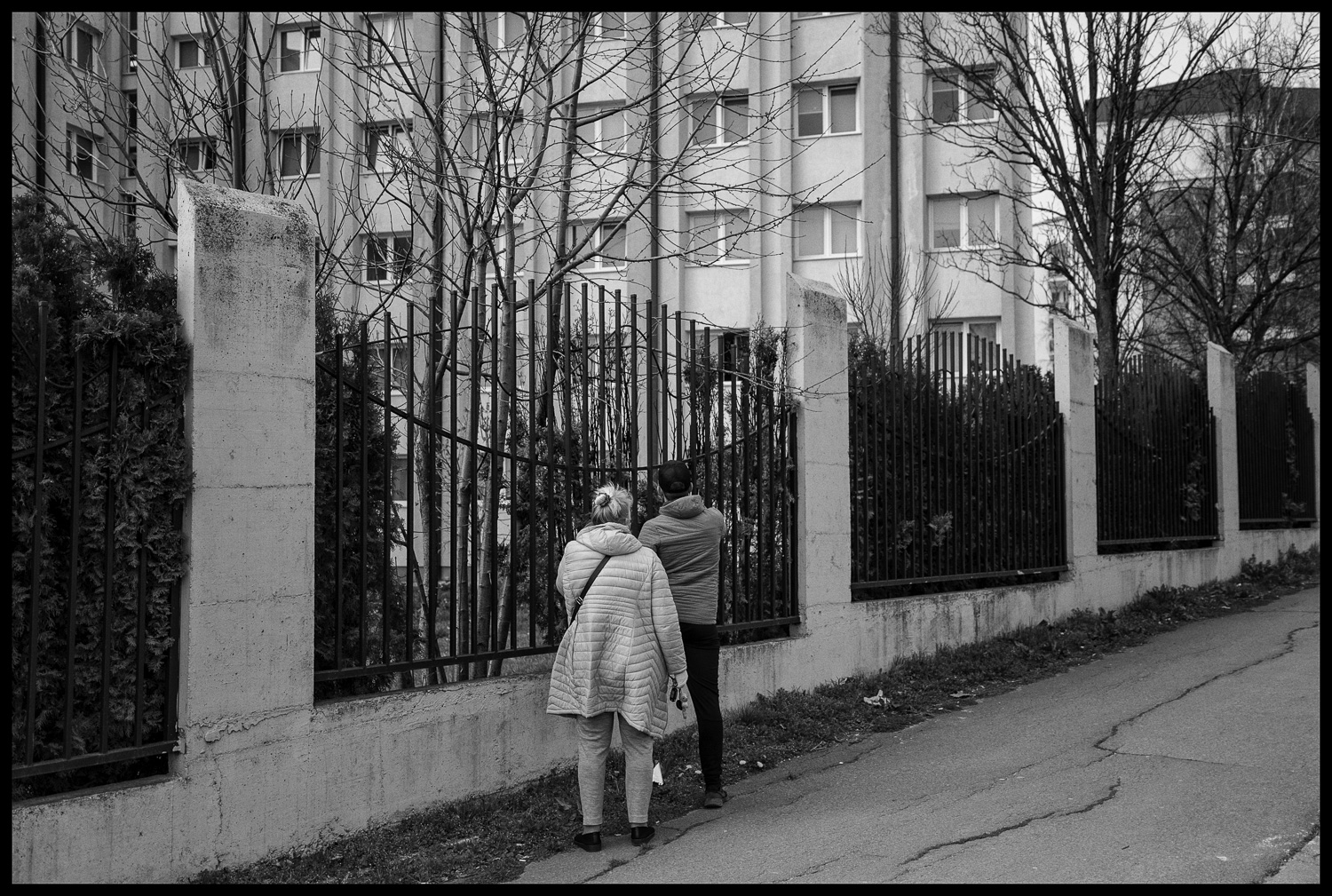 Relatives visit their loved ones from a distance at the student center, which is now a quarantine center. 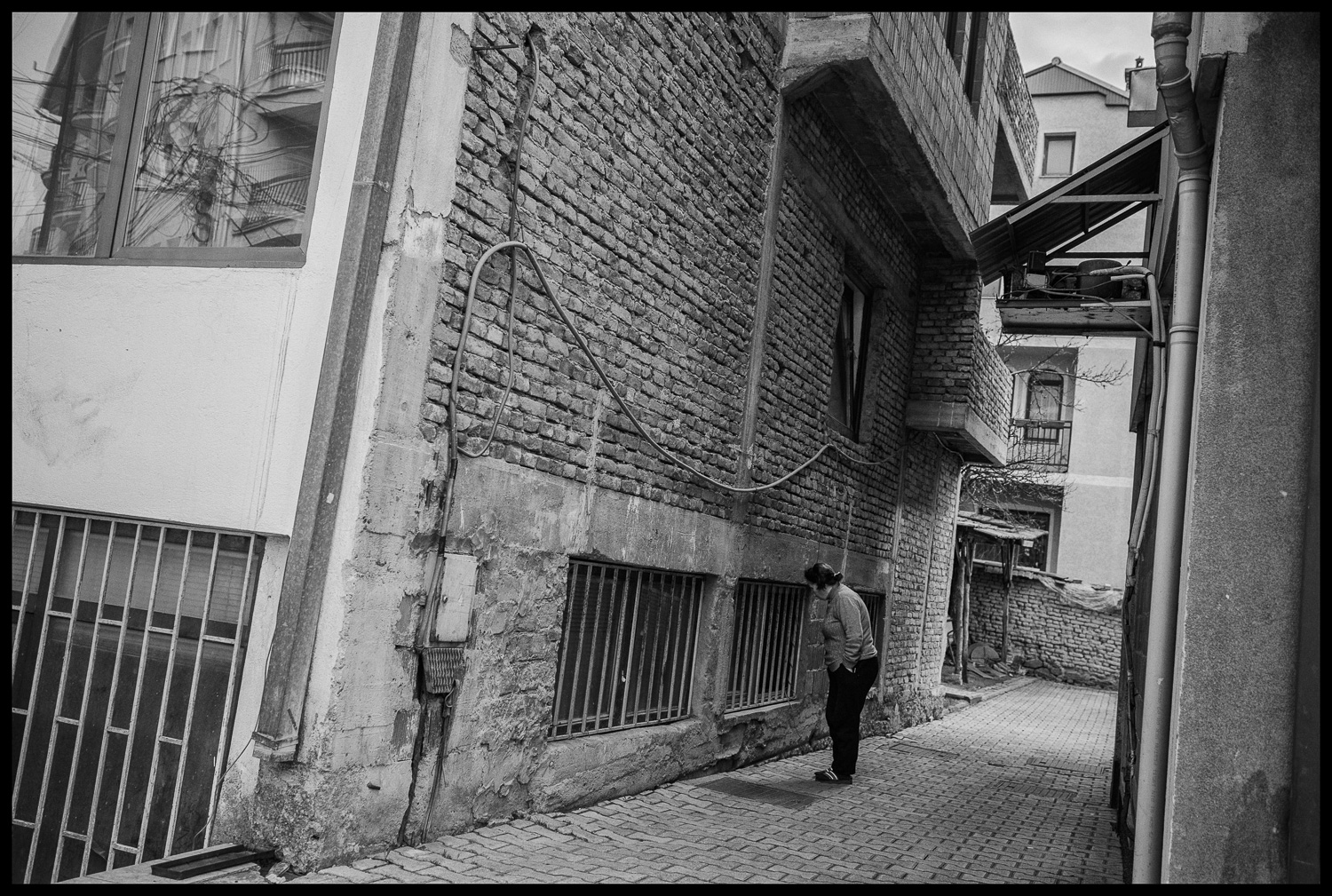 A woman visits her self-isolating neighbor.

Slowly, everything started to slow down — in a way, to the ground.

All except for politics, which became louder, at times louder than the virus itself, as if there was a competition as to what could drain our energy more — the virus or the politics.

In the middle of the very first confrontation of a pandemic, our recently elected representatives gathered for an extraordinary vote, tearing down the government and using this as an opportunity to exhibit their frustration, anger and whatnot, as if we were not facing enough already.

We were so good about it that we managed to be the only country on the planet — at this time, I’d rather say “planet” than “world” — to vote no-confidence in its government. 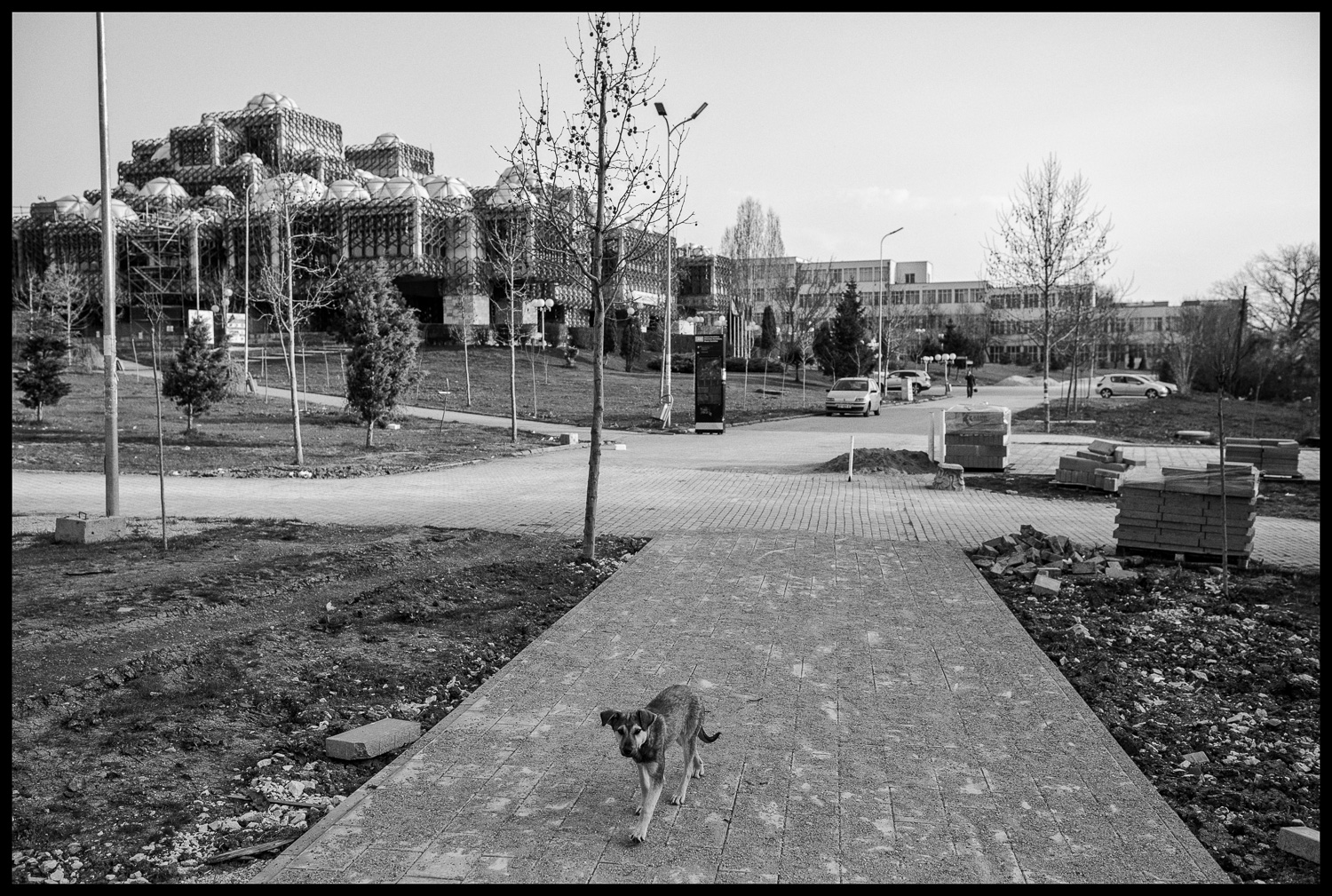 A dog walks along an empty pedestrian path at the National Library. 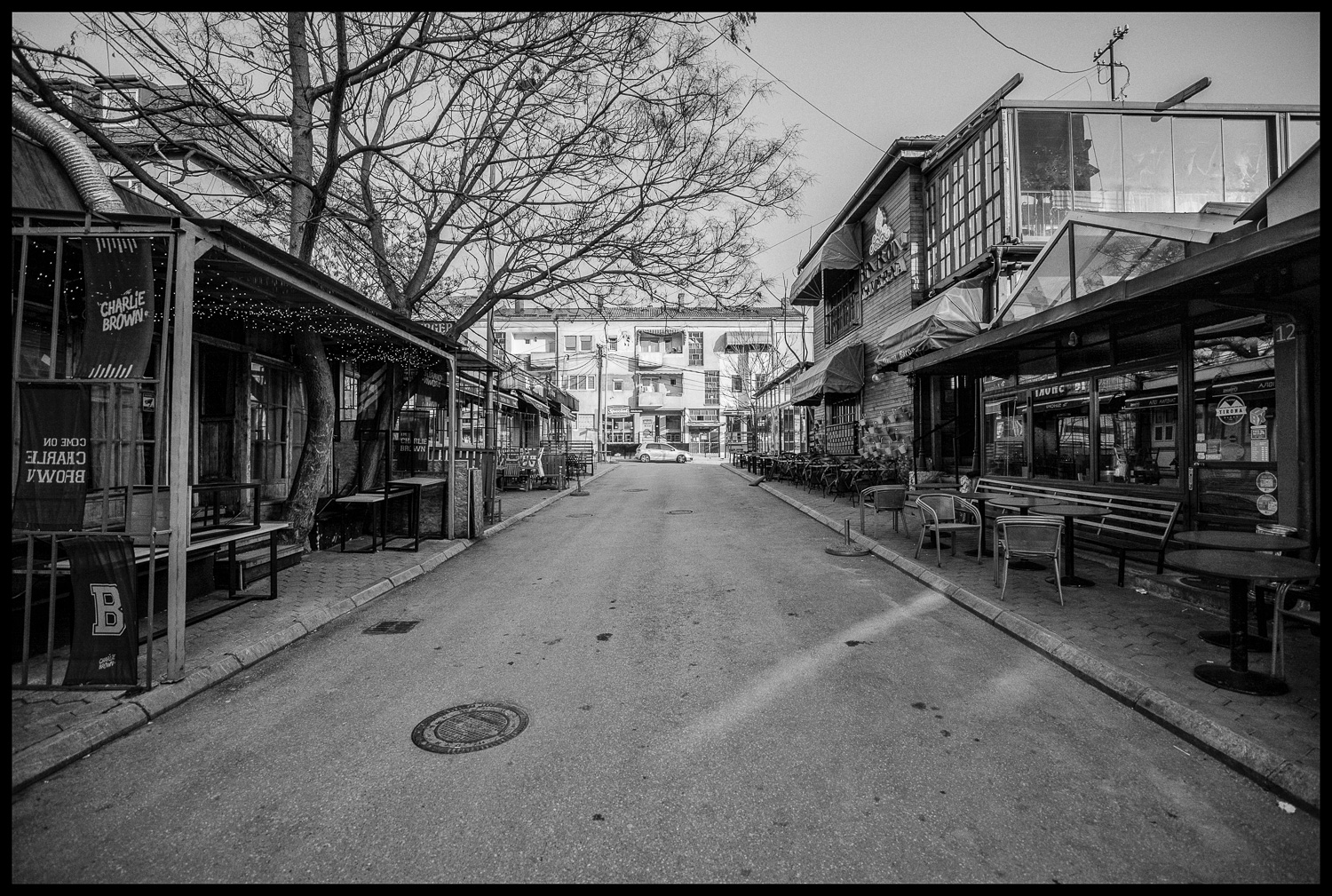 Empty chairs at bars in downtown Prishtina, where young Kosovars normally gather at almost all hours of the day. 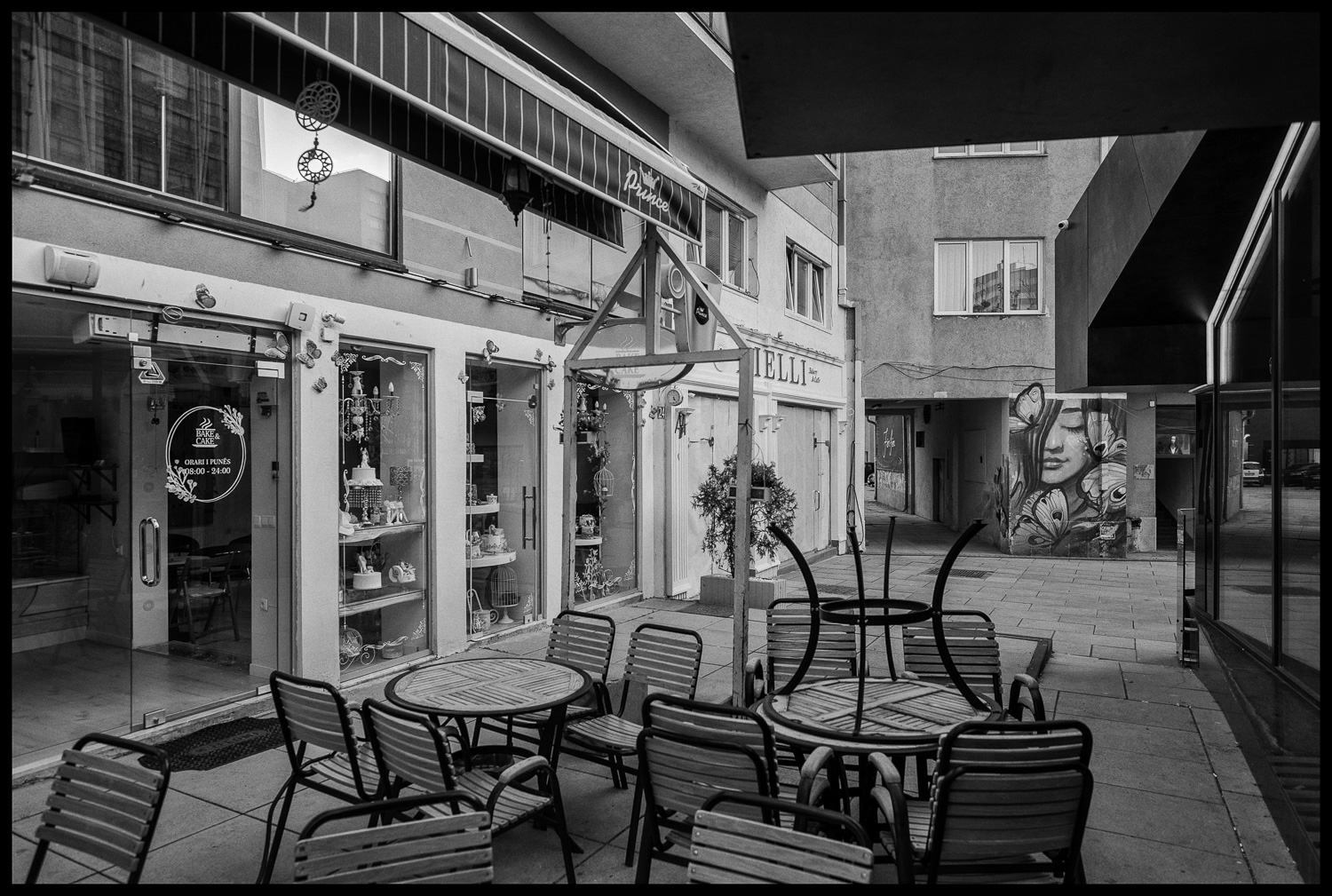 A café in downtown Prishtina that would normally be filled with people. 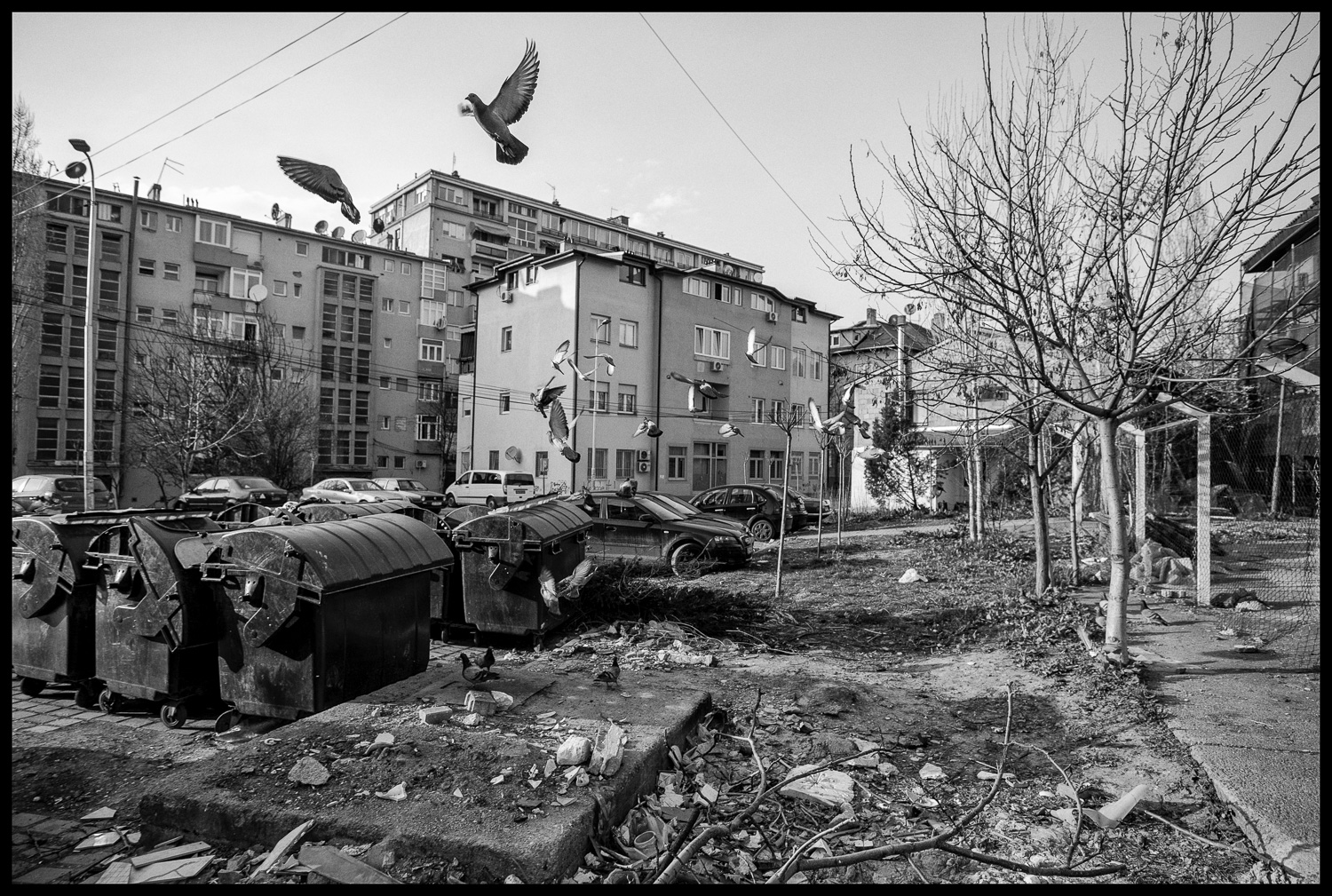 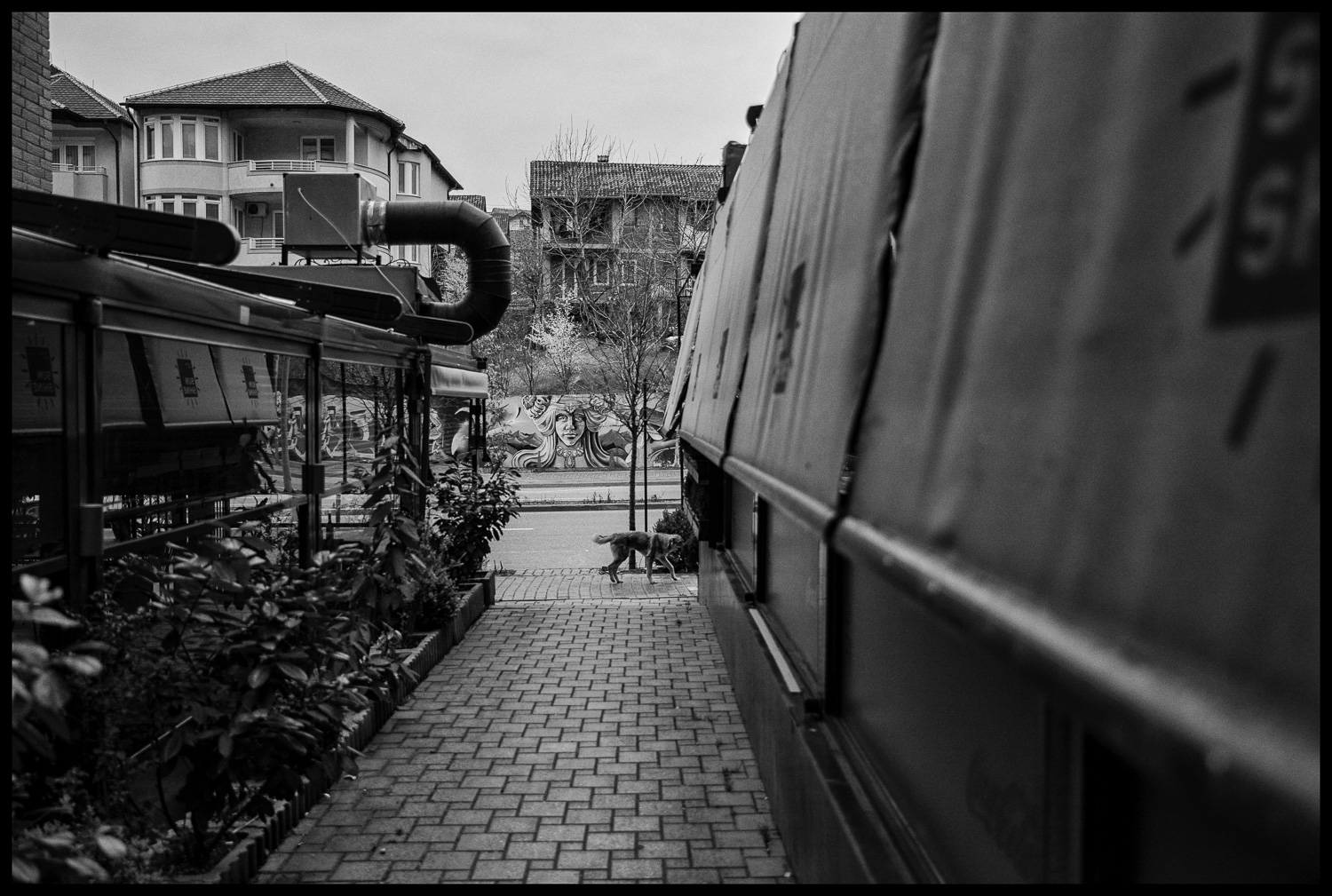 Known for its cafés and bars, it’s normally hard to find a parking space on Rruga B. Now, the street is empty. 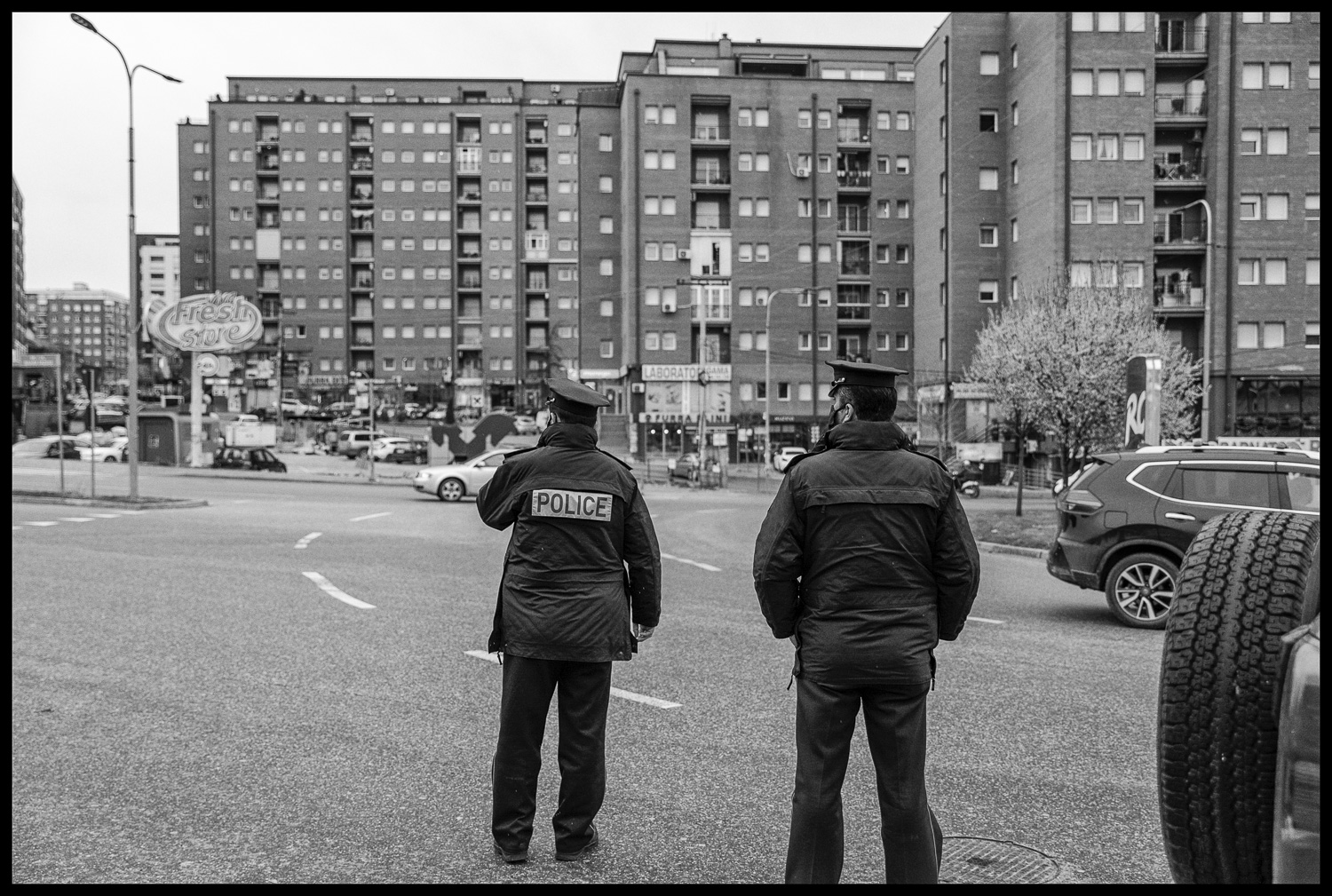 Police officers at the Muharrem Fejza square during curfew hours.

When all is said and done, we are still here, locked in our houses and apartments, turning around and dreaming of espresso cups and cigarettes on sunny terraces.

Till we all get together in that big celebration of freedom, stay home and wash your hands. Remember, death is really out there, waving in the streets. 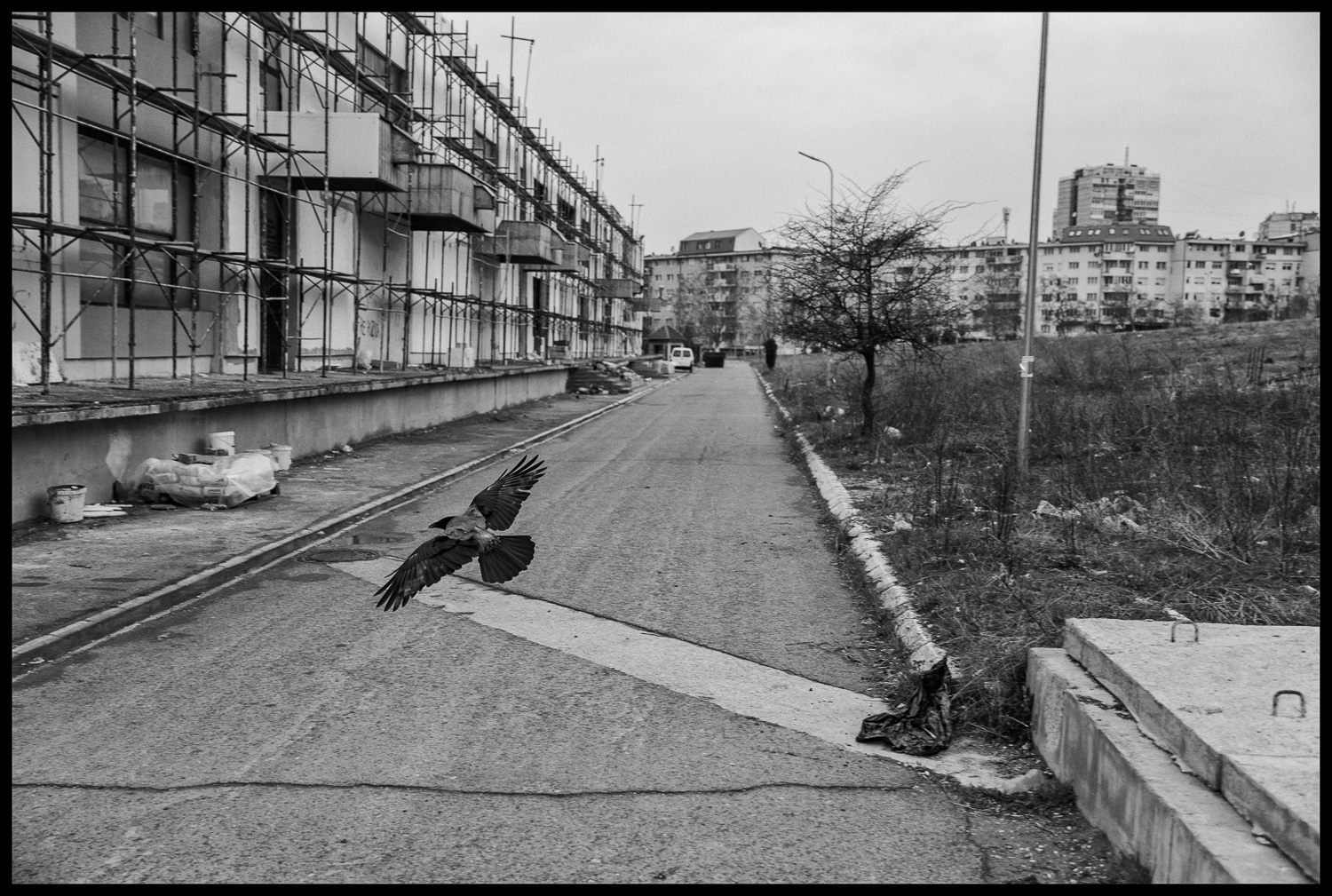 A crow flies over a Technical Faculty pedestrian path that is usually popular with joggers.