This year’s festival draws to a close, leaving behind a sense of optimism.

From the lights up on the walls of the Kalaja illuminating the words “Future My Love” every night, to the all night parties at the Andrra stage and over 250 films being screened at 10 different venues, the aura of festivities have filled the Prizren air for the last nine days. For DokuFest artistic director Veton Nurkollari and festival director Nita Deda, it has been a very successful edition, built on the optimistic theme of the future.

“Over the last 16 years I’ve never seen so many happy faces in the city,” said Nurkollari, knocking on the wooden desk in front of him for good luck. “It brought a very positive vibe and some sort of strange optimism to this part of the world, which actually doesn’t have many things to be optimistic about.”

Deda believes that participants contributed to the vibe of the festival by bringing along their own interpretations on the theme, and hopes for the future. “We didn’t want to do a campaign or theme where we would lecture people about something. We wanted to leave it open, but to make it a bit hopeful,” said Deda. “People did come, and brought their hope.”

For Deda, there were many highlights throughout the festival but the video-mapping exhibition by the Marubi National Museum of Photography especially touched her. Historical photos of Albania were projected onto the walls of residential buildings in one of the city center’s many squares, and for a while the Prizren dusk turned into a dynamic photo exhibition.

“It was a touching moment because this is an archive that we all know here in Kosovo but it was always presented to us in very rigid forms,” said Deda “This is the future basically, this is what we would like to explore in the future, hybrid forms of art.” 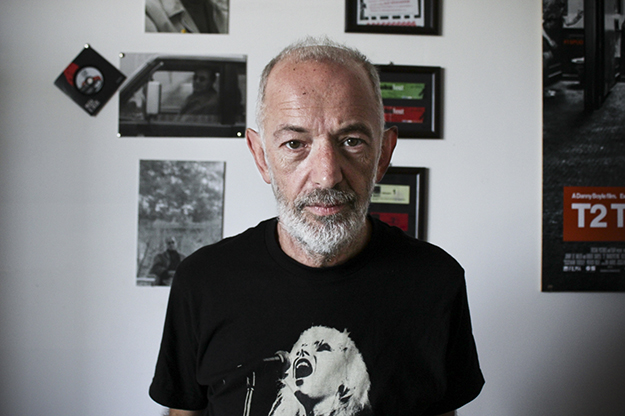 Every year, artistic Director of the festival, Veton Nurkollari wrestles with the challenge of screening a huge number of films in a city with only one established cinema. Photo: Agan Kosumi / K2.0.

Nurkollari acknowledged that making the event larger this year in terms of the number of films was a risk, and a great challenge, but in the end it paid off. There were over 20 more films screened this year compared to last year. “Every year I say ‘ok, next year we’re going to squeeze a little bit, cut down a bit,’ then something happens and we again end up showing quite a large number of films,” laughed Nurkollari.

The challenge did not lie with how many films were screened but the infrastructure available in a city the size of Prizren. “The challenge was being able to present films in a proper way because of infrastructure and lots of improvisation with the screening venues and things like that,” Nurkollari told K2.0. “We only have one proper cinema, and to be able to build nine more and have ten functioning screening venues is quite a challenge.”

For the whole festival to function, the hard work of the young volunteers cannot be ignored. Ticketing, merchandise sales, tourist information and a lot more processes would not have ran smoothly without their enthusiasm and love for both their job and the festival. “It felt so good to be able to help DokuFest and building something in my city,” said Adriana Spahija, a 20-year old English and German language student, and volunteer at DokuShop. “During this edition it was so hot but it was not a problem because we all love our jobs, we love contributing for something that makes our city and country do better, and gain a good name.” 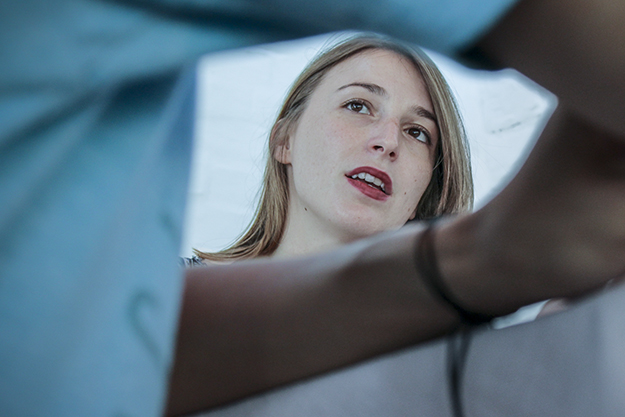 Festival director Nita Deda believes that this year’s DokuFest, with its emphasis on young people, can be a version of the future for all of Kosovo. Photo: Agan Kosumi / K2.0.

Nurkollari believes the theme of the future will still be as relevant as ever even after the end of this year’s edition, as the advancement of technology makes it a challenge for the festival to keep up financially. However, he is not too worried. “I assume in a few years we will have to find a way to fit most of the cinemas with PCP projectors. It’s so costly, over 50,000 dollars for one,” said Nurkollari. “But I’ve seen many changes over the last 16 years — when we started it was with VHS tapes and DVDs! We’re trying to adapt.”

With the future up in the air and as uncertain as ever, DokuFest 2017 has instilled some sort of hope to the audience, the directors, and everyone else involved that we might not be heading to a dystopia anytime soon, that the future is love and that the future is not dead.K

And the winners are…

Audience Award:
"To Want, To Need, To Love"