Aleksandar Vucic’s cheapest — and most expensive — votes were from Kosovo

Hashim Thaci and Aleksandar Vucic are on their way to Brussels.

This year, it was uncertain whether the Serbian presidential elections would be held in Kosovo’s territory. Even though Serbia’s Constitutional Court decided in 2014 that the current method of determining voting results from Kosovo for Serbian elections was not in accordance with the law, the same model of conducting elections in Kosovo for Serbian elections was still implemented. The OSCE Mission oversaw the election process, and after the polling stations closed, the ballots were transported to Raska in the south of Serbia and Vranje in the center of Serbia, where the counting of votes was organized.

Journalists working for “Insajder,” a team of investigative journalists from Serbia, asked the Constitutional Court directly about the regularity of the election process in Kosovo. They were told that the decision was related to the elections in 2014, and thereby doesn’t have any legal consequences for upcoming election processes.

During the election campaign, buses with people from Kosovo were traveling around Serbia and making up a large proportion of the people attending Vucic’s presidential campaign rallies.

It had taken the Constitutional Court two whole years to decide on the way the votes should be counted from the 2014 elections, ruling in June 2016 that it was illegal to take votes outside of Kosovo for counting elsewhere — however the legal decision was never implemented. Therefore the already established model, that leaves doubt in the regularity of counting votes, was conducted this time as well, with the most popular sentence that could be heard from citizens being: “It’s not important who votes, but who counts the votes.”

There is still no precise data on how many votes the newly elected president of Serbia got in Kosovo, but his Serbian Progressive Party talks of 80 percent. We shall see what the final figures show, but this percentage should not surprise us if we consider the circumstances in which, Kosovo Serbs more than any other voters, were in prior to and during the elections.

Namely, during the election campaign, buses with people from Kosovo were traveling around Serbia and making up a large proportion of the people attending Vucic’s presidential campaign rallies. These people are mainly employees of Serbia’s institutions that function in Kosovo. The irony is that he also received “support” from those who have been integrated into the Kosovo institutions since the Brussels Agreement.

Another interesting development occurred in Kosovo — the phenomenon of collective voting. Those employed in Serbia’s public enterprises that operate in Kosovo queued up to vote, led by their directors — heads of the Serbian Progressive Party in Kosovo. We can only guess who they voted for on their ballots in such circumstances.

The fact that he said that he had no intention of being a presidential candidate is not the first untruth he told, but it was maybe the last that people could trust.

The votes of the Kosovo Serbs are particularly important to Vucic, not only because 105,000 people could have decided the final election outcome, but because he needs proof that his policies towards Kosovo receive support. Given all the circumstances mentioned, it shouldn’t come as a surprise that Serbs in Kosovo are behaving as conformists with regards to the government in Belgrade; we have witnessed that in the not so distant past.

But, the votes Vucic received from Kosovo Serbs (if they were legally acquired), are the most expensive and cheapest at the same time. They are the most expensive for the citizens because their votes don’t indicate support for the Brussels Agreement or policies towards Kosovo, but speak of the fact that Kosovo Serbs don’t want to lose their ties with Serbia, ties that are ever-thinner. For the same reason, they are the cheapest for Vucic — it is very easy to blackmail a person who feels that they have little to lose.

When the Kosovar and Serbian presidents, Hashim Thaci and Tomislav Nikolic, were photographed next to the prime ministers of Kosovo and Serbia, Isa Mustafa and Aleksandar Vucic, and the EU High Representative for Foreign Affairs, Federica Mogherini —  who all met for negotiations in Brussels right after the “train” affair — not much knowledge or political analysis was necessary to predict the plans of the then prime minister and newly elected president of Serbia. The fact that he said that he had no intention of being a presidential candidate is not the first untruth he told, but it was maybe the last that people could trust.

And there it is, it happened. Serbia got a new president who will head the dialogue on the destiny of Kosovo, as well as exercise other competencies and powers that he will grant himself. Plainly speaking, Aleksandar Vucic and Hashim Thaci will be the ones to talk at the highest political level in Brussels.

Strengthening the president’s competencies was something former president Boris Tadic was successful in doing. So, why wouldn’t this also be done by a man who has already proven that he wants all the power in his hands, including power over the issue of Kosovo and the lives of Serbs in Kosovo who voted for him. This is a person that we all know sees himself as the leader of peacebuilding in the region, but instead creates crises in order to later solve them and become a hero after each such situation —  we can expect a similar approach in the upcoming years of his rule. 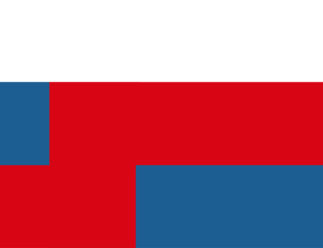 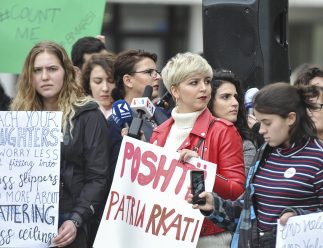 Celebrate the march on the streets

Watching your own life on the big... 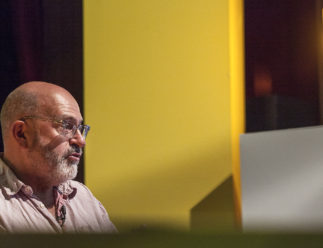 John Sweeney: Despite all the media’s faults,...

Police and political violence against citizens 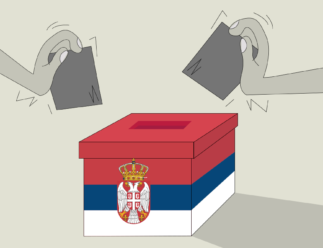 Is this the beginning of the end?