The architects aiming for social impact

Three years ago, when architect Rron Beqiri met a 13-year-old boy from Malisheva, he had an idea. The boy was suffering from Tetra-amelia syndrome — a birth defect where a person lacks one or more limbs — so Beqiri decided to design a table that would be suitable for the needs of the teenager who had no arms.

“He would work on the computer and write and he would do everything with his legs,” Beqiri says. “But he didn’t have a suitable table.”

Together with seven other student friends from the University of Prishtina ‘s Faculty of Architecture, Beqiri designed and made the table that was sent to the boy in Malisheva just one week later.

After they graduated, the eight friends decided to continue collaborating and putting their enthusiasm for architecture and design for social impact to use. Last year they established Architecture for Humans, a small interdisciplinary studio in Prishtina that operates within the fields of architecture, planning, urban space, interior design, research and publications. It is located within the Innovation Centre Kosovo (ICK), whose aim is to connect scientific research and development with the business sector. 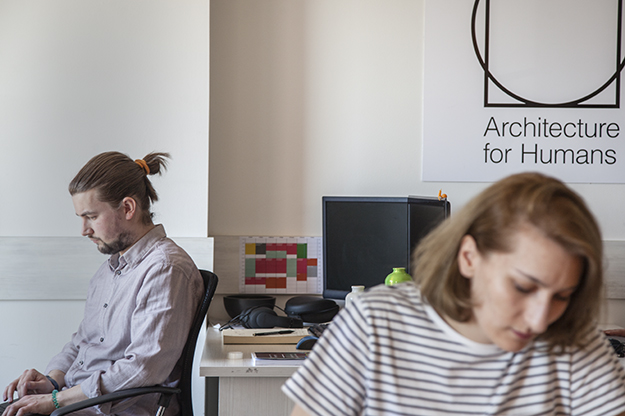 Architecture for Humans was established last year by a group of eight friends who graduated in architecture together from the University of Prishtina. Photo: Majlinda Hoxha / K2.0.

Based on the positive outcomes from their project two years previously, as well as the various needs for suitably designed spaces experienced by people in different circumstances, Beqiri says that the team is now preparing to officially launch a project by the end of April called ‘Modicular’ — a fusion of the words ‘modular’ and ‘particular.’

“The Modicular project will create furniture for persons with specific needs, and those needs may also be those of people with disabilities,” Beqiri says. “One thing that we understand is that people have different needs and it is interesting that we are the ones explaining to them what their needs are.”

Currently the Architecture for Humans team is designing an office within ICK that is used by a team of programmers, who are coincidentally all taller than 195 cm.

Arta Bytyqi, another member of the Architecture for Humans team, says that besides working with clients, stakeholders and the community, the studio also aims to work with professionals from different fields.

“The plan for every project in the future is to consult with psychologists, sociologists and others — for example when the person in question is a child, or persons that have a disability,” Bytyqi says. “All these months before launching the project have helped us to better understand the situation, the limits and possibilities of what we can actually do — to better understand how to make a design that is good, reasonable and economical.”

In order to do this, the architects have come up with some key criteria for any project that they undertake: Their design needs to improve life, solve the problem and be simple, affordable and original. 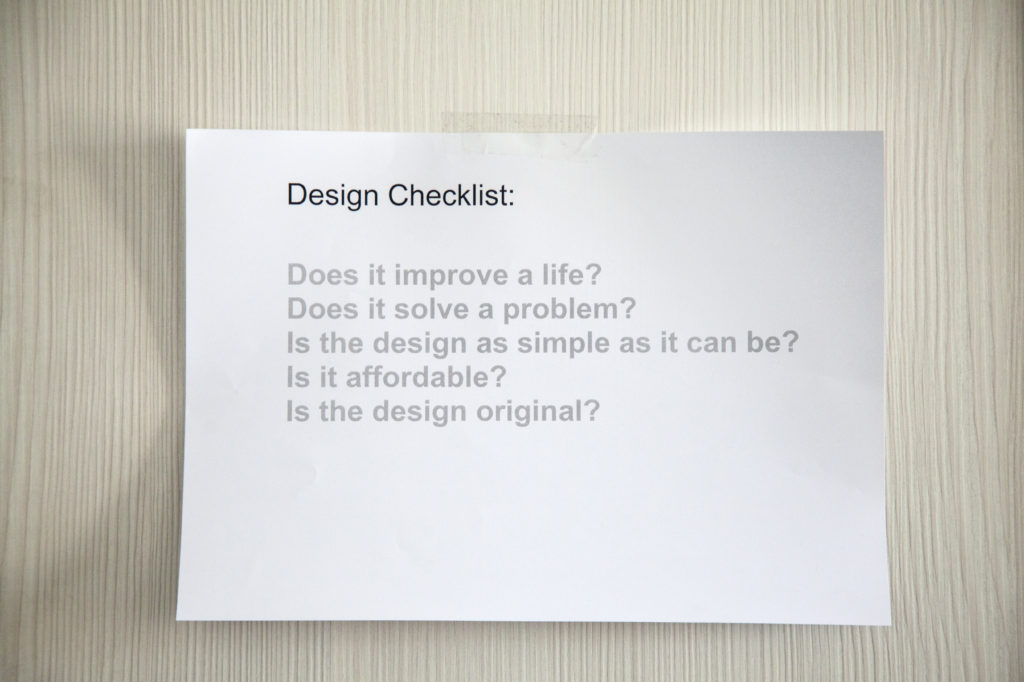 The architects have a strong social impact philosophy that guides their work.

During the fifth edition of the KOSICT tech festival last October that featured talks on a number of global trending IT topics, Architecture for Humans exhibited their conceptual designs as part of the StartUp Fair, alongside many other young Kosovar entrepreneurs.

“We had around five products, as prototypes, through which we wanted to explain what we want to do,” says Bytyqi. “They were more sketches than genuine designs, but it was mainly to explain what we understand by ‘specific needs.’”

The ideas they presented in the conference included a kitchen for people in wheelchairs and a shelf for persons of short stature. 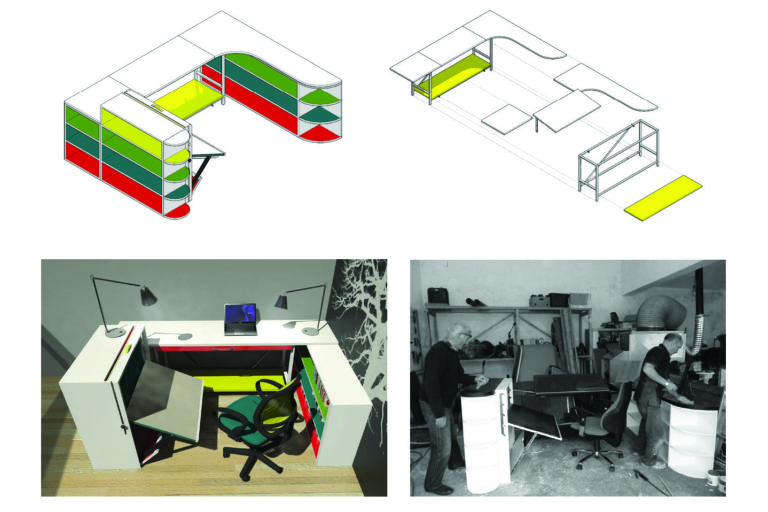 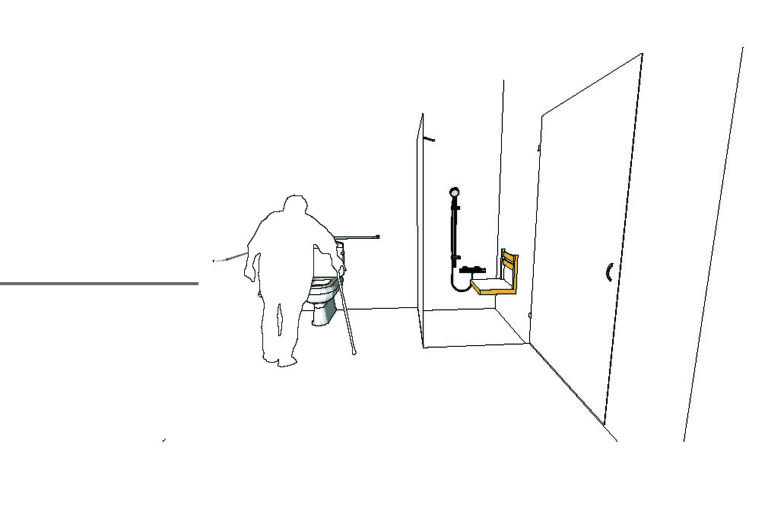 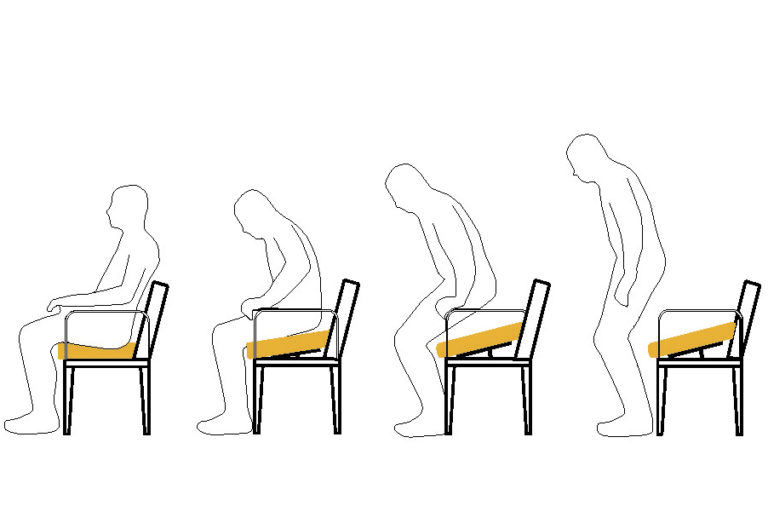 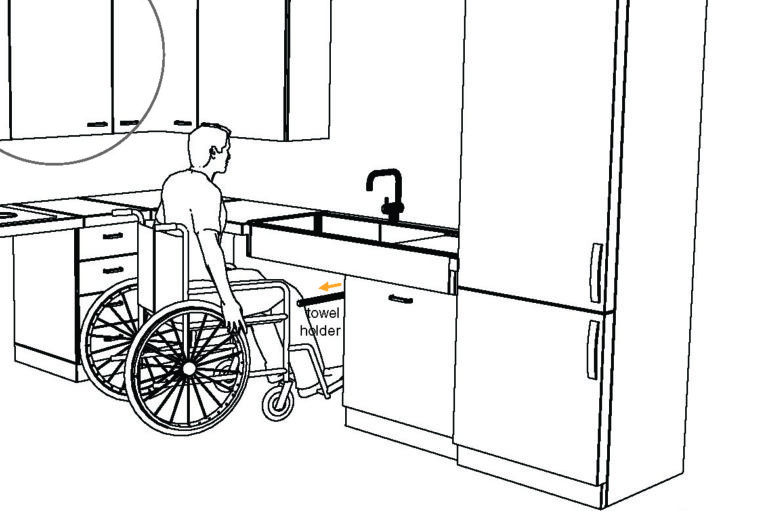 Beqiri says that it is clear from the orders they receive that there is currently a tendency towards office space, with the most popular order they receive being a big multifunctional office table, similar to the one that occupies the center of their studio. “I like that people are thinking of making their office comfortable,” he says. “We want to offer the option of designing the whole office because it is not a short period to spend 8 hours [each day] at the office.”

One of the products that they will be launching within the Modicular product is a portable office kitchen, based on their own experience of working in different places. “We’ve all worked at different offices,” Beqiri says. “Usually in Kosovo offices selected [by employers] don’t cost too much, and are changed very often and people don’t have money to invest in a kitchen. So this will be a small portable kitchen.”