All articles by: Jeton Neziraj

Jeton Neziraj (1977) is a playwright from Kosovo. He has served as Artistic Director of Kosovo National Theatre, and currently works as director of Qendra Multimedia në Prishtinë, an association which works with contemporary theater and literature. He has written over 20 plays, which have been played in Kosovo and abroad — in Europe and the U.S. — and have been translated and published in around 20 languages. Jeton Neziraj has received many local and international awards for his plays.

The demolition of the theater as a harbinger of an upcoming [...] 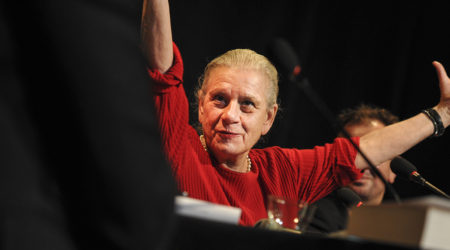