Zoltán Turuc lives in Bačka Topola in Vojvodina and like many others in this part of Serbia, he has dual citizenship, enabling him to vote in both Serbia’s and Hungary’s elections on April 3. In Serbia, he can vote by visiting a polling station in his municipality, while he can vote in Hungary’s elections by sending his vote by mail, voting at the consulate in Subotica or by crossing the border and casting his ballot in the polling station designated for the diaspora.

Still, as he doesn’t live in Hungary or pay taxes there, Turuc thinks it isn’t fair to vote in that country as well so he is hesitating about what to do, either cast a vote or void his ballot. He is ready to give his vote to some of the candidates in Serbia.

“I can have dual citizenship as much as I like but I want to allow those with a residence or job in Hungary to vote,” Turuc said.

Many Hungarians in Vojvodina would disagree, believing that the events taking place in the neighboring country, as well as the question of who is in power, significantly influences their everyday lives.

The closeness with Hungary is visible everywhere in Vojvodina, where the Hungarian government, led by Viktor Orban, has been investing in infrastructure and culture as well as providing assistance to farmers and small business owners for years. At the same time, Viktor Orban and Aleksandar Vučić, both candidates in these elections, show their closeness and cooperation openly these days.

As part of the Serbian campaign, a high-speed train for travel between Belgrade and Novi Sad was recently inaugurated. After his initial ride, Vučić told the media that he and Orban had agreed to unreserved cooperation together.

Gabor Bodiš is a journalist from Hungary whose family comes from Vojvodina who for years has been tracking and analyzing relations between the two countries. He believes that between the president of Serbia and the prime minister of Hungary there exists a “nearly amorous relationship.”

“Together, they have created two countries that seem to be twins in terms of political systems, especially bearing in mind top-level corruption and the media that are under their complete control,” Bodiš said. He added that, apart from the physical appearances of the two leaders, everything else, the principles they are putting forward and the society they are creating, is “completely the same.”

After the Alliance of Vojvodina Hungarians, the largest number of political posters in Subotica are from Vučić’s Serbian Progressive Party.

Bodiš emphasizes that Orban exerts full and undisputed influence over Hungarians in Vojvodina. “Serbia plays no role in shaping the political consciousness of local Hungarians. This is done by Hungary-based media and they are under the full control of the Alliance of Vojvodina Hungarians,” Bodiš said.

The Alliance of Vojvodina Hungarians (VMSZ) is a party with close ties to Orban’s Fidesz party. They will participate in the Serbian elections independently, hoping for votes that would enable them to keep their current positions. The message from their political posters, dominant in Subotica, reads: “On April 3 – For you, with you, for all of us!” 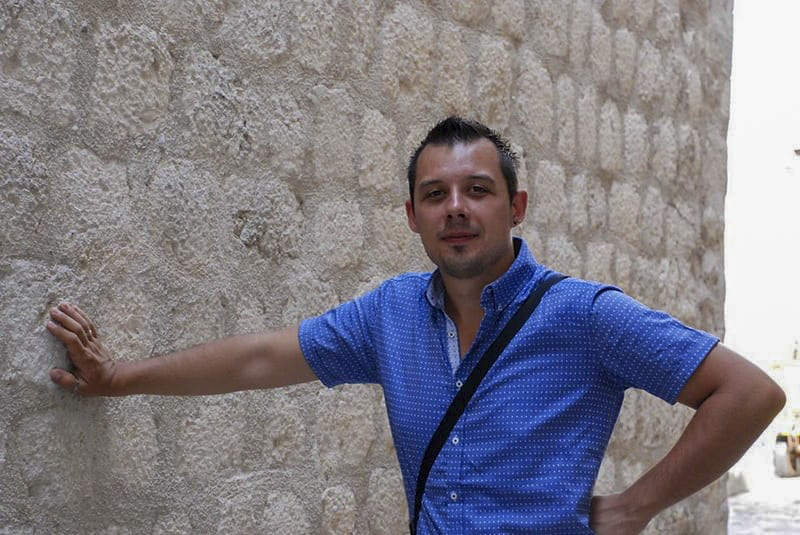 After VMSZ, the largest number of political posters in Subotica are from Vučić’s Serbian Progressive Party (SNS). István Pásztor and his son Bálint lead VMSZ and have openly supported Aleksandar Vučić for his Serbian presidential candidacy, calling upon their voters to cast their ballots for the leader of the SNS.

Opposing VMSZ is the Hungarian Movement, which is taking part in the parliamentary elections in Serbia alongside the coalition “Moramo” (“We Must”) that brings together civic and environmental movements and parties from Serbia. During their political rallies, they often speak about Orban and his attitude toward Hungarians in Vojvodina, and what could change in the future.

The head of VMSZ’s list is Bálint Pásztor, who is conducting his campaign also through social media, where he regularly posts content and communicates with citizens. He is readily available to journalists and eagerly speaks about the results achieved so far by VMSZ.

Apart from the online campaign, VMSZ’s representatives are paying visits to Hungarian villages and talking to potential voters. Their close relationship with Fidesz, a party popular with Vojvodina Hungarians, increases the political weight of VMSZ in Serbia.

Bodiš is skeptical that the current Hungarian leadership in Vojvodina can be replaced but hopes for change in Hungary where, for the first time in 12 years, a united opposition front could politically threaten Orban. The journalist believes that a large role will be played by further developments in Ukraine and Russia, as it relates to the ties that Orban maintains with Putin.

Vojvodina journalist of Hungarian origin Norbert Šinković holds the opposite opinion from Bodiš. He doesn’t believe that the opposition will triumph in Hungary but hopes that some change could happen in the power relations in parliament, in the sense that the opposition might be able to limit the current dominance of Orban’s Fidesz. When it comes to votes of Vojvodina Hungarians, he is skeptical that they could go in favor of the opposition, as it has failed to convey a clear message to the region’s diaspora.

Šinković said that many Vojvodina Hungarians are grateful to Orban because in 2010 he facilitated the acquisition of dual citizenship and because he diverts large sums to Vojvodina.

“The money coming from the state funds of Hungary isn't party money but resources that came from taxpayers.”

This support, according to some analysts, is seen in Vojvodina’s Hungarian-language media, which Norbert Šinković deems problematic. “First, it is not in accordance with the journalistic code, the rules of our profession,” he said, adding that these media outlets are getting money from Hungary, but that it was often presented as money that came from Fidesz.

“The money coming from the state funds of Hungary isn’t party money but resources that came from taxpayers,” Šinković said. “By creating the image that Fidesz is ‘giving out’ the money, rather than Hungary, it is clear that this constitutes an instrumentalization of public resources for party and political gain.” 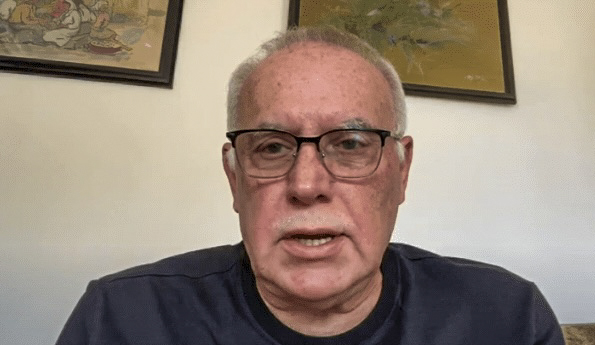 Turuc too thinks that Orban is “buying” votes from Vojvodina Hungarians, and that he is doing so through VMSZ. He warns of the fact that the party announced it would use the election day to visit their fellow citizens in Vojvodina and help them with the procedures pertaining to the process of voting in Hungary. “For example, they can manipulate the elderly, who are unable or don’t know how to read or write,” Turuc warned.

Thanks to the decision on dual citizenship, more than 65,000 people in Serbia can vote in Hungary’s elections. During the April 3 elections, they can vote for one of six political lists that are battling for 199 seats in the Hungarian parliament. The voters will also have an opportunity to vote on a referendum question regarding support for presenting different sexual orientations to minors in schools as well as the media promotion of gender-sensitive topics to children. Last year the Hungarian parliament adopted a Law on the Protection of Children, which the opposition, as well as activists in the EU, believe to be against the LGBTQ+ community.