Faking it So Real

There is another name for fake news: a lie.

When, as a kid, you break a vase, “my brother did it” is not an alternative fact. Yet somehow, while we were scrolling our newsfeeds, we crossed a line on which the other side a White House official can say on live television that there are microwaves that turn into cameras and not be laughed out of the studio.

Vladimir Surkov, one of the key figures in Putin’s administration, began his career as a theatre director and has written novels, under a pseudonym, satirising the same system he upholds in his day job. Adam Curtis’ latest documentary “HyperNormalisation,” which is also screening at this year’s DokuFest, argues that Surkov “turned Russian politics into a kind of bewildering, constantly changing piece of theater.”

The goal is not to convince you of a single ideology like communism, but to bombard you with so much contradictory information that you have no idea what to believe anymore and simply give up.

You could say “technology did it”.

Facebook algorithms know us better than ourselves. Video and audio software can make us say things we didn’t. Our microwaves might not be spying on us, but our televisions are.

Or, you could say “DokuFest did it.”

This year, the festival has decided to hold up a mirror in the house of mirrors with ‘Fake it So Real:’ A category of six films that explore that squelchy, unsettling no-man’s-land between truth and fiction. Of course, all documentaries are, to some extent, deceitful. Even in virtual reality, someone has made a conscious choice about what you’ll see and what will be hidden from you. Any documentary that claims to have the whole truth and nothing but the truth will most likely be competing with another doing exactly the same.

The films in ‘Fake it So Real,’ however, were chosen for their conscious attempt to make us question our perception of reality, or to fold something fake into an origami image of the truth. It could be argued that, as it’s 2017, we don’t need to go to the cinema to experience that any more. Nevertheless, throughout the week K2.0 entered four of these fairground rides, without reading up about them beforehand, to discover if there’s any hope in getting out alive. 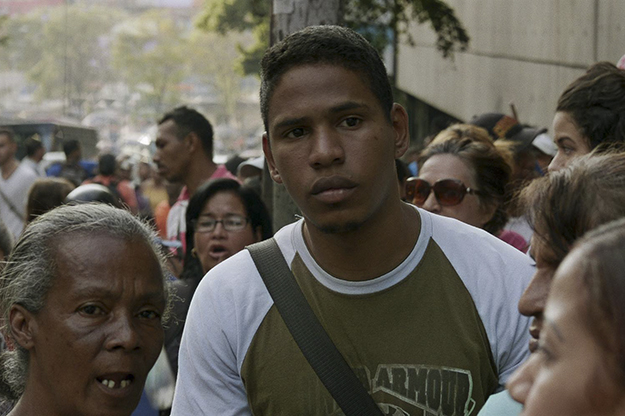 First up was “La Soledad,” which at first appears to be a gorgeously shot documentary about living through Venezuela’s catastrophic economic crisis. The film follows Jose, a young father living with his whole family in the crumbling colonial mansion a wealthy family charitably allowed his grandmother, and only his grandmother, to live in. That is, until Jose encounters the ghost of a slave and finds a white horse in the garden with a bellyful of gold.

“La Soledad,” it turns out, is a drama in the grand tradition of Latin America’s magical realism. However, Director Jorge Thielen Armand’s family own the dilapidated home in which his film is set, while Jose (who, along with the rest of the cast, plays himself) is Armand’s childhood friend. By using elements of documentary to disguise the form of fiction, “La Soledad” brings you closer to Jose’s experience than either clear-cut format could.

Next up is “Drib,” a film so cynical about the modern world that, by the time the end credits roll, it’s impossible to know how many layers of post-truth reality it is submerged in, if one exists at all.

In short, it’s a gleeful mockumentary about the making of a film based on the true story of a Norwegian performance artist who nobody except him knows is a performance artist being hired to promote an energy drink in Hollywood but whose name for supposed legal reasons has been changed to ‘Drib.’

Amir, the film’s protagonist, plays himself throughout, but whether that’s where the documentary element ends is up to you and Google. Besides, truth is not what the film is interested in. Fourth walls are broken left, right and center, sometimes one after the other. Every character is duplicitous, or worse, selling off any sincerity they have left for a marketing scheme. Advertising exec Brady tries to convince Amir that he’s really a subversive artist by dropping buzzwords like “accelerationism” (the idea that capitalism has grown so unsustainable that the only solution is to contribute to it to such a degree that you bring about its demise as soon as possible). British actor Adam Pearson, also playing himself, exploits the bullying he faced growing up for his physical deformity — he has neurofibromatosis — in order to sell a face cream with the slogan “beauty is on the inside.”

Though “Drib” might not have much to say, you could argue it’s a subversive act of accelerationism itself. All the same, it’s as funny as the marketing world it depicts is rotten.

The deadpan comedy “The Future Perfect” sits closer to “La Soledad.” Xiaobin, played by somebody called Xiaobin, is a Chinese immigrant who struggles to work and build a new life in Buenos Aires with the limited Spanish that she has.

Although fiction, German director Nele Wohlatz employs the same static camerawork and stilted non-actor performances as Armand, this time to capture the relentless stiffness of communicating in a second language that’s only just beginning to be learnt. Conversations are reduced to basic sentences and contrived language-class questions, even when it comes to romance.

Everyone in “The Future Perfect” is performing, but only because they have no other choice. Xiaobin introduces herself as Beatriz, until an optician tells her that she’d suit Sabina better, but the only time she speaks Chinese in the film is when she needs to be honest with her Indian boyfriend Vijay, who can’t understand a word she’s saying.

Later, a young Argentinian named Nahuel is hanging out with the Chinese students and says, in fluent Chinese, “I am acting like I speak Chinese.” His friend dismisses his modesty; he speaks the language very well. “I am acting,” insists Nahuel, “like you are.” Is the film pulling a “Drib” on us? 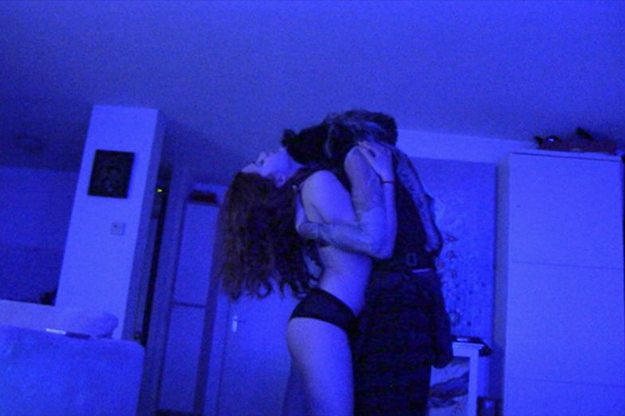 The more provocative “Craigslist Allstars” featured the director engaging in meetings with a number of strange men in Amsterdam, Berlin and Tokyo. Photo: Dokufest.

The most straightforward documentary in the category, which is quite possibly as misleading a statement as the one about microwaves turning into cameras, is the curious and polarizing “Craigslist Allstars” by Finnish-Egyptian artist Samira Elagoz. Having solicited strange men on the classified ads websites Craigslist, she visits their homes and films, as she puts it, how they get to know each other.

It’s a bold concept that does attract, unsurprisingly, some fascinating and bizarre characters. There’s ‘the Expert,’ for example, as Elagoz names him, who passionately explains how to produce large volumes of creamy, sweet semen. Most of the men, it turns out, either want to have sex with her or talk about having sex with her. Not exactly a revelation on Craigslist.

When the lecherous, creepy ‘Director’ is about to spank her, protesting that viewers want to see something shocking, she objects on the grounds that it’ll be a performance, while the purpose of her project is to film real interactions.

Just like “The Future Perfect,” most of the men in “Craigslist Allstars” are performing; whether teaching her how to dance, showing her a magic trick or playing the guitar. Sometimes she succeeds in getting to the truth beyond that; ‘the English Plumber’ reveals the pain he feels over the divorce from his wife, or ‘the Exhibitionist’ (who pleasures himself on webcam for a hobby) confesses his fear of really opening up to a stranger, despite his pastime: “That’s easy. I’m in control.”

The problem, however, is that when the camera is turned on Elagoz herself (and it often is), she never stops performing. As filmmaker and editor, she is always in control. Whenever there’s a risk of her vulnerability being exposed, she shies away. She spends hours or even days in a romantic tryst with the Magician, but speeds all the footage up into a frenetic montage of screwing, blazing, fancy dress, baths and J-pop.

Throughout “Craigslist Allstars,” in fact, she chooses to edit around the genuine interactions she purports to be making a film about in favour of shock tactics. We see her tied up, urinated on and groped, but rarely the connection that led them there.

A fascinating film could have been made with the no doubt reams of footage she recorded, but that is not the film Elagoz chose to make. It is weaker for it. “Craigslist Allstars” may have the most authentic footage in the category, but it’s ultimately the one with the least truth. Still, it was the only one we were still talking about several days later.

So who broke the vase?

In the Yugoslav space race mockumentary Houston, We Have a Problem, which played at last year’s DokuFest, Slavoj Zizek concludes that “even if everything is a fake, this fake tells us so much about the social reality in which we live. Even if it didn’t happen, it’s true. And that’s the crucial message.”

If you agree with Zizek, then you’ll understand the danger of the omnipotent microwave. If you agree with Morris, start investigating which drink Drib is a foil for. Either way, we’ll still have to explain to our grandkids how world war three began because the internet called the vase a conspiracy theory.K

For more from the Fake it So Real program at this year’s DokuFest, check out “Stranger in Paradise” at the Dream Cinema at 22:00 on Thursday, or the re-showing of “Craigslist Allstars” at Kino Klubi at 12:00 on Saturday.