Does Kosovo’s film industry tell too many stories of war?

A car approaches the camera, only to be stopped by a battered bicycle. Two guys get out. The driver insists they remove the obstacle but the passenger is transfixed by the bike, and tells his friend to leave. He hops on and starts to ride; both down the street and down memory lane, back to childhood when he and his friend would cycle joyously together on the same bike.

This is the opening scene of the movie “Shok,” with its motifs of nostalgia and conflict. The short film is an emotional story of two young friends, and is set during 1998, just as war was breaking out in Kosovo. 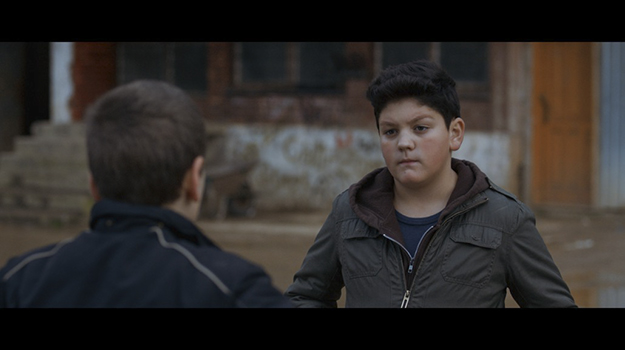 Despite not picking up the Oscar, “Shok” has won a number of awards, including the Grand Prize at the HollyShorts independent film festival. Photo: Still from “Shok.”

This nearly flawless drama, written and directed by Jamie Donoughue and filmed with a cast and crew mostly composed of locals from Kosovo, was nominated for an Oscar, in the Best Live Action Short Film category. It was a first for Kosovo, and although it did not win, its mere participation was a victory for the Kosovo film world. This tiny country of 1.8 million inhabitants, from whom maybe at best two or three hundred work in the movie sector, made it to the Oscars!

The success of Kosovo films

“Shok”’s Oscar appearance has not been the only success for Kosovar film. In 2012, Blerta Zeqiri’s “The Return” won the Jury Prize in the Short Film, International Fiction category of the Sundance Film Festival, the U.S.’s biggest independent film festival. Earlier this year, Daniel Mulloy’s film, “Home,” also made with a mixed crew of Kosovars and international guests, won the BAFTA award for Best British Short Film.

The three films, “Shok,” “The Return” and “Home,” are the Kosovo film industry’s three biggest successes to date, and all three focus on stories emerging from the war in Kosovo. But, despite their achievements, are Kosovo’s films becoming too monothematic?

“To cope with the past, artists want to tell the stories that are not yet told through their work.”

‘Termokiss’ is a collective of young people that host cultural events in Prishtina including weekly film screenings that often feature discussions of the movies shown. During these discussions, one topic that frequently arises is a dissatisfaction with the number of movies being produced in Kosovo with war related themes, at the expense of other, more modern, social issues. The issue was also raised during K2.0’s recent #IWantToKnow campaign.

These views are often espoused by members of younger generations, who did not experience the war, but are now experiencing the new technological boom; the melting of sexual conservatism, the drastic changes as to what community is envisioned as, and an overall confusion regarding values, dreams, and identity. All of these topics can easily be explored on film and offer guidance to young people, for whom war related movies often feel obsolete and needless.

To help explore these issues, and examine what Kosovo’s developing film industry should focus on, K2.0 spoke to some of Kosovo film’s leading lights, to question exactly what should be captured on camera. Should it be more than Kosovo’s wartime?

The executive director of DokuFest, Eroll Bilibani argues that the “wounds of war are still fresh” and there are still lots of stories that remain untold. “To cope with the past, artists want to tell the stories that are not yet told through their work,” says Bilibani.

Bilibani believes that these stories resonate even today, and points out that there are still people missing and wounds that are still unhealed from crimes committed during the war. He points to consequences that people still feel today, highlighting the example of women who have been raped and even to this day are stigmatized by society, which Bilibani refers to as a “second raping.” 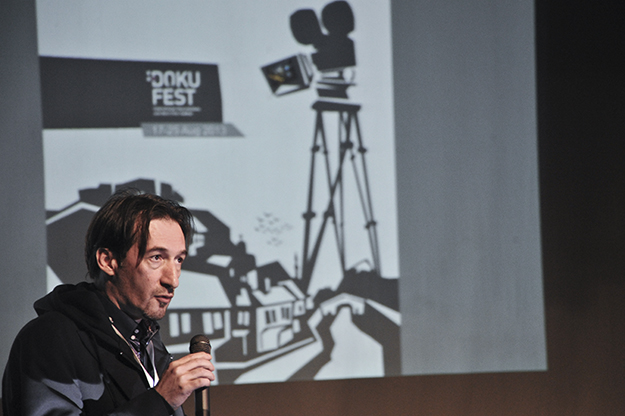 The DokuFest director feels that as long as these issues are not resolved, war related movies are going to be, and should be filmed, and hopefully be part of a larger discussion. “These stories still echo in the minds of the population, but have not been visualized yet,” Bilibani states. “If you get out of the urban neighborhoods of the larger cities, and go into the villages you can still see the wounds of the people who have experienced the war.”

Nevertheless, based on the applications that arrive in DokuFest, Bilibani says that there is a trend of change regarding themes that entrants are exploring. “Although we still receive lots of applications from war related movies, a new trend is social dramas,” he reveals. “Be that in the form of short movies, documentary films, or even comedies, which is encouraging.”

Raca explains that the plot of her 2012 movie, “Amel,” revolved around the idea of free movement. “The protagonist was an actress, who gets invited to star in a film in Europe, but because she does not get a visa, her whole career fails,” Raca says. “At the same time the plot revolves around the prejudices an actress has to face, even though in most places this has been passed, but in more provincial places it still exists.” 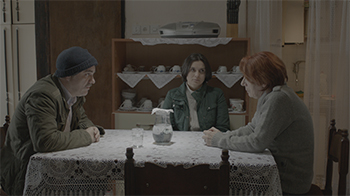 Another film that Raca made in 2015, “Home” (not to be confused with Mulloy’s BAFTA winner), focuses on property ownership. “It is a problem in Kosovo, because only 15 percent of women have property in their name, and only 3.6 percent have inherited that property from their family,” explains Raca.

The plot of “Home” centers on the story of its protagonist, Hava, who has entered into a secretive lesbian relationship. Hava has a low income, and fights for the right to inherit her part of the family property.

In her films, Raca always addresses sensitive social issues. The reason for this, she explains, is that “we are a society with a lot of social problems, and it is a way to increase awareness about a phenomenon that is happening.”

Raca believes that although movies can not change the world, they can have an impact on the way we see it. “I think that when we do not talk about certain topics, the consequences are that society does not develop, and we do not understand each other,” she explains. “Film is a very good method of touching on different topics, and I think we especially need to address women’s issues and the LGBT community, because I think we are not exploring them enough.”

“We have not yet reached a level of being capable of opposing or challenging something."

In regard to taboo topics, Bilibani feels that these groups are so marginalized and threatened, that they dare not tell their stories, and as a consequence, filmmakers are unable to visualize them.

Arben Zharku, the Director of the Kosovo Cinematography Center thinks that to portray these groups, a director needs courage, and that whilst no such movie has been made so far, that is about to change. Zharku says that there is such a movie in production which will very soon be released, but he is not overly optimistic that it will manage to open a wide societal discussion.

“I would like the movie to open a debate in society, but here no one really cares. They pass right in front of an LGBT flag at the government building and all they say is ‘oh how nice,’” Zharku says. “We have not yet reached a level of being capable of opposing or challenging something — like for example in Belgrade where people have risen up, broken windows and clashed with each other.”

Although it might be seen that a lack of reaction is a sign of emancipation, in Kosovo’s reality, it is more a sign of apathy. Without a reaction, there can be no change. 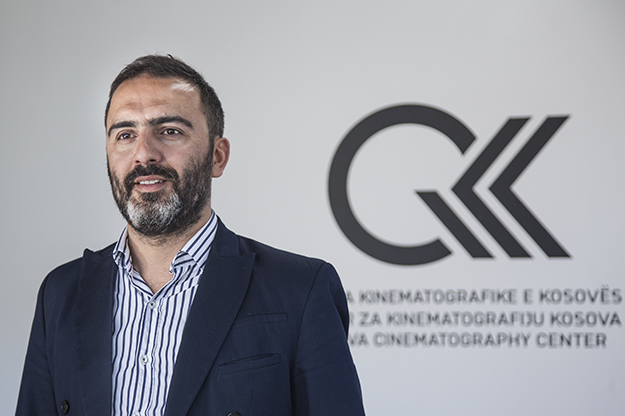 The Director of the Kosovo Cinematography Center, Arben Zharku, hints that a film tackling tough issues of sexuality is imminent, but is not optimistic it will impact social prejudices. Photo: Majlinda Hoxha / K2.0.

Kosovar films have started being taken more seriously by government officials, mainly due to their success. The film industry has received a larger budget than ever before this year. However, it also needs support in the form of infrastructure; cinemas, studios and equipment. Only then will it be able to reach a wider audience and result in positive societal change.

In a recent interview with K2.0, Daniel Mulloy stated his view that any film that could be made anywhere could also be made in Kosovo. Following that counsel, filmmakers in Kosovo need only choose whether their story is one of war, poverty, social transition, sexual conservatism, religion, marginalization, or any other subject they wish to explore in front of the lens.K

This article is a response to reader questions during our #IWantToKnow campaign on the proliferation of war movies in Kosovo’s film industry.