Few following in the footsteps of whistleblowers

Despite favorable laws not many people dare to blow the whistle in Macedonia.

Almost everyone has heard of Edward Snowden, the whistleblower behind the NSA surveillance revelations, responsible for one of the most significant leaks in US history. But fewer people are familiar with Macedonia’s own “Snowdens,” whose revelations have been so powerful, that they helped topple a corrupt government.

Whistleblowers working for the Macedonian secret police provided the so-called “bombs” — recordings that contain alleged wiretapped conversations of high government officials that seemed to disclose in plain sight that former Prime Minister Nikola Gruevski was behind the illegal surveillance of some 20,000 people, including ministers, journalists and diplomats.

The pressure these whistleblowers came under clearly shows that protecting individuals who report misconduct is important: three of the whistleblowers were arrested right after then-Prime Minister Nikola Gruevski found out about the “bombs.”

In a case called “Putsch” (coup), Macedonia’s then head of opposition and current prime minister, Zoran Zaev, who published the wiretaps, was accused of “blackmail and violence against state officials” and was ordered to surrender his passport. Three other suspects, including the former secret police chief, Zoran Verusevski, were placed in custody.

Gjorgi Lazarevski, one of the whistleblowers, who was working for the Administration for Security and Counterintelligence and spent almost a year in custody on the same charges, recently spoke publicly about the whistleblowing operation.

“I was prepared for any possibility, I had accepted that even the worst scenario could happen,” said Lazarevski, an engineer, who had been working for the secret service for 25 years, in an interview for Macedonian NovaTV. The charges for the “Putsch” case were dropped by the Special prosecutor’s office at the start of this year.

However, famous Macedonian whistleblowers, like Lazarevski, have seemingly not so far inspired others in the public service to disclose wrongdoing. Even students, who supported the whistleblowers by protesting and asking for changes in the government, are not eager to speak out about corruption in universities.

No whistleblowers in the public or the private sector

The Law on the Protection of Whistleblowers assumes that a potential whistleblower will make their disclosure either internally (within their own institution), or, if that fails and concerns the management of the institution, externally — to other competent public agencies such as the Ministry of Interior, or the State Commission for Prevention of Corruption (SCPC).

The law provides protection for employees of both government institutions and private companies. Failing to maintain a whistleblower’s confidentiality can result in a fine for the institution or company of up to 6,000 euros.

Failing to maintain a whistleblower’s confidentiality can result in a fine for the institution or company of up to 6,000 euros.

In the last year and nine months that the law has been in force, the SCPC didn’t receive a single complaint for any kind of information or activity that is deemed illegal. Private sector employees also have the right to blow the whistle, but there are no reported concerns.

The Government and some ministries, such as the interior and the defence, also did not register whistleblowers’ complaints. Employees of the Macedonian Customs Administration have not blown the whistle either. Nor have any reports have been registered at any of the faculties of the country’s universities.

The results of a study, “Are there going to be whistleblowers at the University?,” carried out by the Skopje-based Institute of Strategic Research and Education, show that neither students, nor employees at higher education institutions are familiar with the Law on the Protection of Whistleblowers, or the existing mechanisms for reporting corruption within universities. 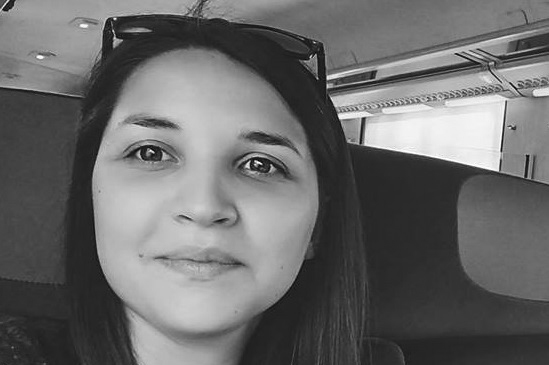 The student protest in Skopje in 2014 under the motto: “Be active! Realize yourself! Studentize!” does not seem to have led to a change of mind. Photo courtesy of the Student’s plenum.

The study, which was published in December 2017, showed that almost 70 percent of law students from the four biggest universities in Macedonia that took part in the survey, were not familiar with this law. Meanwhile, almost half said that they had heard about corrupt practices, yet nearly 80 percent answered that they would never report corruption because they are afraid of repercussions.

The most common corrupt practices students pointed out at the universities was the requirement to buy a textbook written by a professor in order to pass an exam, and bribing lecturers to complete a course.

Professor Aleksandra Gruevska Drakulevski, part of the research team, says that students must be encouraged and assured that they will not suffer consequences, and that measures will be taken upon their reports accordingly.

Aleksandra Zivkovic is a member of the Student’s plenum, an informal association of students that organized the mass student demonstrations held in Skopje in 2014. She similarly believes that students are not interested in blowing the whistle on university malpractices such as bribery, and nepotism in employment and promotion, as they believe that lecturers cover each other’s backs.

“Students do not trust institutions as they believe they can’t change anything. They also think that professors could seek revenge,” says Zivkovic who did her master’s degree in the field of corruption in higher education. 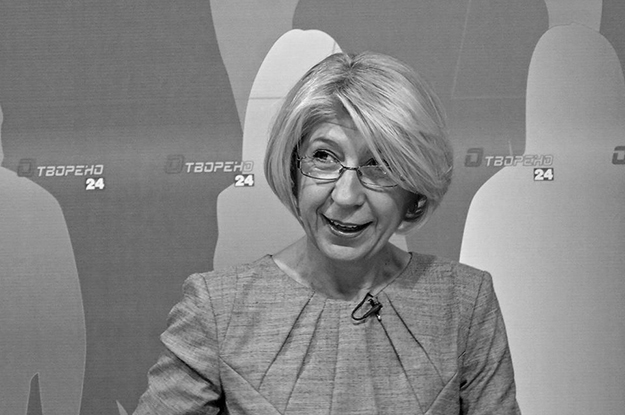 “Some practices such as pulling strings through relatives or friends, or students paying professors for private lessons, are not even perceived as corruption,” Zivkovic continues. “It’s in students’ mindset to accept these malpractices as usual because corruption is omnipresent in society.”

Zivkovic thinks that the Student Parliament, an organisation comprising students’ representatives standing up for their interests, requests and proposals, can play a role in motivating students to report corruption.

“In the last 25 years the Student Parliament was entwined with the government. In an ideal situation, the parliament would address these issues to the University Senate, the supreme academic authority of the institution, and defend student’s rights together with the student’s ombudsman,” says Zivkovic.

Slagana Taseva, president of Transparency International-Macedonia agrees with Zivkovic that students are discouraged to be whistleblowers because they believe that the lecturers back each other.

“The students would be encouraged to raise concerns about corruption if the universities ensure whistleblowing procedures without students being subject to any detriment,” says Taseva. 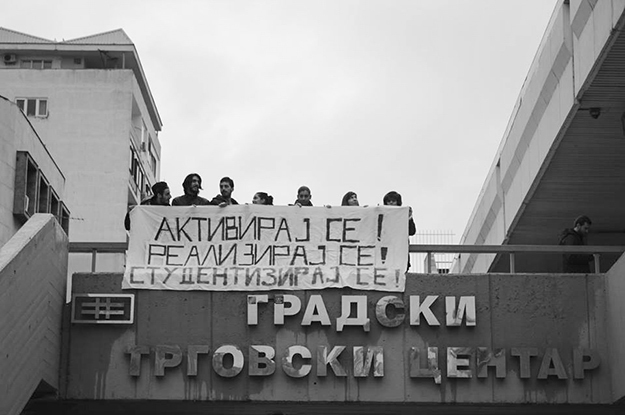 President of Transparency International-Macedonia, Slagana Taseva, points out that students are discouraged to be whistleblowers because they believe that the lecturers back each other. Photo courtesy of Slagjana Taseva.

It will take some time before the citizens, including students, become brave enough to blow the whistle. For now, one of the reasons Macedonia lags behind other countries in the region, is that a disproportionately large amount of its citizens believe that whistleblowers should be penalized for the disclosure of wrongdoings.

According to the data analysis “Public Attitudes to Whistleblowing in South East Europe” published by Regional Cooperation Council, three in ten people in Macedonia believe whistleblowers should be punished for their actions – nearly twice the regional average (Surveys were also conducted in Albania, Bosnia and Herzegovina, Croatia, Kosovo, Serbia and Montenegro).

At an event celebrating International Whistleblower Day, Katica Janeva, part of the special prosecution team investigating the leaked wiretaps, said that citizens are less inclined to blow the whistle on corrupt practices and crime because they fear the consequences.

“That is why we have to encourage them to report such practices. But, there is a problem with trust in the institutions, aside from the risk associated with whistleblowing, whether they will apply the law,” said Janeva at a conference held earlier this month in Skopje.K