Last month, the Center for Equality and Liberty for the LGBT Community in Kosova (CEL Kosova), published the “Manual for Psychological Practice with Lesbian, Gay, and Bisexual Clients.” The manual provides psychologists with basic information and tools for the counseling of lesbian, gay and bisexual (LGB) persons, in the areas of assessment, intervention, identity, and relationships. The manual is focused solely on the LGB population, rather than transgender persons due to wide differences of psychological practice employed with these two groups.

The manual seeks to provide general instruction for psychologists working with LGB persons due to what it describes as: “Psychologists’ relative lack of knowledge about LGB people and affirmative therapy; social stigma, the discrimination that LGB people face, and the significant mental health consequences that LGB people experience.”

In order to close the gap regarding psychological support for LGBT persons, CEL has also been providing free psychological sessions for the last two years. Fortesa Kadriu, is one of four psychologists working with LGBT community and co-author of the new manual. K2.0 caught up with her to discuss the state of mental health services available to the LGBT community in Kosovo, and the most effective psychological approaches for LGB clients. 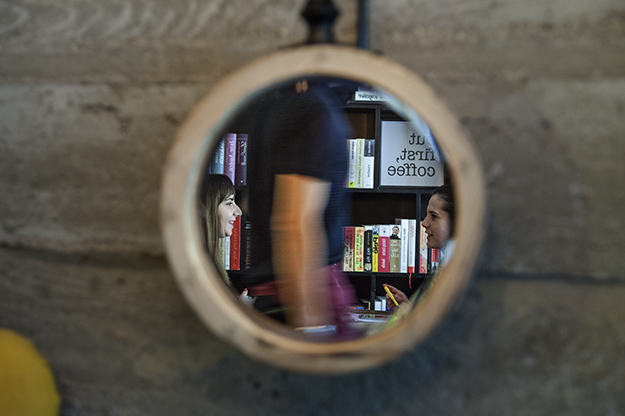 K2.0: To what extent do you think that psychologists in Kosovo can offer adequate services to LGBT persons?

Fortesta Kadriu: A study on transgender persons [and their access to healthcare] has highlighted that the experience of LGBT persons with psychologists isn’t very positive. The reason is that many [psychologists] have a lack of information on both basic terminology and the special needs of the community. Even more importantly, they don’t have right attitude.

There are personal statements from LGBT persons indicating that they don’t feel accepted, which is one of the main factors required for therapy to succeed. If you go to therapy for issues related to gender identity or sexual orientation because you don’t feel accepted for what you are, then the therapy won’t have a good effect if you do not feel accepted there either. Especially if you are being treated for anxiety, or depression.

Of course it cannot be generalized, but there is a an overwhelming section of mental health professionals that have that kind of approach.

What is the approach provided by you?

Psychotherapy aims to treat different psychological deviations, but also problems a person might have during their life which are not necessarily linked to disorders. For example, when it comes to LGBT persons, often the stage of developing a sexual identity can be very stressful. This is not a disorder, but the person needs support in order to understand themselves.

We offer different approaches depending on our capabilities and the client can chose how they want to be treated. 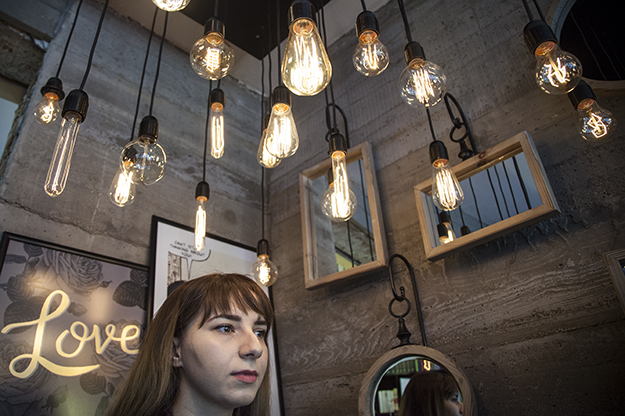 What are the main issues that make LGBT persons come to seek psychological assistance?

Coming to terms with one’s sexual and gender identity is often accompanied with a lot of stress, and the main reason for that is that they aren’t accepted by other people. They are stigmatized a lot, and many times this is the main reason they come for treatment.

If it was experienced as a normal variation of identity or gender, I think that many would face the whole thing without needing to have help. This is what happens in places or families where individuals are accepted.

Studies show that persons accepted by the family tend not to have to ask for help, while persons that aren’t accepted by the family tend to experience depression, self harm, eating disorders, drug abuse, and have a higher risk of suicide. Non acceptance and stigmatization in society endangers mental health. This is not just the case with the LGBT community, but also, for example, with refugees when they enter other countries.

Since you have been working for some time with the LGBT community, what is your perception on the level of non acceptance and stigmatization. Has there been progress?

My observation is that there is some small progress, and that [the stigma] is decreasing but I am not sure whether the effect is felt yet. My impression is that LGBT persons are a little more open; we see that with the [LGBTI] march growing bigger every year. I also see more people interested in sessions, and coming more openly to receive treatment.

There are some small signs that the topic is being discussed more openly, including higher visibility in the media. 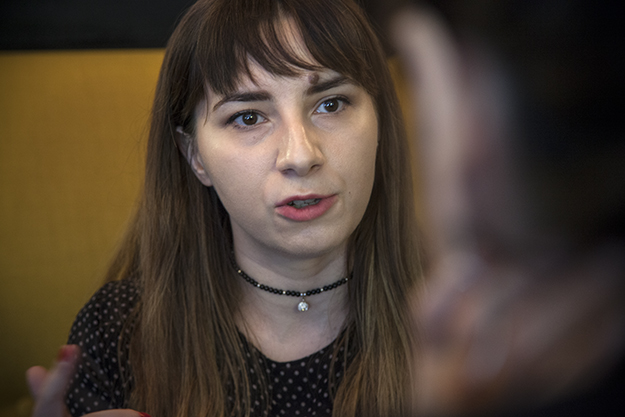 I want to highlight the findings of an important study; that coming out as a teenager at schools that are not accepting — and here most of them aren’t — increases the chance of suicide and mental health disorders.

We mention this in the manual, and I would recommend that it isn’t always for the best to urge somebody to come out, particularly at a very young age when you aren’t ready to deal with the consequences. Sometimes it might turn out to have a rather negative than positive effect. Coming out is associated with feelings of empowerment and liberation, but, on the other hand, one needs to be ready to face the consequences.

There is a high level of bullying in our schools, and particularly bullying of persons seen as having a different sexual orientation or gender identity. This is where the need is for psychologists to be capable of working with them, and I am not sure about these competencies.

In the manual for psychologists, you mention a heterosexual bias, labelling it something that can be a huge obstacle when treating LGBT persons?

If people who are in authority, for example a psychologist, start to judge a situation based on their values and beliefs, it can create problems during therapy because they might judge the situation of the client either as more positive or negative than it is. For instance, if they see a client that is gay and expresses symptoms of any particular irregularity, and they say: “It’s ok, he is gay. It’s normal to have those symptoms.” There is a chance that they minimize or maximize the pathology.

That’s why it is recommended to have an affirmative approach. It is not a type of therapy but rather a stance towards the client. It is similar to cultural competencies when working with a particular cultural group. You need to know the special needs of that group. An affirmative approach in psychology means that you need to have knowledge on the effect of discrimination and stigmatization on that person’s experience. You need to have knowledge on whether the person has internalized homophobia, which happens very often. You need to be very aware of your personal stance, because if you have particular beliefs that negatively impact the client, then you need to work with yourself. 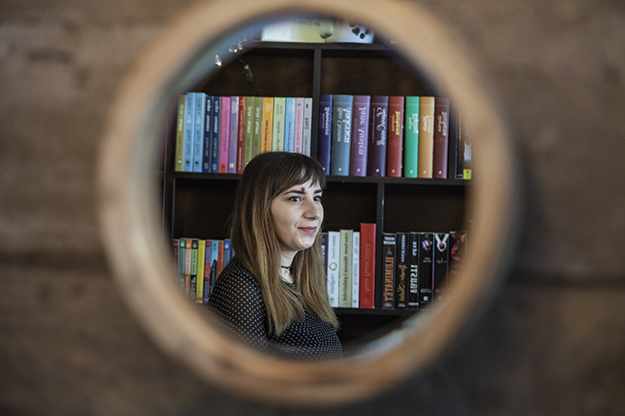 What were the main factors that have urged the organization to publish this manual?

There were two main factors: the lack of information that is reflected in almost every debate, which is often seen even among experts of mental health — personal conviction is often mixed with scientific research.

Psychology and medicine are sciences, and while personal conviction can be part of daily life, at an academic level you need to have scientific knowledge. It is being said that [being an LGBT person] is a disorder, without any scientific arguments to back it up.

But even when you give the necessary information, you need to have an accepting approach. This is the second element we wanted to address in the manual. Studies have shown that psychotherapy has a good effect, but when it comes to LGBT clients it has a positive effect only if the therapist has the right information about the special needs of the community, and has an accepting approach.

What are the main ethics that psychologists need to have?

One of the basic principles of the ethical code is ‘don’t do damage.’ This is important to note when you adopt a negative, or non-accepting stance. If you don’t accept [LGBT persons] the chances are that you will be more damaging to the person, because you will increase the feeling of internalized homophobia and you will damage rather than improve their mental health.

Another ethical principle is that you need to offer the right information to the client, in relation with the services they need to take: you tell them what kind of treatment is more effective for a particular case and the client chooses the kind of therapy he wants to take. In order to provide the best services you need to have lots of knowledge and you will need to read and see what is the approach that works better.

I am saying this because there are cases where LGBT persons come and request ‘conversion’ [psychological treatment to alter their sexuality], which is still used in many places as a form of therapy, but causes a lot of damage. When you encounter a case like this, one needs to give the right information on exactly how damaging that would be.K

The manual produced by CEL and co-authored by Kadriu is available to download here.

This article is made possible by the support of the American People through the United States Agency for International Development (USAID). The contents of this article are the sole responsibility of Kosovo Glocal and do not necessarily reflect the views of USAID or the United States Government. This article is a part of the project “Proactive Media for LGBT Rights” implemented by Kosovo Glocal, that is supported by Engagement for Equity Program, financed by the United States Agency for International Development- USAID and implemented by Advocacy Training Resource Center- ATRC.