Francis Fukuyama: It’s easy to return to old habits once inside the EU - Kosovo 2.0
One-on-one | EU

Francis Fukuyama: It’s easy to return to old habits once inside the EU

Political economist talks to K2.0 about outside powers in the Balkans, EU accession and the power of capitalism.

Back in 1989, American political economist and political scientist Francis Fukuyama declared “the end of history” in the book of the same title. Fukuyama boldly stated that the ideological battles between East and West were over, and that Western liberal democracy had won.

With the fall of the Berlin Wall and the breakup of the Soviet Union, it seemed that Fukuyama was right, so he soon became a star of political sciences. 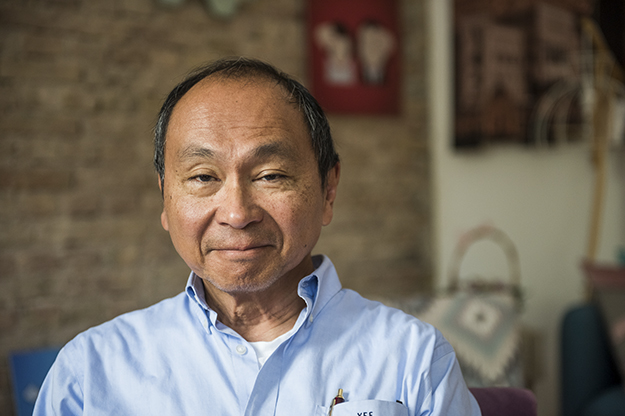 A former student of Allan Bloom, a close collaborator of Leo Strauss, Fukuyama was part of two Republican governments in the U.S., working under Ronald Reagan and George Bush Sr.. After working as a researcher for the conservative thinktank Rand Corporation, he began teaching his economic concepts at Stanford University as a tenured professor. Fukuyama took a step aside from neoconservative thought after the Iraq War, as he thought it an absolute mistake of American foreign policy.

Fukuyama’s work is both lauded and criticized. John Gray once called him the “court philosopher of global capitalism.” On the left, both Alan Badiou and Seumas Milne have ironically dedicated the titles of their books (“The Rebirth of History” and “The Revenge of History”) to Fukuyama’s most seminal work, while critically deconstructing it. 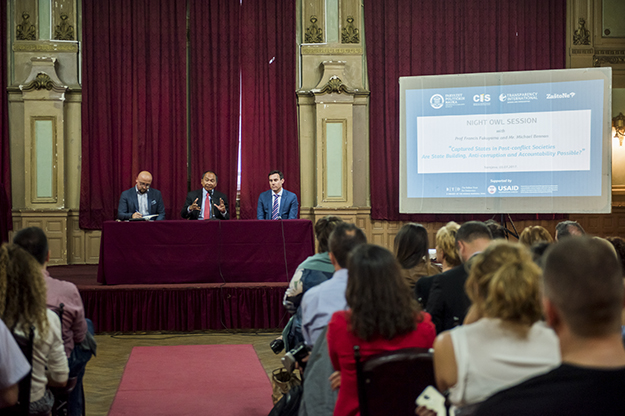 During his recent trip to Sarajevo, K2.0 spoke to Francis Fukuyama about whether we do in fact live in post-historical times, if there is a system other than capitalism, how to overcome the transitional maladies that we have been experiencing in the Balkans for decades, and what the region can expect from entering the European Union.

You are currently in Bosnia and Herzegovina, a country that’s going through the process of transition. It was a part of a socialist state in the ’90s, at about the same time when your book “The End of History” came out. That country, Yugoslavia, has gradually fallen apart, and this is one of the seven states that have come out of that breakup. What’s happening here is a very problematic period in our history that’s been ongoing for the past 25 years, and it seems like there’s no end to transition.

Yes, I think that this has been a region where nationalism and identity politics has been particularly virulent. And unfortunately, the kinds of political institutions that were created in order to stop the conflict in the 1990s have been locked in place of that kind of politics. And I think that’s why this region seems to be very much stuck.

The other problem is that outside powers have interests here, so it’s the EU, United States, Russia, all of which have been playing out their rivalries in this region. And that, I think, doesn’t help the area’s stability, either.

How do you get it unstuck?

Well… that’s not an easy question. I think that ultimately you don’t deal with these systemic issues of corruption, state capture, national identity without the elites in those societies taking control of the situation and shaping things. And I think one of the problems, especially in Bosnia, is that people don’t feel that they are in control of their destinies. Because of the importance of outside actors they feel like they’re acted upon but they don’t have the power to do anything. And I think until that attitude changes, it is going to be actually hard to create a modern state that’s not based on ethnicity or narrow nationalism.

You have the outside actors, and then you have what you refer to in “The End of History” as “gunslingers in their BMWs,” except those “gunslingers” aren’t the capitalists per se, or rather people who deal with the market, but politicians. Is this an unusual scenario for transitional societies?

It’s not an unusual situation, historically. I think that many regimes in history had been elites that basically had made a deal among themselves. They grab hold of power in a state and they use that power to extract resources for themselves.

"I think, the pressures of modernization is what’s led other countries to develop more genuinely democratic and inclusive institutions."

You get stability because they’ve got a pact where they share the resources, and then cut out the rest of the society. Historically, that kind of a regime has provided short-run stability, but it’s not ultimately legitimate because power is too much wrapped up in a small circle of elites. And so, I think, the pressures of modernization is what’s led other countries to develop more genuinely democratic and inclusive institutions. I think that the hope has always been that that process would unfold here as well.

What you currently have here — at least what many feel is true — is this turbo-capitalism that has entered all the economic spheres in the country. How do you progress from where we are right now to a more stable, so to speak, capitalist system, or rather — is capitalism really the solution for countries that are small economic players?

First of all, there is no choice. I mean, there’s no other economic system than capitalism. The question is whether it’s open or closed. I think that the kinds of systems that you have in the Balkans are state-dominated, where the state is the major employer; it’s not genuinely competitive, it’s not really seeking to integrate itself into a larger capitalist market. 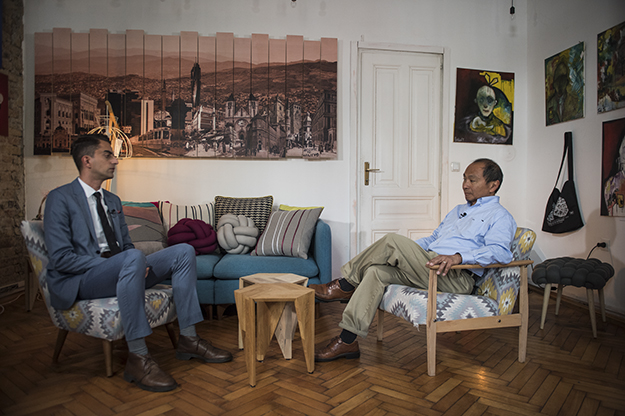 I think the promise of the European Union and membership in the European Union is that precisely these economies will open themselves up and face genuine competition, where they really have to modernize and where they can’t depend on the state for continued support. People cannot depend on the state for employment. And if that happens, then I think that capitalism actually becomes a help to democracy and to a more open, liberal order.

Well, but capitalism… I mean, if you have a genuinely competitive system, it forces a kind of meritocracy. If you’re just giving business to your cronies, that’s fine as long as you’re living in a closed market with no efficient companies competing against you. But the moment you actually have to genuinely compete on a level playing field, then it turns out you have to hire competent managers, you can’t just use nepotism as a… as a resource.

Do you think that there is a country that’s representative of that kind of capitalism right now in 2017?

Well, that’s what the European Union represents. The whole idea is that these are countries that exist on a level playing field with common rules about economic commerce. In fact, the core of the EU is competitive. There are things they do that restrict that competition, but the principle is an open market.

Bosnia is a country that’s trying to enter the EU, as you might know. We’ve been on this path for the past 20 years or so. Slowly but surely we’re getting there, I’d say, together with the other countries that are not currently members. What interests me is, from your point of view, what kind of an EU are we entering? Is it the same European Union that it was 20-25 years ago? How would entering the EU affect us if we were to enter it in the upcoming years?

Well, obviously the EU has been going through a crisis that started with the Greek debt crisis, and then the migrant crisis, and Brexit. I think that that period is probably over. That the EU hit a kind of nadir and is beginning to recover through the elections in the Netherlands and in France this past year, where I think the populists were pretty decisively defeated and that threat was pushed back. 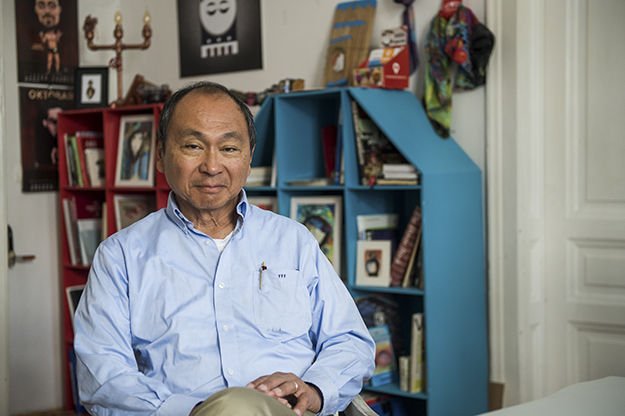 And even in Britain it appears that the voters are having second thoughts about whether they actually really want to leave the EU. It’s not clear that there’s a consensus that they want to get out of the European Union. So I think that with a certain amount of leadership from France and Germany the EU can return to being an ongoing project. They’ve got to fix some big problems, they’ve got to decide whether they want to go forward or actually to pull back, because right now they’re in this kind of uncomfortable middle position. But I do think that it’s going to remain a symbol of modern government in many ways. That government exists not to enrich the people running the government, but really to serve a broader public interest.

You have already mentioned the Greek crisis. Some of the countries who are also members, and who were also a part of the Eastern Bloc, have also had problems adjusting to the demands of the European market. Do small countries really have a chance when faced with these big economies such as Germany or France?

In economic terms, there will always be a competitive niche for the smallest country. The problem, I think, is more the institutions. I think that the accession process, by which the EU says, okay, you can get in only if you meet the following criteria, is actually quite helpful as an incentive for institutional reform. The problem in the EU is that, once you get in, there’s no disciplining mechanisms. So that you can start to slide backwards in terms of corruption, or weak rule of law.

"The internal politics of the leading countries aren’t paying attention, or they really don’t have the political energy to discipline the members that aren’t playing by the rules."

The EU can’t really do very much about it. In fact, the internal politics of the oftentimes means that the leading countries aren’t paying attention, or they really don’t have the political energy to discipline the members that aren’t playing by the rules. Greece was really the first case of this. But, I think that some of the other newer members have had similar kinds of problems.

True. That’s because of the positive goal and the incentive to fix policies. But, once you’re in, you can kind of relax and go back to your old bad habits.

It’s 2017, it’s been almost 20 years since you declared “the end of history,” so to speak. Has history really ended? Do we live in post-historical times, or has history come back to haunt us?

Well, first of all, the concept of “the end of history” was the Marxist idea that history was progressive and that there’s a succession of different types of society, from agrarian to feudal to industrial, and Marxists said that at the end of that process lay communism. My argument back in 1989 was that we weren’t going to get there. That the end of history looked more like what the Maxists call “bourgeois democracy.” And I think that’s still true. I think that’s still the highest form of social organization there is.

But, I think maintaining a modern liberal democracy is actually quite a difficult thing. And we’ve had backsliding over the past 10 years with authoritarian countries, and especially now with populist, nationalist regimes that had a part of the formula: They’re democratic, or they seek democratic legitimacy through elections, but they’re not liberal, they don’t maintain a rule of law. They don’t maintain checks and balances in the system. I think that’s the threat that we’re under right now.K