It would take around 40,000 days worth of external expertise and approximately 20 million euros for the government to fully handle the problems that have accumulated over the years in a number of ministries, largely due to a lack of in-house professional capacities. This is the conclusion of a preliminary needs-assessment that the Prime Minister’s Office had Kosovo’s 14 ministries carry out last year.

This look into the deep-rooted problems facing Kosovo’s public administration became the first step in establishing the Excellence Fund — a mechanism that the government hopes will assist ministerial staff in implementing public policies and resolving persistent problems by recruiting external, local and international experts and consultants.

“We wanted first to check the pulse,” said Luan Dalipi, chief of staff to the Prime Minister and one of the key promoters of the Excellence Fund, referencing the preliminary mapping. “The ministries have identified enduring problems within their sectors, a lack of professional capacities, the profiles of the needed experts and the approximate duration and seniority of the [needed] expertise.” According to Dalipi, more than 40% of all the requests for expertise came from the Ministry of Environment, Spatial Planning and Infrastructure.

The establishment of an Excellence Fund is part of long-running attempts to reform the state public administration, which civil society organizations have described as highly bureaucratic, politicized, lacking competent staff and which mostly provides undigitized services. Since 2008 there have been three separate pushes for public administration reforms but the situation remains largely the same.

Earlier this year, Prime Minister Albin Kurti stated at a conference that solving inherited problems in the public administration “requires a transformative approach,” adding that the adoption of the Law on Public Officials and Law on Salaries is crucial to the reform.

Dalipi, who prior to his work in the Prime Minister’s Office was part of the consultancy world for nearly two decades, said that it’s important for the public administration “to know [their] professional limits and say, ‘Beyond this I don’t have capacities, I need external expertise.'”

A similar previous program devolved into nepotism and self-dealing.

According to Agron Demi, a policy analyst at the policy research think tank GAP Institute, “Working in the public service has not been attractive or rewarding for experts since the beginning of the state administration. Initially because of low wages, but also because of political pressures and a lack of coherent policies.”

Previous attempts to enable the government to bring in outside experts and consultants to assist the public administration on complex and technical tasks devolved into nepotism and self-dealing. Established in 2009, the Cadre Fund — initially introduced as the Brain Fund — was one such program.

According to a 2015 analysis by GAP, throughout the seven years of its operation, the Cadre Fund strayed from its primary goal, turning into a scheme of supplementary financial support for managerial posts. A significant proportion of recipients were directors or deputy directors of ministerial departments rather than outside experts filling expert roles that couldn’t be filled otherwise. In 2014, a year before the Cadre Fund was suspended, 122 out of 222 of its beneficiaries had only an undergraduate education, while 94 held a master’s and only six had PhDs, which raised questions about whether the Cadre Fund was being used to bring competent and highly educated staff into the public administration.

“When it operated according to legal criteria, the Cadre Fund was crucial for a number of professionals appointed in key administration departments, to have incentives to continue working in the public sector,” said Demi. “But there was no unified, fair evaluation system of beneficiaries, and soon managers of the departments pushed their own names or individuals affiliated with political parties onto the beneficiary list.”

With the Excellence Fund on the way, GAP has warned that the government should draw on the lessons from past experiences.

The Cadre Fund was opposed by the Independent Union of Kosovo’s Administration, which argued that there was no transparency regarding beneficiary lists.

Now with the Excellence Fund on the way, GAP has warned that the government should draw on the lessons from past experiences.

A May 2022 report from GAP looks into the similarities and the differences between the Cadre Fund and the idea for the Excellence Fund. It highlights that while the approaches of the two initiatives may differ — the Excellence Fund is for professionals on short-term consultancies while the Cadre Fund hired them as full civil servants — both aim at addressing the lack of expertise in different sectors of the public administration.

However, the report suggests that a short-term consultancy program might not directly contribute to the public administration reform. Demi explained, “This can be a band-aid solution, but in the long-term there needs to be a deep reform — job rationalization, well-defined responsibilities, accountability and higher salaries for deficit positions.”

The report also warns that given the similarities between the Cadre Fund and the Excellence Fund, the new program may fall prey to misuse for personal or political interests, and it calls for the government to “take measures to prevent potential mismanagement.” 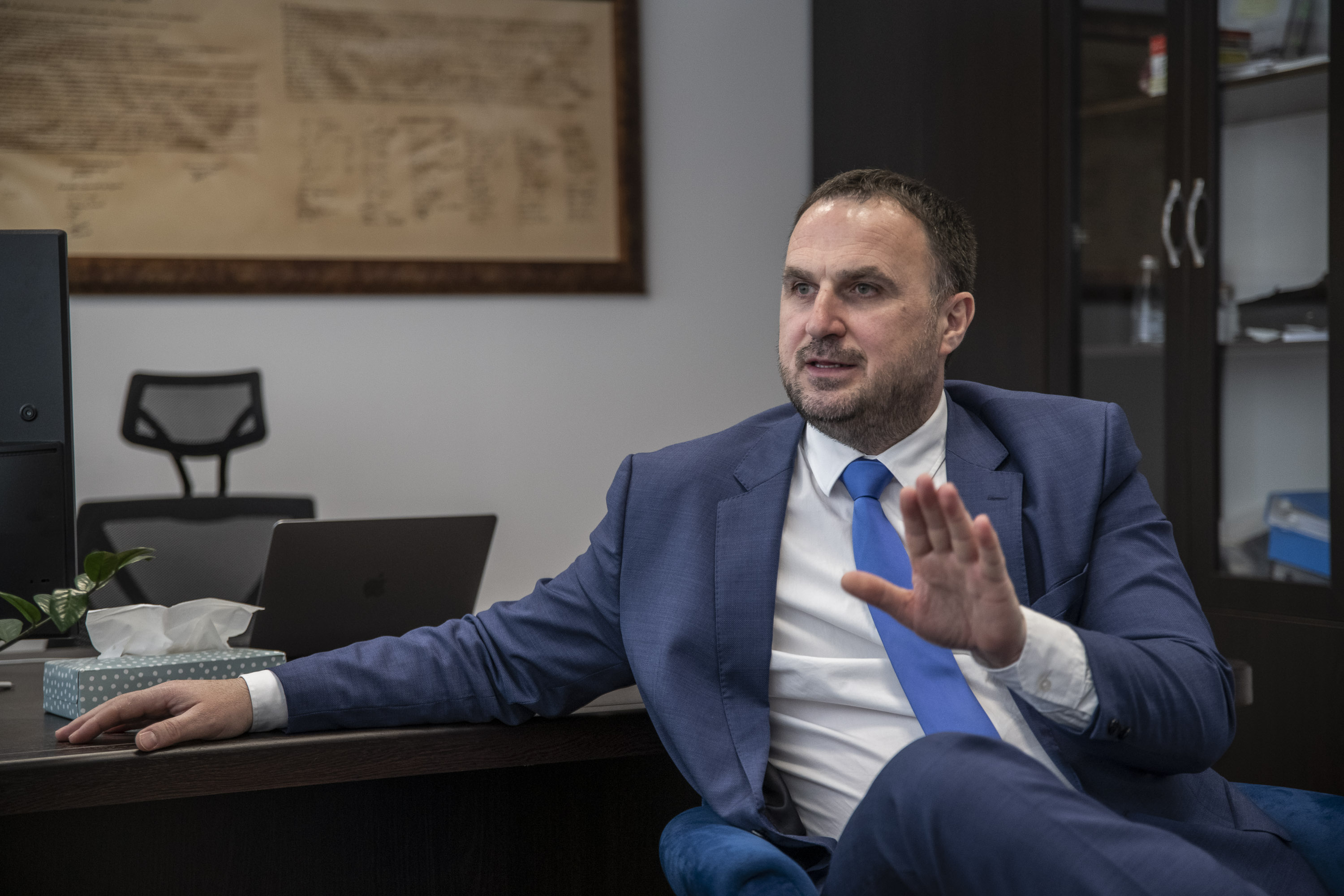 Luan Dalipi, the chief of staff to the Prime Minister, is optimistic that the Excellence Fund can help the public administration resolve stubborn problems facing the government. Photo: Ferdi Limani.

Dalipi thinks the prospect of mismanagement is unlikely if there is a system in place that can monitor and evaluate clear measurable indicators. “When there is a system, the role of the individual fades,” he said, noting the Kurti government’s stated goal of fighting corruption. “It all begins with good political will.”

The Excellence Fund will be administered by a centralized Expertise Unit within the Coordination Secretariat of the Government, in the Prime Minister’s Office, which, Dalipi said, “has a bird’s eye view of the needs of the government and we can prioritize requests that we get.”

The government formally took the decision to establish the Expertise Unit in January 2022 and it is still in the process of setting it up. According to Dalipi, two alumni of the Young Cell Scheme, an EU-supported scholarship program that aimed to build professional capacities of Kosovo’s civil service, have been tasked with developing detailed operational guidelines in cooperation with the Legal Office.

“The ministries will fill the forms and there will be a mechanism which will assess whether the request for expertise is valid or not, whether the ministry is requesting something that it should already have the capacities for,” Dalipi said. “We’re not interested in hiring expertise for positions that already exist in the ministries. So, there will be a due diligence scrutiny.”

The establishment of the Excellence Fund is expected to be finalized within the year. Around 1 million euros are planned to be allocated to the fund initially.

“The expertise is costly, but the opportunity cost of unresolved problems and inadequate expertise would be way higher,” said Dalipi. “It’s all about the cost-benefit analysis.”

A quarter of the fund’s budget will be covered by the state, while the government hopes to get support from development agencies and embassies for the remaining portion. In October 2021, the government held a meeting with potential donors where they requested either technical assistance or partial financial assistance. “Until now, we have only promises, but there are indications that we will get donor support,” said Dalipi, not ruling out the possibility of diaspora contributions.

But will the Excellence Fund be able to break deadlocks in the public administration? Agron Demi maintains a degree of skepticism. “There is a risk that many experts will write reports with recommendations which,” he said, “will remain waiting to be implemented by civil servants.”

Why do I see this disclaimer?