UFOs observing crucifixions? Fairy milk for superhuman strength? What Kosovo’s myths lack in believability, they make up for in quirkiness.

Despite his purported grave’s namesake, the Big Grave of the German, Enea Silvio Piccolomini came from Sienna. But the Italian nobleman did command a legion of troops as a general in the Habsburg Army. Piccolomini and his soldiers are said to have repelled the Ottoman army during a battle in Zgatar, a village near Opoja. Piccolomini wasn’t so lucky. He succumbed to the plague, which had swept the region. His grave was said to be marked by stones taken from throughout Kosovo. And now people in the area visit it and light candles and toss coins around it, under the belief that the grave heals sick and helps during troubled times. Not to be outdone, Piccolomini’s successor, Herceg from Hostanje, also earned himself a shrine in Gjakova. As the story goes, Herceg and his forces broke into the Haxhibejta home and faced resistance from the sisters. They were killed, and now their graves in the family garden are visited by people looking to cure sicknesses, conceive children and address worries. 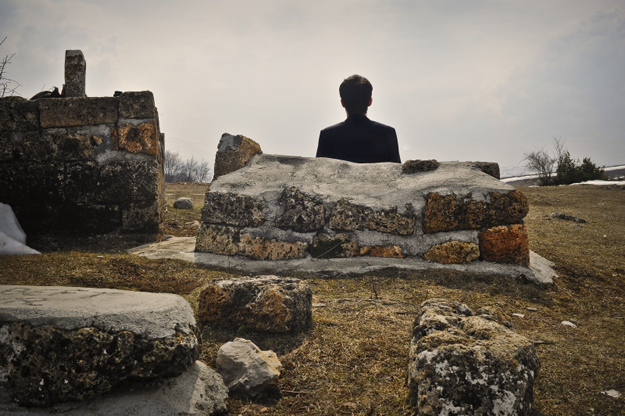 Muji and Halili were highlanders in the village of Marine in Drenica. The pair were believed to have gained supernatural powers after drinking the milk of a fairy. Invigorated by the magical lactation, they challenged each other’s strength and threw three heavy rocks 3 kilometers. For years, the legend of Muji and Halili existed in imaginations, until the rocks’ discovery. Anyone who tries to move them risks misfortune or bad luck. The legend has become a part of the school curricula in villages. 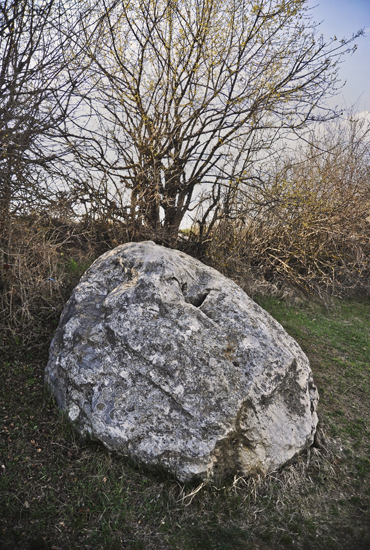 3.A battle steeped in legend

Before the Battle of Kosovo in 1389, Prince Lazar is said to have cursed all Serbs who refused to fight the Ottomans. The curse is inscribed on the Gazimestan monument, which was erected in Fushe Kosove/Kosovo Polje in 1953 to commemorate the battle. No matter how the battle is interpreted, it didn’t end well for the leaders of both the Ottoman and Serbian armies. Both Sultan Murad I and Prince Lazar, along with most of their respective forces, died in the 1389 battle just a few kilometers outside present-day Prishtina. Many believe that a Serbian nobleman named Milos Obilic used a bit of trickery to get behind enemy lines and stab the sultan to death while other accounts say a solider got past 12 of his enemy counterparts before felling Murat with an arrow. Another story describes an “irreligious person” who begged to kiss the sultan’s hand and then stabbed him. Whatever the case, some of Murad’s remains are entombed in Obilic/Obiliq, a town named after the sultan’s purported killer. The tomb is said to be surrounded by the graves of people who’ve protected it for decades. 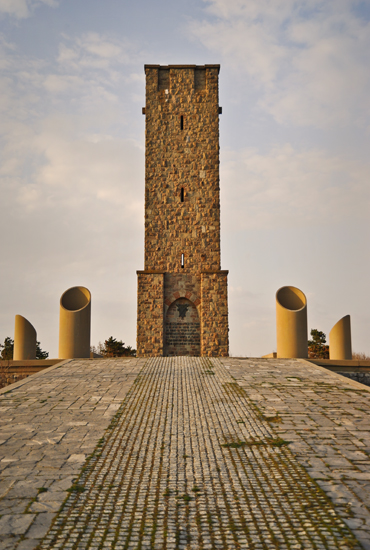 4.Caving in to manhood

The Zatriq cave, overlooking the Field of Dukagjini in western Kosovo, contains engravings believed to be an early system of writing. Two Italian researchers studied the engravings and believe that the lines forming rectangles and squares indicated how residents planned and structured their communities. The cave also holds significance for boys hoping to get a leg up on their maturity. According to the legend, a boy who crosses from one side of the cave to the other becomes a man. 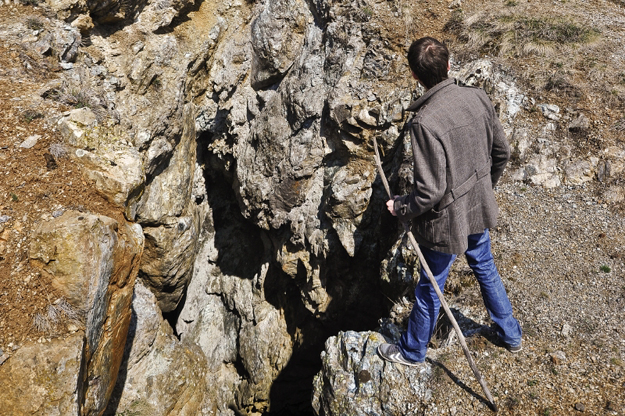 The mausoleum of the Gjylfatynit mosque in Peja is another holy site that draws followers from multiple faiths. It’s believed that lighting candles and tossing money can solve health, financial, marital and other problems. 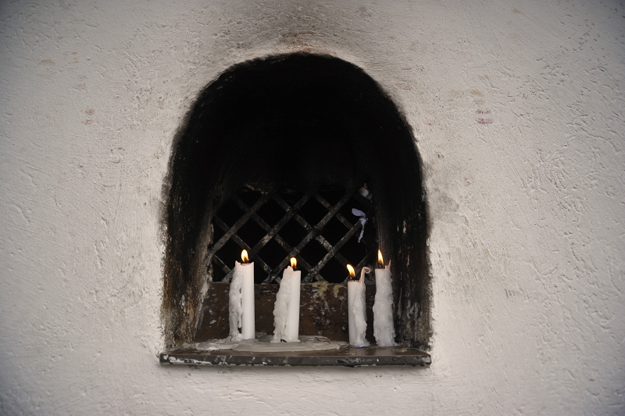 6.An Orthodox saint for many faiths

Although it’s an Orthodox Christian site, the monument of St. Parascheva of the Balkans in Peja draws people of different faiths who light candles, looking to be healed or to have financial or marital troubles solved. Parascheva was born in the 11th century near Constantinople and claimed to have heard the voice of God at age 10. She left her family and gave up all her possessions in favor of a spartan, religious life. She settled in the Middle East, but a vision from an angel sent her back to Constantinople, where she died when she was 27. 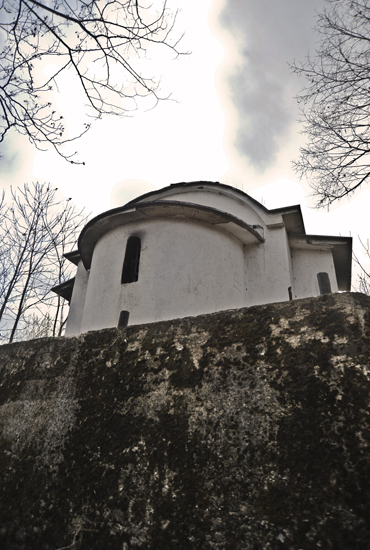 7.Close encounters of the fresco kind

The Visoki Decani monastery is a treasured piece of Kosovo’s cultural heritage and it’s one of Serbian Orthodoxy’s holiest sites. It also holds significance for believers of all things extraterrestrial. The 14th-century crucifixion fresco inside is considered by some to depict UFOs.

The sun and moon on each side of the cross are a regular feature of Medieval crucifixion paintings and appear in many other Byzantine-Orthodox sacred artworks. However, they’ve also been interpreted as spaceships. One reading of the fresco suggested that people around the “spaceships” are watching as spectators, protecting their faces with their hands. 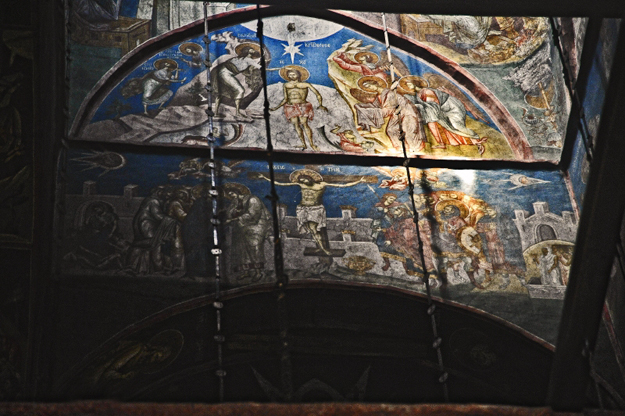 8.Tiles for a lonely heart

People on the hunt for a spouse sometimes might try their luck at the mausoleum at Novo Brdo. While the dead holy man inside might not be of any help, the roof tiles are another story. A person who turns one over is said to put themselves on the fast track to marriage. 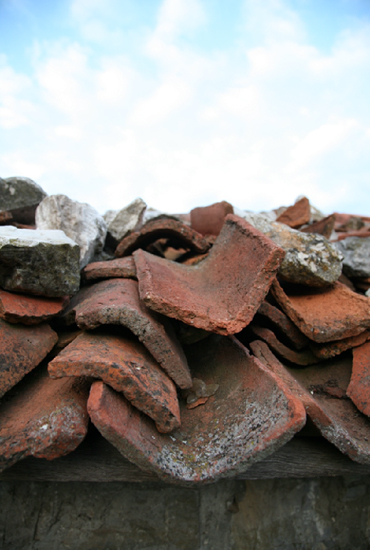