How an Albanian wedding tune became the Serbian song of the summer.

Serbian pop-folk singer Tea Tairović’s career exploded in May 2021 when she released her smash hit “Hajde.” The song has racked up 75 million plays on YouTube and some fans love the exotic beat, driving bass line and synthesizer interludes so much that, according to Serbian tabloids, she sang the song 47 times back to back at a wedding party in Berlin and earned 14,000 euros in tips. Though she later clarified that she did not literally sing the song 47 times, she said she did indeed sing it many times because “at private events, I sing what they ask for.”

The song is a banger. Propelled onward in an endless loop by its irresistible rhythm, it brings down the house at weddings or the club. It was the clear song of the summer in Serbia in 2021 and a hit across the Balkans, fitting given that it starts with the line “Let’s light up the Balkans tonight” (“Nek noćas gori Balkan”) and has as its title what is perhaps the most quintessential Balkan word there is — hajde, let’s go, let’s do it, come on!

When asked about the song’s success, Tairović said, “A hit is not cabbage. It’s not furniture that you can just make. It’s very subjective.” Pop hits, she seems to be saying, are always unpredictable. It’s difficult to know what’s going to do well, let alone what will succeed across borders.

But part of the song’s success surely comes from its proud Balkanness, a Balkanness that Tairović recognized in her song’s source material — the Albanian wedding song “Hajde luj qyqek” — and then amplified.

The story of how an Albanian wedding song became a Serbian pop-folk mega-hit is both more complex and more mundane than you might think. And tracing the path this song took illuminates the reality of cultural transmission in the Balkan pop music scene today and can reorient preconceived notions about where cultural boundaries do and don’t exist.

‘And now, Tea sings for everyone!’

While Tairović’s “Hajde” was the 2021 song of the summer in Serbia, Yllka Kuqi and Yll Demaj’s rendition of “Hajde luj qyqek,” recorded in 2017, has been described as the “hit song of the quarantine” in Kosovo. Much like how reggaeton beats carry you from one song to the next, forcing you to keep dancing, you could listen to “Hajde luj qyqek” followed immediately by “Hajde” and hardly notice the transition. Though the only lyric the two versions share is the word hajde, the main sentiment of Tairović’s song is the same as the Albanian one: let’s go crazy, let’s be wild, let’s have a good time. However, the songs’ similarities bely a circuitous route of cultural transmission.

Kuqi and Demaj’s rendition itself appears to be a cover of Kastriot Grajqevci and Koza Nostra’s 2003 song “Hajde lujm qyqek.” Though the song takes inspiration from the wedding scene, it’s an etno rock mashup with piercing electric guitars, power chords and an unmistakable, slow qyqek beat played on a drum kit. 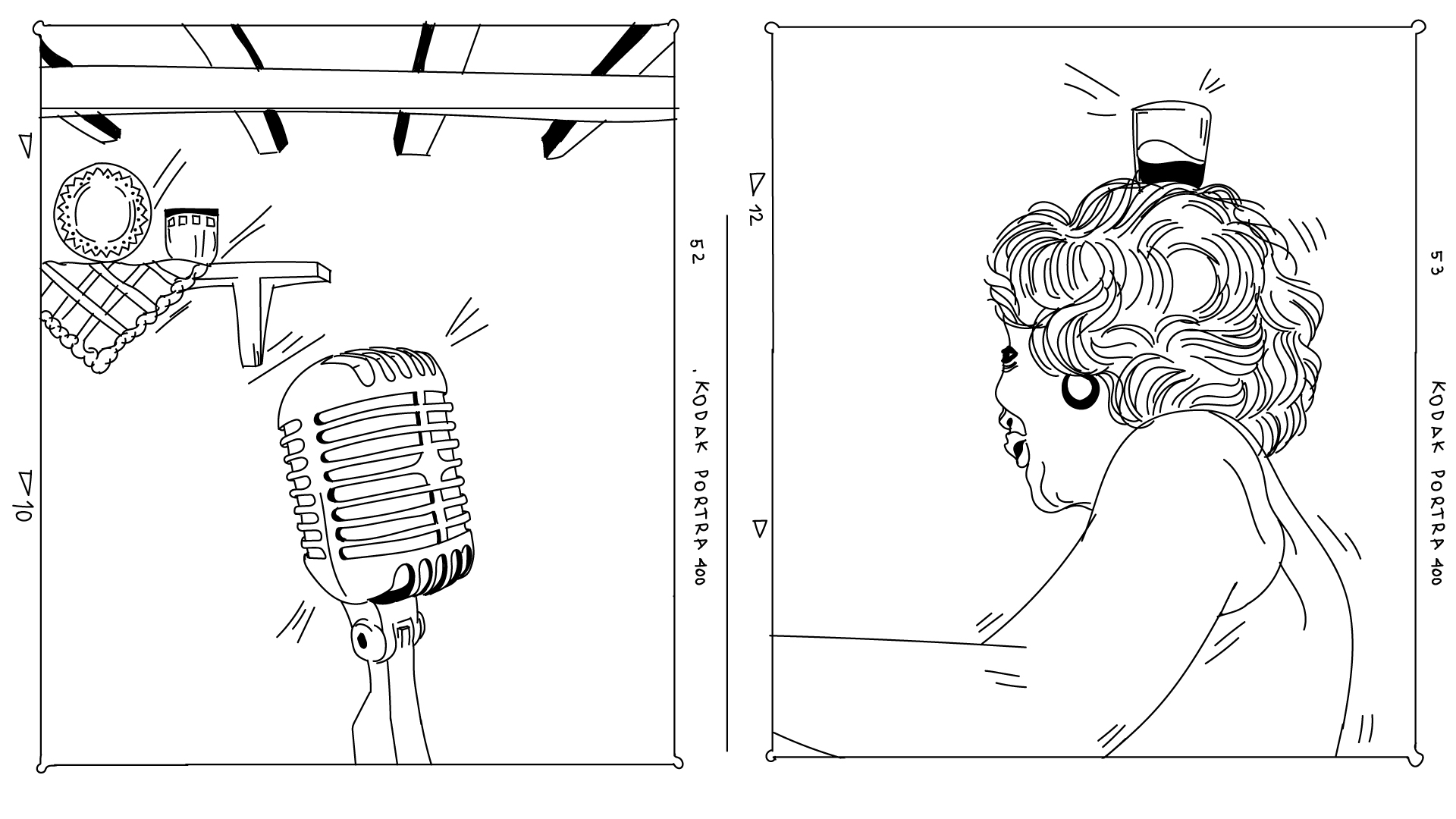 The song popped up again in 2012, when PRO Band recorded the song, removing most of the rock elements. Instead they added in interludes on traditional stringed instruments to give it some orientalized flair. The music video complements this — women belly dancing and serving tea to costumed men in an Ottoman-style house.

Then in 2014, Remzie and Nexhat Osmani wove a version of the song (with some differences in the lyrics and melody) into a potpourri performed on Prominent Network. They have since recorded a version of this as a standalone song.

In 2017, Kosovar singers Kuqi and Demaj released the version that would go viral during the early days of the pandemic in 2020, replete with heavy synthesizers and traditional drums tapping out a quick rhythm. This was the version that inspired covers in other countries. Versions came out in at least three other languages, including in Bulgarian and Romanian.

‘Pull out the cash, money money’

Finally, in 2021, Tairović came out with her song. It was in Bulgaria, where she performs often, that she first heard a version of what would become “Hajde”:

Because it was the Bulgarian version of the song, I couldn’t remember the words to find it. […] Six months later my colleague said, “I heard a great song, it’s perfect for you. I hear you on that song.” I said, “Which one?” He said, “I can’t remember what it’s called.” And then there came a third person who said, “This is that song.” And then I said, “That’s that song I’ve been looking for!”

Though it was through the Bulgarian cover that Tairović first discovered the song, it was the 2017 Albanian version that she used as the basis for “Hajde.” This is widely known in Serbia; Tairović acknowledges it prominently on the YouTube video of her song with a pinned comment that reads:

Thank you for loving my song “Hajde.” My heart is full! Huge respect for the original version “Hajde luj qyqek” & to the author, who gave me exclusive rights to remake this song in Serbian. Cheers to Balkan united 💪❤️

Such statements are helpful given the prevalence of the accusations of cultural theft and appropriation that are ubiquitous in YouTube comments sections, as the Twitter account Cursed Balkan YouTube Comments often showcases. Not only is Tairović’s song not a case of cultural appropriation (in the negative sense) it also isn’t a case of copyright infringement.

Nevertheless, when interviewing Tairović, Serbian reporters never fail to comment on the fact that the song has Albanian authors. But Tairović, a true professional, has always confirmed the fact with no nonsense. Once a reporter provocatively asked her why she thought the Serbian version had more views than the Albanian one (presumably referring to Kuqi and Demaj’s 2017 rendition which has 45 million views on YouTube). Tairović replied that the Serbian market is simply bigger.

But there’s no denying that her song was extraordinarily successful, despite mainstream Serbian media narratives that might indicate an Albanian song could never do well on the Serbian market.

In fact, for the average listener in Serbia, there was nothing shocking about the song’s success or its origins. The widespread sharing of melodies with texts in different languages is a well-known phenomenon in the Balkans and the surrounding region. The 2003 film “Whose Is This Song?” shows how this process occurred with an Ottoman military march that practically every national culture in the Balkans reimagined into their own languages. But this isn’t just a historical process — there’s an entire Facebook page dedicated to tracking songs as they get covered and reimagined in new languages across borders in today’s pop music scene.

There is historical evidence and theoretical explanations for this type of cultural transmission, but anyone with ears can understand it: a good song is a good song, and performers want to play good songs and audiences want to listen to them. Tairović is celebrating the original version by bringing it to her audience, celebrating the shared sounds of “Balkan united” — and it paid off. 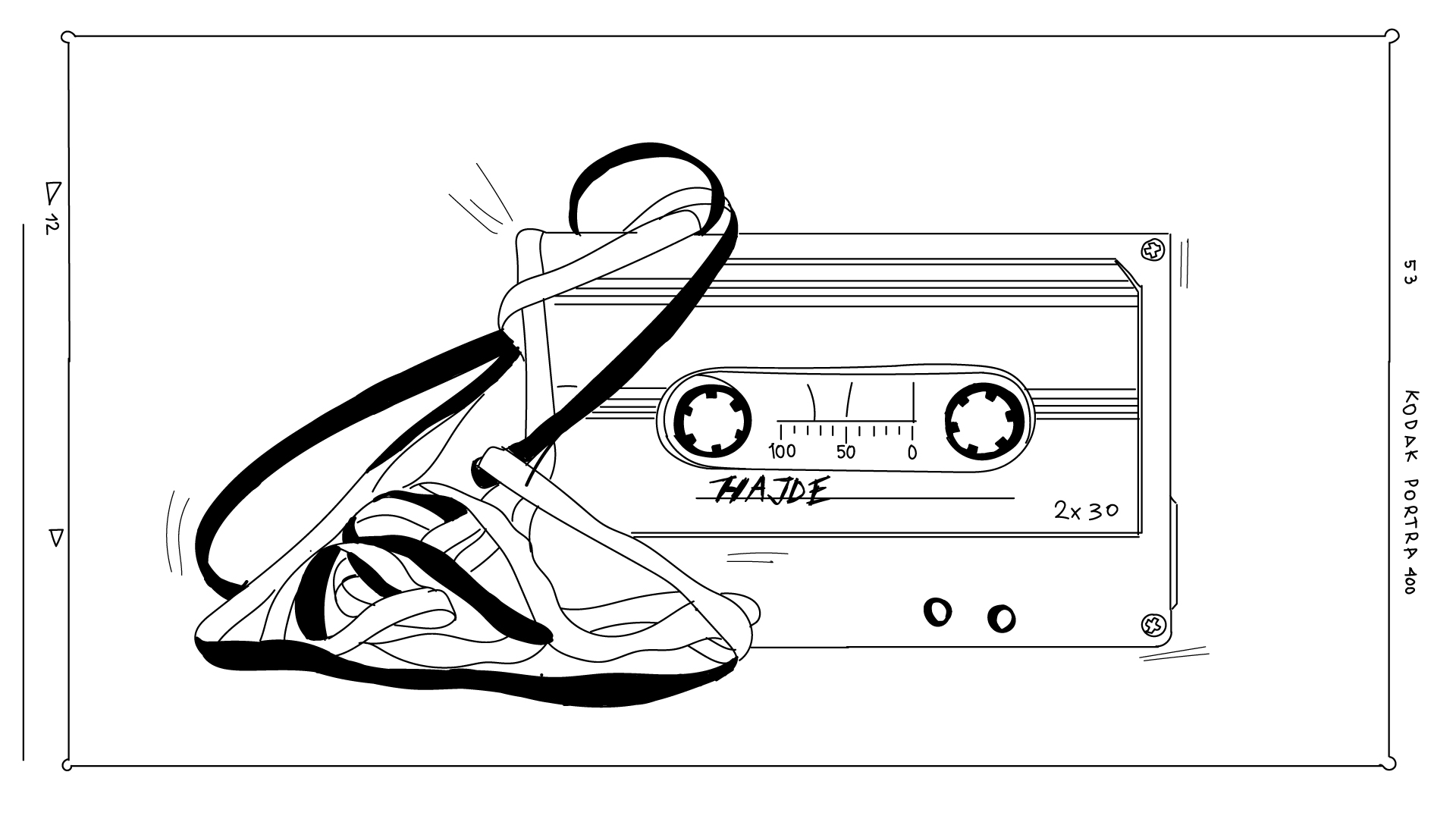 While “Hajde” maintains the arrangement and production of Kuqi and Demaj’s “Hajde luj qyqek,” it adds one significant musical element: a man shouting in Romanian between the verses.

Tairović said the idea for this came from her own Romanian heritage. “In the original version, there’s an empty part between the verses. You just hear some rhythm, and we wanted to fill that a little. Now, how to do it? So that it was somehow a little exotic… we brought in Romanian. It really spices it up,” she said.

What Tairović and her team managed to do with this song was to connect listeners across the region to a trans-Balkan culture that exists in the shared sounds of celebration while heightening the exoticness of that culture at the same time: a sure recipe for a mass market hit. The song was so successful that Tairović used the soundscape of “Hajde” as the concept for her new album, the recently released Balkanija.

The recording history of the song can be traced on the internet, but that doesn’t answer the question of where the song really comes from.

“Hajde” has its musical roots in the Balkan musical style qyqek. If you’re not sure what that is, well, neither did TV hosts on Top Channel Albania when they interviewed Demaj in April 2020. As Demaj explained the popularity of his and Kuqi’s song, he also had to explain what qyqek is: a style of music and popular dance in Kosovo that isn’t as well known in Albania.

Qyqek is a word that has almost as much pan-Balkan reach as hajde. Qyqek in Albanian, čoček in Serbian and Macedonian, kyuchek in Romanian. The music and dance is usually associated with the Ottoman past and the Roma musicians who played it then — and whose ancestors continue to play it today. The style, with a drumbeat that makes your feet start moving, is particularly popular at weddings and large group celebrations. It is played all over the Balkans (though apparently rarely in Albania) and has different regional variations.

Tairović herself is the daughter of the well-known Roma artist-activist Zoran Tairović (though the Serbian press downplays this fact), but it is unclear to what degree this is part of Tea’s self-identification. Nevertheless, it’s fascinating that a traditionally Roma Balkan musical style was appropriated into a mainstream Albanian wedding song before being appropriated again into a Serbian party song sung by a woman of Roma descent.

While appropriation is today seen as pejorative, it can have neutral or positive connotations as well. Qyqek, or čoček, or kyuchek spread and developed and changed under conditions of open cultural exchange between different groups of people in different geographies. Today, the situation is similar: you just have to buy the copyrights.

Tairović did, presumably from Grajqevci. Though her song relies most heavily on the 2017 rendition of “Hajde luj qyqek” and she cites that title on YouTube, Grajqevci claims the copyright for his 2003 song and has been waging a battle against the covers which he says are unauthorized.

In May 2021, he told Gazeta Metro that he was planning to sue the artists who had not purchased the copyright, and in March 2022 he reiterated that this process was underway.  (Notably, he named countries where artists had produced unauthorized copies of his song, but Serbia was not one of them, which suggests that Tairović did indeed purchase the copyright from him.) It’s not clear how Grajqevci’s cases will go — whether he has any legal basis or if the countries where he’s suing have functioning mechanisms to protect author’s rights.

But the song is out there, and in Serbia they aren’t just listening to “Hajde,” but also to “Hajde luj qyqek.” When early-career Serbian crooner Boris Subotić failed to qualify for Serbia’s Eurovision finals this year, he posted an Instagram story of him in a car partying to “Hajde luj qyqek.” For example. The song, in both languages, is getting what it’s owed.

The story of “Hajde” has no straightforward moral; it’s not a sign of some kind of blissful unity between peoples and it’s not a lesson about copyright. But it does show that the region is as musically connected as it has always been, and that this connectedness is experienced through shared sounds. Though Tea Tairović is certainly right about hits — they’re not cabbage — she does seem to understand that tapping in to these shared sounds, ones that resonate sonically and emotionally, might light up something in us all.