Letter from the village - Kosovo 2.0
Blogbox

Letter from the village

Living in a village means being happy with little.

Today, just like 10 springs ago when I was just a kid, being a villager is not easy. The day begins early, especially during summer, when there’s heavy work waiting in the fields. And it never ends, it’s just that another day begins. Sleeping becomes a luxury.

Being a villager means waiting for dawn to water the plants with whatever water you can spare, because there is never enough, not even to drink. It’s to wake up with the rooster crowing and the noise of the hoe in the fields below your window. To sweat in those fields, with the same hoe, for half a year, just so the hail and wild animals can destroy all of it like it was never there and wrap it all up with the thought that “at least I’m healthy.”

Being a villager is offering fli and cheese to the risotto-eating elite of the big city when they come along to breathe fresh air on the weekend, even though neither you nor I, my beloved villagers, will ever grow in their eyes. They will still call us the worst epithets they can think of.

Being a villager means being treated like a fool by your state leaders. They will appear in your backyard with a fake grin and ask for your vote by the sewers that they promised to fix four years ago. That just happened yesterday and today on the eve of local elections. It will happen again in four years.

Meanwhile, every passing day there are more houses, but fewer people. I am still here, in Lendina, accompanied by my fellow villagers who continue to close their eyes, ears and mouth and live. If this is called a living. 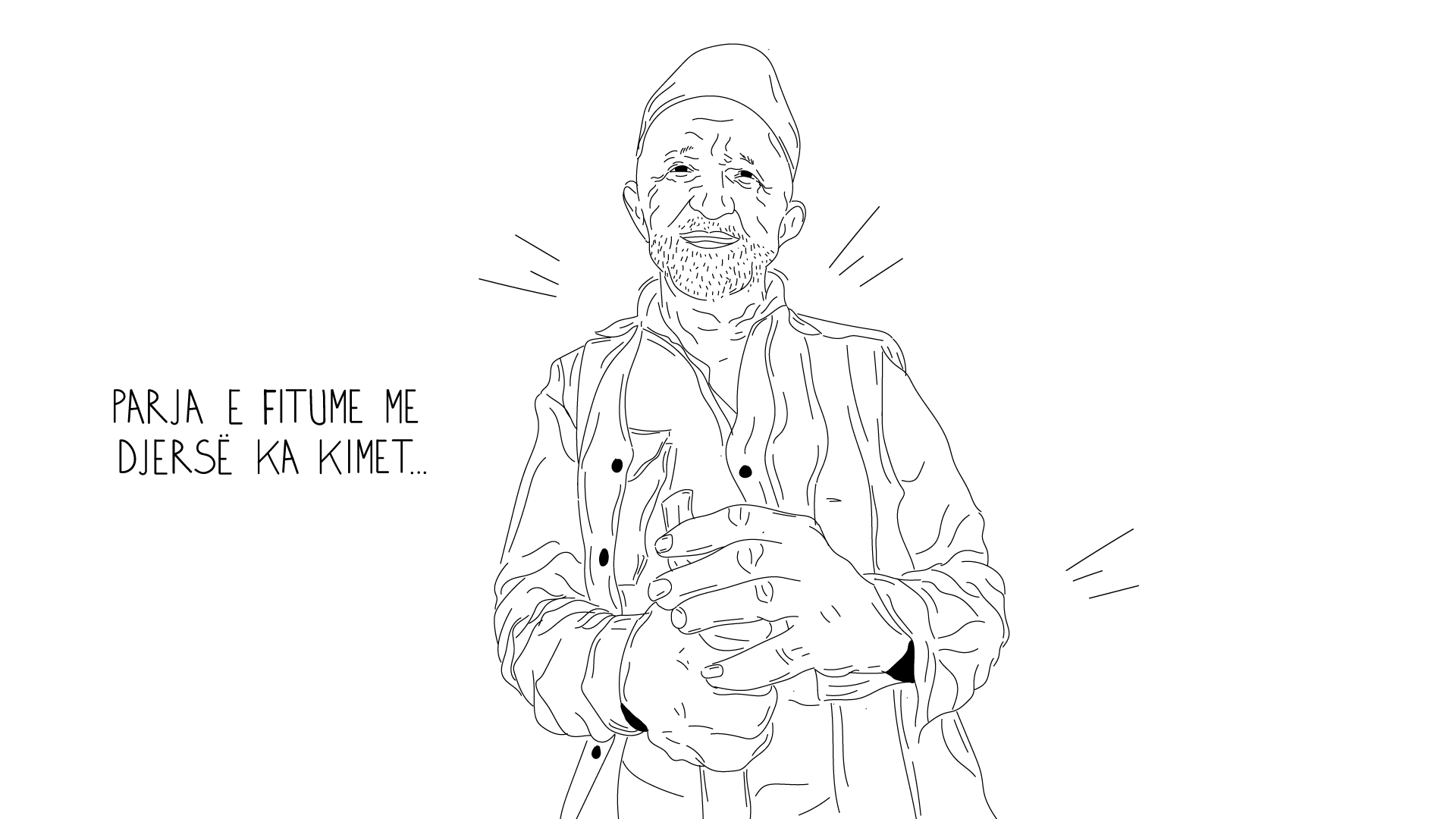 “My girl, money earned with blood, sweat and tears is important,” my father used to tell me. I mostly remember — with only 12 years behind me — his legs, covered in porridge-like mud, his hands shaking from the cold. In those moments I felt like I was 5 years older. Even though we were just kids, we wanted to help, to show that we were in this together, a thank you for everything they did for us. We gathered whatever could be sold — mushrooms, rose hips, iron — everything. We learned the ABC’s of the trade at home at the same time they taught us to add numbers at school.

We hid from our mothers and combed the meadows around the village armed with bags in our hands, until no scrap of iron was left on the ground. If the process of filling the bags with iron lasted for days, we needed as many to convince some relatives to take us to sell it — they sympathized with us. The few coins we earned hardly filled our small hands, but it didn’t matter. Living in a village means being happy with little.

We made most of our money in the last days of summer — the time when rose hips ripen. You may imagine that time looking through the window, cup of tea in hand and no snow in sight. For me, the first image that crosses my mind is small hands, scratched and blooded by the thorns.

The only tea that we tasted was mountain tea, whatever rose hips we gathered, and it was a lot, was for sale. Carrying on our shoulders white sacks of flour  — which I swear were larger than us — we hit the paths early in the morning, when the first dew falls, spreading through the meadows and hills filled with bushes. This usually went on through noon, under the heavy summer sun, until sunset. Every day, until we couldn’t find any more rose hips.

I used to be a shepherdess as well, and that was the work I liked the most. More than even what I do today, although I still hit the ground every day. In those meadows, looking after the cows, I learned biology better than any teacher ever taught me. I saw how small we are in this circle, and still, how big we think we are.

There were days when I was very happy to hear that one of my cows was about to farrow a calf in the field, and I was torn into pieces when any of them died. And each time, I prayed for them — as kids do — even though I didn’t know how, I still prayed. 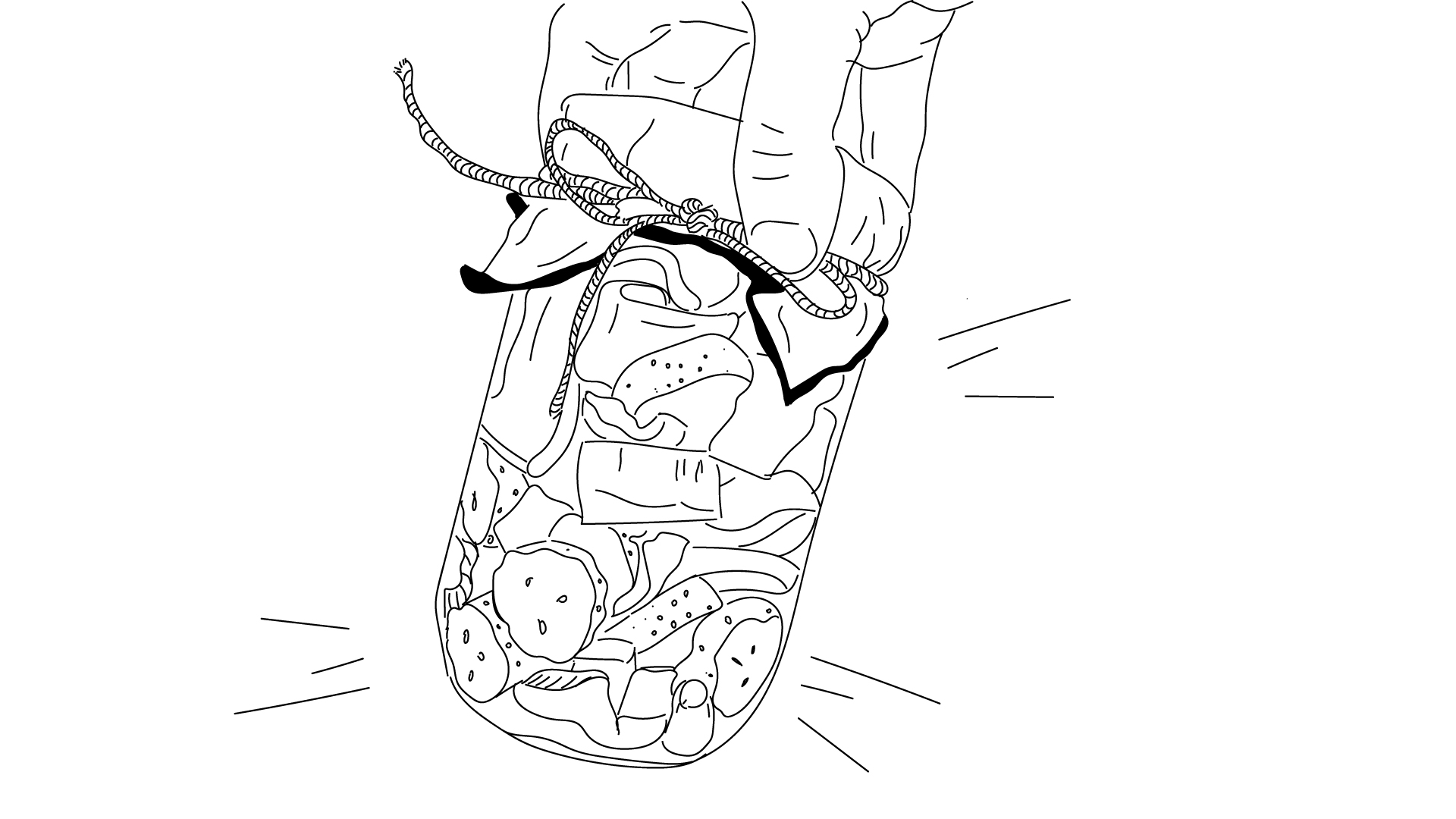 When you think of it, being a villager is not easy, but there’s nothing better.

Close your eyes and imagine a summer day, the table set with bread, cheese and peppers from the garden. Here and there, the plates and empty seats of those who are no longer with us, waiting for the youth of the family to grow up and fill them. A pile of shoes before the door; toys in every corner of the yard; loud laughter coming from everywhere.

Just like that, a home is more than just four brick walls.

And oh those fresh evenings and roasted corn, making you believe that paradise is here on Earth, within each of us. More than the roasted corn, what I liked the most was the joy of playing marbles and rubber band with the others.

The sound of mixing jam — the time of jam, ajvar and pickles is, for us villagers, like the feasts of Eid and Easter.

The long winter nights with a kerosene lamp over our heads, walking from corner to corner of our lands, crossing the border while telling stories of the last war. The farewells in the gorges and the reunions in the refugee camps, brought back to life by our mothers and grandmothers who tell them with such mastery that it leaves you speechless. Nothing better than the soft touch of the çifteli to fill the emptiness and the hard silence that follows.

Now, go outside, raise your head, you’ll feel the breeze that comes from the blessed mountains, bringing the greetings of our ancestors from beyond the peaks and the old springs. Millions of pieces of love and sad stories, left like old legends of those mountains, brought with the wind as an echo for you and me, for all of us.

The fairytale of life in a village looks like the verses of the writer Migjeni — when the red curtains of the theater fall, the lights highlight the difficult things in life.