Lulzim Hoti: Culture is one of the main pillars of sustainable development - Kosovo 2.0
One-on-one | Arts

Lulzim Hoti: Culture is one of the main pillars of sustainable development

Earlier this month, a new community design initiative launched in Mitrovica with the aim of including citizens in local decision making. One of the guest lecturers at the week long first phase called Facing the River was Lulzim Hoti, president of the cultural organization 7 Arte.

The NGO was founded in 2005 by local artists looking to revive the northern city’s cultural scene, which had nosedived after the war. Once known as the city of Rock and Jazz, Mitrovica was left both ethnically divided — with Serbs predominantly living north of the River Ibar and Albanians on the south side — and culturally dormant. Recovering the culture and civil activism has been an ongoing challenge for the whole society.

By participating in different cultural events and exchange programs throughout Europe, and organizing such events and creative workshops in Kosovo, 7 Arte aims to develop and promote a common European culture. Its activities include the environmentally focussed Green Music Festival, Gjuj Art (Shoot Art) where young artists decorate walls in the city with new designs, and video project Mitro je t’aime aimed at promoting cultural diversity and a positive outlook on the city.

The organization comprises young cinema enthusiasts and artists from a range of artistic disciplines, including graphic designers, musicians, a journalist, a theater directing graduate and a camera artist.

Filmmaker and literature graduate Hoti, in addition to his role as president of 7 Arte, is also a board member of NISI MASA, an international non-profit organization operating in 26 countries, which promotes young professionals in the European filmmaking industry.

During the Facing the River project, K2.0 spoke to him about 7 Arte, what it stands for and the idea he put forward in the project’s workshop for the future of Mitrovica’s bridge. 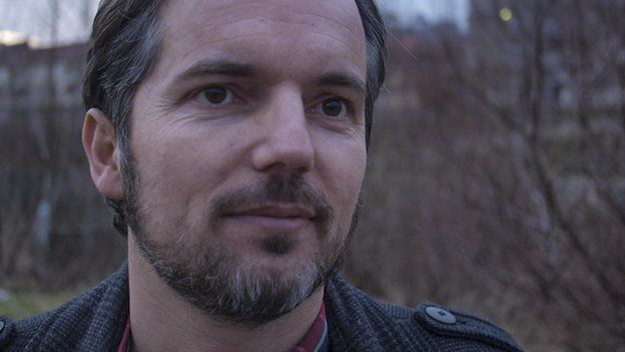 K2.0: When was 7 Arte started as a concept? How did the idea come about, what were the challenges as it was developing, and how did it develop until it was officially founded in 2006?

Lulzim Hoti: In 2005, after a study visit to the Cultural Forum of Barcelona and a few meetings with different cultural organizations from around Europe, the idea of founding an organization focusing on developing cultural life at both local and national levels was born. After a few informative meetings with the local artists of Mitrovica, we agreed upon the purpose and name of the organization.

What is the ethos of your cultural organization, its aim and purpose, and upon what principles does it function?

The circumstances at the time the organization was created, and the vacuum existing in the independent cultural scene, especially in the area of cinematography, motivated us to serve as a connecting bridge for delegations of Kosovar artists; in particular, bringing younger artists into cooperation with cultural events around Europe. Therefore, the purpose of the organization is to support young artists and to promote and develop a common European culture.
Later, with changing circumstances and needs in Kosovo’s society, 7 Arte decided to add value to its mission by using culture and art as a means of promoting environmental issues and stable economic development.

Your organization is very active in Kosovo’s cultural scene; what are some of the projects or activities that you hold dear, and which best explain what 7 Arte stands for?

One of 7 Arte’s key projects is the Green Festival, which is already a traditional project, aiming to strengthen and develop the cultural sector and promote creativity, as well as raise citizens’ awareness about the environment. Green Festival includes activities such as The Green Music Festival, Open Green Cinema, and the Green and Artisanals’ Fair. Within this programme are incorporated different ideas, such as the Art Competition through recirculation, the Best Garden in Mitrovica competition, the Diaspora Greenified Homeland initiative, artistic interventions in public spaces through the initiative Shoot Art, and different workshops from the creative industry.

Since you have worked for quite a long time with the artistic and cultural scene in Kosovo, especially in Mitrovica, what would be your constructive criticism in terms of areas where there is room for improvement?

We think that the independent cultural scene of Kosovo has, for more than a decade, done an incredible job and has succeeded in carrying powerful messages outside the country. This rhythm of spiritual growth within Kosovo should be given institutional support by strengthening the biggest cities in Kosovo separately.

Where do you think the cultural scene in Mitrovica (or Kosovo) should focus more? What should all parties in the cultural scene — government institutions, NGOs and individuals — do in order to grow as a nation, with culture as a crucial component?

The independent cultural scene, in every city in Kosovo, should focus more on the development of cultural politics, with the inclusion of all citizens of Kosovo in the process, and the stimulation of ongoing creativity.

Also, the local and central institutions of Kosovo should be persuaded that culture is one of the four main pillars of stable development, and as such they would generate new working places and improve the wellbeing of the citizens and the environment. Kosovo is a small country with great human potential, which should be channeled towards a common national vision.

7 Arte’s idea concerning the Ibar bridge is that the top part of its wings, rather than having the purely aesthetic role they have had for many years, should also be covered with solar panels. 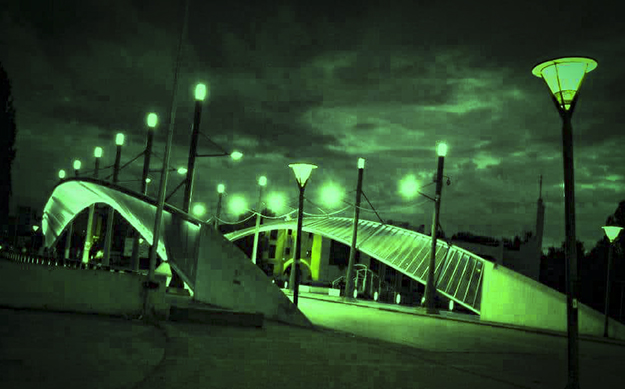 They would thereby generate renewable energy sufficient for the needs of the bridge; this energy would serve to illuminate the bridge, perhaps in green rather than blue as at present. Meanwhile these solar panels would enable the youth to recharge their phone batteries and other electrical devices while socializing in the recreational areas or alcoves of the bridge.

Finally, you raised a new proposal during the Facing the River project; could you elaborate upon this design and its purpose?

The implementation of this idea would not change the basic structure already in place; on the contrary, it would only add value, making it a model bridge known also for its creative values.

The main bridge over the River Ibar is already known on an international level, and as such it has become an attraction for foreign visitors. Reopened and with these changes, therefore, the bridge would serve to promote renewable energy and its benefits in terms of both efficiency and environmental impact. We believe that this idea would be well received in both municipalities of the city of Mitrovica as well as in the Office of the European Union in Prishtina.K