Monuments without a home

Symbols of Yugoslavia are left to decay in today’s world

Discussions about the cultural heritage of the former Yugoslavia are often isolated to banal comments on websites and in coffee shop conversations. Some observers lack desire — perhaps from intellectual laziness — to treat this historical period and its effects in a more serious manner. They don’t want a debate any deeper or more objective than asking, “Is this heritage Albanian or not?” or “If we support the protection of this heritage, are we patriots, or not?”

Reducing the debate over this period to degrading terms like “traitor” and “non-Albanian” from the outset misinterprets the former Yugoslavia by displacing and depriving it of historical context. Such simplification also denies the role of Albanians in its construction.

Former Yugoslav monuments, together with objects, streets, parks and squares, are not simply Serbian: They are Yugoslav. And because Albanians were part of it, the monuments remain part of our heritage. So, then, what are these monuments that make up our inheritance? Are they important to us? Do they have a historical or cultural value?

The separation of Yugoslavia from the Eastern Bloc alliance in 1948 and the soured relationship between Tito and Stalin had more than just political fallout in Yugoslavia; it also influenced art and culture. Socialist Realism, a doctrine almost unquestionable in the Eastern Bloc, was immediately replaced by a new conceptual and aesthetic approach. Unlike in the Soviet Union and Albania, this new milieu did not have the rigidity of Socialist Realism, allowing for a freedom that led to abstract forms, deeply influenced by the Modernist current in the West. 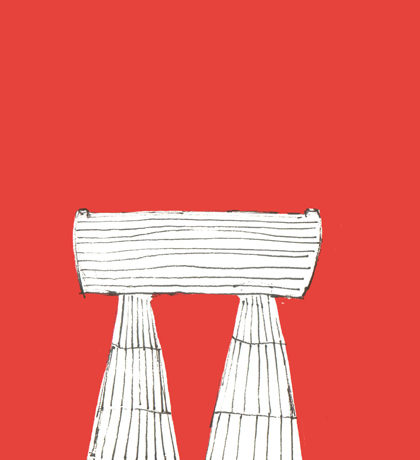 However, the topics under development remained entirely within the framework of socialist ideology, including memorials dedicated to soldiers of the anti-fascist World War II. The square celebrating brotherhood and unity in the center of Prishtina is called “A monument dedicated to the fallen fighters” and was designed by Miodrag Zivkovic in 1961. Architect Bogdan Bogdanovic designed a monument in Mitrovica dedicated to Albanian and Serbian partisans in the anti-fascist war. These were fresh forms. Bogdanovic acknowledged Tito was not culturally imbued and did not know trends in art. But the leader was eager to engage artists who would break from the Soviet template, Bogdanovic said. Tito wanted a new movement to represent the memory and identity of the Yugoslav federation. After Tito saw Bogdanovic’s abstract works, with floral motifs and totemic shapes, he commissioned the artist’s project.

From 1948 to 1980, Yugoslavia’s monuments were outside typical classification in either Western capitalist or Eastern communist styles. It was deeply influenced by the modernist ideas of the time, and designers were free to explore the ideas of modernist architects Le Corbusier and Mies van der Rohe, as well as surrealism and other trends. This unfettered creation allowed ideas from elsewhere to filter through the locality and the social and political specifics of Yugoslavia. This period produced monuments undoubtedly specific to the former Yugoslav regions.

This was also when Kosovo experienced a dramatic move forward in its conceptions of art and architecture. Without this period, we would not have had the spasm of modern art characterized by the works of Muslim Mulliqi, Xhevdet Xhafa, Nysret Salihamixhiqi and others.

Apart from the political and ideological perspective, and as a supranational federation, Yugoslavia aimed to create a visual language and a collective memory that included all of its nationalities. If there was something anathema to Yugoslavia, it was a return to old, nationalist sentiments and animosities. Furthermore, this was in the ideological and political context of post-World War II, where positions of the left and right were more important for political and social organization than for nationalism and national identity.

So using those frameworks to analyze Yugoslavia’s cultural heritage is to engage in historical revisionism. Conclusions about the past should not be based exclusively on political, social or ideological sentiments of the present. In fact, first, they should consider the dynamics of the past, and in this case, the historical context of the Yugoslav period.

It’s clear these monuments, even today, are not Serbian, Croatian, Slovenian, Montenegrin, Macedonian nor Albanian. For evidence, one need only to notice that they are neglected by their host countries and left to crumble in all the regions of the former Yugoslavia. We are all ambivalent, if not outright antagonistic, toward these monuments. Resurgent nationalist sentiments leave no room for monuments with no national identity. There’s no space for these relics when some are busy rewriting history, as is Macedonia with kitsch and historically incongruent monuments. Who needs monuments that are neither entirely Serbian, nor entirely Albanian, but consist of both?

They could, however, be viewed, at least from the perspective of art history, as testimonies to Kosovar modernism. They can be sources of inspiration and knowledge for a new generation of artists and architects. Maybe they will even endure — if the Prishtina Municipality doesn’t follow through with razing Brotherhood and Unity Square to build a much-discussed parking lot.

Observers have characterized the surrealist, modernist style of Yugoslav monuments as “futuristic.” And it’s appropriate, because these are monuments without history. It’s more than correct to say these monuments appear to be from the future than from a long-gone past. They simply have no space in the historical precedent we value today. At most, they are leftovers, aberrations in the flat and uniform flow of our history.