Is there a plan behind threats on the secession of Republika Srpska?

Most of the post-Yugoslav countries, more than 25 years after Yugoslavia’s dissolution, are amongst the poorest in Europe and are in a constant state of political crisis. Despite this, stories about a further dividing of the existing countries tend to be more present than those about a possible united approach to achieving what all the political leaders claim is their goal: European integration and stability.

The best example of this is probably Bosnia and Herzegovina (BiH). The country composed of the two entities Republika Srpska and the Federation of Bosnia and Herzegovina, is amongst the 20 poorest countries in Europe. Nevertheless, instead of searching for ways to overcome this dire economic situation, local leaders are getting involved in arguments about further divisions and possible secession.

In mid-August, the president of Republika Srpska (RS) and leader of the ruling Alliance of Independent Social Democrats (SNSD), Milorad Dodik, issued the following statement: “We should not be naive. In accordance with global trends, we should be united around the idea named Republika Srpska, its strengthening and its very existence.”

This is an idea that has been touted for years by Dodik and the SNSD, mainly during election campaigns, which are conducted every other year.

His words, like in many previous cases, were not questioned by any of the media in Republika Srpska, nor analysed, but just literally transcribed and transmitted as a message. Local media organizations in Bosnia and Herzegovina, with few exceptions, are widely considered to be highly controlled by local politicians, particularly in Republika Srpska.

Many analysts have asserted that Republika Srpska’s public media — Radio Television of RS and the news agency SRNA — as well as part of the entity’s private media, have long been under the direct control of Dodik’s ruling SNSD party. All of these outlets carefully and affirmatively inform the public about developments regarding the potential secession of certain provinces around the world, regularly prioritizing such stories above relevant local developments.

In this way, great importance was given to news items such as the situation in Crimea, Catalonia’s secession demands, and even Brexit, with the media attempting to keep the secession topic ever-present in the public discourse in order to prepare citizens for a potential referendum on Republika Srpska’s secession from BiH. This is an idea that has been touted for years by Dodik and the SNSD, mainly during election campaigns, which are conducted every other year. 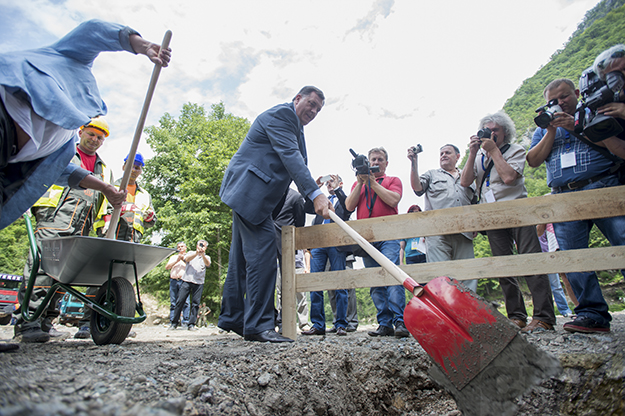 The severity of his threats is seriously questionable, with economic and political analysts pointing out that until now there have been no strategies put forward to the public on what secession would actually look like. Starting from questions of who would recognize Republika Srpska as an independent nation, to how any separation with BiH would be handled in order to not result in a new armed conflict, and how RS would sustain itself economically, there appears to be little thought behind how Republika Srpska would actually set about going it alone.

At the SNSD’s fifth Party Conference, held in April 2015, a declaration was adopted envisaging a referendum on RS secession. The declaration states that RS has the right to self-determination “if others are persistent in violating the Dayton Agreement” that brought an end to the war in BiH in 1995 and forms the basis of the country’s constitutional framework.

By violation, the SNSD was referring to the existence of the state institutions such as the Constitutional Court and State Court and Prosecution, police agencies, state border services — all those levers that make up a state. They were each created after the war in accordance with decisions issued by the Office of the High Representative, the highest international community body, which is entitled to not only interpret Dayton but also has the authority to impose laws and rules in accordance with their reading of the peace agreement.

Dodik also emphasized that if consensus isn’t achieved between Bosniaks, Serbs and Croats, “BiH will vanish.”

Due to dissatisfaction with the work of joint institutions, which the SNSD constantly claims are working against RS interests, Dodik sometimes also threatens that he will hold a referendum on independence.

“I don’t want to pretend that I support the failed concept called Bosnia and Herzegovina,” he told AFP in October 2016.  “Today, Bosnia and Herzegovina is a place that is unwanted by all, except a few idealists in Sarajevo who want to preserve it, but nobody has any use for it any longer.” He also emphasized that if consensus isn’t achieved between Bosniaks, Serbs and Croats, “BiH will vanish.”

The 2018 local elections (at the cantonal, entity, and state levels) are drawing ever-closer, which brings with it the question: Will Milorad Dodik — or the party that he is heading — once again attempt to reach out for an extreme solution by re-igniting the referendum debate?

The Reality in RS

The Dayton Agreement doesn’t allow the possibility of independence of an entity. However, the interpretation of Dodik and his closest associates in the party is often different, despite the fact that on many occasions different international organizations present in the country, as well as foreign diplomatic representations, who are still very much involved in the way how the DPA is interpreted and followed, are firm that it is not possible.

Journalist Slavisa Bajic sees the threats of a RS referendum as a political maneuvering tactic, and not as a means by which relevant issues to citizens, of the future of the entity itself, will ultimately be decided. He believes that by hanging to the idea of a referendum in the air — whether or not Dodik really intends to call one — the RS president is wielding a political tool in order to buy cheap political points.

“Therefore, the topic of holding a referendum on the independence of RS will continue to be utilized by Dodik for the purposes of daily politics, especially in the one year period prior to the elections,” Bajic points out.

“Milorad Dodik doesn’t even have allies for secession in RS, because the opposition wouldn’t support it.”

Velizar Antic, a political scientist from Banja Luka, says that it is difficult to believe the validity of statements and moves announced by Milorad Dodik. However, he highlights that at the beginning of the summer, Dodik confirmed to the media that nobody in RS is working on preparing a referendum on RS independence.

Despite the uncertainties, Antic believes that there will be no referendum on RS independence, and he points to the fact that such a move is unlikely to be backed by Serbia or Russia and that political support closer to home is also lacking.

“Milorad Dodik doesn’t even have allies for secession in RS, because the opposition wouldn’t support it,” he says, referring to statements by prominent opposition figures in RS, who have been cool on the idea of a referendum.

While Antic doesn’t rule out the possibility of anything happening when it comes to Dodik, Antic believes that if he were to actually call a referendum, it could bring about his political downfall. “The person who thinks that something like that is possible to implement in BiH, without it resulting in new conflicts, doesn’t have any future in politics,” he says.

The economic aspects of the possible RS secession, as seen by economist Damir Miljevic, would equally be a catastrophe, as well as a political move.

“This would mean a total economic blockade, so, a complete export ban and restriction of import on essential items, which would lead RS into the position of Iran or North Korea,” Miljevic says. He emphasizes that even in such a constellation, RS is not prepared to secure budgetary liquidity, that is — its economic self-sustenance.

“The number of employed and retired people is almost equal,” Miljevic says. “RS almost doesn’t have a real sector that produces new value.” 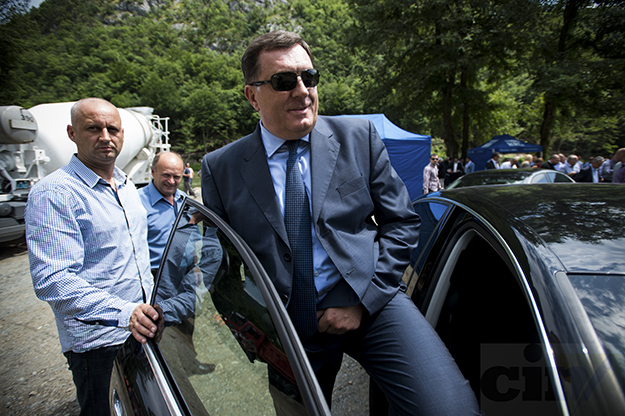 According to the Statistical Office of RS, 208,761 citizens are eligible to receive a pension, with the average pension amounts to 341 convertible marks (around 120 euros). In comparison, 250,000 citizens are recorded as employed in the entity, with the average salary paid in June of this year 828,00 convertible marks (around 410 euros); this covers just 44.5 percent of the consumer basket, that is the average monthly costs for basics for a family of four.

Currently, RS officially has 124,572 unemployed citizens; however, this number is likely to be higher as it only includes those people who are registered with the employment office.

“The total debt of RS has reached 6 billion convertible marks (around 3 billion euros), which is where I count in loans and debt of state institutions and enterprises, that the annual, current liquidity of the budget is maintained by constant increase of debt from the local capital market or under unfavorable conditions with commercial banks,” Miljevic said.

In light of the hard economic facts alone, Miljevic does not believe that RS would be able to survive economically if it were to secure independence, but suggests that this isn’t even in the minds of politicians pushing for a referendum. “It is clear that the local government has not considered any of this even once,” Miljevic concludes.

All indicators suggest that if a referendum on the independence of Republika Srpska from Bosnia and Herzegovina were to be held, a sufficient number of RS citizens would vote in favor, convinced that this would lead RS becoming part of Serbia. But the consequences of such a vote suggest that they would be voting solely with their hearts, without truly considering the likely disastrous consequences. K