“Quint” embassies have today defended a joint-statement released over the weekend that has come under heavy fire from some quarters. There has been widespread criticism on social media of the statement released by the US, United Kingdom, France and Italy on Sunday (Nov. 29) after it appeared to heap praise on the conduct of Kosovo Police during controversial actions the previous day.

Opposition party Vetevendosje reported that dozens of citizens and activists were injured, some of them badly, during an armed police raid on their headquarters. Vetevendosje claimed 61 people were “taken by force” from their offices and that “over 150 citizens and activists” had been detained by the police through “brutal and violent” actions in the course of the day; police officially reported 97 arrests. The day ended with a de facto state of emergency on the streets of the capital, as a huge special police presence set up checkpoints and locked down many of the streets surrounding the city center.

The statement that was signed by four of the five “Quint” embassies — Germany did not sign it, although belatedly posted on Facebook that it “fully supports” it — courted controversy after it appeared to go out of its way to praise Kosovo Police. The line that seemed to spark most reaction read: “We are pleased that demonstrations have passed peacefully and would like to commend everyone, especially the Kosovo Police, involved.”

However when contacted by Kosovo 2.0 for further clarification, the Ambassadors of Britain and Italy both suggested that the praise had been specifically in relation to the police’s conduct during the anti-government “manifestation” held earlier in the afternoon on Saturday, and was not in relation to the subsequent action at Vetevendosje’s headquarters. 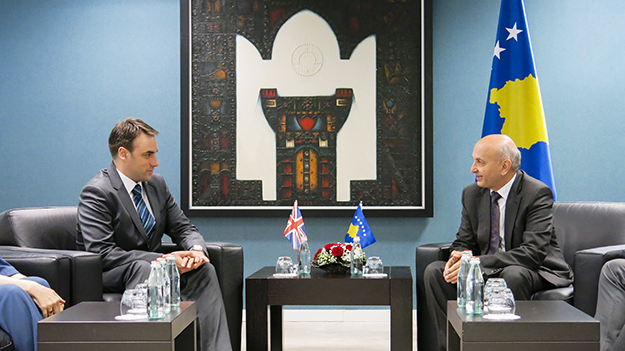 British Ambassador to Kosovo, Ruairi O’Connell, has said that concerns raised by Amnesty International about police actions should be investigated.

“There were two things happening [on Saturday],” British Ambassador to Kosovo, Ruairi O’Connell told Kosovo 2.0. “The protest itself passed peacefully and the police dealt with that very well. The arrest [of opposition deputy Albin Kurti — the target of the police raid] is another thing.”

Italian Ambassador to Kosovo, Andreas Ferrarese, agreed with O’Connell, telling Kosovo 2.0: “The comment on the police was specifically in relation to the policing of the manifestation.”

The British Ambassador repeated his call, first made yesterday evening, for an investigation into concerns voiced by Amnesty International to Kosovo 2.0 that “excessive force” appeared to have been used by Kosovo Police during Saturday’s actions. “If somebody makes an allegation, it should be investigated, and that’s how normal states work,” he said. 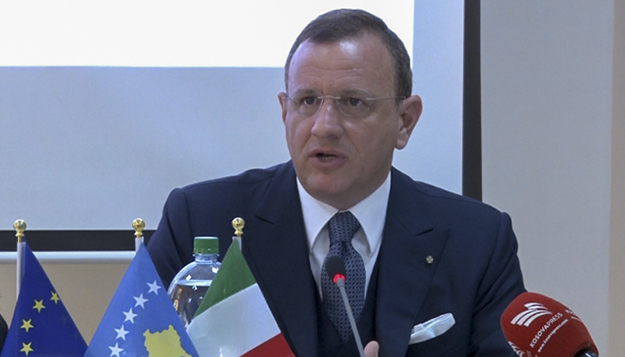 Italian Ambassador, Andreas Ferrarese, insisted that Sunday’s “Quint” statement, in which Kosovo Police are praised, were specifically about their actions during the opposition’s protest on Saturday.

When asked if he also felt that an investigation was necessary, the Italian Ambassador said: “If they [Kosovo Police] say that they operated according to the law, there is no motivation not to be very open with such a respected organization… Transparency is always the best solution.”

French Ambassador, Maryse Daviet, refused to be drawn on the issue, stating: “If Amnesty wants [to open an investigation into Kosovo Police actions], why not? It’s not up to me to say Amnesty shouldn’t, or Amnesty should. Amnesty International is a very famous NGO and association of human rights.” 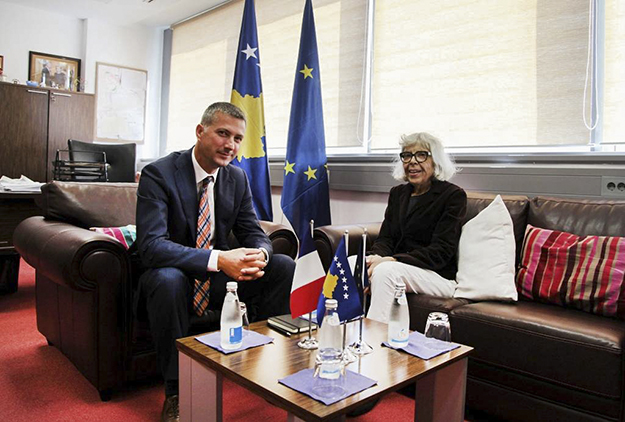 French Ambassador, Maryse Daviet, insisted that as a “foreigner” in Kosovo, it is not her place to call for an investigation about concerns raised by Amnesty International regarding Kosovo Police.

Daviet insisted that as a “foreigner” in Kosovo, it wasn’t her place to tell democratically elected authorities, what to do or what not to do. But she did suggest that if the authorities felt that an investigation was required, it was a job that could be carried out effectively by the Ombudsperson. “A good thing you could also do is to ask the Ombudsman.” Daviet told Kosovo 2.0. “The Ombudsman is a very respected person, I mean he’s non-political… he has been elected by everyone.”

Kosovo 2.0 contacted the Ombudsperson’s office, which said that it has been monitoring events and is in the process of gathering facts and testimonies, before releasing a report soon. The US and German embassies failed to respond to Kosovo 2.0’s requests for comments for this article.

Meanwhile, in a joint-statement issued last night, the EU Office in Kosovo, EU Special Representative and the Embassies and Offices of the EU Member States in Kosovo, appeared to acknowledge the concerns that have been raised by Amnesty International, amongst others, about the actions by Kosovo Police. “[I]n exercising their function, the institutions have an obligation to ensure the full respect for human rights of the persons concerned,” it read.

The joint-statement followed further disruption in Kosovo’s Assembly, which has been blocked for months as part of a political standofffollowing the government’s signing of two controversial agreements in August. The opposition has been protesting — both within the Assembly and on the streets — against an EU-brokered agreement with Serbia that would establish an “Association of Serb Majority Municipalities,” and at a border demarcation deal with Montenegro.

In a deepening democratic crisis within Kosovo, five opposition deputies (including Albin Kurti) have now been arrested for their alleged roles in the deployment of tear gas in Assembly sessions, while the government has conducted three sessions with no opposition having locked them outside.