Seeking a state of agreement

In a year of Kosovar sporting history, another chapter was written this week at the young state’s national team played its first competitive fixture. Hundreds of supporters braved the Autumnal conditions in central Prishtina on Monday night to watch Kosovo on the big screen as they played Finland in a 2018 World Cup qualifier.

Despite the eligibility of six players not being confirmed until mere hours before kick off, the young team put in a highly credible performance, securing a 1-1 draw with a 60th minute penalty. On the other side of the Skanderbeg statue, a second screen showed the Albania vs Macedonia game, which Albania eventually won 2-1 the following afternoon, as the last 14 minutes were delayed due to freak storms.

The two matches divided some Kosovars’ loyalties, however Vetevendosje leader Visar Ymeri apparently felt no such dilemma. He drew a mixed response after posting a Facebook message in support of the state of hisnewly acquired passport, and forgetting to mention the historic debut of the country he represents in parliament.

There was no sign of debate in Kosovo over another big news story this week, after Mother Teresa’s canonization as a saint by the Pope on Sunday. Reverence toward the Albanian Catholic missionary, who is widely acclaimed for her charitable work — but who has drawn sharp criticism from some international commentators — was available in abundance in the local media as everyone expressed pride in their local hero. At least it seems that everyone can agree on one thing…

Bekim Collaku resigned his post as Minister of European Integration on Friday to chase where the real power lies. Formerly chief of staff to Hashim Thaci when the now-President was PM, the PDK member announced that he would be going back to his former master to take on a new role as an advisor and that his “contribution will be even greater.” 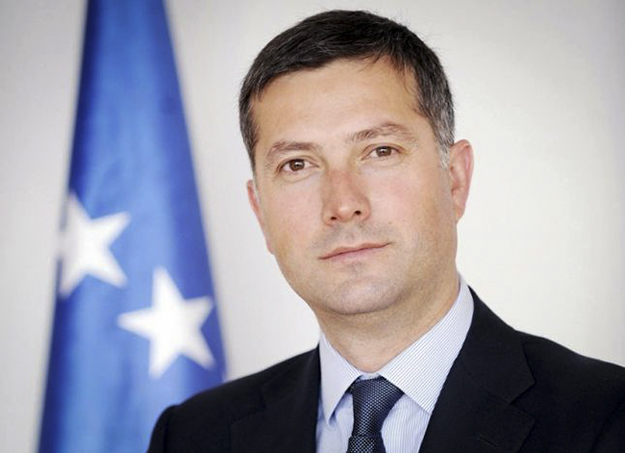 Announcing his resignation, Collaku said he was “overwhelmed with disappointment” that Kosovo does not yet have visa liberalisation and for old times’ sake, one last time repeated his long-held mantra that it will happen “by the end of the year.” “I’ve always said that I would not leave without fulfilling all criteria for visa liberalisation,” he told media.

Collaku’s resignation followed a decision by MEPs in the Committee on Civil Liberties, Justice and Home Affairs (LIBE) on Monday not to open up negotiations on Kosovo’s visa liberalisation with the European Council of Ministers because not all of the criteria set have yet been met. “One of the 95 criteria the country should fulfill before obtaining the visa waiver is to ratify the border agreement with Montenegro, still pending,” read a LIBE press release.

In wake of the shock news from Brussels, Kosovo’s PM Isa Mustafa redoubled his efforts with the Montenegro border demarcation issue to seek consensus on his point of view. Mustafa announced he had held two “constructive” meetings this week with representatives of those potentially affected by the proposed agreement; on Wednesday with mayors of municipalities in the border region, and on Thursday with local residents. Following the latter meeting, the PM’s office released a statement saying that the most frequently made remark was that there had a been a lack of communication from the state Commission that was overseeing the process, which had caused “misinformation and ambiguities.” 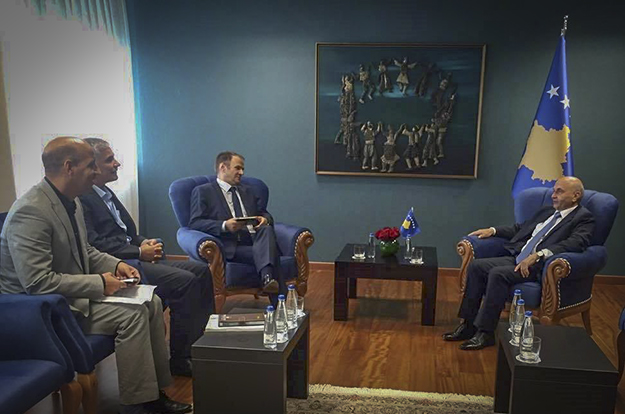 In between the two consensus-seeking meetings, Mustafa showed off his conciliatory side by insisting that the agreement would have the votes to pass in the Assembly next time around. More than a year after the government first signed the agreement, he also suggested that he would invite all party leaders to a meeting to discuss their concerns, so as not to politicize the issue.

The proposal was met with a mute response, with AAK suggesting that the current agreement should be first torn up and negotiations reset to zero, NISMA saying they hadn’t received an invitation, and Vetevendosje declining to comment. On Friday afternoon, AAK and NISMA did however announce that they were ending their seven month boycott of the Assembly.

With Mustafa working his charm at home, Minister for Dialogue Edita Tahiri headed Kosovo’s negotiating team in Brussels as the somewhat stalled technical dialogue process with Belgrade resumed. It seemed that progress had been made on Thursday evening with Tahiri announcing an agreement for Kosovo and Serbia to recognize each other’s license plates.

However it soon emerged that the negotiating parties didn’t actually agree on whether they agree as her Serbian counterpart, Marko Djuric denied an agreement had been reached. An EU spokesperson later confirmed that discussions were in fact ongoing.

Kosovo Police was showered with attention this week as it celebrated its 17th birthday. On Thursday, the government announced that it was extending the mandate of head of police, Shpend Maxhuni for another five years as it “highly values” the work of the police and its management. 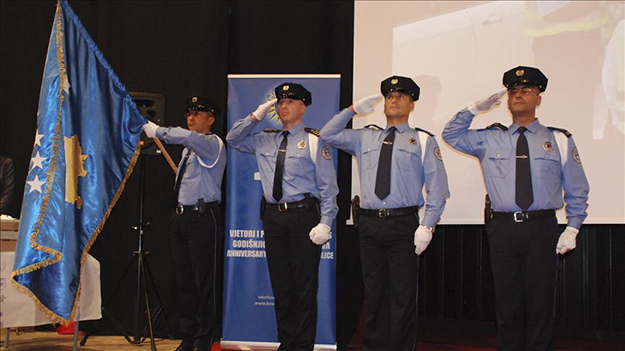 The decision was met with condemnation by Vetevendosje, who pointed out that just last month one of the ongoing wiretap releases revealed leading PDK figure Adem Grabovci telling a party affiliate that he would speak to the police chief to ensure a job application was accepted. “Shpend Maxhuni is controlled by the government, namely the Pronto clan,” read a party press statement, referencing the group of top PDK members and affiliates whose involvement in institutional abuse of power is being publicly exposed — while Insajderi took this week off from releasing any more wiretaps, the citizen-led #protestoj initiative continued its symbolic actions, issuing VIP prison visas on Friday for top leaders embroiled in the scandal. 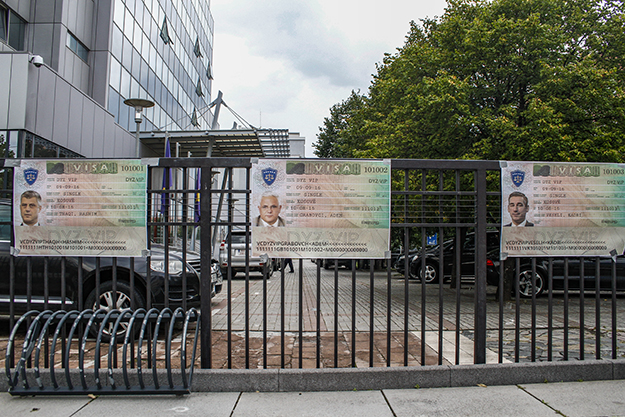 Earlier in the week, police had raided the family home of Vetevendosje’s organizing secretary, Dardan Molliqaj, who responded by saying that it was “direct retaliation and pressure” in order to silence him. The previous day, Molliqaj had held a press conference in which he accused the police of trying to link his party with terrorism; six Vetevendosje activists were arrested last week in connection with their alleged roles in last month’s attack on the Assembly building — the party has questioned why three of those arrested were released on house arrest if they are really considered to be potential terrorists. Molliqaj was also the subject of fliers distributed anonymously around Prishtina on Friday, comparing him with notorious Serbian paramilitary commander, Zeljko “Arkan” Raznatovic.

After months of being seemingly on the backburner, the Specialist Chambers — widely referred to as the special court — was back on the agenda again this week, as a chief prosecutor was appointed. US lawyer David Schwendiman will head up the new Kosovo Special Prosecutor’s Office as it formally takes over from his current employer, the EU Special Investigative Task Force. 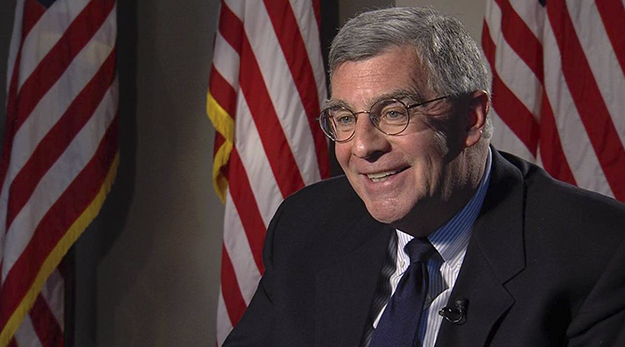 The EU-funded Specialist Chambers will be based at the Hague in the Netherlands and will try alleged crimes committed by the Kosovo Liberation Army during and after the war with Serbia. Changes to the Kosovo Constitution that paved the way for the court to be established were controversially approved at the second attempt last August. However while always in the background, progress toward getting the chambers up and running has been less than lightening quick. According to BIRN, the first indictments may happen either at the end of this year, or early in 2017.

After a week of heavy politics, it’s time to unwind with something a little different to keep you entertained over the three-day weekend.

On Saturday, Kosovo’s edition of Ecoweek gets underway in Prishtina with a series of sustainable architecture lectures — over the coming days, a full program of workshops, lectures and other activities will be held, all aimed at raising awareness of environmental issues and climate change and promoting the principles of sustainability. Check out the Ecoweek Prishtina 2016 Facebook page for the latest news.

For something even more alternative, get away from urban life and head to a festival at a medieval fortress: Visions of Beyond, held at the Harilaq Fortress 15 kilometers outside Prishtina promises to combine top music artists with stunning cultural heritage. For full details on tickets, transport and bad-weather back-up plans, check out the Visions of BeyondFacebook page.