Long-term observer discusses his engagement in the democratic process and the challenges and improvements over the years.

For 25-year-old civil society activist Shqiprim Lubishtani, observing the election process is one of the most important aspects of democracy; he has been directly involved in election processes since 2010. The national elections that were held that year were marred by many problems, to the extent that the U.S. Ambassador to Kosovo at the time, Christopher Dell, talked of an “industrial theft of votes.”

It was the first time that Lubishtani voted, and the first time that he was engaged as an observer in his city, Ferizaj. But those elections have remained in his memory because of the high number of irregularities and manipulations within them. This only served to convince him further of the importance of election observing. It awoke a passion, which he continues to cultivate to this day.

An economist by profession, from the age of 16, Lubishtani has been involved with NGOs that focus their work on the election process, including organizations such as Initiative for Progress (INPO), Levizja FOL (Speak Up) and Democracy in Action. From his experience as an observer he has noticed an improvement in the organization and processes of elections in the country. Lubishtani has also noted that recently voting trends are changing due to civil insistence for change from politicians. 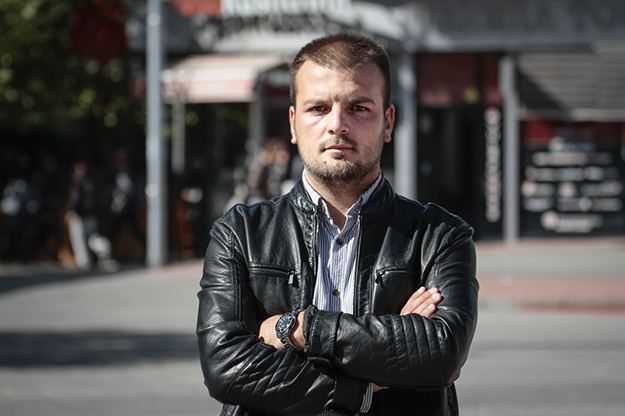 K2.0 spoke to Lubishtani about the problematic elections of 2010, the punishment of people who interfered with votes, the distinction between organizing local elections and national elections, as well as the upcoming local elections of October 22, the campaigns for which, he suggests, have been marked by a change in the discourse used by politicians.

K2.0: You have been engaged as an election observer in the country throughout the years. What has motivated you? Can you tell us more about your first involvement in the election process?

Shqiprim Lubishtani: At the age of 16, I started becoming involved in civil society, namely in a series of events called “Debate Competition.” Then in 2010, when I reached voting age, I also became involved in the election process by monitoring elections. Imagine, I didn’t know how to vote at the time, but I took part in trainings and subsequently I became an election monitor in the following years.

The first time I entered a voting center, I understood that non-partisan observers are seen by partisan observers as people who have come to cause trouble, in the sense that they are there to announce any potential irregularities. They feel that they have to be cautious of us.

Usually they are more experienced and from the beginning they start asking you: “Who are you with? Who sent you? What are you going to do?” A process of getting to know each other begins. It’s like in the jungle, when animals get to know each other’s power. This made me understand that my role within this process is to attempt to prevent any potential violations, to the best of my ability, even if only in the classroom in which I am located.

You compare elections to a jungle and say that you first took part in elections as an observer in 2010. Many incidents were reported in these elections. It was said that an “industrial theft of votes” was committed. How did this affect your engagement in other elections?

When you are inside a classroom — especially at that time, when technology was less developed — you are not aware of what is happening in other places. In 2010, I only heard about what had happened the day after, and this made me think hard, and ask myself what I had done.

You start searching inside your mind, trying to find out what happened in your voting center. Luckily, no manipulations happened in the center I was in, however, at the national level the election process that I was a part of had centers in which turnout reached 126 percent. You feel bad, because you understand that your contribution is insufficient.

"The smallest incident inside a voting center can be transmitted live and be seen by many people within minutes."

Since then you’ve taken part in other election processes. Did you witness any change in the organization and processes of elections?

Big changes in processes and the way citizens voted. They have different demands and they aren’t falling for cheap lies anymore. The way elections are organized has changed as well. Why has it changed? Because today we have more media that follow the process. The smallest incident inside a voting center can be transmitted live and be seen by many people within minutes. This has come as a result of technological development and has influenced the improvement of the election process.

Furthermore, voting lists have been improved. I remember how crowded it would get in 2010 with people trying to find out which classroom they were supposed to vote in. Today it is simpler. You can find out exactly where you are supposed to vote using your ID number. These are technical issues which have caused a lot of problems in the past and have now been solved by technology. I believe this is the first improvement in the way in which elections are organized by institutions.

You’re saying that the incidents in 2010 influenced better organization of elections in the future?

After 2010 everyone was really focused on elections and started seeking more responsibility. In the 2013 local elections, many local and international organizations took part in the monitoring process, the media were more insistent, and let’s not forget that prosecutors were more involved. The 2010 incidents caused a reaction among people, which I believe pushed institutions to respond. 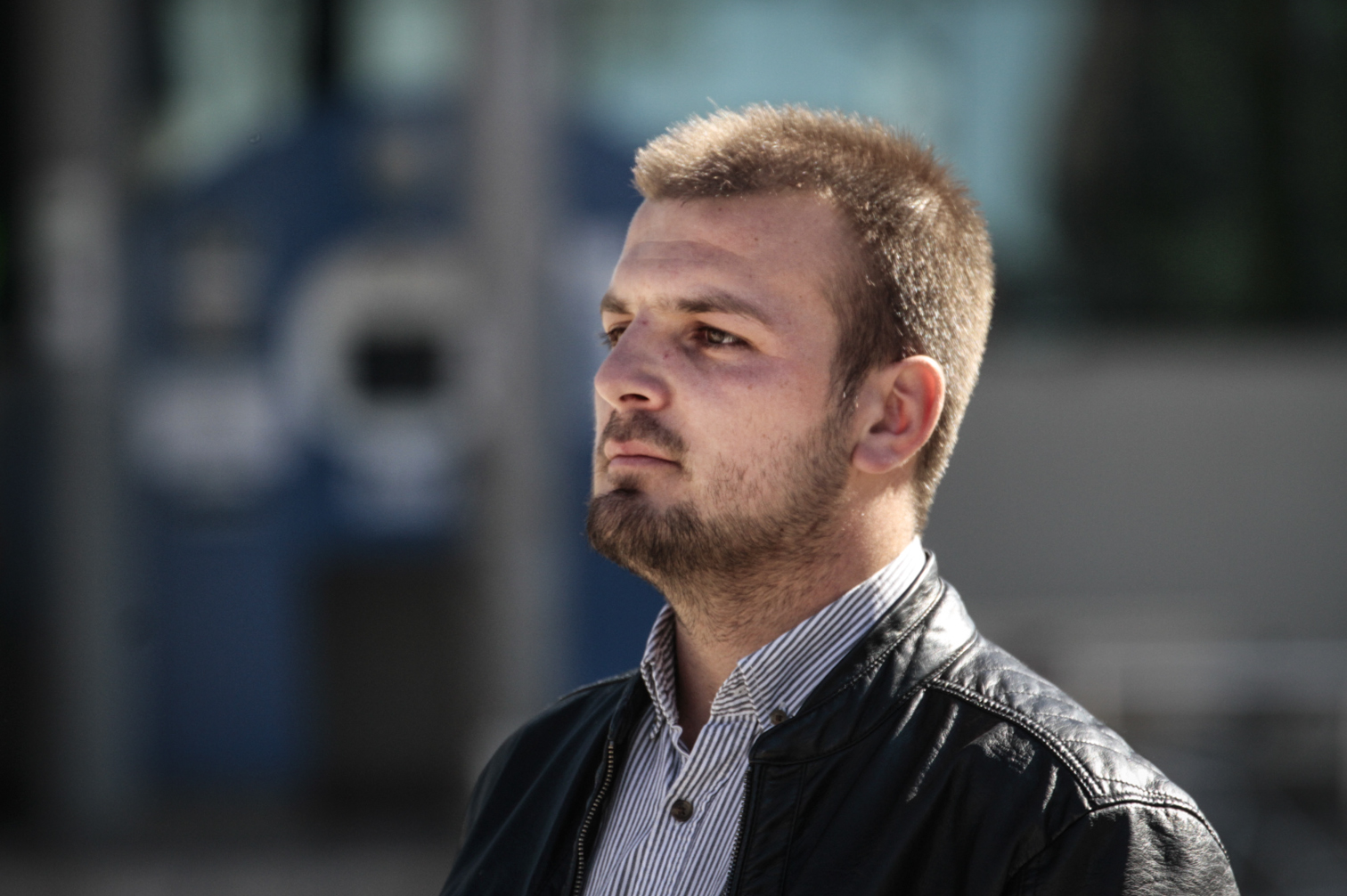 Besides general elections, you have been very involved in local elections. Have you noticed any difference in the approach of political parties and institutions regarding these two types of elections?

In general elections you can vote for up to five candidates for deputies, and there are compromises, because they are aware of where they are able to win votes. In local elections this does not happen; if I do not get the vote, you do. This naturally also influences institutions that organize elections.

"In the most recent national elections, the CEC website did not function for more than 24 hours. That is a problem because people cannot receive official information anywhere else."

In some cases we’ve had snap elections in some municipalities. Do they differ somehow in the way in which they are organized or in the approach of political parties and local institutions?

The campaigning time is shorter. This makes the campaign more intense, which I see as something positive. We notice that in the current campaign, the intensity has fallen, and political parties are waiting for the final week to mobilize further. Maybe they do not have enough human resources to conduct a month-long campaign.

On the other hand, it is easier for the Central Election Commission (CEC) to organize elections in only one municipality, focusing all its resources in that municipality. This results in a more regular election process. I believe that this should push the CEC to increase its level of resources so that elections are organized in a better way.

In the most recent national elections, the CEC website did not function for more than 24 hours. That is a problem because people cannot receive official information anywhere else, and this increases the chances of misinformation, which could cause problems. Furthermore, issues with diaspora voting registration also came as a result of the CEC’s capacity [limitations].

I took part in the monitoring process in some of these strongholds and I noticed that the number of militants that roam the corridors is bigger, and I also noticed that they are harsher than in other places. In many cases they think that they can do whatever they like. It is interesting that even within cities you find political strongholds; in certain neighborhoods, in neighborhoods resided in by relatives of politicians, and so on. One of the issues that I’ve faced in these cities is the greater presence of people in corridors. They do not understand that their presence alone hampers the election process.

The timetables are also problematic in these locations. For example, at 18:00 they start to pressure you to postpone the voting deadline, with claims like: ‘A few people are coming to vote, people have been at work until now, etc..’ 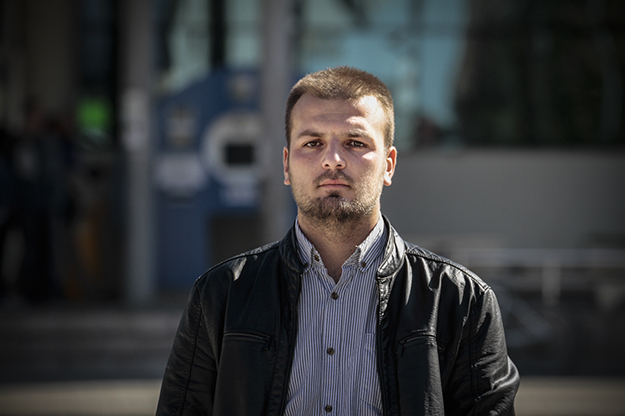 However, lately the idea of political strongholds has been shaken up. I am not meeting too many people who are willing to go to jail for their parties. The penalties for interfering with votes have influenced political parties to use a different approach in their quest for votes. Today political parties have the tendency to secure votes outside of voting centers. This has made for a smaller number of irregularities in the voting process.

For example, up until 2013, you would see partisan persons called ‘coordinators’ in voting centers. To tell you the truth, I’m not sure what they coordinated. Their only job was to bring water and top up the phones of commission members, and to roam the corridors. This hierarchal structure has begun to fade in the most recent elections.

Do you believe that invalid votes come as a result of the CEC failing to properly inform people about how they are supposed to vote?

I do not believe that people are uninformed in this regard. In the June 11 elections, the number of invalid votes doubled, and I believe that this can only be explained as civil discontent regarding the political class. This should make us think and discuss the possibility of giving citizens the option of voting for no-one. In France they have the option of the ‘white ballot,’ which means you are not voting for any candidate.

"It has become a passion of mine. For others it is sports, music or films. For me it is direct involvement in the election process."

If we were to translate the 50,000 invalid votes from the recent elections, it would mean that at least four seats in the Kosovo Assembly would have to be empty. The citizens believe that none of the politicians deserve to sit in those seats. At least that is how I see this situation.

It’s like physics: actions and reactions. Naturally there is more to be done to achieve qualitative change, but politicians have received the signal that citizens want change — this is without a doubt. Now it is in the hands of politicians to act and bring change, after which there will be a reaction, which is how citizens will see this change. But we can notice that political parties are including new faces in their lists.

Furthermore, politicians have changed their discourse as well. In the current campaign, candidates are talking more about youth, they are not giving empty promises and they are providing concrete offers. Two sectors, the culture, youth and sports sector, and the agriculture sector, which have been neglected for years — or if not neglected, very little has been done for them — have been included in the discourse of mayoral candidates in this campaign. In two local election debates, I’ve noticed how two candidates asked for extra minutes to talk about the youth sector. I believe this has happened because of the message that they received from citizens.

Will you take part in observing the October 22 elections? And if yes, what motivates you to do so?