Visual pilgrimage to common sense: A doodle of freedom

The ’90s were a decade of importance — so why have we tried so hard to forget?

I still believe that colors during the ’90s were different. Everything, even sounds, for some reason had that nuance of a blue and misty shadow, that strange state of optics that brings a deep sense of melancholy.

That pale, blue-filtered chromatic effect struck me one of these misty post-war mornings, when I was passing by Edi Flipper video games. I decided to slow my steps, take my time and take a walk through the alley, my “Blues Alley,” to pay a visit and recall my unsung stories that still live there, in the tunnel.

Kurrizi in the 1990s was to us inner-city wisecracks what Harlem was to African-Americans in the ’50s and ’60s, what Jerusalem was to — well, not exactly like that. That cracked-glass-ceilinged passage in Prishtina’s Dardania neighborhood was the dream factory, where unforgettable episodes of many lives were created, beliefs and attitudes were seeded and hopes were fed with tear gas for almost 10 years. 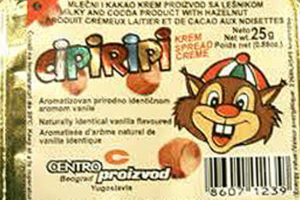 To tell the truth, I always wanted to have a TV-shaped memorial, a “wall of ’90s” somewhere in Kurriz. It would stand alone as a statistical reminder among all the heroic
statues in Prishtina, a warning sign that in the near past, or once upon a time, we were considered nothing but numbers. There we could project ourselves onto that concrete TV set, reminding ourselves of many things that we may not like today, remembering the days when life was categorized under “miscellaneous,” or rather “second hand.” That TV set would also remind us that there is no need to escape from the past, and no need to forget it. We watched MTV and were starring on CNN. We were TV people — the whole world saw us from a TV set. They saw us the way we were: dehumanized.

Putting it poetically, now everything feels so innocently vague while looking back to these fuzzy memories — the time when we first started to shave and girls blushed more beautifully than today.

I will start my story on a summer evening when emotional racketeers and nationalistic fertilizer like Ilir Shaqiri and other similar bleating comedians were bringing bad luck to people and composing the melodies they still play back today — a Comedy Central in its saddest version. On the other side of our life, the institution of fear and uncertainty was becoming well established in every household, and I was craving the midnight episode of “Headbangers Ball” with Vanessa Warwick on MTV.

The next few days found me holding a pair of keys and beating them against a frying pan, shouting “Demokraci! Barazi!” (democracy, equality).

The town was dark, as everybody had decided to turn their lights off, but echoes from the streets and helicopter noises above felt like an invocation to wake something bigger and stranger, like Native Americans dancing for rain. A few candles in the neighborhood were making pale circles of light in front of the shadowy silhouettes shaping the panorama of Prishtina — the magic of “The Twilight Zone.”

Few people knew what was really going to happen — just like in some Turkish soap opera; a family falls apart and then hate enters slyly, slowly, quite unnaturally, like a wave of thick fog that swallows towns, villages and everything that moves. It was an absolute thriller for an innocent mass of people that were just about to be introduced to 10 years of, let’s say, fascism. You know the rest.

It was like Monty Python had decided to make a reality show. Names like Liridon (as a libertarian) and Qendrim (stoic) replaced Gezim (joy) and Blerim (vegetation) — except we were all Oliver Twists whistling “Wind of Change” by Scorpions. Oh, I always hated that song. I always thought it was meant for Russians.

Those days, people could get rich if they decided to place bets on who would wake up alive the next morning.

Later on, as MTV was preaching “Open your mind” with all its colorfully dressed presenters, and the Internet was slowly finding a way toward our troubled homes, we were protesting in the streets, raising up our two fingers and loaves of bread, like we wanted to let someone know that we desperately needed help, like we were trapped, stuck in a giant shit with someone who desperately wants to return us to the 19th century.

In the meantime, there were unforgettable and beautiful stories happening, just like the exotic intermezzos on TV, accompanied by any song by The Smashing Pumpkins — distant, warm, cozy and nice, just like in the womb. 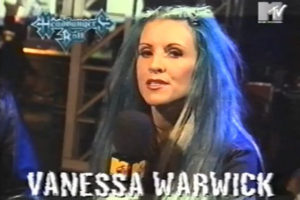 Yes, ladies and gentlemen, the social order was out of order, our official job description was to learn from the streets, inventing new survival skills and escape without being noticed when the shit hit the fan (which was a really cool job). Unofficially, we were the unbeatable champions of being discriminated against; teargassed, poor, harassed — and yes, being the ones that produced more bad music and ugly haircuts than the world could consume for a century!

We were forcibly unsubscribing from the normal; schools, courts, hospitals, TV, music, arts — everything was re-invented, for good or for bad. We know it and still bear the consequences of living in the bubble, of being chased by Pac-Man for 10 years.

The B-side of life 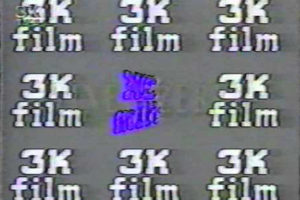 On the B-side of life, a new lifestyle was coming up, along with teenage acne; the Seattle music scene and T-shirts and cassettes of metal bands and Turbo chewing gum from Turkey, and — for some post-elitist subculture — a brand new identity packed in Levi’s 501s or Adidas Torsions. The chic of the oppressed. The haute couture of resistance. The new-Balkan kitsch of the ’90s.

What was so funny about the ’90s? We were literally playing “in between two fires” every
day: ideologically, mentally, physically, being poor in the burek-breaks and dealing with 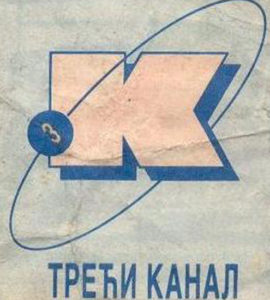 our personal dramas in the meantime, while we were trying to make sense, connect the dots and listen to “OK Computer.” I’m talking about real dramas. We didn’t have time for heartbreak.

It’s not really something to be proud of, but Murphy and his Law looked quite optimistic from our point of view.

At school, it was a time when we attended an educational program worthy of the Razzies and were infused with a daily dose of post-national Renaissance mixed with the stink of our feet. Afterward, we stood submissively, collectively hypnotized, in front of the TV and absorbed the info-tainment programs of 3 Kanal while trying hard to avoid Fox TV in Serbian. That was fun incorporated! 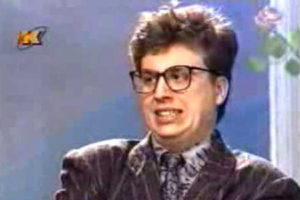 But it didn’t last long. Suddenly, one morning, we saw satellite dishes planted on all the balconies of our neighborhood. The new Turkish invasion of noisy and desperate characters from tragic soaps, followed by the gravely cold voice of the RTSH speaker and her colleague from PolSat. They became a new virtual family whom we didn’t need to feed. More drama? Definitely, that — and of course Bono Vox — was the last thing we needed.

Spoiled by everything we could do and nothing that we couldn’t; that’s how we slowly forgot and erased the stories from the decade that somehow shaped a whole generation of freedom partisans at the age when they envisioned it.

Back then, we didn’t envision freedom as an expendable subject. Those acne-faced believers were more creative in the quest of imagining freedom according to their needs — and not limits — and were more careful, but braver, about dreaming the perspectives.

They had to cope with real things while tying the ends; they had to follow the liberal Western lifestyle while being oppressed, and had to learn technology, science and arts from an improvised curriculum in improvised schools. Life was chaotic, just like these lines, but there was no other option than succeeding. It was a matter of time. It was becoming boring. 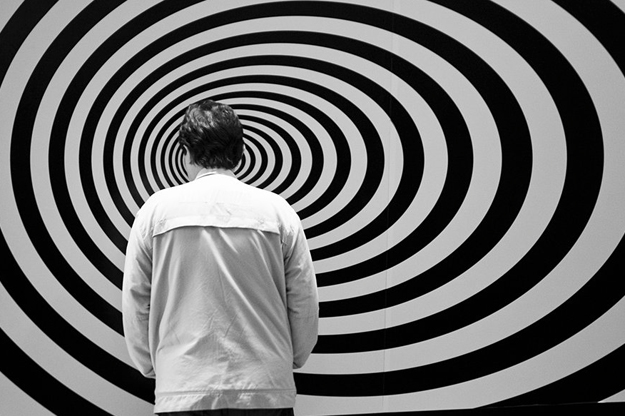 Shamelessly enough, we tried so hard to forget our hard days. We cried and laughed at the aftermath, but it was so bitterly funny — or rather darkly comic — looking back at the things we had to do to remain, think and talk reasonably while wanting to be part of the freedom-loving world and trying to broadcast our voices to the frequencies that mattered. Truly, like some heroes from a sewage system — teenage, mutants and ninjas, after everything we went through.

And in the end, well, everything ended. My ’90s ended wandering around Blace with tears in my eyes, Luckies in my pocket and a can of Eurocrem in my hands, looking for some answers.