Protest numbers are being fetishized

The obsession of judging initiatives by the number of people on the streets is damaging Kosovo’s citizen activism.

Everyone who has tried, at least once, to invite people to a demonstration, knows very well the feeling of supposed failure, when “not many” people answer their call. In the final days and hours before the demonstration, the debate revolves around numbers. Will they come? How many? Will the square be filled? What will we say to the media if the number of demonstrators is “small”? This is the brutal and unjust pressure that is put on initiators of civil activism in Kosovo. It reduces the whole idea of mobilization and action to numbers. This pressure is applied by different people, not only those in power, who turn into guardians that announce failed civil initiatives, based solely on the number of people that were physically present in the demonstration.

In the past few years, many good civil initiatives in Kosovo have faced these guardians of legitimacy, who have successfully managed to drown these initiatives in their early stages. The first question we need to ask ourselves is this: Are the requirements of a civil initiative delegitimized if “not many” people show up for the demonstration? And the second question that is interlinked with the first is this: What is the required number of demonstrators for a demonstration to be considered as a successful manifestation? Five thousand? Fifty thousand? What is it exactly? And above all, should such a quantification be necessary to evaluate civil manifestations, and moreover, to declare them failed or not, depending on the number of people on the streets?

Numbers are naturally important, but they are certainly not a determining factor for the success of a civil initiative. The number of people that go out to protest is not the main indicator or the determinant of the success of an initiative in relation to the materialization of the demands. There is empirical evidence that supports this. Analyses of civil movements around the world show that an important success factor for initiatives is consistency of actions, much more so than the number of demonstrators on the street. In short, the surest way to success is continuity, regardless of the number of people present in the demonstration. Moreover, demonstrations on the street are just one method of articulating demands, not an exclusive action. Many civil activism initiatives do not use the method of demonstrating on the streets.

The tendency to portray an initiative as being only a demonstration leads to a tendency to reduce a civil initiative to the number of demonstrators on the streets. And this reduction discourages a considerable number of initiatives in Kosovo. Unfortunately, a big part of these guardians of the legitimacy of initiatives have promoted the power narrative. It is a typical tactic of every government to quantify civil resistance with the number of demonstrators, so as to crush any expression of discontent. And within this tactic, the media are very loyal servants to the people in power. They nourish the number narrative in the most perfidious way possible. Note the famous and continuous declarations of power in Kosovo: “Demonstration is a democratic act and we respect the willpower of those 200-300 citizens that were out on the streets today.”

Despite many structural difficulties in Kosovo, and this brutal pressure by the guardians that declare these initiatives as failed, there are some cases of civil activism in Kosovo that prove that numbers aren’t everything. Here are some of them. 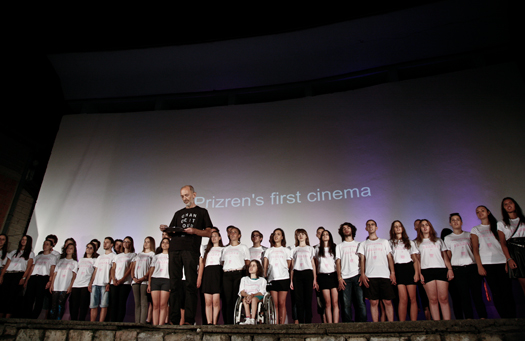 Kino Lumbardhi — the initiative started in 2008, after attempts by the Municipality of Prizren to destroy the cinema. The resistance to save the cinema continues to this day. During these eight years of resistance, many methods of action have been used, and demonstrating in the streets is not one of them. From methods of cultural activism (musical concerts, artistic performances) to legal actions, to local and international networking, the initiative for saving the cinema has produced many positive effects. Today this space is managed by the cultural community of the city and others, whereas the battle to remove the cinema from the privatization list is in its final stages. The cinema, based on the property status inherited by Yugoslav law, was considered to be a social enterprise by the state of Kosovo, and with Kosovo’s privatization law, it was to be treated just as other economic enterprises. Cultural spaces, such as cinemas, must not be treated as typical economic enterprises within the politics of privatization, as the market economy threatens artistic production if it is measured exclusively and only in terms of financial profit.

Rector Ibrahim Gashi — after evidence was published that the rector had published work in fake scientific journals in order to advance academically within the University of Prishtina, there were reactions from all sides. But what made the rector resign was something that was started by a small group of students. It all started with the occupation of the rectorate’s yard by around 50 students, who spent most of their time there singing. Their smart move to stay there for days, regardless of the number of demonstrators, was the key to success. What came later was a gradual increase of resistance, which eventually led to Rector Gashi’s resignation. The number of demonstrators was never big (according to the guardians’ definitions regarding the size of the demonstration based on numbers), but the consistency was an important factor in the materialization of the demands for the removal of the rector, who was accused of plagiarism. Rector Gashi’s resignation was the first step in the liberation of the University of Prishtina from political influence, and was proof that student resistance is the best way to secure the autonomy and quality of higher education in Kosovo. 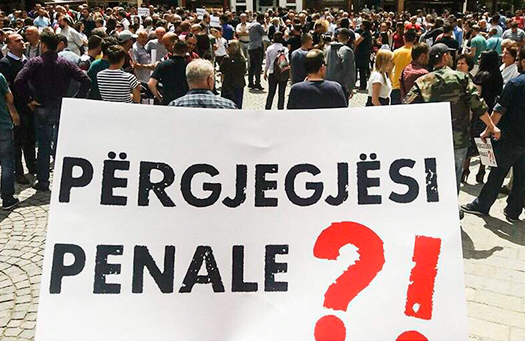 Xheneta — the death of 3-year-old Xheneta Gashi in June of this year as a result of the collapse of a historic house was the most tragic outcome of the state of Kosovo’s failure to preserve cultural heritage. Even though Xheneta payed the price of institutional irresponsibility with her life, only around 100 people showed up in the subsequent demonstration. And after this, everyone was quick to declare the civil initiative that seeked penal and moral responsibility as a failure. However, the resistance continued further with other methods and a few months after the tragedy, things have changed. The Prosecutor is preparing indictments for top state officials, and six municipal directors in Prizren have been dismissed. On the other hand, the family’s civil lawsuit is also a part of the initiative; the family has been supported by an advocacy firm on a voluntary basis. And last but not least, citizens showed their solidarity with the family by raising approximately 20,000 euros; a new house for the family has been built recently, where Xheneta’s mother and brother will live. 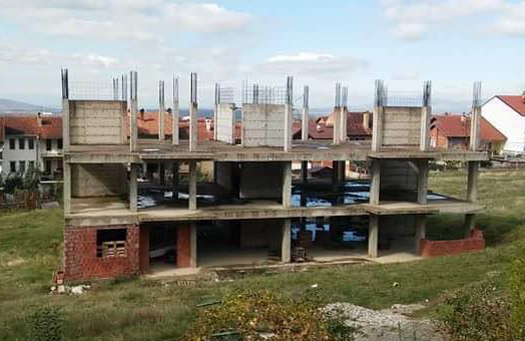 Dardania neighborhood — in 2010, when the Municipality of Prizren started the construction of community housing at the park in the Dardania neighborhood, residents opposed this action by claiming that the municipality had violated legal obligations regarding public consultation. The resistance by the residents was made through legal means, by utilizing all administrative and judicial tools. The case reached the Constitutional Court and the verdict was positive, with a judgement that obliged the municipality to restore the space in question to its earlier state as it was decided that there had been legal violations. This was a typical case of success by a civil initiative, without any demonstration or other form of going out onto the streets.

At the beginning of 2016, the political opposition in Kosovo organized two mass demonstrations in the streets, filling the main square in Prishtina to capacity with participating citizens. This initiative was against the Association of Serb-Majority Municipalities and the border demarcation process with Montenegro. In truth, it’s hard to find a big square in Kosovo, and the filling of the Prishtina square meant that it was the maximum number of people that could actually fit into the street. However, the government’s reflection on its role was close to non-existent, or worse; state leaders even used banal and provocative language as a reaction to the demonstration.

Nonetheless, today we are at a point where two processes are close to total failure. And this is all thanks to the consistency of actions that occurred in the period after the demonstrations. If the political opposition had been complacent regarding the number of demonstrators at the beginning of the year, the Association and demarcation processes, as political processes pursued by Kosovo’s government, would hardly have reached this level of delegitimization.

I want to believe that when they express their anger about the “small” number of demonstrators on the streets, these guardians of initiative legitimacy are in most cases speaking genuinely and expressing their concerns for the good of the initiatives. But maybe subconsciously, and acting upon spur of the moment impulses, they come to negative and discouraging conclusions and descriptions. As such, a significant contribution to the success of civil initiatives in Kosovo would be if this kind of anger transformed into a need to act, and I encourage these guardians to take concrete steps to help civil initiatives. Because we already face enough tyranny, and tactics of manipulating numbers, that serve to oppress the discontent expressed by civil initiatives.