A monologue on this side of the grave - Kosovo 2.0
Blogbox | Missing persons

A monologue on this side of the grave

It would seem that the Ancient Greek concept of destiny, moíra (μοίρα), had prepared her this future — because it would otherwise be difficult to believe. Only mythical Gods could project such universal suffering. This great suffering, this great drama, could only be played in Dionysus’ great theater.

However, such a drama — the scene of which is the heart of a woman who lost her family — is played at every moment, now and in all eternity. It isn’t the Gods that have decided her fate — it was the people who burned the fire of suffering and misery within her chest.

Man is the most cruel creature that I have encountered on Earth. In the eyes and heart of this woman, this phrase takes on truly absolute dimensions. Perhaps no one can understand better than her the extent of cruelty that a human can inflict upon another human.

Today, life is nothing but a burden for her, and loneliness is part of her everyday routine. Once upon a time, she was surrounded by her loved ones, whereas today she is plunged into emptiness, like the night that covers the prodigious sea.

Her house is so silent that you get the feeling that you might turn deaf from it.

It seems that in her spirit, besides the pain, this woman also carries with her the sins of all humanity, not only of the people who are no longer with us, but also the ones who have not yet been born.

Her spiritual journey follows two tracks that never meet: On one side is her pain and consolation, on the other is the wickedness of the others that knows no pain. In this context, if we were to paraphrase Heracles, we would say: The dead are together in the underworld, whereas the living are divided.

Her house is so silent that you get the feeling that you might turn deaf from it. She fanatically preserves her memories. She doesn’t let them become lost, doesn’t let anyone take them away, because she knows very well what it means to lose, especially to lose everything.

That is why a person who has lost everything doesn’t allow their memories to fade at any cost. The longing she feels for her husband and for her sons surpasses all imaginable limits, and the sorrow slowly knits the net of desperation. 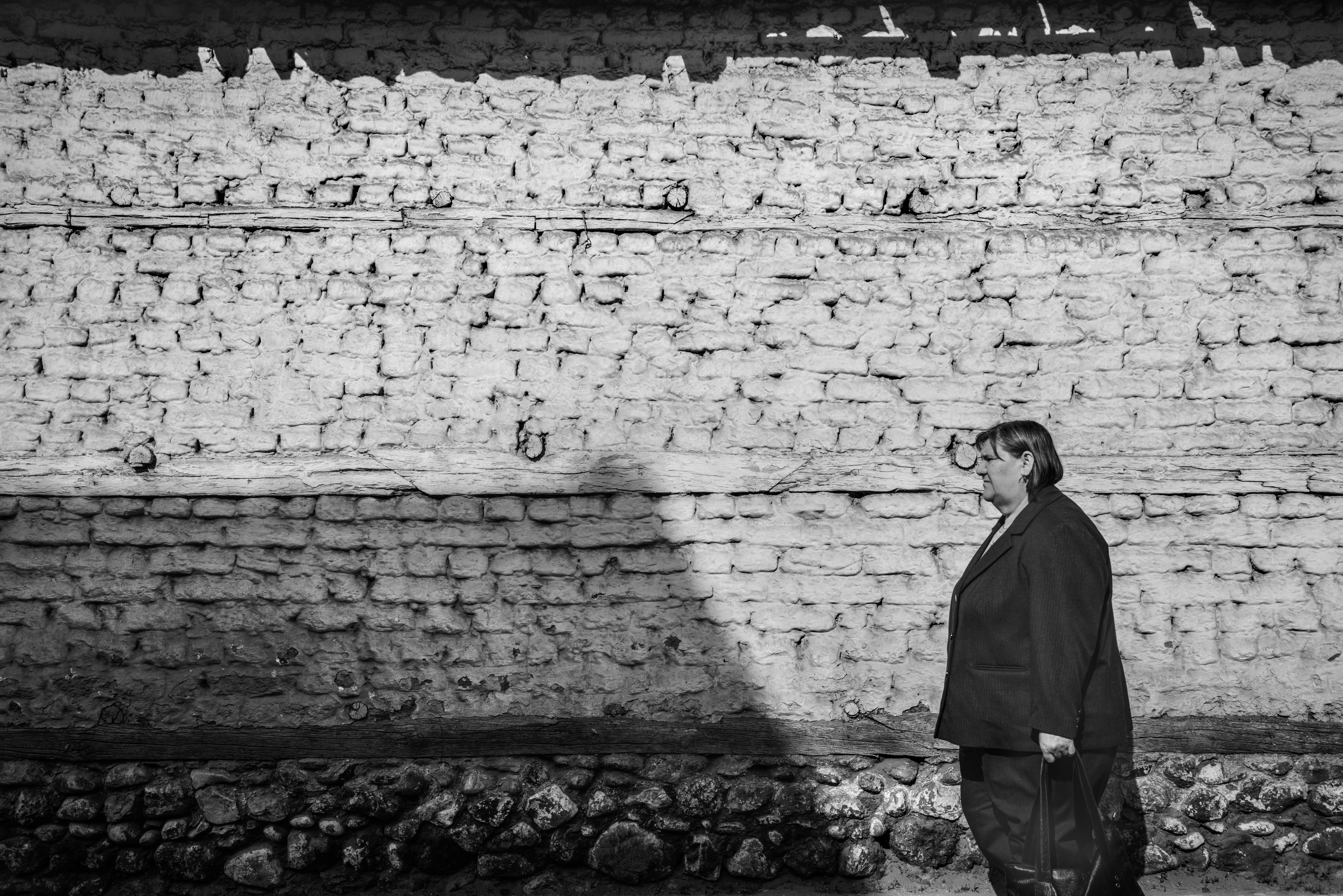 The film covers 24 hours of this woman’s life. The rhythm of her life leads in the opposite direction than the rhythm of the society that she is a part of. While Kosovar society leaps toward the future, Ferdonija digs into the past, because that’s where her life is, those are her happy days. Whereas in the present… her last 20 years have been filled with nothing but pain, loneliness and waiting.

As she has done many times over the past two decades, in the documentary she once again recalls the events of the evening of March 27, 1999, when Serbian police forces abducted her husband and sons in front of her eyes. After experiencing the joy and hardship of raising four children, on a night with no moonlight they were taken away from her, never to return again.

Ferdonije still relives that night to this day. That night is endless for her. The moment that her loved ones were taken from her has remained eternal for her.

A touching moment in the film is when Ferdonije visits their graves. There are five graves. In two of them lie the mortal remains of Artan, her oldest son, and Edmond, her youngest. The other three are empty — but not as empty as Ferdonije’s life.

Her monologue at the graveyard is a moment of misery. It conjures aversion and even nausea, as it makes you think about how inhumane humans can be. When you see this woman next to these graves, you feel sorry for yourself simply for being human. This is what other people did to this woman.

On the other hand, there is also what we did to her. To understand how we behave toward her, you only need to hear the moment at which Ferdonije addresses her deceased husband, Halim. She tells him about how his brothers behaved towards her: “Your brothers have completely cut me off. For that land… They divided the land and left me on the street.”

These few words of a broken-hearted woman perfectly describe what has been embedded in our society for generations. It describes such a spiritual poverty that, even when we are faced with such great sorrow, the ones we know and regard as relatives open up another grave and kill the deceased once again.

We throw out the mother of four children — that she no longer has — on the street, like a rag. When there is land up for grabs, we don’t care that the woman has been left with nothing. Ferdonije’s words expose us as a society.

Through the film, director Bajri has exposed a painful and bitter truth, one that the societies of Kosovo, the Balkans and Europe do not want to see or hear.

She speaks to her husband next to an empty grave. It exposes us, leaves us morally naked. As a society, we are living corpses that linger in this gigantic grave. What will we say to ourselves and others? Perhaps it would be good if we apologized to this mother (and through her, to all mothers) for what we’ve done, even if we haven’t done anything.

Perhaps she has someone to speak to, but what do we have to express? Ferdonije Qerkezi lives alone, longing for her loved ones that were taken from her by the war, while we live in the absence of our conscience and in the loneliness of the abundance that came along with freedom.

Through the film, director Bajri has exposed a painful and bitter truth, one that the societies of Kosovo, the Balkans and Europe do not want to see or hear. This documentary film is more than a film. It is the life of a woman. Its 30 minutes will never end for us and humanity. It is the drama of a woman that exposes the lacking conscience of humans.

This blog was originally published on sbunker.net and has been republished here with permission.