A place to express, with Kissmet - Kosovo 2.0
Lately | Culture

A place to express, with Kissmet

The climate emergency and its global threat have been prominent topics pushed to the top of the political agenda by citizens and grassroots organizations in recent times. In Kosovo, the latest edition of Prishtina’s newest magazine, Kissmet, is also addressing this burning issue.

Kissmet was first published in February this year as part of an initiative by Termokiss, the community focused around a former abandoned building, part-owned by the Municipality of Prishtina, that has been completely revitalized to become an open space for everyone.

“When we revitalized the space, it was not certain that it would be done — we weren’t sure whether or not the Municipality would give it to us,” says Eljesa Beka, one of the organizers at Termokiss and editor-in-chief of the magazine.

“But we would say, ‘It will happen with kismet,’” she adds, referring to the phrase that refers to fate or destiny. “And it did!”

The magazine deals with different topics for every issue; the first edition was dedicated to the first generation of Termokiss, its community members and active citizenship, while the second focused on connecting people with the community. In a timely third edition, which is due to be published this month, the content is dedicated to global warming, the lack of initiatives to tackle it and the mistreatment of nature. 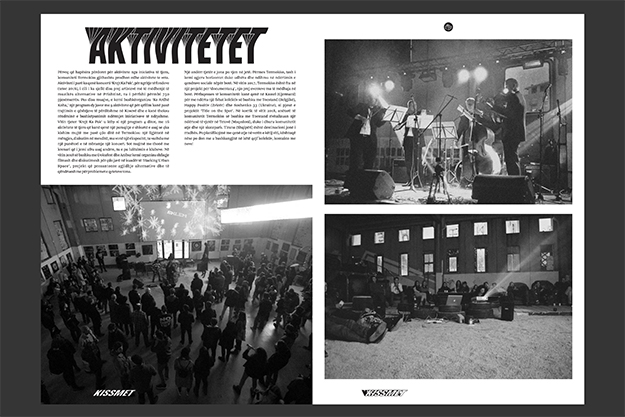 In an environmental move of their own to save paper, Kissmet is now solely online, having initially also been envisioned as a printed magazine. “Everyone has access online, so there’s no need to have it printed,” Beka says.

The 40-page magazine’s objective is a continuation of Termokiss’s overall philosophy: To provide space for expression. To date, this has been done through a wide variety of initiatives, from concerts and jamming sessions to movie nights, chess clubs and discussions on mental health.

Through Kissmet, the creators look to extend this through poetry, prose and any other texts that people wish to write. It’s also seen as an opportunity to expand the Termokiss community, informing people about their activities and inviting people to come together to be united by common interests and cultural and charity initiatives.

“Perhaps you can find it on the internet, but not in Albanian.”

Even though the idea for Kissmet had been conceived months before, it finally came to fruition earlier this year after Termokiss adjusted its financial model and started to receive support for a project from the Ministry of Innovation. In addition to the magazine, the project is also paving the way for interactive speeches, handicrafts, new clubs, innovative trainings for volunteers and many other activities.

“We had had the idea of the magazine for quite a while, but the project gave it a boost,” Beka says. “After the project ends [in June], the magazine will continue to operate, with the objective of fulfilling the requirements of the community and including things that we need to read about.”

Part of that means including topics, such as the environment, that may be written about widely elsewhere but that find minimal coverage in the Albanian language. “Perhaps you can find it on the internet, but not in Albanian,” Beka says. “The idea is that it is going to be in Albanian.”

In addition to poetry and prose, Kissmet also includes researched pieces by various contributors who have looked into a topic online and have translated their findings into Albanian. 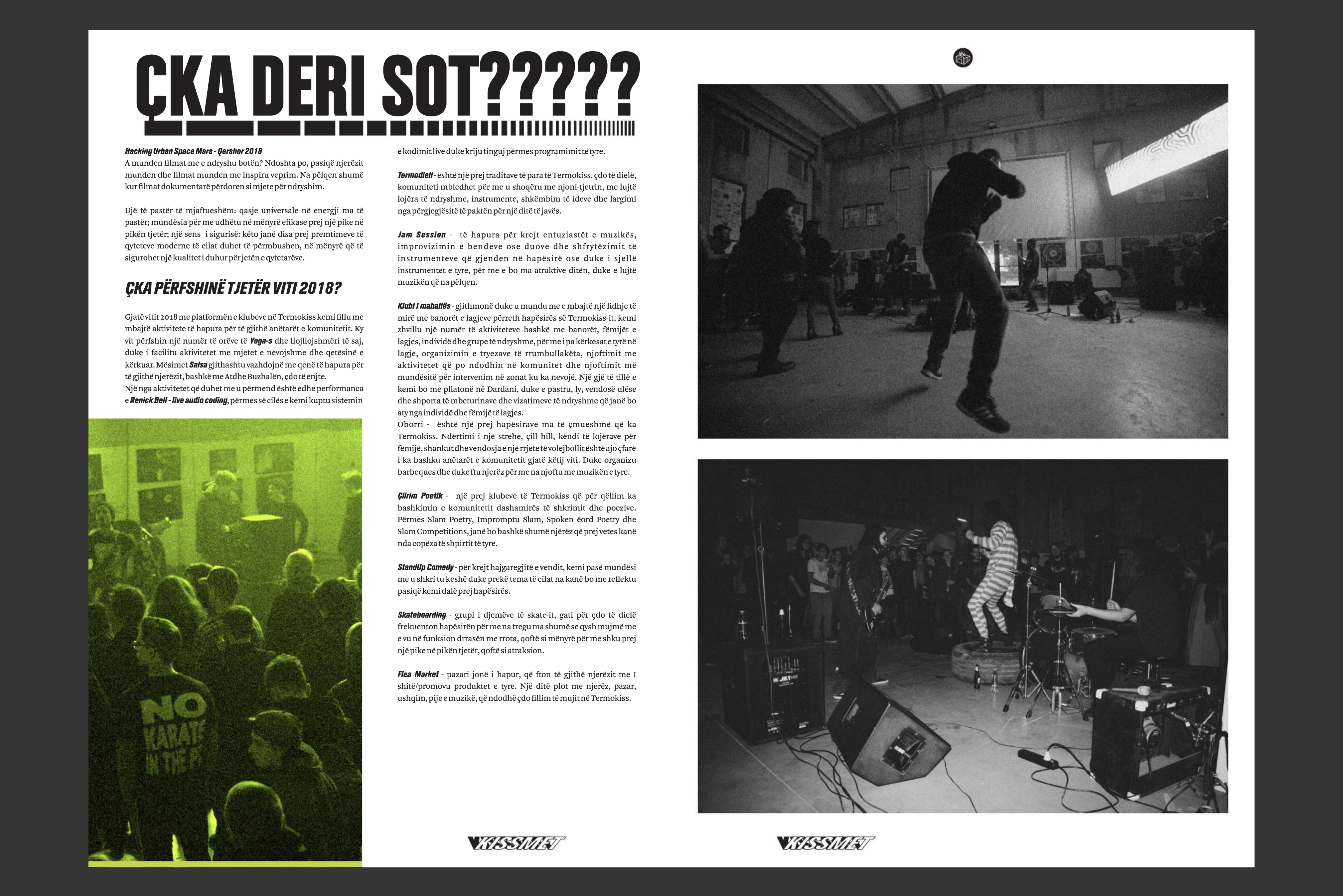 In order to get content, an open call for written pieces is posted on social media and is open to everyone.

“Each month there will be new topics,” Beka says, explaining that they are intending to publish roughly once per month. “The content will be updated and people can write about whatever is interesting to them.”

However, she emphasizes that the content produced must be “very objective.”

“We cannot take sides politically if we are not writing with facts,” she says. “In the first issue we included all the pieces that we received. But [for subsequent editions] people also wrote about politics in a biased way, and we cannot include these pieces.”

“He has been working with us from the beginning,” she says. “Xaxi is part of the first generation of Termokiss, and he knows all about the Termokiss philosophy.”

The opportunities that Kissmet gives for free expression have been embraced by University of Prishtina student Iliria Kajdomqaj, whose poems  “Mol” and “Fërfëllitje” were published in the second issue of Kissmet. “It is substantial and provides a great platform for people who write,” she says.

"The warmth of Kissmet makes you feel as though the written pieces and art pieces in general have found their home.”

Kajdomqaj writes about issues including daily life, social stratification, human rights, feelings, freedom, divergences, the air and time. “Inspiration is spontaneous and unlimited: from Kepler to the colonies of termites,” she says.

For the philosophy student, Termokiss has by now been affirmed as a space for everyone and she believes that Kissmet has the same potential to provide space for people to share ideas and find commonality with others. “Besides providing information, it also serves as a space that enables our small pieces to be enlarged by the magazine, so that people might find themselves in them,” she says.

The 24-year-old has been participating in Termokiss activities since last year and says that Termokiss and its activities such as Kissmet have helped to give the city of Prishtina a socio-cultural spirit. “Without a doubt, the warmth of Termokiss/Kissmet makes you feel as though the written pieces and art pieces in general have found their home,” she says.

Beka is optimistic that if there is the will and people, such as Kajdomqaj, who want to write then the Kissmet platform can have a long and bright future.

“It’s an open platform for all people, students, writers,” she says. “They simply need to write to us.”K