Kosovo’s MFA needs to up its game.

Traveling is my passion. My friends already know that I always have a “next country” in my mind or my plans. I have visited 27 countries until now; some of them for work, but most of them to explore, learn, enhance my understanding, and feel the diversity of the world. I have certainly experienced various minor incidents, delays or strange looks toward me when officials at passport control have noticed my Kosovo passport. However, in my trip to Thailand I experienced something new and, to some extent, frightening.

After a two-week holiday in Thailand, over the course of which I “taught” the history and geography of Kosovo and the region to people from different countries that I met, I was ready to come back home. The return was made easier by a long layover in the United Arab Emirates, during which I planned to visit Dubai’s Burj Khalifa, the tallest building in the world.

During those two weeks, I had regularly faced various reactions to the answer, “I’m from Kosovo,” having been asked the question, “Where are you from?” One of the most special (read: strange) reactions was “let me see how you look, because you’re the first person I’ve met from Kosovo.” Other reactions included follow-up questions like: “Where is Kosovo?” “Is it in Russia?” “Do you speak Russian?” One of the people I met even asked me whether Kosovo is in Africa. 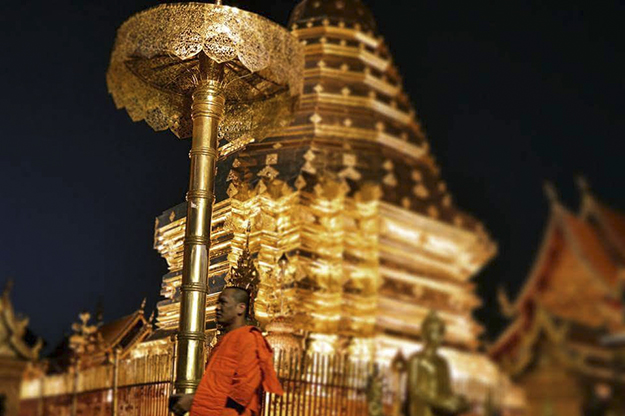 In cases where people knew a bit about Kosovo, it was generally from the last war, and their question was: “Is it safe?” I responded by letting them know that Kosovo is one of the safest countries in the region, and that if they were referring to the war, that had happened 18 years ago and now almost everything is back to normal. Nevertheless, I don’t blame those people for not knowing the whereabouts of Kosovo, because, after all, which one of us knows what is currently happening in Niger, for example?

In one case, when I was exchanging money in a bank in Phuket (a city in the south of Thailand), the bank employee couldn’t find Kosovo in their system, and even after her superior or colleague came forward to help they were unsuccessful. They didn’t know what to do, and out of embarrassment strained smiles crossed their faces.

I decided to let the incident at the bank go, so I could enjoy the remaining time in wonderful Thailand as much as possible. Thailand is one of the places I would go back to and there are so many things and places to see. Two weeks was not enough and the issues I faced were minor problems, very insignificant within the overall experience. 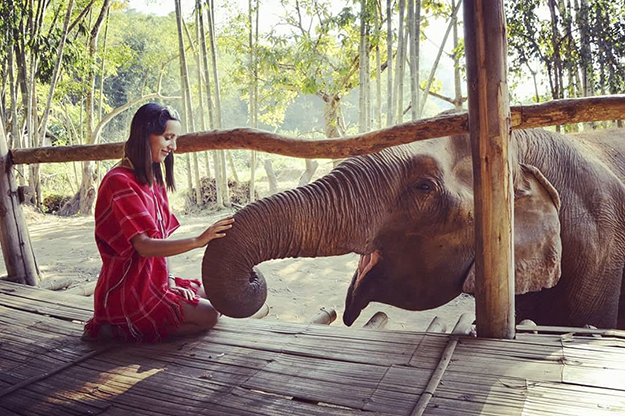 However, the time to fly back came and my flight was early in the morning. Since the airline I was flying with didn’t have Kosovo in their list of countries, I couldn’t check in online and I had to get to the airport earlier. I was convinced that everything would go well since I was simply reversing the route from my outward journey (Bangkok — Abu Dhabi — Belgrade) and all the necessary documents were valid (passport with visa, a visa for the United Arab Emirates, as well as my national ID and the “entry-exit paper” that citizens of Kosovo obtain upon entry to Serbia).

While I was checking in at the company window, I noticed that the employee was flipping my passport pages as if looking for something, talking with someone continuously by phone, and was hesitating to issue me the boarding passes. I asked her whether everything was OK and she said she was looking for the Serbian visa, and that without a Serbian visa I wouldn’t be able to travel back.

I explained to her that Kosovo citizens need neither a visa nor passport to enter Serbia, but she wouldn’t listen. Meanwhile, another employee came to the window just to repeat how I needed to have a Serbian visa, a Schengen visa or a U.K. visa, otherwise I wouldn’t be allowed to travel. I explained to the other employee as well that citizens of Kosovo can enter Serbia with only an ID; I even showed my ID and the “entry-exit paper” to her and added that the two countries, Kosovo and Serbia, have a mutual agreement and that if I’d needed to have a Serbian visa, I would have gotten it for my outbound flight to Thailand.

Neither of them was convinced and continued to insist that they were right, but they would allow me to travel since I had a U.K. visa! I repeated that I don’t need a visa, or even my passport, to travel to Serbia and that the company needs to update its data and to add Kosovo to the list of countries so that Kosovo citizens can travel without such unnecessary problems in the future.

The MFA should be more cautious in the information that it provides, because it might cause problems for Kosovar citizens.

After I got the boarding passes and passed passport control, I searched for information on the diplomatic relations between Kosovo and Thailand, only to find out that Thailand has recognized my country since November 2013. However, little has been done until now in further developing these relations. In May 2016, a deepening of relations between the two countries was mentioned, but it doesn’t seem that anything has happened up to now.

Even if it has, the webpage of the Ministry of Foreign Affairs (MFA) has not been updated with the latest data, and in many cases this ends up misinforming Kosovo citizens. For example, it states that Kosovar citizens can obtain a visa to India from the Indian Embassy in Belgrade, which is false as only those possessing a Serbian passport can use this service. Even if Kosovar citizens with a Kosovo passport could obtain a visa to India, the link that the MFA provides doesn’t redirect citizens to the webpage of the Indian Embassy, but to a page that appears to be someone’s blog… in Japanese! But by no means to the website of Indian Embassy.

Another example is the name of Latvia (Letoni in Albanian), which appears as ‘Latvi’ in the MFA webpage. It seems as though they don’t even bother to check how to properly spell a country’s name in our own language. 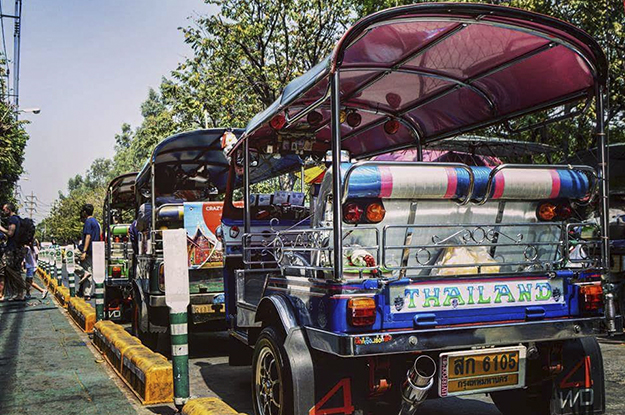 This lack of diplomacy, or discontinuation of initiated bilateral relations, from the MFA hampers the free movement of Kosovar citizens and can often put us in unfavourable situations. It makes us feel unwanted guests for whom no one is accountable, leaving everyone to just kick us around.

The MFA should complete and maintain relations that have been initiated with the countries that have recognized us because the process doesn’t end with recognition itself. The case with Suriname reportedly withdrawing its recognition, whether this is true or simply a political game being played by Serbia, should make the MFA re-double their efforts. Further development of these relations, as well as dissemination of information to the institutions where Kosovo citizens can receive services while abroad, should be carried out by the MFA systematically.

I urge the Ministry of Foreign Affairs to undertake measures to truly deepen bilateral relations, not only with Thailand, but with all countries, to ensure that Kosovar citizens enjoy dignified and equal treatment in the same way that foreign citizens are treated when in Kosovo. As individuals, we can impact these relations only to a limited extent. But responsibility falls upon the governmental institution that is paid by citizens’ taxes to carry out these tasks and that should be held to account.