Anibar explores sex and the body without taboos

A total of 220 films were screened last week in Peja as part of the annual Anibar animation festival. The theme of this year’s festival was 50/50, with gender equality, sexual fluidity, and increased representation outside heteronormativity all highlighted through this year’s program.

For Petrit Gora, the artistic director of Anibar, the topic came as a logical step to make sure the animation industry in Kosovo grows healthily from its initial stages. “When you look at the number of students in animation there are approximately the same amount of women and men, but in the [global] industry, around 70 percent of professionals are male,” says Gora. “Kosovo is in the very beginning of animation production, so we wanted to have a 50/50 industry from the beginning — not create an unequal industry and deal with the problem later.”

The panel discussions, master classes, special programs and films in competition at the festival notably reflected the theme, ensuring it didn’t remain a simple title. One of the most remarkable screening programs in the festival was titled “The Vision of Woman about Sex in Animation,” curated by French distributor Luce Grosjean. 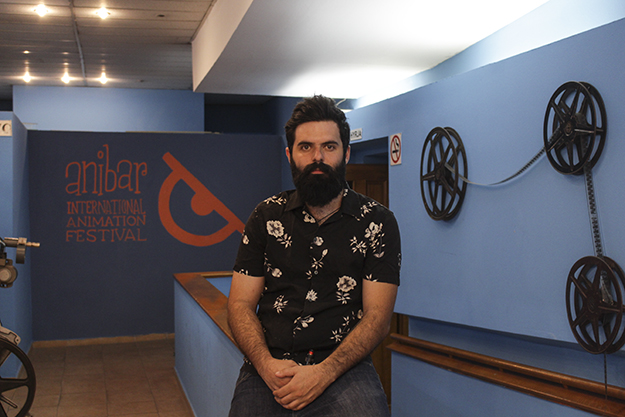 Funnily enough, a few viewers left the Jusuf Gervalla cinema before the program was completed. Perhaps they were late for a date, though images of group sex, interracial sex, lesbian sex featuring pregnant women, animal sex (between a fish and an octopus), and other thought-provoking sexual experiences were all run through the projector during this special selection on sexuality, that Gora described as one of the best ever programs in the history of Anibar.

Among the films screened was the Canadian short “Le Clitoris,” a very educational and informative work on the life and insights of the titular female part of the body, which was directed by Lori Malépart-Traversy and has received worldwide acclaim. “Pussy,” a student film directed by Polish director Renata Gasiorowska, which was cheerfully applauded by the audience, sees a girl pleasuring herself all night until her hairy pussy takes on a life of its own.

To play with the audience’s patience and humor, “Mom’s on Fire” broke all sorts of boundaries, with its depiction of two pregnant mothers who dream of a sexual affair together while high on cocaine. Laughter and screams of “oooh noo” echoed around the revitalized Jusuf Gervalla cinema.

Curator Grosjean explains that the rationale behind the choice of screenings was to help provide a broader scope for young people’s sexual imaginations. “If you’re Googling ‘sex’ you will find a lot of pornography — it’s really easy, and everyone can find it,” she tells K2.0. “The idea was mostly to show that there are multiple and great diversities and a lot of things that we don’t know about sex, even if we are surrounded by sex everywhere.”

In her presentation of the program, Grosjean recalled how her first introduction to sex was through comics — mostly made by men. In schools across France, she says, information on the clitoris was only introduced to the national curriculum in 2016. “I realized that [even] as an adult I didn’t find something that was related to my life,” she tells K2.0. “It was mostly male driven and I thought that we also have to reference how women work. I think now there are also things done by men with a different vision — but it’s still too few.”

To change that reality Grosjean’s work has focused on increasing the representation of women animators in the industry. Three years ago, she started the platform Sex by Girls, a Tumblr page referencing works by women in this field that now continues its activity on Facebook. Through her distribution she plans to spread across the world films that show this more rare glimpse of sexuality — those through women’s eyes. She hopes that teachers can also freely introduce some of these works into the classroom to initiate discussions. 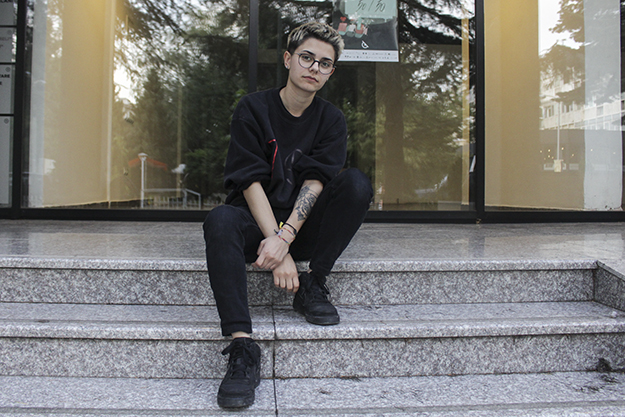 Qendresa Ramqaj, a 19 year-old visitor to the festival, says that sexuality is intentionally avoided as a theme within schools. Photo: Cristina Marí / K2.0.

Among one of the visitors of the festival was 19 year-old student, Qendresa Ramqaj, who attended the screening of Grosjean’s selection. “It’s good to see people watching lesbian sex and see that they are enjoying it in some way,” she says. Ramqaj is an aficionado of festivals, and feels that it is rare for these kind of films to be screened in Kosovo if they aren’t brought to events like Anibar.

She also believes that sexual education is extremely limited in the educational space. “In our philosophy class there were 10 pages in the book about women’s sexuality and the teacher skipped that part,” Ramqaj says, commenting positively on the informative side of the films included in the program, especially those dedicated to exploring the clitoris, and other parts of the body dedicated to the sexual experience.

Regardless, with the 50/50 theme, Anibar has given a space to younger generations of creators that don’t position themselves anymore within the tight, narrow-minded, borders of heteronormativity. Lana Tankosa Nikolic, educational coordinator at The Animation Workshop (a renowned animation institution in Denmark) and one of the judges at this year’s festival, says it is this upcoming generation that is pushing for these changes.

“I don’t think that we as educators or through the curriculum are pushing a gender equality agenda,” says Tankosa Nikolic, “but we see much more interest in LGBT issues, and we also have a lot of students that don’t accept being categorized into a gender – they want to be seen as genderless, so there is a lot of consciousness among young people that doesn’t come from us. It comes from them.” 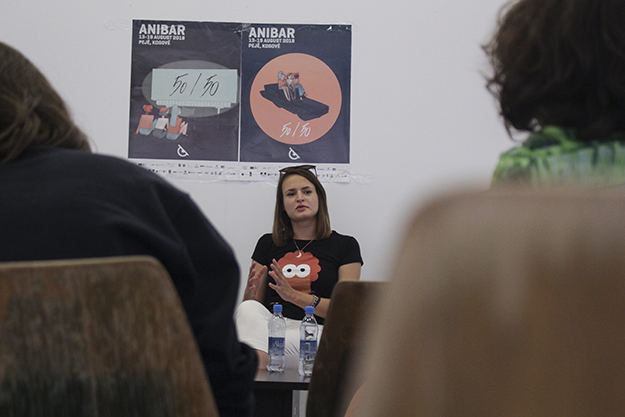 The 50/50 theme was mainly reflected in the films produced by international directors. In the local production field, as Anibar’s artistic director, Gora, puts it, there are still too few women who get the opportunity to grow their projects as directors, a position mostly reserved for the male gender in the industry worldwide.

However, one of the rare young woman animators in Kosovo is Hana Arapi who hopes to influence representation within films as well as in the director’s chair.

Arapi participated in the discussion “Challenging gender stereotypes through animations,” where she revealed that after an experience in a summer school with children, she realized that the youngest were strictly following gender stereotypes: when creating characters in their drawings, they pictured girls in pink and boys in blue, for example.

In response, Arapi has co-created a project called Simetri precisely to challenge gender stereotypes through stop motions oriented towards youngsters and children. “I believe with this we can start to do something good,” she says.

This year’s Anibar has definitely challenged the audience to think differently in terms of sexual diversity and representation, not only by being explicit but also by giving more space to women’s voices in the industry. Two stories of women took home some of the main awards: Carlotta’s Face, by Valentin Riedl and Frédéric Schuld, was the winner of the International Competition; and Untravel, by Ana Nedelkovic and Nikola Majdak Jr., took the award in the Balkan competition.