Battling back against narratives of prejudice - Kosovo 2.0
In-depth | Human Rights

Battling back against narratives of prejudice

In 2013, a story broke in Dagens Nyheter, a daily Swedish newspaper. The police force in Scania (the southernmost province of Sweden) had established a controversial criminal register of over 4,700 people, mainly of Roma origin. The database contained personal data, including family relationships, addresses and social security numbers.

The police claimed that the registry was based solely on fighting crime, but the register included around 1,000 children, deceased persons and many others living in different parts of Sweden from where the register was originally created. Many of those registered had never been suspected of a crime. The only thing uniting them was their Roma ethnicity.

One of them was Fred Taikon, a chairman of the Roma organization, E Romani Glinda (The Roma Mirror). “I was like, ‘bloody hell children cannot be criminals,’” Taikon tells K2.0. “So we started to investigate more and more.”

Represented by Civil Rights Defenders, Taikon, together with 10 other Roma, including a family with children, sued the Swedish state in order to get the issue of ethnic discrimination tried in Court. Two courts, the Stockholm District Court and the Svea Court of Appeal, ruled that the Swedish State was guilty of ethnic discrimination for registering several thousand Roma individuals in the much-criticized database. The state was ordered to pay 30,000 Swedish Krona (around 3,000 euros) in damages to each of the 11 Roma individuals. 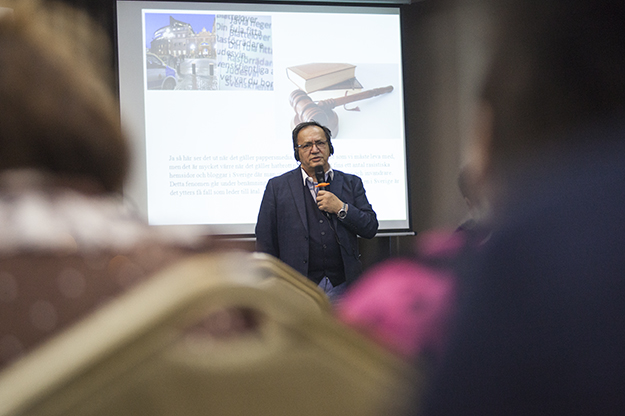 Fred Taikon told his story of taking on prejudice in the courts at the Roma Regional Summit in Prishtina last month. Photo: Majlinda Hoxha / K2.0.

“The government has great ambitions to create better conditions for the Roma. But then another part of the state makes mistakes by registering Roma in this way,” Taikon told a press conference after the verdict. “A new dialogue between Roma and the police needs to be established.”

Taikon told his story in front of Kosovar Roma activists and the rest of the assembled audience at the Regional Roma Summit, organized by Civil Rights Defenders last month. “I was nearly ashamed to speak about our problems in Sweden when we know how the problems are here,” he says.

Despite being a victim of racial discrimination himself, he considers that lives of Roma in countries such as Romania, Bulgaria and other Balkan states are still in a very vulnerable position.

“The situation is very bad for the Roma in Romania. Just as in Sweden 75 years ago,” he says. “But in Sweden now, it can be very expensive to discriminate.”

He recalls a case from many years ago when a Roma family tried to enter the swimming pool. As the Roma woman was wearing a traditional Roma dress, they were refused access.

Taikon credits Sweden’s then ombudsperson for pushing the idea that discrimination should have to cost, and hit people in their pockets. “The swimming pool had to pay compensation to the family,” he explains. “We have been living in a democratic country for a long time and it’s so much easier for us to work than in a country such as Russia, Romania or the rest of eastern Europe, that had conflicts and wars in the last decades.”

Taikon has taken the dissemination of different Roma experiences through storytelling as his mission in life. E Romani Glinda, the organization he runs has been publishing children’s books in two languages, Romani and Swedish. “We do this, because when libraries are looking for titles they are looking for Swedish titles all the time,” he says.

The Roma people are the largest minority in Europe  — it is estimated that up 15 million live on the continent — but their presence is lacking in school books. In fact, many critics and scholars have criticized the fictional depictions of the Roma as having romanticized narratives with characters possessing the supposed mystical powers of fortune telling, and wanderers with habits of criminality. It has been argued such depictions reinforce negative perceptions about the Roma.

In order to counter these old narratives, Taikon has been published many children’s books based on real life stories.

Memories of Taikon’s childhood are captured captured in one of the books; flicking through the pages one can see Taikon as a child playing under the bridge with other kids, or him driving around in his and his cousin’s cars, and his parents taking him to the hospital after his cousin hit him in the head.

Another book (Adriana’s Choice) follows a Roma girl named Adriana from childhood to adulthood, on her path to independence. Adriana’s struggle to define her identity as both Roma and Swedish is based on events in real life. 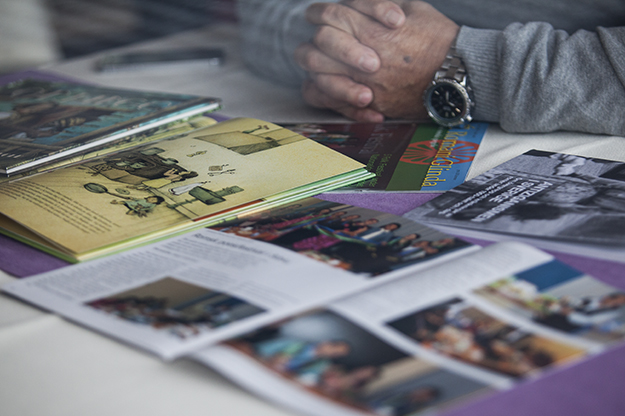 Through both his magazine and children’s books, Taikon attempts to provide new representations of Roma culture. Photo: Majlinda Hoxha / K2.0.

“You have to start from the children. I go out and meet families in their home and have books with me in order to make children understand what they are reading,” he says. “The children might know what they read but might not understand all the characters.”

All stories published by E Romani Glinda tell everyday stories and struggles reflecting the reality of Roma people and events that followed the Roma in Sweden and Europe over different times in history. Taikon is also the editor in chief of the magazine with the same name that attempts to shed light on Roma and other minority cultures, such as that of the Sami people, who according to him remain invisible in the Swedish mainstream media.

Taikon says that while the media in Sweden are careful to not fuel the negative representation of the Roma, they do not necessarily help their visibility either. He takes the annual Cultural Festival organized by E Romani Glinda as an example. The festival, held in a park in Stockholm, that promotes Roma and other minority cultures sees no journalists from the mainstream media.

“So now discrimination has become quite expensive. That’s why the media don’t do anything because it is stupid to pay for something that you could look into in another way,” he says.

Taikon also believes that media outlets in south-eastern European countries have failed to correctly represent the discrimination against Roma, but could be one of the most useful tools for fighting prejudice. “If they are right wing or left wing, the media have the biggest and highest power,” he says. “They are the most powerful.”

However, this power is not always being used to aid the Roma cause. Media outlets throughout Europe have often been criticized for their representation of the Roma. Media content is often narrowed to oversimplification of the truth, lacking context, and with a focus on negative stereotypes. The story of ‘Maria,’ a young blonde girl, in 2013 was maybe one of the most famous examples in recent years, which saw the media vilifying the Roma community.

When Greek police saw a blond, blue-eyed girl while raiding a Roma settlement at a Roma camp in Farsala in northern Greece, it triggered a narrative fed by long-held stereotypes: that of the Roma kidnapping ‘white’ children. Maria was taken away from her family and the parents were arrested while the police continued the search for other ‘white’ children possibly ‘kidnapped’ by the Roma.

The media were quick to reach conclusions about the case. “Here was a small blond girl, “alone among Gypsies,” a Greek tabloid wrote, der Spiegel reported. While the UK’s Daily Mail published speculation on the Roma potentially selling ‘Maria,’ claiming that “her pale skin, near-white hair and blue eyes would have made her a ‘prize bride’ among the gipsy community.” 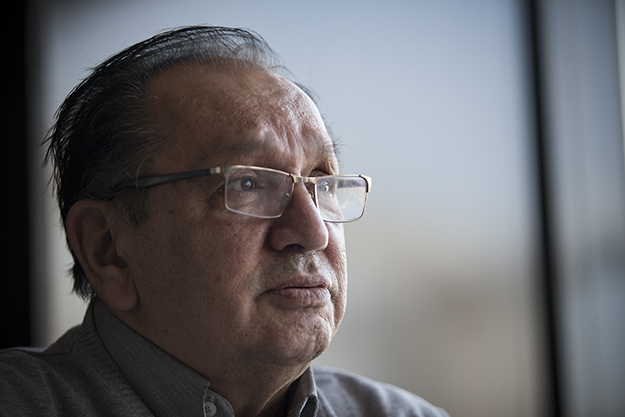 Taikon worries that in the current media climate, even more negative perceptions and false allegations against the Roma community can be made. Photo: Majlinda Hoxha / K2.0.

Later it was revealed that a Bulgarian Roma woman had given her to them because she was unable to raise the child herself, and the Greek couple was freed of charges. In response to the coverage, the Council of Europe Commissioner for Human Rights declared that “demonising a group of people through the media can lead to nefarious political and societal consequences. It is necessary that the media use their power of forging public opinion more responsibly when it comes to portraying minorities in general and the Roma in particular.”

Regardless of the Greek couple being freed, the narrative spread in the media at the outset of the case can remain. As Taikon points out, this is happening even more in the current media climate: “What is written about Roma, people think it is true,” he says. “And you can’t get deeper because you are reading it, and then you put the paper on one side and you don’t look for whether it’s true or not.”