How to turn the Kosovo Security Force into Kosovo’s Army?

With 17 days left until voting day, election fever is in full swing. Hyperbole and ambitious promises dominate the discourse, with 24-hour news coverage jumping from interview to interview, and topic to topic.

One of the crucial issues that will face Kosovo’s Assembly in the next parliamentary term is the transformation of the Kosovo Security Force (KSF) into Kosovo’s army. To form the army, constitutional changes must be passed, which require two thirds of all votes in the Assembly, including a majority vote from the 20 seats reserved for deputies from Kosovo’s minority communities, only achievable with support from Kosovar Serb deputies.

The only attempt to make such amendments to the constitution through the Assembly came in 2014. The session established for the vote was boycotted by representatives from Serb List. Without Serb List’s support, the PDK-AKR coalition government failed to secure the number of deputies required in the parliament to make the vote legally binding, and the motion failed.

In February 2017, against a backdrop of heightened tensions with Serbia, AAK tabled a resolution in the Assembly suggesting the development of a strategy to help transform the KSF into Kosovo’s army. The resolution was adopted, with all parties in the Assembly voting in favor except Serb List, who again boycotted the session. The resolution authorized the government to co-ordinate and put to the Assembly a strategy on the transformation of the KSF, but no steps to do so were subsequently taken.

On March 7, 2017, President and former PDK leader, Hashim Thaci submitted a draft law to the Assembly, with which he aimed to increase the capacities of the KSF, which currently has 2,500 active soldiers, as well as strengthening its mission. Thaci, who seems intent on being the man credited with creating Kosovo’s army, was attempting to bypass the required constitutional changes, a plan of action criticised by Kosovo’s international partners in the United States and NATO. The draft law was never voted on in the Assembly.

Where has this left the parties thinking in regard to the establishment of the army? Do they have a concrete plan to convince Serb representatives in the parliament? What is their position on Thaci’s draft? K2.0 analyzed the political programs of the main parties and asked them both how, and when, they plan to form Kosovo’s Army. 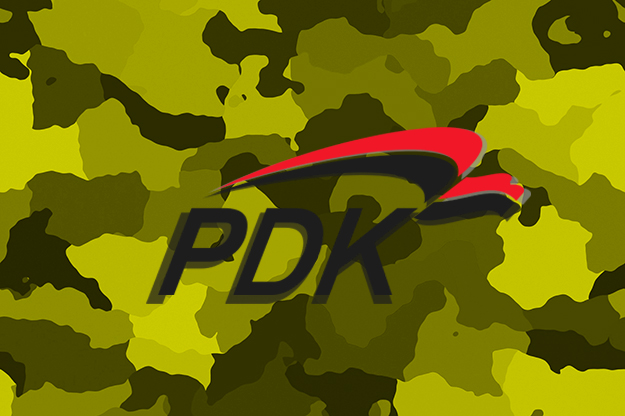 PDK’s 2014-18 election program, “the New Mission,” seemed to take the formation of the Kosovo army as a foregone conclusion, with numerous references to ‘Kosovo’s armed forces’ and ‘Kosovo’s new force’ in its ‘vision for the coming mandate,’ and their upcoming priorities section of the chapter on security.

After the PDK-led government’s motion failed in 2014, PDK’s then Foreign Minister and Deputy Prime Minister Hashim Thaci promised in April 2015 that Kosovo’s army would be formed that year, though no further attempts to amend the constitution were forthcoming from the PDK-LDK coalition. Thaci left PDK when becoming president in 2016, and proposed his draft law to the assembly in March 2017.

PDK gave unequivocal support to its founders plans, despite the reservations from the international community. On March 7, former PDK Minister for the Kosovo Security Forces, Agim Ceku, stated to a press conference that PDK gives its strong and unreserved support to the initiative of president Thaci to change the mission, role, duties and organisation of the KSF.

PDK are currently in the process of creating a joint platform with pre-election coalition partners AAK and Nisma, both of whom have also offered support to Thaci’s draft law. K2.0 got in touch with PDK’s press coordinator Blerand Stavileci to enquire as to how the party would attempt to transform the KSF into the army, and the steps they would take to convince Serb List of the merits of this plan. We received no response. 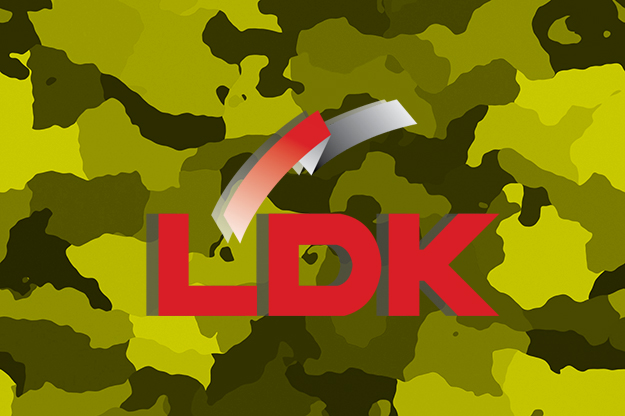 LDK’s 2012 election program contains just a single sentence referring to the KSF in its 23 pages, in which the party stress the need to engage with the force in order to continue its development.

However, the program predates attempts to transform the KSF into Kosovo’s army so K2.0 contacted Anton Quni, an LDK candidate for the Assembly and member of the Parliamentary Committee for Monitoring Internal Affairs, Security and the Kosovo Security Force in the last parliamentary term.

Quni told K2.0 that when it comes to KSF’s transformation, LDK will take into consideration the statements made by NATO and US officials regarding this process. Earlier this year, both NATO and US officials stressed that any transformation of the KSF should happen through constitutional changes, and with the reconciliation of minorities in Kosovo.

Quni did not provide specific details about LDK’s plan for the transformation process of the KSF, but hinted that the issue is not ‘black and white’ and is a much more complex topic than it appears in public. “The national security of the Republic of Kosovo, among other things, depends on partnership and sincere friendship with democratic countries,” he told K2.0, adding that unity between political parties and better coordination with the international community will best help appease skeptics of the transformation.

However, he did not respond on K2.0 question as to whether LDK has a concrete plan on how to convince the Serb representatives in the parliament, whose votes are required in order to make constitutional changes.

According to Quni, the best starting point for the transformation of KSF into Kosovo’s Army is the resolution adopted February 2017, and the development of a strategy, while “always in close cooperation with the US, NATO and the EU.” 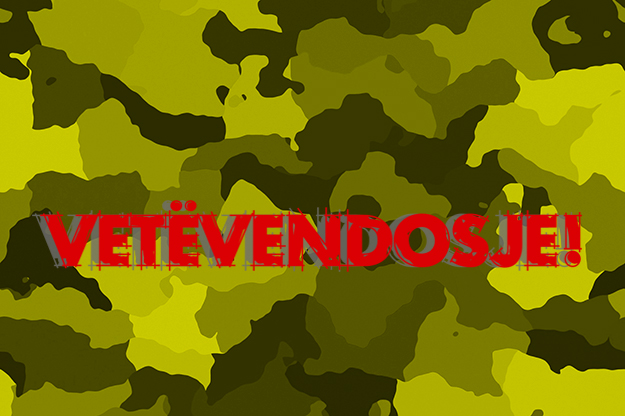 As with all of the major Kosovar parties, Vetevendosje’s 2013 Governing Alternative program stresses the need for Kosovo to establish an army, a claim that has been continually reaffirmed by its representatives over the years.

K2.0 got in contact with former Kosovo Liberation Army commander and former Vetevendosje deputy Rexhep Selimi, enquiring as to how the party seek to complete the necessary steps to transform the KSF into Kosovo’s Army. While confirming the party’s strong support for the army, Selimi didn’t reveal any specific policies on how to make it a reality.

Asked how Vetevendosje would overcome the blockage caused by the lack of support from Lista Srpska, without whom’s votes the transformation cannot happen, Selimi was unable to provide any specific proposal, but referred to a new relationship with Kosovo’s Serbs under a Vetevendosje government.

“Lista Srpska as a political entity does not have the exclusive right to represent the citizens of the Serb minority in Kosovo,” Selimi told K2.0. “A Vetevendosje government will have a completely different relationship with our Serb citizens, by excluding Serbia from political developments in Kosovo and giving the right to free expression and action, and legitimate representatives [for Kosovar Serbs].”

If Kosovo were to successfully form an army, Vetevendosje’s Governing Alternative program outlines some ideas regarding its formation and operations. Based on the program, Vetevendosje believes that a Kosovo armed forces would need around 20,000 members and should collaborate with both NATO allies and the army of Albania, with whom it will coordinate duties — a policy Selimi confirmed was still in place.

The program also states one feature of a future Kosovo army particular to Vetevendosje — that military service would be mandatory. K2.0 asked Selimi for more details on this envisioned service: age of conscription, length of service, whether it would be for all Kosovar citizens and why it needed to be mandatory. We received the following response: “Developments with regard to military forces are processes that have frequent updates. Models of many of democratic and developed countries will be also a model for Kosovo. Therefore, there are countries that have always had compulsory military service such as Switzerland, but there are countries that didn’t have it but have returned to mandatory military service such as Croatia. In Kosovo’s conditions, it is necessary to have mandatory military service in line with Kosovo’s specifics.” 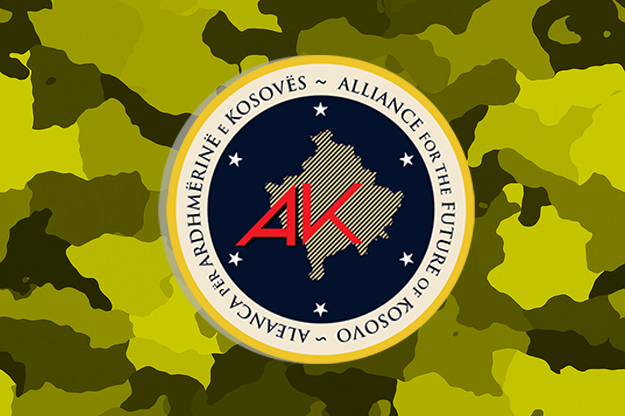 In the ‘integration and security’ section of its 2014 program, AAK pledged to transform the KSF into Kosovo’s Army within four years. AAK seem eager for this timetable to be adhered to. In addition to tabling February’s resolution, party leader and former KLA commander Ramush Haradinaj pledged that the army would be formed within 90 days if he became prime minister, in a televised debate on RTK on May 22. The promise follows comments made in April of this year, when Haradinaj told Radiotelevision 21 that either by draft law or by constitutional amendments, Kosovo should soon form its army.

Both this statement from Haradinaj, and a previous comment made in March 2017, when the AAK leader told Blic that every action taken to form the army is welcomed, seem to indicate support for President Thaci’s controversial draft law. Haradinaj will run as the prime ministerial candidate for the pre-election coalition formed of AAK, Nisma, and the party Thaci founded, PDK.

K2.0 contacted AAK to discover what concrete steps they would take to ensure that Kosovo’s army would be formed if they were voted into power but AAK declined to comment, stating that they would not be answering questions until the coalition’s joint platform for the 2017 election was released. No representative from any of the three parties appeared on a debate held on the subject of the army by Klan Kosova on May 24. 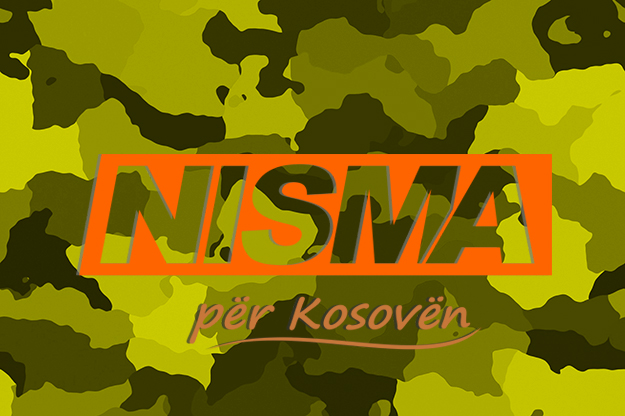 Nisma’s 2016 program outlines no policies regarding security issues, with the only army mentioned being the Kosovo Liberation Army.

However, representatives from the party have offered endorsements to President Thaci’s draft law. After Thaci announced his proposals, he found a supporter in the shape of Haxhi Shala, then a deputy in the Assembly for Nisma, who stated that “everything that is in the interest of the country, no matter who takes the initiative, we, as NISMA support, and thus we support [the draft-law] firmly.”

Nisma will run in a pre-election coalition alongside AAK and PDK, who will release a single platform that is being guarded with the utmost secrecy. K2.0 contacted Nisma for further explanation regarding their policies and their vision to transform KSF into an army but received no response.K