Come to Prizren as you are

During times of confusing political and societal changes, this year’s DokuFest invites us all to take a deep breath and reflect. As well as providing its typical range of film screenings, talks, exhibits and concerts, this year is also an invitation for all visitors to the festival to indulge in the arts and take it as an opportunity to reflect on themselves and their surroundings through various mediums.

The festival’s artistic director, Veton Nurkollari, says that the theme was initially inspired by two songs: The Velvet Underground’s “I’ll Be Your Mirror,” and Nirvana’s “Come As You Are.” This motif of reflection will be unveiled over the next ten days as the festival unfolds.

“As a society we like to criticize a lot but we don’t really sit down and face issues to see solutions,” says Nurkollari. For him, DokuFest is the perfect platform for a fruitful discussion on social and political developments that can contribute to a movement he sees arising around the world.

The festival kicks off tonight (Aug. 3) with the international premiere of “The Raft.” The feature documentary shows what happens when five men and six women embark on a three-month journey in isolation across the Atlantic Ocean. Matching the theme, the participants reflect on their experiences from the 1970s, which featured violence, aggression and sexual attraction.

All together there will be more than 250 films from over 50 countries featured in this year’s festival participating in one of the six competition categories: Balkan Dox, International Dox, Human Rights Dox, Green Dox, International Shorts, and National. 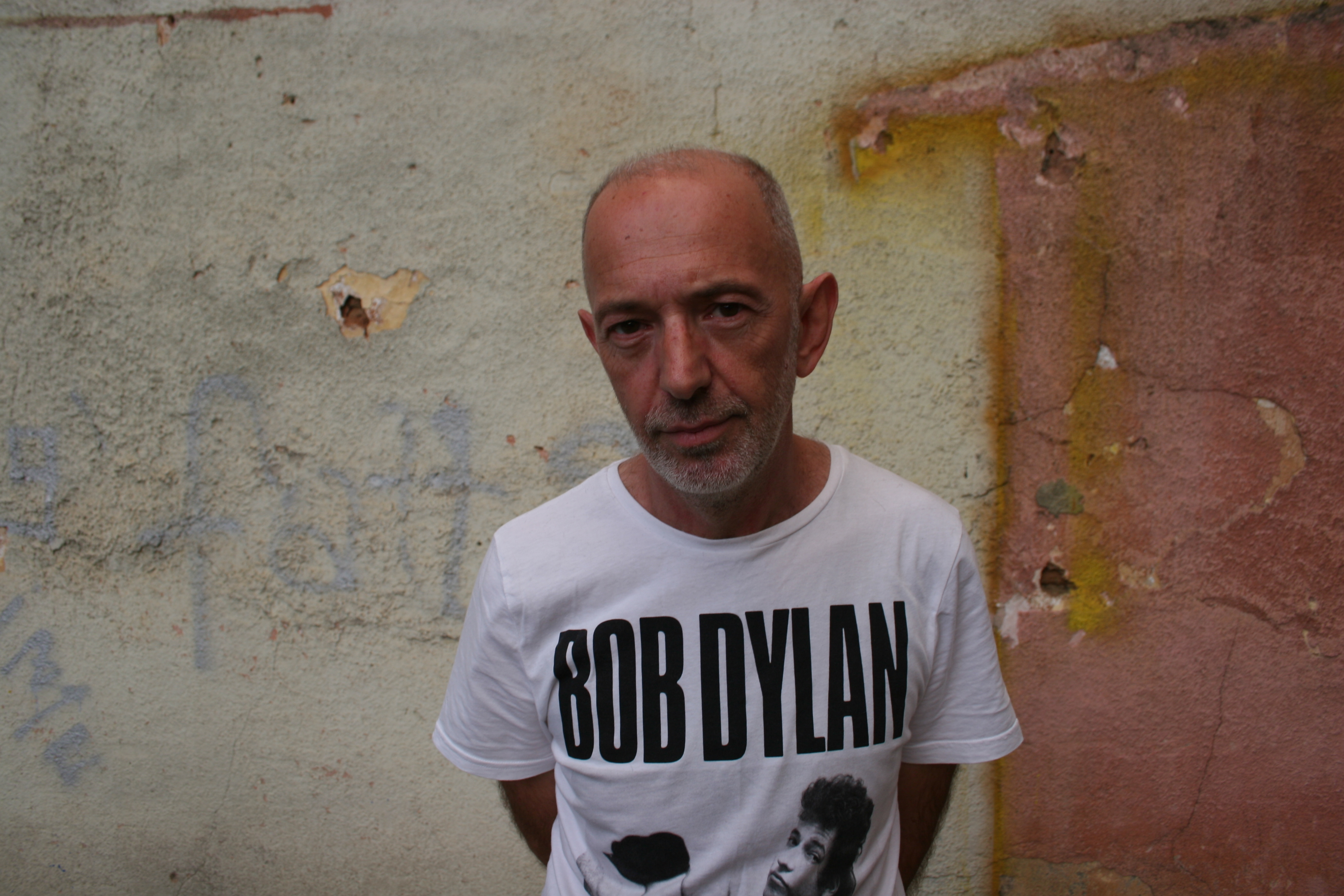 Artistic director Veton Nurkollari encourages festival attendees to both reflect on themselves and illuminate other parts of the world, including Taiwan to which a special program of screenings will be dedicated. Photo: Edona Kryeziu / K2.0.

The festival will also introduce its audience to the small country of Taiwan with its program “Birth of a Nation: Focus on Taiwan,” which features 25 films chosen to illuminate Taiwan’s social and political development. The program includes critically lauded works such as Edward Yang’s “Yi Yi” (“A one and a Two”) and as a whole allows for a retrospection of the ups and downs in Taiwanese history. Nurkollari explains that Kosovo and Taiwan share the same issues of nationhood and identity, as, just like Kosovo, Taiwanese independence is only recognized by certain countries.

In order to further explore this year’s theme of “Reflection” in depth, a number of panels and debates have also been curated to accompany the programme throughout the festival. From reflecting on the ‘other side’ of the ’90s and exploring how Yugoslav realities were often experienced differently to the mainstream narratives through to discussions on current pressing issues including tackling environmental challenges and fighting the stigmatization of sexual violence survivors.

What stands out from this year’s program is the incorporated sense of inclusivity. From the principal theme the organizers came up with other slogans like: ‘I’ll be your mirror, reflect me in you’ and ‘come as you are.’ For festival director Nita Deda these serve as an open call to the public to be sincere with themselves as it is the only possibility to acknowledge the social responsibility we have. “Instead of lecturing we want to create space to grow,” Deda tells K2.0. 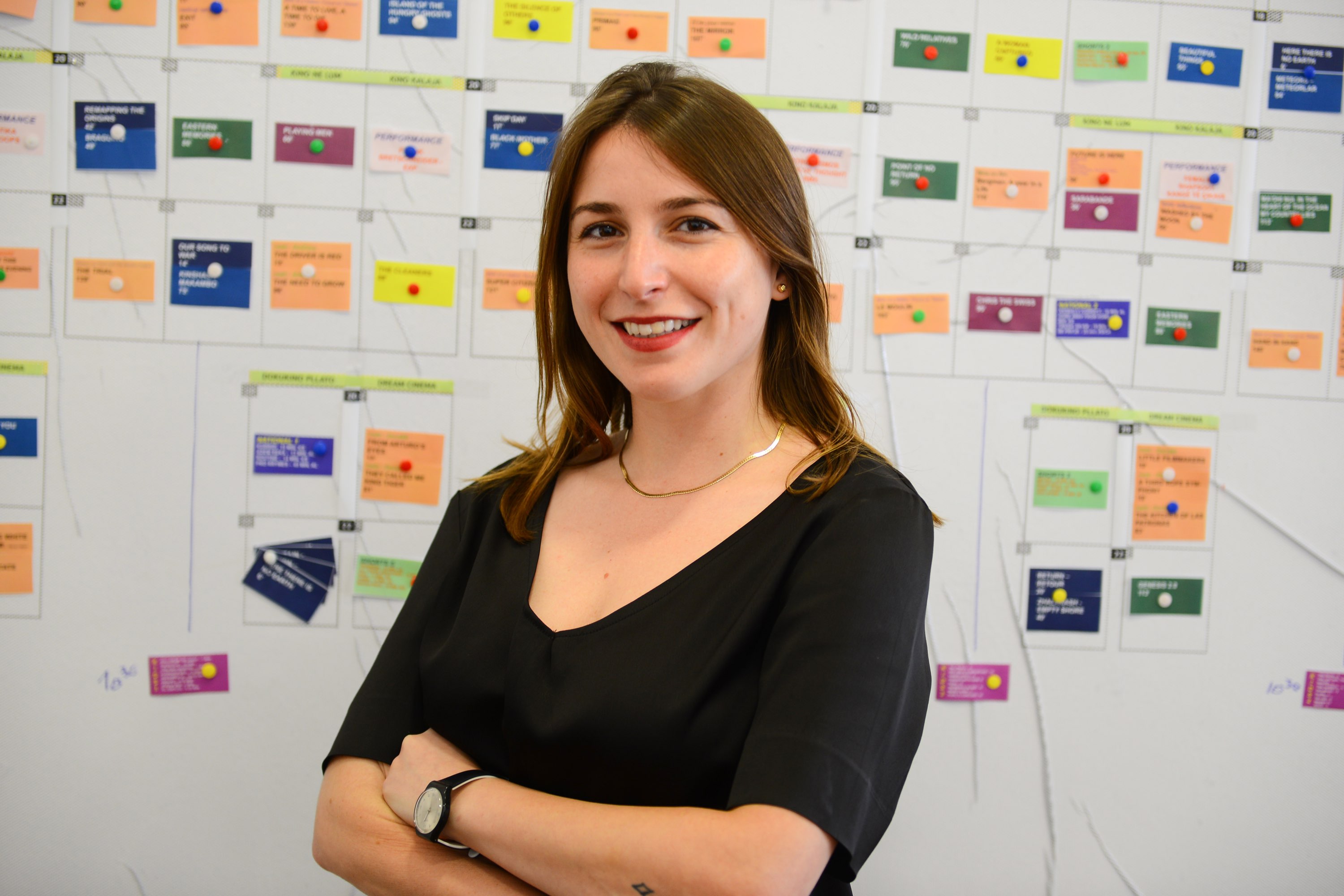 Festival Director Nita Deda is particularly proud of the influence of women on this year’s program, including its opening and closing concert. Photo: Tuğhan Anıt / DokuFest.

Accordingly, last year’s slogan “the future is a girl” has been transformed into “girls are now.” This year DokuFest has screenings of films featuring a total of 210 female producers and directors. The creativity of Kosovar women will also be shown with a performance of female rhapsody on Aug. 7 on the festival’s stage in Prizren’s fortress. The band will be performing traditional songs with a Def (Frame-drum) and throat singing.

The festival will also be opened and closed by performances with female musicians, with DJ and soul singer Qendresa opening DokuNights tonight (Aug. 3) and a traditional Saz’iso ensemble from Albania closing the festival at Lumbardhi on Saturday Aug. 11.

For short film programer, Samir Karahoda, the highlight of the festival will be the presence of Iranian filmmakers, Ali Asgari and Farnoosh Samadi. As well as screening five of the duo’s works including award winning films from Venice, Sundance and Cannes, the pair’s masterclass on Tuesday (Aug. 7) will give a special reflection on Iranian society and detail how they can continue to make films in a heavily controlled political environment.

K2.0 will once again be a media partner for DokuFest and content from the festival including interviews, features and recommendations will be available all week. Have a great festival!