Eight years after Kosovo declared independence, eight citizens explain what it means to them.

The signing of Kosovo’s Declaration of Independence in 2008 amidst much fanfare and international attention was widely seen as an historic moment; people took to the bars and streets as a wave of euphoria swept across much of the population.

International recognitions started to arrive immediately, with the U.S, Great Britain, and Albania amongst the first to give the new country their backing; dozens of others joined them in the days and weeks that followed. With Kosovo briefly at the center of world attention for positive reasons, there were genuine hopes that the future may be bright.

Eight years on, for many the gloss has largely worn off. The country is plagued by economic and political problems, corruption is rife, Kosovars remain isolated from Europe, and for the majority of its citizens, life is not easy. This year, rather than celebrations in the streets and squares of Prishtina, a mass anti-government protest is planned.

But for many, the symbolism of Kosovo’s independence remains strong, despite day to day hardships. Eight years on from February 17, 2008, K2.0 asked eight Kosovars to reflect on Kosovo’s independence by thinking about what the date has meant to them, what it signifies now, and what it may represent in the future: 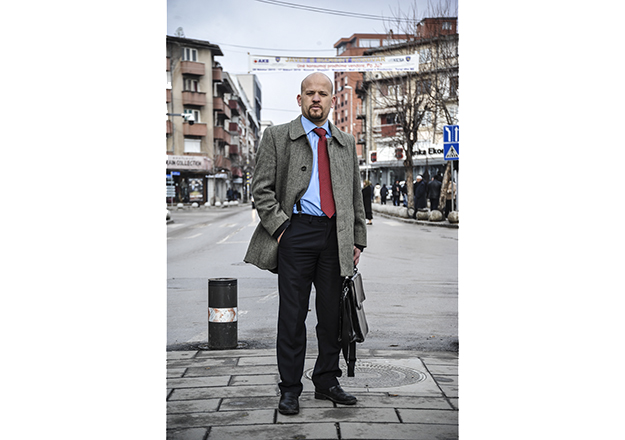 I remember it clearly. That day I went off to Afghanistan from Ferizaj because at that time I worked in Afghanistan. I remember making everyone that accompanied me that day sign my red and black flag. The message was that we were celebrating our independence with the national flag for the last time, because now we would have our own flag. And simultaneously I bought a Kosovo flag that day, which I then took with me to Afghanistan. On the 18th and 19th [of February] we continued celebrating with the Kosovo flag.

I hope that in 10 years, the Ferizaj square, where I work, but also Prishtina, will be blue and yellow, and there will be no more red and black like there is today. I think that painting ourselves red and black during the 17th of February holiday is folkloric patriotism, more than it is a reality. I am a parent of two children, and for them it is sometimes difficult to notice differences in the context of the two flags [Kosovo and Albania]. 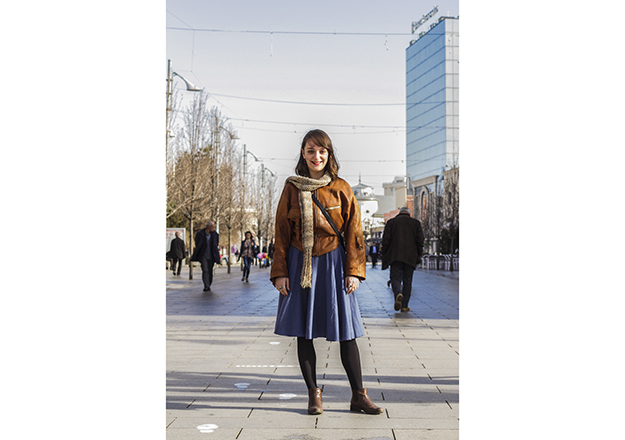 In 2008 when Independence was declared in Kosovo I was in Kampen which is a small city in Holland because that’s where I was living with my family. And I do remember kind of a vagueness of understanding what was going on but not really knowing the great impact that it could have had — I say could have had — on Kosovo. I was in the living room with my parents and with my brother and sister watching it on television, the whole ceremony, and the ceremony itself didn’t touch me as much; what touched me most was when I saw my father getting teared up when they were signing it; I mean, my father is this strong, Albanian, moustache-heavy man who never cries, and then he teared up, and that’s when I knew — this is huge, this is what people have been waiting for!

We have this tradition with the other Albanians that we know in the area, there’s maybe four families in that same city where I grew up that are from Kosovo as well, mostly from Mitrovica, but then others from the region. We would just rent out some kind of space and we would celebrate it there together … we would play Albanian music, dance away and drink and just celebrate like that.

I don’t think that going to those ‘parties’ was as clearly defined in my head what we were celebrating; it was just ‘independence.’ But when I sit down and think about it … it’s about celebrating the end of an era of repression and the beginning of a new era, with struggles, but it’s a new era where you can self-determine what you do with your country. Even though that has its flaws as we have seen, still it’s a new beginning of trying to undo some mistakes that were made in the past.

In 10 years I will be 36, I imagine myself not living in Kosovo anymore but celebrating it from a distance. And I hope it will be filled more with pride and not with this sense of, ‘Why are we actually celebrating something so hollow?’ 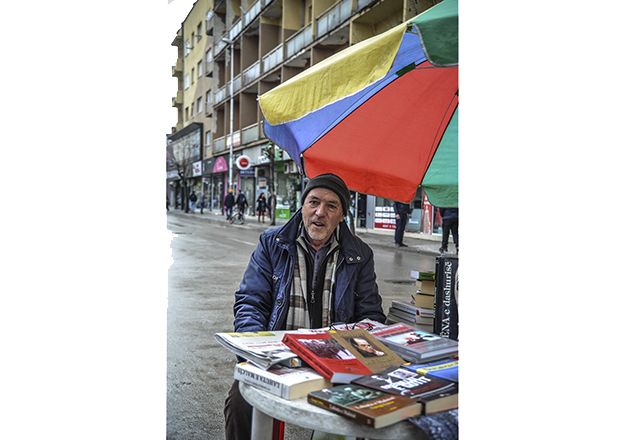 We celebrated independence very happily. With huge hopes. I went out in the city three times with my wife, because it was impossible to drive from all the cars. I went to see the Kosovo and Albania philharmonic concert at the 1st of October Arena. Then the celebrations in the city.

We also went to the city center, as my son is a famous DJ, so we braved the extreme cold and stayed up late at the youth plateau. There was so much happiness, so much hope.

But now it has been silenced. And now I really don’t know how I’ll celebrate because we are cautious towards celebrating Independence Day. 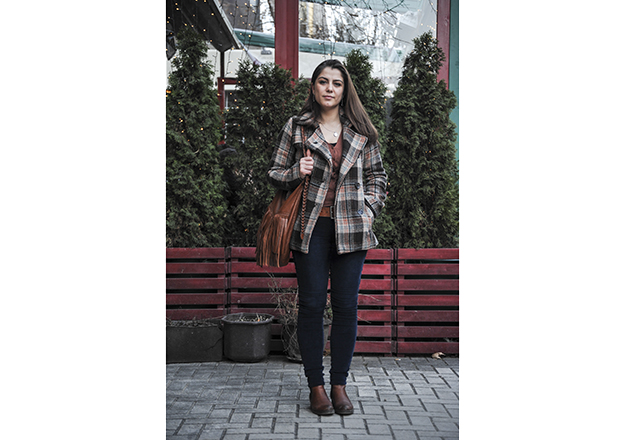 I need to go back eight years to remember the minus 20 degrees freezing cold, but the emotion and joy we felt made me immune to the cold and allowed me to celebrate with my fellow citizens at the city center. I was with my family, but also with other residents, and from all the enthusiasm, we all hugged during those moments, even with people we didn’t know. The idea was to celebrate together for such a special day.

What I know is that Independence Day will forever be in my memory, seeing that it was declared during the time when I was a student in my second year at law school. Independence Day had created a sentiment of liberation and it had finally guaranteed a meaningful education.

Usually these celebrations have a family nature, but I never like these kinds of celebrations. Usually my friends and I like going out and looking back on our failures and successes together. So this day, besides the festive nature, must also involve an element of reflection. 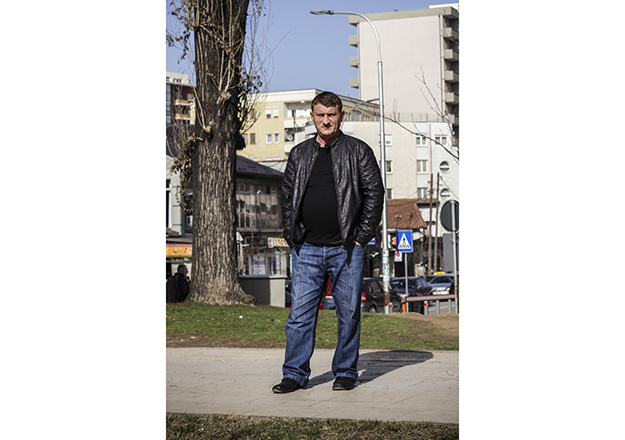 We, like all other citizens, could barely wait for independence on the February 17, 2008, even though we belong to the Ashkali community. We are no different from the Albanian community; we have the same traditions, so we were very excited on this day.

In 2008, the Ashkali community was ecstatic. I remember very well that our former leader, Sabit Rrahmani, partook and signed the independence document, thinking that it would bring many benefits, regardless of ethnic backgrounds. We went out to the Prishtina city center with all our family and celebrated until the late hours. It was indescribable when our representative Sabit Rrahmani signed the declaration.

Today we have also organized to go out and celebrate, because we are equal. We will celebrate at the Zahir Pajaziti square, like all others. In 10 years … seeing how it is going currently, we’re hoping for better for all of us — especially in regards to employment. Employment is the biggest problem for the Ashkali community; very few are integrated on the employment level.

I dream for at least some of us Ashkali to be employed. You can’t live life rummaging through rubbish bins, so we are sometimes discouraged by the fact that we are left behind by the government. 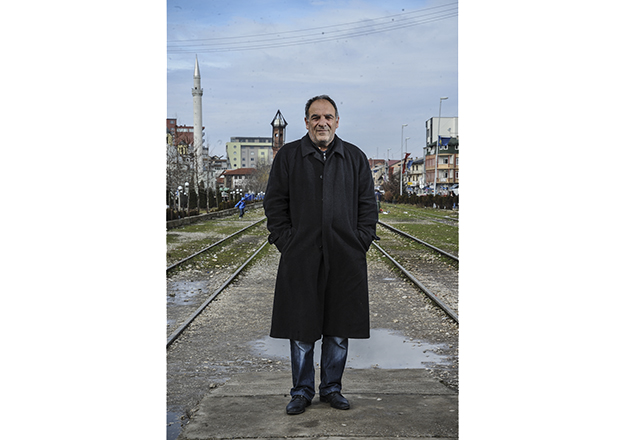 I see many reasons to celebrate and I will celebrate at my house. We will go out for walks, even though there will be people who won’t celebrate. Ten years on, I don’t know what to say. If it continues like this, it will be very pale.

People still don’t know that this day needs celebrating regardless of the political or economic situation. The state isn’t celebrating as it should. We need a better cultural, artistic program, but it seems they aren’t interested in organizing anything. 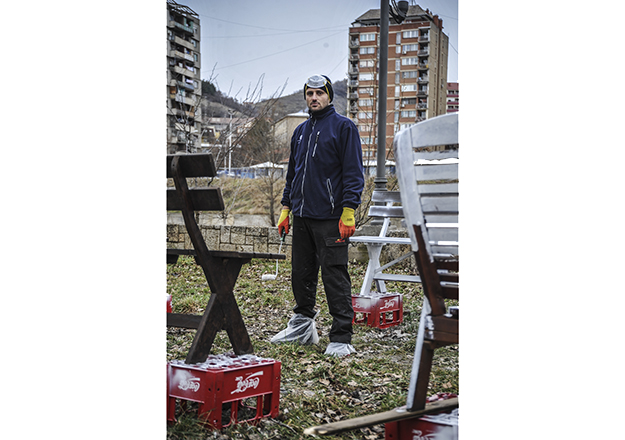 From 2008 I have waited for politicians to fix issues from health care to the courts, issues that are essential for a normal, functioning state. I expect politicians to find common ground and to provide the people with a big advantage, by making economic development a primary goal. I hope that our bars will be empty, and our youth employed. 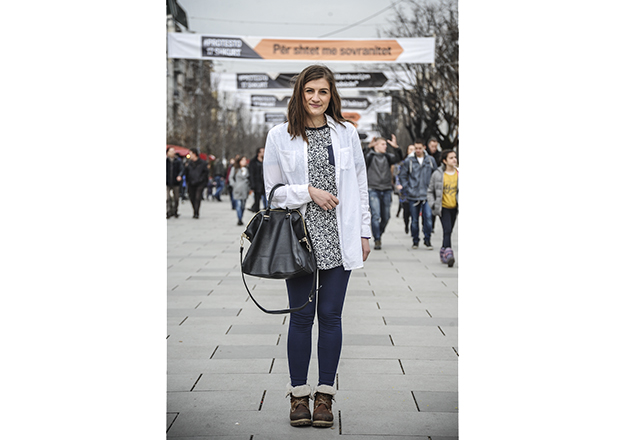 The best way to celebrate for the Republic of Kosovo is by participating in the protest which will be organised on the 17th. Maybe a part of the population will celebrate, but it would be best that they answer this call. Not only against the Association [of Serb Majority Municipalities], but also against other key problems in Kosovo, like unemployment, poverty, poor education, which are without a doubt the main causes of this protest.K