Bringing back the good times.

Maybe Fridays were the days that inaugurated a weekend of dancing, clubbing, going to the cinema or out to a gig. Or was it a time of just pure relaxation with hiking or sport, or simply reading a good book alone?

Whatever made you feel good about Friday, we want to help bring some of those vibes back to you — even in these times — by rounding up some fun, feel good stories from around the world.

It’s been a long week for all of us with the new restrictions but don’t worry, hopefully we’ve got some laughs, some things to make you feel better and some things for you to look forward to — even if you’re a 1 or a 9!

We won’t be spending that much time outside these days but when you do, remember your mask or scarf. In the Czech Republic, they take their masks so seriously they even force the nudists to wear them (if nothing else).

Music is all around us

A tribute to a Prishtina ’80s musical icon Violeta Rexhepagiqi rang out around Prishtina on Thursday night. The avant-garde, new wave rock singer, an inspiration to many in Kosovo, died earlier that day so the city played her music from Fadil Vokrri Stadium in her honor from 8:15 to 8:30 p.m.

It was the second time Prishtina’s stadium speakers have been used to serenade the city this week. To help raise the morale of Prishtinalis after the city was officially quarantined on Sunday, the Plisat — Prishtina Football Club’s fan group — played their theme song, “Prishtina’s Fearless Streets,” from the powerful PA system.

Kosovo’s own Dua Lipa has the number one album in the UK this week.

Last week was Catholic Easter and that brought a number of beautiful musical performances online including this rendition of “Ave Maria” from a burnt out, empty Notre Dame Cathedral in Paris. It was sung by French actor and singer Judith Chemla during the livestreamed Easter mass held by the Archbishop of Paris. Look out for the musicians dressed up in their personal protective equipment.

Other musicians are doing drive-by concerts. In Budapest, members of the Hunagarian National Orchestra drove through neighborhoods blasting their performances through the car windows. It’s a throwback to the orchestra’s origins in the communist period when they traveled throughout the country to give performances, stopping even in the tiniest villages.

Do you want to hear the COVID-19 virus? You’ve probably heard enough about it but now you can actually listen to it. Scientists have mapped the virus musically “to help scientists find sites on the protein where antibodies or drugs might be able to bind — simply by searching for specific musical sequences that correspond to these sites.”

So, a DJ may actually save your life.

The Ideas Partnership in Kosovo has been supporting families who need help particularly during the current crisis. This month they have helped 130 families with food and other support.

“The families we have helped have been across Janjeva, Gracanica and Fushë Kosova — Croatian, Albanian, Roma, Ashkali and Egyptian,” says the organization’s co-founder Elizabeth Gowing. “We’ve had donations of money from private donors but also food and toiletries donated directly for them by members of the International Club of Prishtina.”

The organization has also managed to sign up a new wave of online volunteers, to teach skills virtually.

“Our goal was 10 new volunteers this month, and we’ve met that goal already, with the first session taking place this week with an online English session led on WhatsApp video with a retired woman in the UK and the children identified by our kindergarten teacher in Fushë Kosova,” Gowing says. 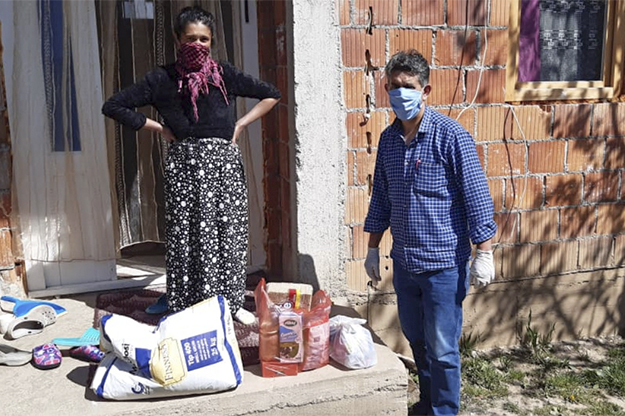 Food, toiletries or money can be donated to families in need by contacting The Ideas Partnership by email, while anyone with free time and skills they want to share can volunteer on the organization’s Facebook page.

Meanwhile in the UK, Captain Tom Moore has raised over 17 million pounds (over 19 million euros) for the National Health Service (NHS) by walking around his garden. On Thursday, he finished the last of his 100 laps of his 25 meter garden on live TV, completing the challenge he had set himself ahead of his 100th birthday at the end of the month.

Captain Moore served during World War II and intended to raise 1,000 pounds (about 1,130 euros) for the NHS. Instead, his fundraising went viral and has inspired people around the United Kingdom.

A lot of us tend to treat ourselves in lockdown, so the famous American chef, Ina Garten — also known as the “Barefoot Contessa” — has started streaming Instagram videos on how to make “quarantini cocktails.” Because this is a crisis and it’s always 5 p.m. somewhere.

If you’re craving for a particular fried chicken restaurant, that shall not be named here, then check out Dan Fell, a UK man who spent the last 18 months perfecting the secret recipe (did he know something we didn’t know about the pandemic?).

Fell’s YouTube video showing the recipe and cooking technique has gotten over 38,000 views. Now you can make it at home, perhaps after a drink or two (or three or four), just like a Friday night out! Do remember to stay safe if deep frying and drinking!

The FemArt festival, the first feminist arts festival in Kosovo and the largest in the Balkan region, is postponed until October this year but you can now experience it at home. The organizers are streaming three events a week on their Facebook page, including concerts, exhibitions, performances and discussions.

“There was a demand from our audience members who actually wrote to us that it would be good to share FemArt events due to the high quality of the art and also to reignite the importance of the women artists who presented,” says Zana Hoxha, executive director of festival organizers Artpolis.

On Friday, April 17, at 8 p.m., FemArt will stream a tribute to Cesaria Evora with the Portuguese singer Lucibella in concert at Teatri Oda.

Termokiss is now streaming various activities from its regular programming on a variety of social media platforms. They say they have “been aiming to broadcast online for a long time and it made a lot of sense to start now.”

Mondays it’s Online Open Mic from 6 p.m. where musicians, comedians, poets, storytellers and performers of all kinds are free to take the online stage.

“Online Open Mic is a session where everyone is welcomed to perform on the microphone and express themselves in front of others, or to just enjoy the performances,” Termokiss says. “You have the chance to socialize, express yourself but also remain anonymous.”

Make sure you look up to the stars in the nights ahead.

At 8 p.m. on Mondays, film screenings by local Albanian directors are livestreamed and are followed by a discussion with the director about the film. On Tuesdays at 6 p.m. a Yoga and Meditation class is livestreamed, followed by a live ambient sounds and a music session.

On the community’s Facebook page, videos from their cooking, handicrafts and gardening clubs are streamed weekly, while Termokiss is also hosting weekly interactive events via Zoom, with links published in advance on their social media pages.

On Sunday, April 19, at 8:00 p.m. the Kosovo Philharmonic Choir will be streaming a performance from March 10 this year in St. Anthony’s Catholic Church in Prishtina. The performance will be conducted by Hajrullah Syla.

Finally, make sure you look up to the stars in the nights ahead, as the annual Lyrid meteor shower is taking place. The light show will peak on April 21-22, but will continue until April 30, and on clear nights there should be around 10 meteors visible per hour.

Look toward the sky from about 10:30 p.m. to catch a glimpse. Though the best time to see them will be at dawn. Something to rise early for!

And don’t forget, Monday is a holiday! (Again!)

What feel good stories have made you smile this week? Got a fun weekend event coming up? Share with us on our social media platforms or via email.K 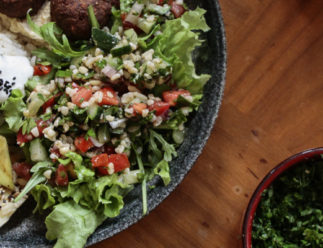 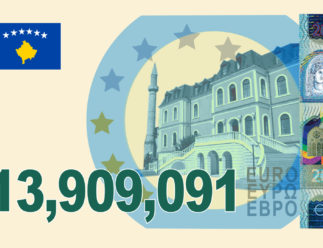 VIDEO: Just how equal are we?

Perspectives | The past, now | Politics 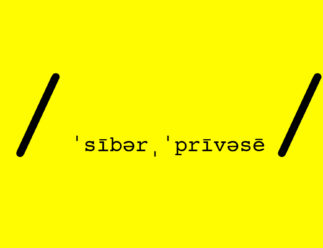 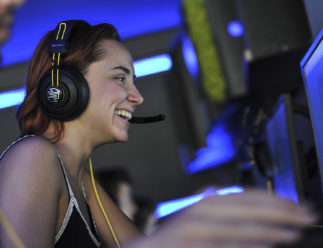 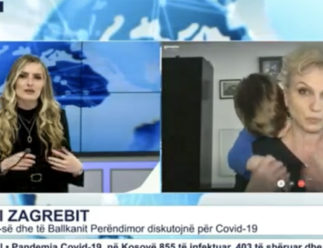 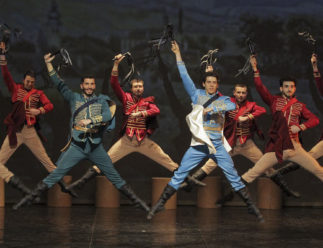 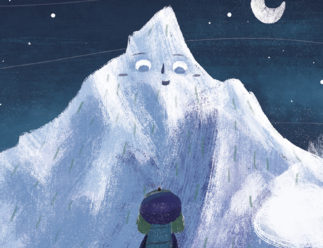