Get on board with Prishtina’s game bar - Kosovo 2.0
Lately | Culture

Get on board with Prishtina’s game bar

Physical interaction and alleviating boredom at heart of new venture.

Carefully, Ermir Suldashi takes out the crown jewel of his board game collection. As the co-owner of newly established Mana Board Game Bar in Prishtina, Suldashi is in possession of over 80 board games in fine condition, but this is the one that he treasures most.

It’s called Skenderbeu, a strategy game with the Balkans as the playing field. The source of his pride, though, is not so much about the game as it is about the language. As Mana’s only board game entirely in Albanian, it constitutes a rarity: All other board games are imported from the UK.

“The market for board games in Albanian is very small and consists mostly of enthusiasts in Tirana,” Suldashi says. “The interest seems to have increased lately and I hope that it will catch on in Kosovo.” 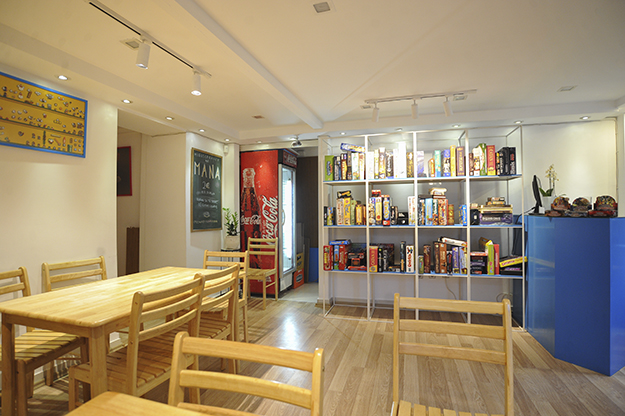 A computer scientist by day and barkeeper by night, Suldashi is doing his bit to spread the word. In charge of daily operations, he makes sure that everything runs smoothly on the ground while his business partner Rron Imami, a graphic designer based in London, takes care of developing the brand. Together, they conceived of Mana as a response to a narrow social scene in Prishtina.

“In our eyes, the city got a bit… boring. There was not much to do with your friends except for drinking, watching movies, and the occasional group-up at someone’s house to play board games. We thought, ‘maybe people would like a place to hang out where there are no prejudices, no gimmicks, just board games and pure friendship,’” Imami says.

Both co-founders have lived abroad — Suldashi as a student in Chicago, Imami as a professional in London — and board game bars tie in with an international trend. In countries like the U.S. and the U.K., board game bars have become a niche alternative to traditional meeting spots. 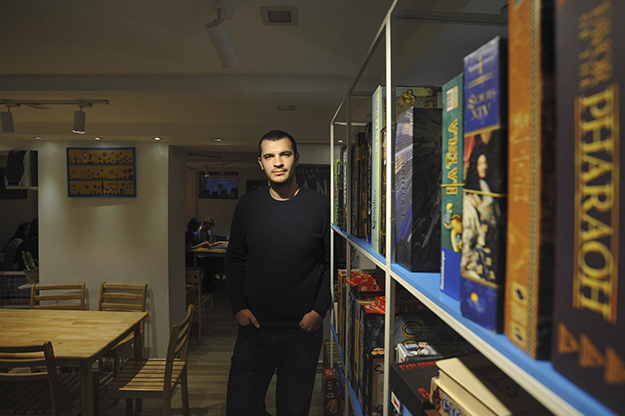 “I have always loved playing board games, but I noticed that there were no public places to meet and play in Prishtina. We have tried to accomplish a different feeling with a less gloomy atmosphere than the usual gaming places,” Suldashi says. “The only problem is that I don’t have time to play myself anymore!”

As a business model, a board game bar may seem doomed to fail. Most bars gain their profits from a steady flow of visitors and drinks. In contrast, a successful board game session typically requires both time and relative sobriety.

To solve the business side of the equation, the bar charges a two-euro fee for guests who want to play. But more than that, Mana Board Game Bar is an attempt to foster a different kind of bar culture.

“Many people are bored with drinking coffee all day while board games allow you to disconnect and socialize in a way that video games don’t,” Suldashi says. “The idea is to provide a place for both beginners and enthusiasts to gather and enjoy the games.” 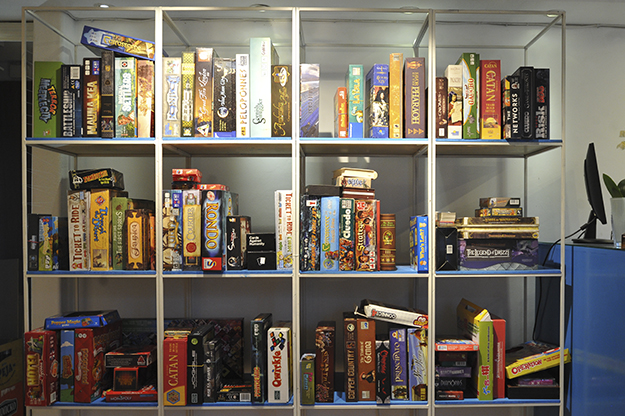 The social atmosphere is evident as soon as you step inside Mana. Six tables are occupied by a diverse crowd: concentrated veterans playing Risk in one corner, high school students boisterously enjoying a game of Jenga in another. While most of the guests are students and younger adults, Mana has already welcomed a broad mix of visitors. Even children are welcome to try their hand at one of the games intended for a younger clientele.

Classic titles such as Monopoly, Risk and Cluedo are most sought after among guests with several sets available. At the same time, the owners hope that Mana could serve as an introduction to other types of board games. 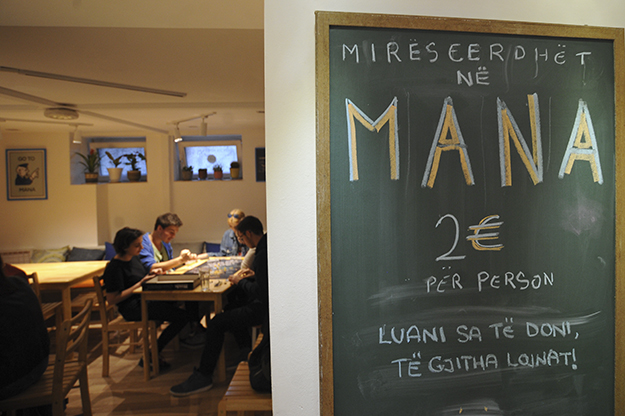 “With our wide library of games, people get to see that board games don’t end at Monopoly or Risk, but they can become extremely complex or equally simple and fun. There is an enormous variety of ways to play with your friends,” Imami says.

At one of the tables, four students — Pleurat, Drita, Art and Edina — have taken a break from their studies to engage in a seemingly intricate board game based on the TV series “Game of Thrones.” Between moving pieces on the playing field and picking up new cards from the deck, the students explain their motivation for spending their evening in a board game parlor.

“I always dreamed of having a place like this in my country and I’m happy it finally came to be,” Pleurat says. “I’m a big fan of all kinds of games and here I can enjoy them in a more social setting than in front of my computer.” 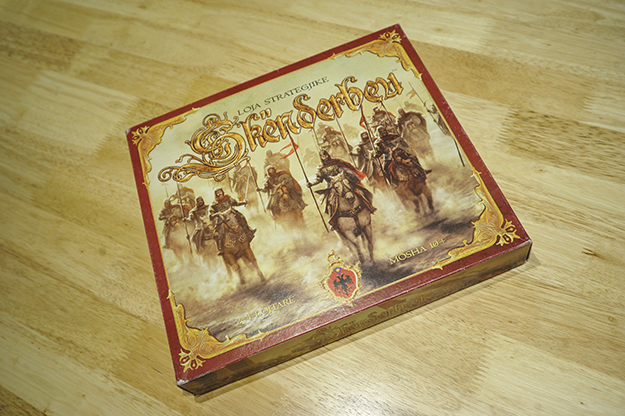 Mana opened just two weeks ago, but it seems to have whet the appetite among Prishtina’s board game curious population. As K2.0 visits the bar, guests are queuing for tables to become available and booking in advance is recommended. Suldashi and Imami plan to open a second board game bar in the city if demand continues to rise.

“There has been a lack of board game culture in our society,” Suldashi says. “Traditional games such as chess and checkers are popular, but most people are unfamiliar with other types of board games. We want to introduce them to new ways of socializing.”K

Mana Board Game Bar is located on Agim Ramadani street, opposite to Raiffeisen Bank.