Hopes for media freedoms in Macedonia

When Dimitar Tanurov, reporter from the online news agency Meta.mk, was rushing toward the Macedonian parliament in April this year to report about the ongoing incident he never thought that snapshots of his soon to be injured face would become the news. The journalist was taking pictures of the dramatic scenes inside the parliament after about 200 demonstrators, many of whom were wearing masks, stormed the Parliament and attacked MPs.

Shortly after his arrival Dimitar Tanurov was attacked. He was beaten by a group of protesters, who called him a traitor after his press card gave away his profession. 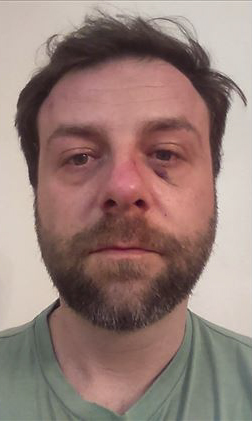 Tanurov suffered multiple head and face injuries, but looking back at the events of that night he considers himself lucky to have escaped without more serious trauma, unlike MP Zijadin Sela, who was dragged, blood streaming from his face, across the assembly floor and was later hospitalized in the intensive care unit.

Tanurov explains that the suspect for his attack has been in custody, but under suspicion of something else — for the violence that erupted in the Parliament, where several other MPs, including the leader of the Social Democrats and now prime minister, Zoran Zaev, were also injured. He points out that investigative failings have led to the delay in proceeding with prosecution in his case.

“Although I described that I was attacked while exercising my professional duty as a journalist in the Parliament, the police categorized the offence as a robbery because the attackers stole my phone,” explains Tanurov, who is still waiting for a trial to begin.

“Several days after the attack I provided photos of the attacker, which had been released in the media, but I was called to identify the attacker only last month,” he adds. “I recognized two other attackers from the recordings seen on TV. However, I don’t know if they have been arrested.”

Tanurov is one of several journalists that had suffered verbal or physical assault over the last few months of the political crisis, which culminated in the events of April 27.

In the last four years The Association of Journalists of Macedonia (AJM) have enumerated about 50 other journalists in the country whose rights have been violated by physical and verbal assaults or by being denied the right to report. The president of the association, Naser Selmani, points out that only 10 cases have resulted in a court procedure. “Solving the cases that include journalists’ attacks would be a test for the government’s willingness to push for media reforms,” he underlines. 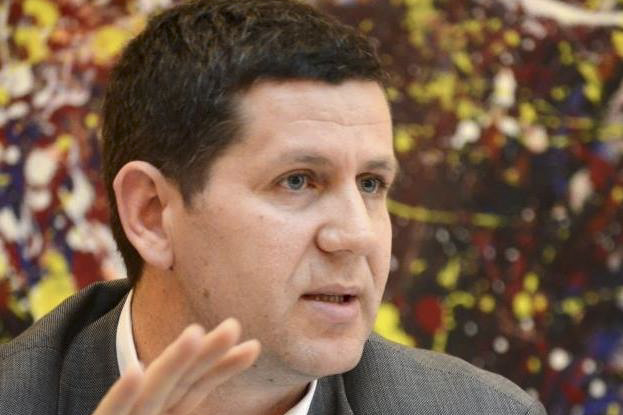 Naser Selmani, president of the Association of Journalists of Macedonia, believes that the media are more relaxed than during the time of Gruevski’s government. Photo courtesy of Naser Selmani.

Naser Selmani, president of the Association of Journalists of Macedonia, believes that the media are more relaxed than during the time of Gruevski’s government. Photo courtesy of Naser Selmani.

But, attacks and harassment against journalists are only one piece of the big puzzle, which illustrates the challenges obstructing media freedom in Macedonia.

The country’s press freedoms score in Freedom House’s annual Freedom of the Press report has been plummeting since 2010 and this year, for the second consecutive year, was described as “not free,” a ranking that reflects a media landscape that is deeply polarized along political lines. Now, many are hoping that a turn for the better will come with the newly elected government.

Since the period of political turmoil ended, all eyes have been on Prime Minister Zaev’s government to see how it will respond to the challenge to improve the climate for media freedoms. Expectations are high as journalists have long worked in a hostile climate. The wiretapping scandal also revealed that Nikola Gruevski’s government illegally eavesdropped on around 100 journalists and that many media figures were being monitored.

“The media environment is more relaxed, which certainly doesn’t mean that media freedom has improved,” says Biljana Petkovska, director of the Macedonian Institute for Media. “Press freedom is best measured outside the election process, so I expect a clearer picture in the time to come.” 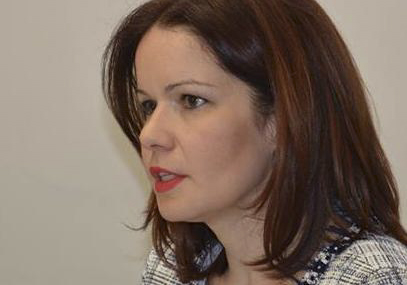 So far, the new administration has halted the advertising program of the former government, whose multimillion budget warped the market and made most media financially dependent upon public funding.

The former government, under Nikola Gruevski’s rule, had fanned the flames in media freedom by spending 23 million euros between 2008 and 2015 on government advertising in electronic media. But will cutting the umbilical-fiscal cord be enough to halt the clientelistic practices between media and the politicians?

“Media are more relaxed than under the pressure that was previously imposed by Gruevski’s government,” Selmani says.

However, he believes that simply changing personnel in government does not in itself constitute meaningful change. “If the pillars of the old corruption system are not toppled, the new government will show that it supports it,” he explains. “A media free from government interference is one of the key components.”

“The media still faces many of the same challenges that have influenced the media landscape for several years now and the perception is still that the media outlets are politically affiliated or instruments of influential persons.”

The European Commission has been attentive. In a report published in September by the EU’s group of independent senior rule of law experts, led by Reinhard Priebe, a retired European Commission director, it outlined that “although the intentions of the government are appreciated, it is too soon to assess if they will translate into action.”

“The media still faces many of the same challenges that have influenced the media landscape for several years now and the perception is still that the media outlets are politically affiliated or instruments of influential persons,” the report finds.

The most important reform of the media laws envisaged by the government includes revision of the Law on Audio and Audiovisual Media Services and reform of the financing system of the public broadcaster, Macedonian Radio Television (MRT).

According to Marina Tuneva, executive director of the Council of Media Ethics of Macedonia (CMEM), taking key actions in a number of strategic areas are necessary to eliminate the political influence in the media industry and the regulatory bodies.

“The media finally realized that the price paid for their irresponsibility has been high and the highest damage output has been loss of audience,” Tuneva says.

“For a long period we were struggling with chaos in a media scene alongside the chaos implied by the political crisis. Slowly, the media environment is changing as the practices from when media unprofessionalism was a norm rather than exceptions are left behind,” she concludes.

A glimmer of hope is that, according to the Agency for Audio and Audiovisual Media Services (AVMU), the Macedonian media regulatory body, the media showed more professional and balanced reporting during the October 15 municipal elections compared to previous election periods. And, for the first time, according to AVMU’s director, Zoran Trajchevski, the court in Skopje acted within the legal deadline after AVMU’s misdemeanour appeals and reached a verdict within 48 hours of filing.

Both Selmani and Tuneva agree that the era of fabricated news in Macedonia started long before the term “fake news” became an increasingly debated global phenomenon.

Data from the CMEM shows that 87 percent of the submitted complaints for violation of journalistic standards in the last two and a half years were related to not publishing correct and verified information, not ensuring a “second source” of information or not ensuring at least two independent sources.  In over 70 percent of cases of violations, the CMEM decided that the journalist didn’t make a distinction between facts and opinion.

“We have received an increased number of complaints from the citizens about unethical reporting, which shows that the public could recognize news propaganda. We can understand that citizens feel freer to mark down selective reporting and biased journalism,” Tuneva points out.

“Media self-regulation might lead to improving the professional work of media in Macedonia and to stopping the practice of state and political control over media.”

Most of the complaints received by the CMEM were for online media reporting. As Tuneva explains, the Council receives complaints about hate speech and discrimination. Asked if self-regulation can be an effective model to counter the hate-speech in the media, Tuneva says that it might lead to improving the professional work of media, and “stopping the practice of state and political control over media.”

“Media self-regulation might lead to improving the professional work of media in Macedonia and to stopping the practice of state and political control over media,” she says.

The EU’s group of independent senior rule of law experts in its report points out that self-regulation does not mean lack of regulations.

“The stated intention of the government is to create an enabling environment, while leaving the media sector to manage itself without interference. This self-regulation approach is supported by media stakeholders as well. However, self-regulation does not mean an absence of regulation,” says the report.

At last, journalists in Macedonia have started to smell the scent of media freedom. Yet, this is not enough to aerate the pungent smell from the long lasting abuse of media for political purposes and the alliance between the media owners and political elites. The wait and see attitude of the media community seems rational: Zaev’s eagerness for creating media freedom climate can only be confirmed after he shows commitment to media reforms. The representatives of the media associations think that actions speak louder than words.

It is worth recalling that Gruevski started his first term in 2006 being profiled as a young open-minded economist and left the PM’s office being remembered as an enemy of free media and as an authoritarian leader. Media reforms could give some assurance that another enemy of the media will not suppress press freedoms.K