Upholding the BOOM Festival legacy through 208 pages of zine.

Sokol Gashi still remembers being called onto the stage with his rock band, Fisnikët. Standing in the spotlight, the guitarist’s hands started trembling — for a moment he was paralysed by a sea of expectant faces staring at him.

But soon the inner turmoil was unleashed and catalysed into action. It was 1982, and the first edition of BOOM Festival, which took place inside Prishtina’s Boro-Ramiz complex, named after a Serb-Albanian partisan duo to promote the “brotherhood and unity” principle of the communist Federation.

From the turn of the 1980s, the socialist system of Yugoslavia had started to crumble. In the midst of economic and political crises accompanied by increasing ethnic tensions, these times of uncertainty saw a rise of youthful rebellion. As young artists tried to make space for artistic expression through music (and to have fun), the pop and rock scene flourished among Kosovo’s youth.

Gashi, now 56, moved to New York in the early ’90s, but his Prishtina-based youth is still vivid in his mind. He nostalgically recalls the struggles that came along with making music at that time.

“Back in the days in Kosovo it was difficult to have the means for recording, let alone touring, but we were a bunch of bands that would support each other, hanging out at the to-be rock bar Komiteti,” he says. “We wanted to give people something new, something that was innocent yet provocative.”

It is this zeitgeist that Lura Limani and Rina Krasniqi aimed to eternalize in a new zine that they named after the festival — BOOM.

After one year of research, the zine was launched on a March evening in the lobby of Kino Armata — another relic from the Yugoslav era, which has made a comeback in the past couple of years as a valued public cultural space. It seemed fitting that the biggest rock festival in Kosovo, which took place annually from 1982 to 1987, would be promoted in the space of the former public cinema, which was closed in the politically turbulent year of 1988, as tensions in Kosovo ramped up. 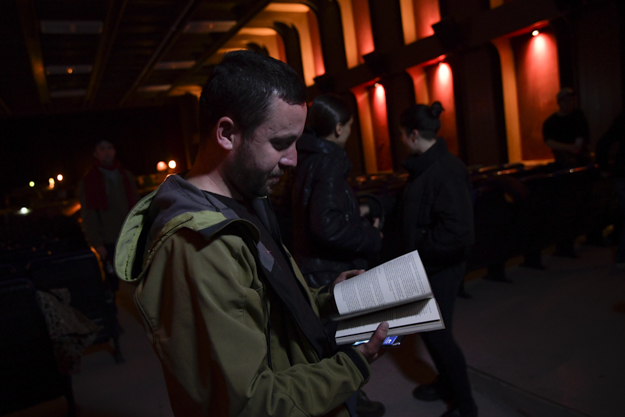 The launch of BOOM zine took place on March 9th in Kino Armata.

People started to show up at Armata around 8 p.m. Some were smoking cigarettes outside the front door, others dancing to the sounds of ’80s hits in the hallway, or sitting on the chairs inside the mostly-empty cinema. As the music slowly came to a halt, the crowd gathered around Limani, who introduced the zine in a short speech.

“This was a festival that could be modestly called the Woodstock of Kosovo,” she said, to sympathetic chuckles.

Bringing back the tunes

Frequently listening to ’80s Albanian rock, the two-woman team realized how little published material there was about this music scene.

Stumbling across an old poster of BOOM festival, they decided to dig deeper and collected research material from old newspapers and magazines, such as Rilindja, Zëri i Rinisë, Bota e Re, Kosovarja, Jedinstvo and Novi Svet. They began to collaborate with Brilant Pireva on archival research, which was then complemented with a personal archive of photographs collected by former band members, families and fans.

“This triangulation was very important, since in many cases the memory of the people was falsified and we tried to be as exact as possible to recreate that time,” says Limani, researcher and editor of the zine.

In an artistic take designed by artist Bardhi Haliti, BOOM zine is a homage to the golden age of Kosovo’s rock scene and a reflection of its political character, presented in a text that also analyses the lyrics and sounds.

The bands did not criticize the political system explicitly but rather used motifs and themes lingering in a sub-text to be understood by those suffering the same lack of freedom.

“Most of the songs were love songs, they carried a modern text inspired by the Western music scene, which were then adjusted to the rhythm of Albanian traditional folklore,” says Krasniqi, one of the conceivers and researchers of the project.

This combination is noticeable in Minatori’s song “Mihane,” which is a cover of Adriano Celentano’s “Susanne.”

However, political songs were also popular at the time — one of them is Gjurmët’s “Mikrofoni,” which expressed criticism towards the surveillance system and the ideological control of Albanians after the student protests of 1981. Notably, the bands did not criticize the political system explicitly but rather used motifs and themes lingering in a sub-text to be understood by those suffering the same lack of freedom.

Censorship in the ’80s was subtle but present; the Radio Television of Prishtina was the only recording studio, and songs that were regarded as morally degenerating were inhibited from being recorded or their lyrics were changed by the authorities.

“Even if our main motivation was to express what we felt, to share the dailiness of our lives, we had to be cautious when choosing our words, so that we always had someone in our team to check our vocabulary before applying for studio time,” says Gashi, mentioning their song “Ujku Plak” (Old Wolf), which in his words is an expression of the need of a young person “to seek solitude in the midst of all the problems that people from Kosovo faced in the ’80s.” 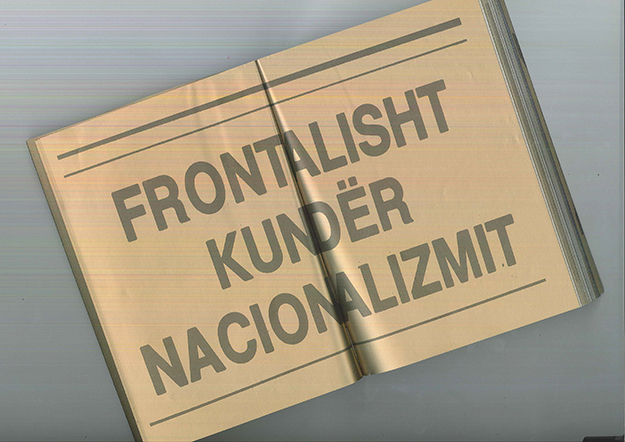 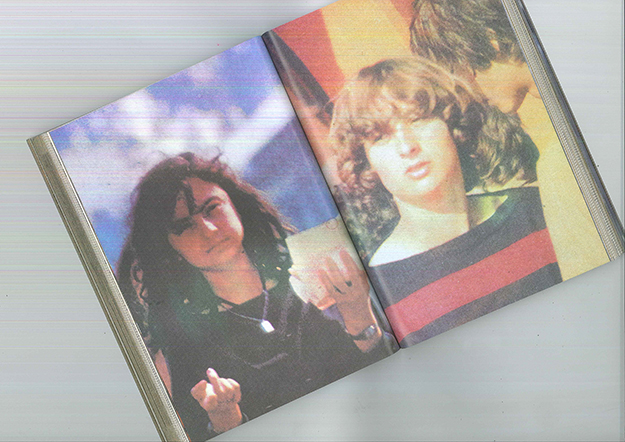 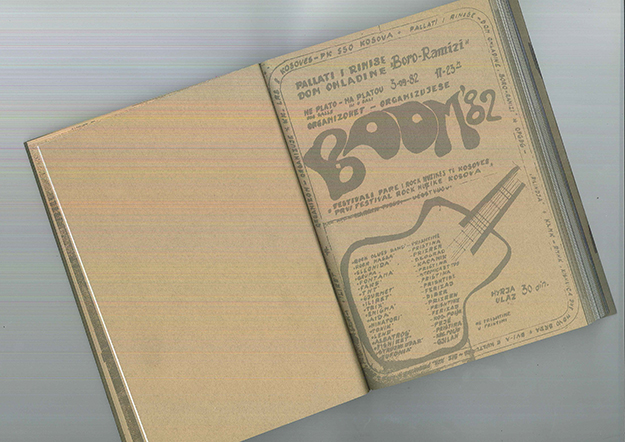 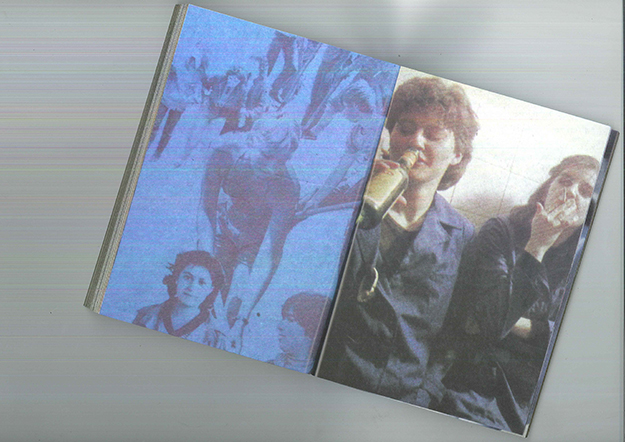 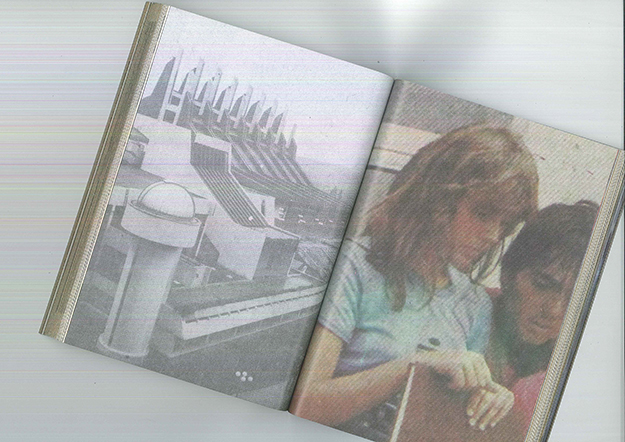 The political character of the music produced in Kosovo was embedded in a larger pan-Yugoslav countercultural scene. Rock and pop bands across Bosnia, North Macedonia and Serbia were inspired by western idols, combining their rhythms with local themes, which often dealt with the harsh economic and political conditions.

“There was a collaboration between local Albanian rock musicians from Kosovo and other Yugoslav regions as an act of performing a commonality, which was not so much about ethnicity, but unity in the surge for being part of something bigger, the international rock scene, yet each of the bands holding their unique local character,” says Limani, adding that BOOM Festival also hosted bands from Sarajevo, such as Zabranjeno Pušenje and Piloti from Belgrade.

A glimpse of youth culture

Although Albanian pop and rock music from Kosovo provided an original contribution to the scene, it is often left out of the documentation of Yugoslav music. “We didn’t have access to any kind of information on the scene, not only about the bands that performed music, but also the youth culture,” said Limani in her Armata speech.

“From interviews we had previously conducted with musicians of that time, and from the little literature that exists on rock music in Kosovo, we knew that BOOM was an important festival where everyone wanted to perform, but we lacked other information,” she added. “For this reason we saw [this project] as an opportunity, as a frame to look into Kosovo’s ’80s rock music scene, and at the same time to catch a glimpse of the youth culture of that time.” 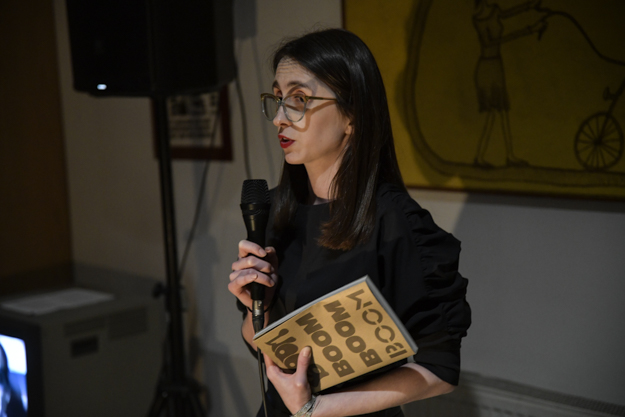 For Lura Limani, rediscovering the history of the city is the most important part of the research project. Photo: Atdhe Mulla / K2.0.

While most Yugoslav bands seem to be inspired by western idols, Albanian rock in Kosovo was a subculture that emerged in the face of regional prejudices against Kosovars as being backward and not modern enough to play in the league of the rock culture in Yugoslav metropolises.

Paying attention to these dynamics, the BOOM zine features a story where the band 403, scheduled to perform at the Croatian festival Jugovizija in Opatija, was met with mockery by other musicians, reflecting the stereotyping that Kosovars faced, despite the ambitions of pan-Yugoslav revolutionary rock to break away from ethnic cleavages.

Although short-lived, the Albanian rock scene introduced timeless changes in the cultural and social life of Kosovars, being not only a revolt against the socialist regime per se but also a rebellion against the increasing propaganda machinery against Albanians. Whilst some musicians just wanted to play the music they liked, their art is a part of Yugoslav history that adds nuances to the socio-political dynamics of that time.

The zine — rich with stories, images and newspaper clippings — can be found at Dukagjini bookstore in Prishtina.K