How does it feel when justice is seen to be done?

Just couple of minutes after Ratko Mladic, the former Commander of the Army of Republika Srpska, was sentenced to life by the judges at the International Criminal Tribunal for the former Yugoslavia (ICTY), I met Samira Halilovic from Potocari in front of the court. She and her friend were standing aside, looking at the media frenzy and commenting among themselves, while trying to avoid packs of journalists who were almost jumping on people they identified as victims.

Samira did not want to speak with any of them. She left Potocari in July 1995, and soon after arrived as a refugee to the Netherlands, where she still lives today. Every summer, Samira goes back to the place that was once her home, only to find nobody there. 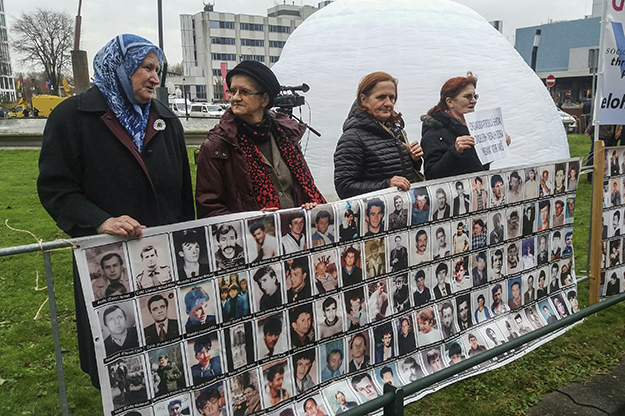 I have nothing to tell her. But we cry together, holding each other’s hands for a moment, and hiding from the media who are hysterically pushing microphones and cameras into people’s faces, not giving them a moment to reflect after the verdict.

The judges found Mladic guilty for the death of Samira’s father. He was killed together with about 1,200 others on July 13, 1995 in a warehouse in Kravica, near Potocari. Until today, there is not any kind of memorial at this place, but bullet and shrapnel holes are still there as silent testimony of the crime committed by the soldiers whose commander was Ratko Mladic.

He was also found guilty of the crimes committed against civilians of Sarajevo, including mass shelling on May 28, 1992, the day when I was wounded. I understood what Samira was saying. I was hoping for over 25 years that he would be put in prison for life, and he is, but it still does not feel right. Something is missing. We all lost so much. And there is no way to have that back.

Neither Samira nor I expected that the verdict could change anything. But it came so late that it does not permit us to feel at peace, even at this moment. 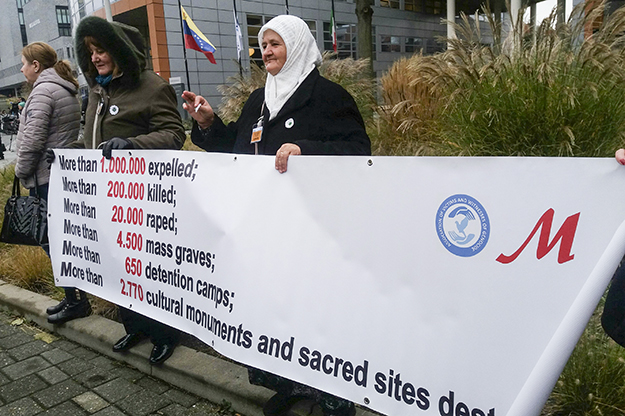 Ratko Mladic was indicted by the ICTY in July 1995, but only arrested in May 2011. His trial started the year after and lasted until December 2016, when both sides — the prosecution and defence — presented their closing arguments.

He was found guilty of genocide in Srebrenica, persecution, extermination, murder, deportation, the inhumane act of forcible transfer, terror, unlawful attack on civilians, and violations of customs of war, as well as the taking of hostages.

The judges concluded that he committed crimes as a part of the joint criminal enterprise with others, including Radovan Karadzic, war time leader of Republika Srpska, who was sentenced to 40 years imprisonment by the first trial chamber at the ICTY.

While the verdict was read in the courtroom, Mladic spent most of his time not even paying attention to what was being said. He was looking at the gallery where his son, wife and friends were sitting. He looked healthy and fit, showing his family the book on the history of Republika Srpska he is reading. Gavrilo Princip was on the cover.

After a while, it looked like he got bored and he asked for a break. Over the years in hiding, and since he was arrested, Mladic has suffered several strokes. His lawyers, as well as his family, claim he is very sick and they are place part of the blame for his condition on the Tribunal.

Together with family and friends in the gallery was also his doctor, an old man from Belgrade, the only doctor they trust. He looked weaker than Mladic on this, the day of the judgment.

Nevertheless, Mladic asked for the break. When he came back after more than 40 minutes, his lawyers asked if the process could be halted, or if the judge could read only the verdict and not the explanation. The judges refused. Mladic stood up, showing the real face of a killer, and of a ruthless person. 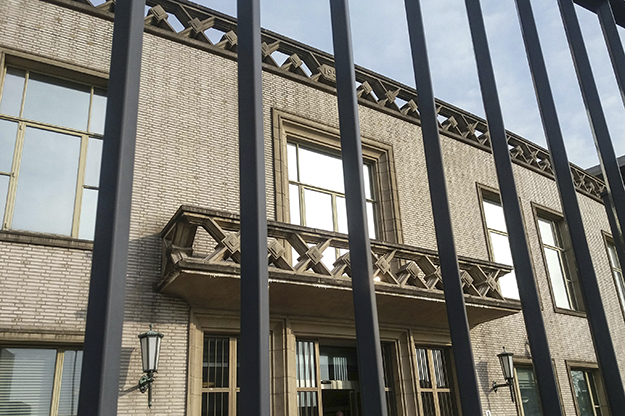 I asked his son Darko, who was sitting next to me while the judgement was being read, how he felt. “I feel like a player in the field,” he replied. “I just want to see how the defence will play this game.”

The game is over. He will be in prison until the end of his life, and us who survived have to find a way to live with consequences of genocide, and the massive crimes that were committed between 1992 and 1995. More than anything, we have to find a way to learn from the past, and to keep the memory of all the people we lost during the war.