Culture was in the spotlight for K2.0’s latest Small Talk edition yesterday (Thursday, Aug. 23). Around 40 people gathered in K2.0’s garden to talk about the state of culture and the independence of cultural workers and organizations in Kosovo today.

Under the title “Culture: Independent or Poor?” the Small Talk included the participation of invited panelists Burbuqe Deva-Bakija, one of the deputy ministers for culture, youth and sports; Veton Nurkollari, the artistic director of DokuFest; Arif Muharremi, program manager of the Culture for Change program managed by Qendra Multimedia; and Albert Heta, co-founder of Stacion – Centre for Contemporary Art and executive director of the Network of Independent Institutions of Art and Culture (RRIPAK). Ares Shporta, director of the Lumbardhi Foundation, moderated this public discussion. 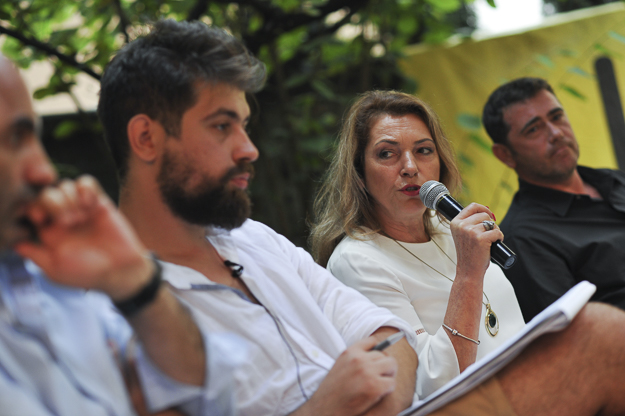 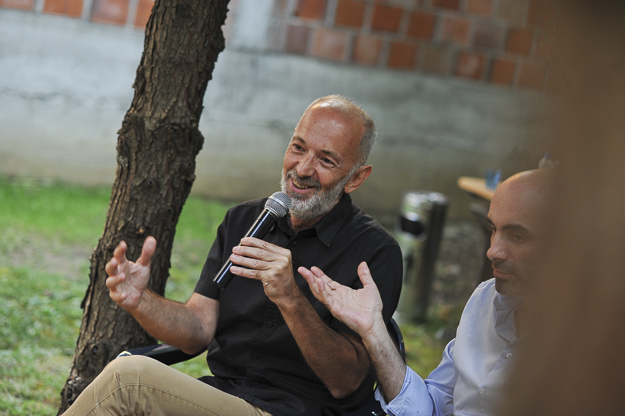 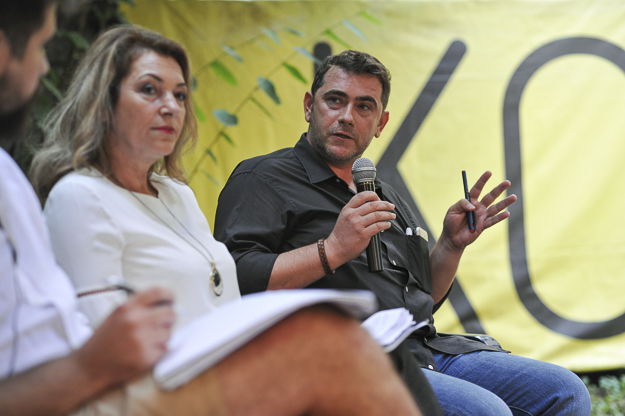 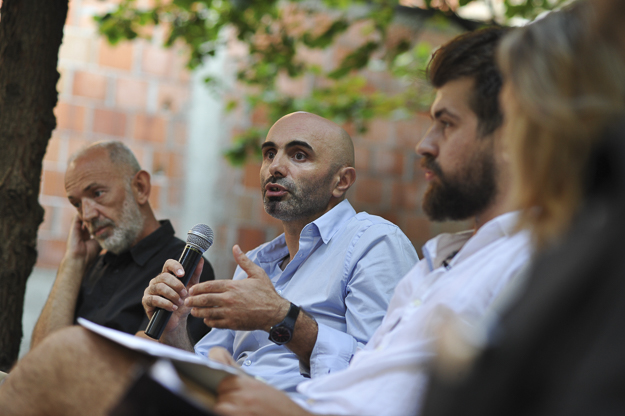 Albert Heta, co-founder of Stacion – Centre for Contemporary Art and executive director of the Network of Independent Institutions of Art and Culture. Photo: Atdhe Mulla / K2.0. 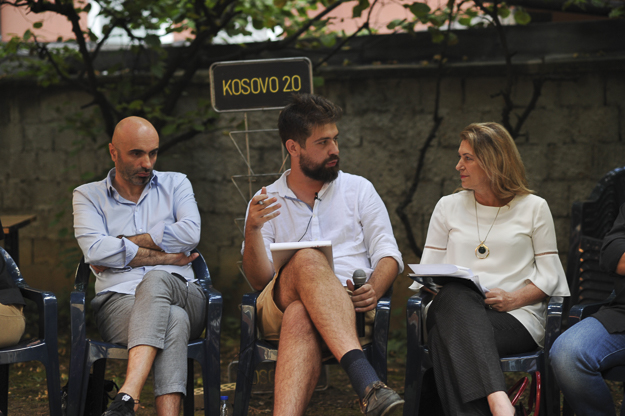 Participants agreed that this should be the first of many discussions precisely on the state of the cultural sector, a sector Muharremi and Nurkollari described as “fragmented.”

From previous research produced in recent years by Stacion – Center for Contemporary Art, Heta concluded that “public institutions, for example the National Art Gallery or the National Theater, design a program that is later approved without any sort of evaluation – it’s approved by the Ministry without criteria and all that’s discussed, if anything, is the budget – but it never rejects an [artistic] program.”

“There is no policy that focuses on cultural development and invests in a vision, but it simply ensures subventions and attempts to buy calm [in the sector],” Heta said. In this regard, he claimed independent cultural workers are ignored in the development of cultural strategies that, in his opinion, only take into consideration the work of public institutions (and public workers), “discriminating” against the independent sector as a whole. 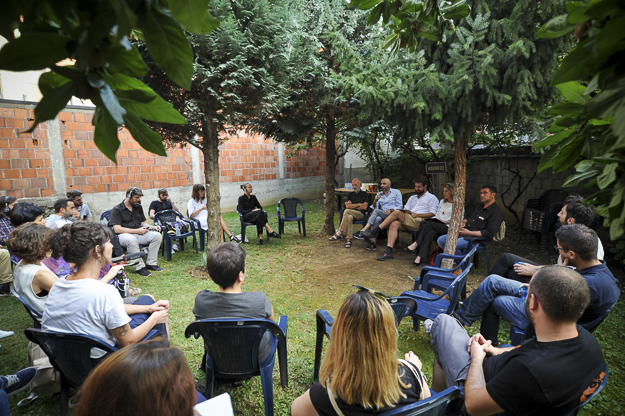 Touching upon the issue of strategic development, Muharremi also agreed that strategies should put in place better ways of integrating cultural workers, going beyond a few interviews with active voices in a so-called consultation process.

In his opinion, the influence of international donors that have supported independent cultural initiatives over the years does not exclude the importance of national cultural institutions in supporting independent initiatives. “The Ministry has a huge responsibility over this,” he said.

Continuing along the same lines as Heta and Muharremi, Veton Nurkollari insisted that the Ministry has a lack of clear vision. “There is no strategy and there are no criteria,” he said. “It’s not known how one can actually obtain funds [in regards to assessment criteria], whatever is written in those criteria is general – we don’t know what the criteria of the ministry are, we don’t know what the criteria of the Municipality of Prizren are; they create these small commissions [to evaluate projects] and you don’t know their evaluation criteria — for 17 years I haven’t figured it out.”

In this sense, Nurkollari warned about the dangers of having a fragmented scene, comparing it to Albania’s, where, he said, the independent scene is much smaller and even more fragmented. “We cannot make the same mistake. We need a strategy that helps us understand what this country needs in culture and then we need to fight to make that happen and be more united.” 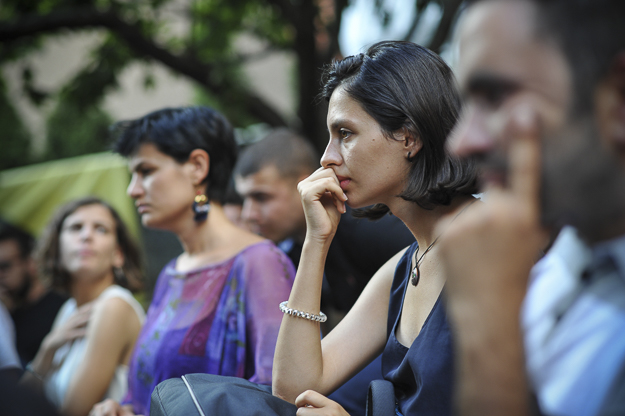 The deputy minister also had her share of criticism toward a certain lack of participation from independent actors in the Ministry’s processes and in regard to the criteria and evaluation committees that evaluate the projects submitted to obtain public funds.

“In the case of the commissions for the evaluation of cultural projects, we made public calls, for example, for two participant members of a commission: We wanted one member from an NGO working in culture and another member wanted from civil society who would be an expert in this type of process in the cultural sector,” she said.

“Believe me, we had problems because we had to either repeat or extend the deadline – not one single NGO in the cultural sector applied, and there have also been cases where independent experts have not participated in the process.”

The deputy minister expressed hope that the newly conceptualized strategy on cultural development will have many more cultural representatives than in previous consultations.

In this vein, the discussion’s moderator, Shporta, encouraged the deputy minister and other participants to use this new draft strategy on culture as an opportunity to enter an honest dialogue to establish a real roadmap for culture that is participative and reflects the needs, objectives and common agenda of Kosovo’s cultural ecosystem.K

To watch the full discussion and listen to the opinions and comments of all participants, click on our Livestream version below.