Body in Albania was buried during Kosovo war.

The excavator could not pass through the mountainous road that led to the shore of Lake Fierza in Domaj i Hasit village, near Kukes, in Albania. Instead, workers from Loti, a Kosovo-based company, carried shovels and other equipment all the way up to the place where they would dig. For the past 18 years, this place has been known as “The Kosovar’s grave.” 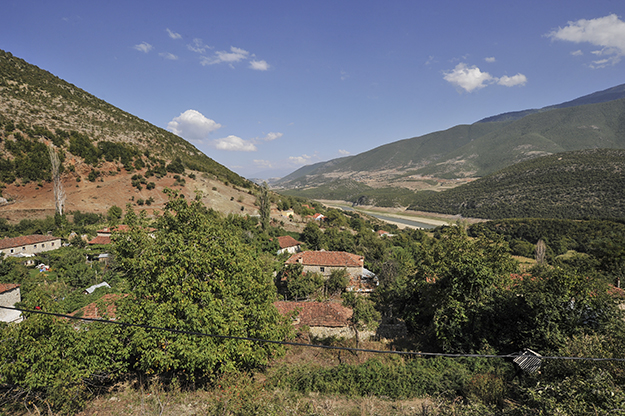 The remote village of Domaj i Hasit is on the shore of Albania’s Lake Fierza. Photo: Atdhe Mulla / K2.0.

These workers were accompanied by a team led by Prosecutor Drita Hajdari, the coordinator of the war crimes department within the Special Prosecution of Kosovo, which had come to work in the field with the investigative unit for war crimes. Together, they followed 54-year-old Avdullah Totaj from Kosovo and Zaim Thaci, an elderly man from Domaj in Albania.

Totaj and Thaci are two of many men who had buried a young man in his 20s in 1999, after finding his body — which had floated along Lake Fierza — washed up on the Domaj shore. Since police and the locals had not identified the deceased as a citizen of Albania, they assumed he had come from across the border in Kosovo and dubbed the place where they buried him “the Kosovar’s grave.”

“The children saw the body as they were playing outside,” Totaj says, recalling finding the young man’s body. “We, the men, immediately went to see whether he was still alive, but he wasn’t. He had big wounds on his head.”

Totaj and his relatives were staying as refugees in Domaj at the time, after they had left their village Gjonaj, near Prizren, in search of refuge after war had erupted in Kosovo. They were just a few of many Albanians from Kosovo — particularly those from the Prizren region, just half an hour away from Kukes — who in April 1999 had fled for safety in the mountains, before crossing over into Albania. 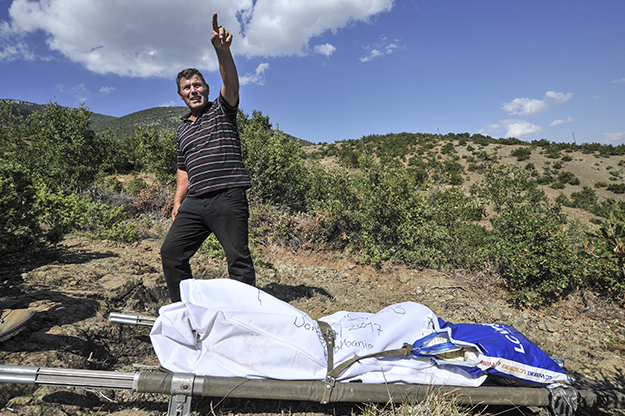 Avdullah Hotaj from Kosovo helped to bury the body that was found 18 years ago, before reporting it to authorities at the end of the war. Photo: Atdhe Mulla / K2.0.

Totaj spoke to K2.0 on September 18th, as the body was being exhumed in Domaj. His story was interrupted occasionally by the exhumation process, which he followed closely from the shore. He even helped the workers by describing how they had buried the body at the time.

He was the first person to report this death and the existence of the “Kosovar’s grave” to UNMIK, right after the war. He explains his dedication and willingness to help the Prosecution with a few simple words.

“We might relieve a mother’s aching heart,” he said as he approached the grave.

After about half an hour of digging, a plastic bottle was unearthed. It contained a letter. The writing had been damaged by dampness.

“One of the men wrote it, so that if someone would eventually find the grave, they would also find this description of what the boy looked like when we found him, what clothes he had on, what color his eyes were, and everything,” Totaj explained.

This is now a task for Special Prosecutor Hajdari and the Forensics Institute headed by Arsim Gerxhaliu, both of whom were present at the exhumation, together with the head of Kosovo’s governmental Commission for Missing Persons, Prenk Gjetaj.

They had to dig for about two hours to find what the Kosovo state representatives had come to verify: The body of the person, who is suspected to be a Kosovar killed during the war and disappeared in April 1999. Officials suspect that the death was violent and a war crime. 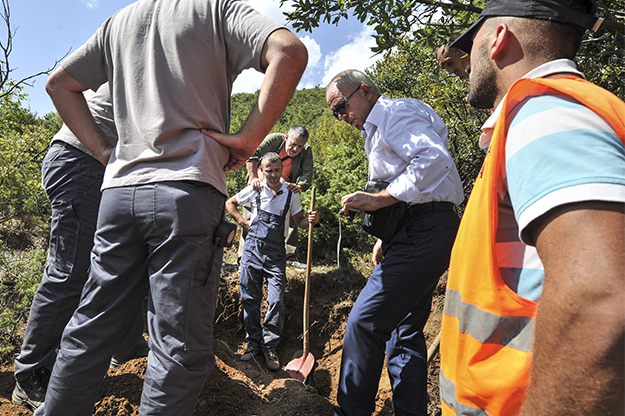 Excavators were accompanied by forensics experts as well as prosecutors as they dug up the body that was buried 18 years ago. Photo: Atdhe Mulla / K2.0.

Prosecutor Hajdari explained that this case was immediately reported to UNMIK after the end of the war by Totaj and Thaci; she did not give any information as to why it has taken 18 years to exhume the body, despite authorities having been in possession of accurate information regarding its whereabouts all of this time.

“I don’t know. You must direct this question to UNMIK and EULEX since we received this case on April 27 this year, as part of the cases that were transferred from EULEX”, she explained, referring to the transfer of competencies for handling war crimes cases to local institutions.

However, neither EULEX, which had the case for the preceding nine years, nor UNMIK gave clear explanations as to why it has taken 18 years to exhume the body. 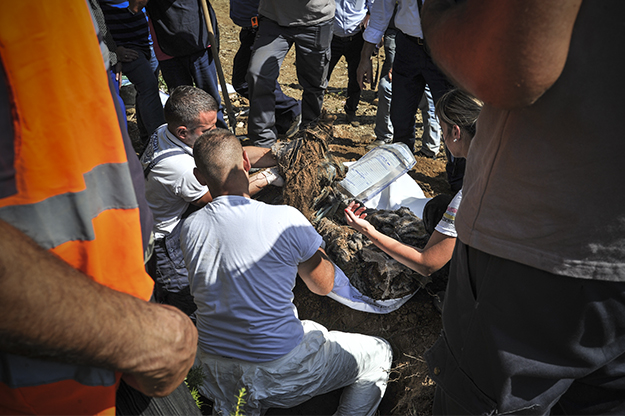 It is unclear why it has taken almost two decades for the gravesite to be investigated, when accurate information was provided to authorities immediately after the war. Photo: Atdhe Mulla / K2.0.

EULEX spokeswoman, Dragana Nikolic Solomon, said that delays were caused as a result of “judicial procedures between Kosovo and Albania.”

“The Forensics Institute can only dig when ordered by a judge of a respective court in the country in which the suspected site is located.” she said.

Nevertheless Special Prosecutor Hajdari explained that the order for exhuming the body was given immediately after she received the case from EULEX. “The Ministry of Justice in Albania was completely committed to cooperating in this case,” Hajdari said. 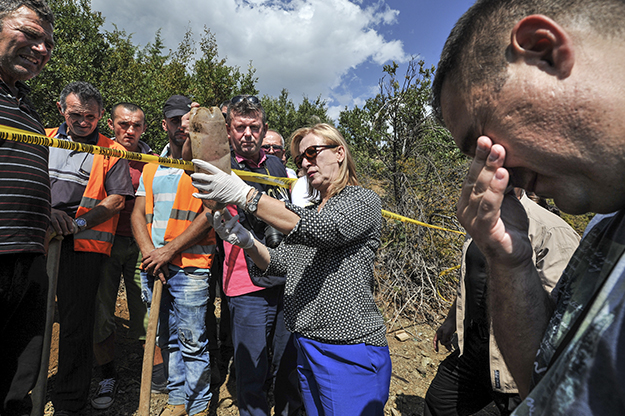 Drita Hajdari, who heads the war crimes department within the Special Prosecution of Kosovo, was on the scene as excavators first came across a note in a bottle that was buried alongside the body. Photo: Atdhe Mulla / K2.0.

Hajdari told K2.0 that she has now requested that the corpse be identified as soon as possible so as to find out whether the victim has a family, and if so, to return the body to them.

“Knowing the high number of people that disappeared since the war and the sensitivity of such cases, I will personally see to it that the process of identification is conducted as soon as possible,” she said.K