The ongoing search for justice for Kosovo’s missing people.

These are just a handful the approximately 1,650 people still missing from the war in Kosovo, those who have never had a dignified burial in their family gravesites. Without a proper funeral ritual, their families are denied the possibility of properly grieving the loss of their loved ones. They are left in anguish, often with the hope that their child, brother, sister or parent will one day knock on their door; living with constant uncertainty, they haven’t had the closure that they deserve. 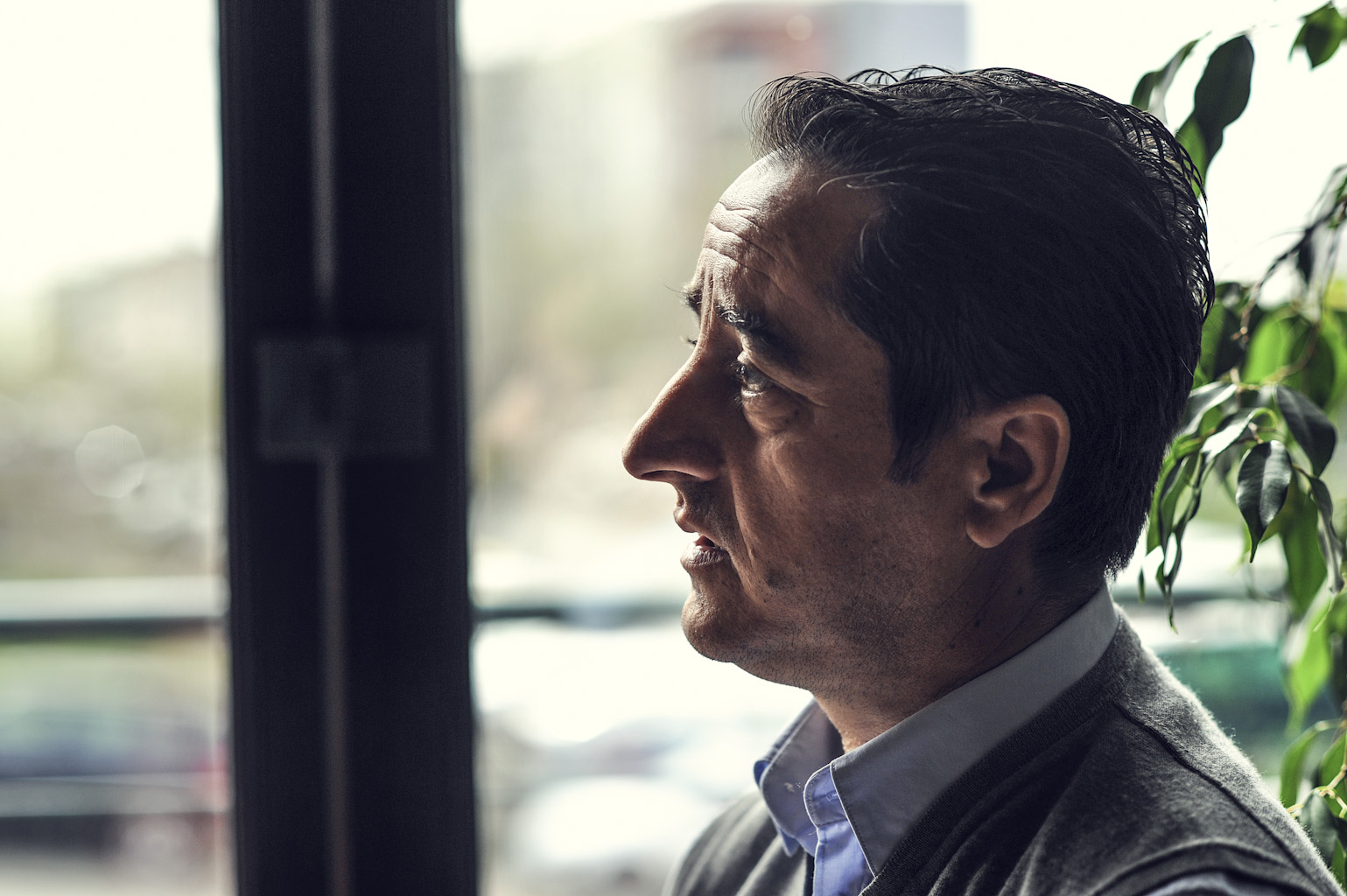 The Humanitarian Law Center, headed in Kosovo by Bekim Blakaj, keeps a comprehensive database of every person who was killed or disappeared during the war in Kosovo. Photo: Atdhe Mulla / K2.0.

Aside from the families themselves, there are few Kosovars who can understand the hurt of these people better than Bekim Blakaj. As a human rights activist, he has been documenting lost lives and gathering evidence from the families since 2000. Blakaj recalls the poignant words of a young man who had just reburied his two brothers who disappeared during the war and were later found in a mass grave in Batajnica, Serbia: “I can’t remember a time that I was happier than now,” the young man told Blakaj. “It made me think: ‘How can somebody who just buried his brothers be happy?’ At that moment, I understood the depth of the pain that families have when their relatives are missing.”

At the end of the war, it was estimated that more than 5,000 people were missing. That number has decreased over the years, in part due to the steady uncovering of mass graves — bodies of hundreds of Kosovar Albanians were transferred to Serbia by Serbian forces and buried in mass graves as a way of hiding the evidence of atrocities.

"They found the ID from a body, and it appeared to be a victim whose mother I had interviewed. I remember she had said: 'He is alive somewhere, I was told he is in prison.'"

To date, the bodies of more than 950 Kosovar Albanians who were “disappeared” by Serb forces have been exhumed in Serbia. A mass grave in the village of Petrovo Selo in Vojvodina, northern Serbia, was found to contain the remains of 70 victims, while the remains of 84 people were found in Lake Perucac in western Serbia. The most recent discovery was a mass grave at the Rudnica quarry near the southern Serbian town of Raska, where the remains of 55 people were exhumed. Other mass mass graves have also been located within Kosovo.

However, the largest mass graves uncovered were those on Interior Ministry land at Batajnica near Belgrade, where the remains of about 800 bodies were discovered in 2001. “For two days, I participated in monitoring the process of exhumation in Batajnica, and it was very distressing for me,” says Blakaj. “They found the ID from a body, and it appeared to be a victim whose mother I had interviewed. … I remember she had said: ‘He is alive somewhere, I was told he is in prison.’”

Many of those initially listed as missing immediately after the war had turned out to be alive in prisons around Serbia, fuelling hope for others.

Blakaj was himself listed as a missing person immediately after the war; it was an experience that would ultimately change his life. In 1999, he was a student in Belgrade, having lived there for much of the decade. On May 13 of that year, masked men raided his apartment in Belgrade, covered his head, and led him and his fellow Kosovar Albanian roommates away. It was only later that he understood that they had been arrested by the Serbian Police.

For the next 26 days he was regularly tortured at the police station, but his life was also threatened in other ways. With NATO forces targeting police stations as part of their bombing campaign, instead of removing him after the air raid sirens sounded, the police would take him and the other Kosovar Albanian prisoners to an underground cell. “There were moments when I thought I wouldn’t survive all of that misery,” he recalls.

Among other cases, Belgrade has failed to prosecute any officials who ordered the criminal operation to hide bodies in Batajnica.

Blakaj was transferred to a prison in Belgrade under fabricated charges of plotting terrorist activities, and he remained there until he was finally acquitted in October 2000. It was during this ordeal that Blakaj’s life path changed, leading him to become one of Kosovo’s most important human rights defenders. His friends, worried about his disappearance, turned to the Humanitarian Law Center and its founder, Natasa Kandic, who had risen to international prominence with the HLC’s documentation of human rights violations during armed conflicts in the former Yugoslavia. The HLC hired two lawyers to defend Blakaj.

Just two days after returning to Prishtina, he found out that Kandic was at the HLC Kosovo office and he went to thank the person who he believes saved his life. “After two hours of talking, she asked me: ‘Would you work for the HLC in Prishtina?’” recalls Blakaj. “Of course I accepted it immediately.”

The experience of being detained as a political prisoner for more than a year was a traumatic one for Blakaj, but he says that for him it began to pale in significance when he started to work at the HLC: “On the third day, I understood that what I experienced isn’t worth mentioning compared to the suffering of the people who had many family members disappeared.”

Denial from all sides

Blakaj, who is today head of the HLC in Kosovo,  together with other activists from Serbia and Kosovo, collected information about each man, woman and child who was killed or who disappeared during the Kosovo war. The HLC published the first volume of the “Kosovo Memory Book,” which lists the name and surname of each person who lost their life or disappeared by force in 1998, regardless of ethnicity. By 2017, the HLC plans to publish further volumes to cover the period from 1999 to 2000.

Between Jan. 1, 1998, and Dec. 31, 2000, the HLC estimates that 8,693 Albanians, 1,196 Serbs and 445 Roma and other minorities were killed in Kosovo. “I think we have succeeded in preventing the manipulation of the number of victims who were killed and who disappeared,” says Blakaj, who says that before they published their statistics in 2015, there was a tendency from each side to artificially inflate the number of their own losses, while completely ignoring the losses suffered by the other side. 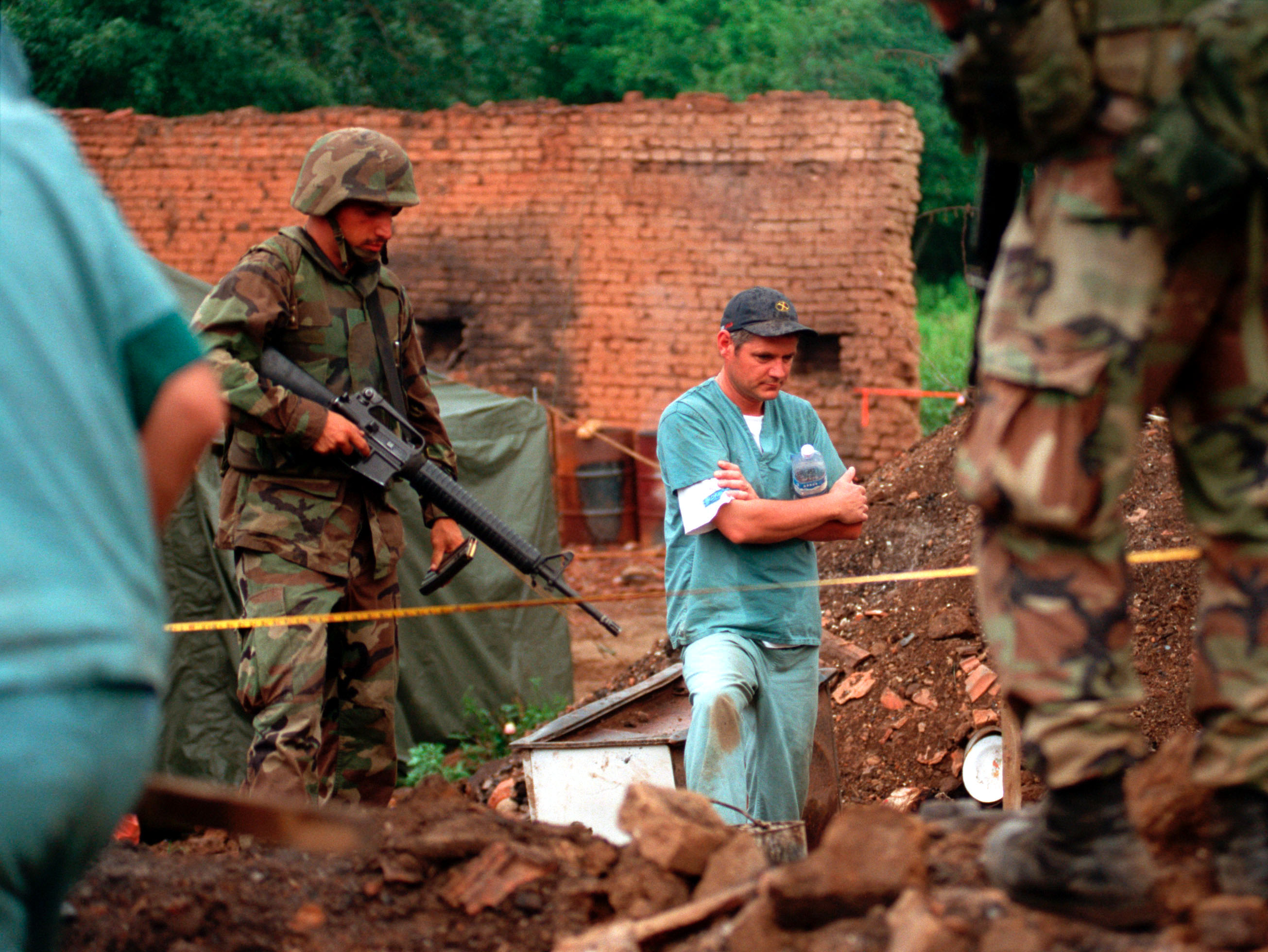 Since the end of the war in Kosovo, the remains of hundreds of bodies have been discovered in mass grave s in Serbia and Kosovo. Pictured, a royal Canadian mounted police forensics team excavates a mass grave in a Kosovo village on July 1, 1999, while U.S marines provide security. Photo: Sgt. Craig J. Shell, U.S. Marine Corps.

Part of the denial from each side has taken the form of overlooking the alleged crimes committed by its own forces. Some of these allegations have been addressed through the courts, initially in the International Criminal Tribunal for the former Yugoslavia in The Hague, and more recently in a specialist chamber for war crimes in Serbia and in courts operated by the EU Rule of Law Mission (EULEX) in Kosovo. However, prosecutions in each have been limited.

Human rights organizations, including the HLC, have strongly criticized Serbian efforts to deliver criminal justice, which are often labelled as perfunctory; Serbia has never apologized for, or even acknowledged, serious crimes committed in its name. Among other cases, Belgrade has failed to prosecute any officials who ordered the criminal operation to hide bodies in Batajnica.

In Kosovo, there has been a reluctance to deal with allegations of crimes committed by the Kosovo Liberation Army during and after the war against minorities and Albanians; these will be addressed by a new specialist court to be established this year after strong international pressure. As in Serbia, there has also been a failure to recognize minorities as part of the dialogue on victims, including the more than 400 people from minority communities still missing in Kosovo. “Each side takes care of the victims from their side, says Blakaj. “Meanwhile they want to forget the victims from the other side as soon as possible.”

Blakaj, insists that lessons need to be learned from the failure to deal with crimes committed during World War II, which were swept under the carpet in the name of “Brotherhood and Unity” under Josip Broz Tito’s communism. “[We want] to create a collective memory based on facts,” he says, adding that when this doesn’t happen, myths and prejudices are allowed to prevail. “I believe that is the first step for a sustainable peace, for a reconciliation in the future. Without acknowledging the truth and facts of what happened in the past, we can’t take any steps forward.”K