Menstruation is a political issue

Menstrual poverty should be a concern of society as a whole.

However, across our region, menstruation has not always been treated as a political issue, nor has it grabbed the limelight. Until recently proposals in Croatia to change the tax law and cut taxes on menstrual products fell through in silence without the knowledge — and more importantly without the interest — of the public.

When discussing menstruation, it is necessary to address and at the same time demystify the phrase “period poverty.” Economist Ana Marija Sikirić Simčić writes that the importance of menstrual health has been overlooked throughout history, “primarily due to taboos and misconceptions regarding menstruation as well as due to the androcentrism present within the corpus of medical knowledge and healthcare systems across the globe.” 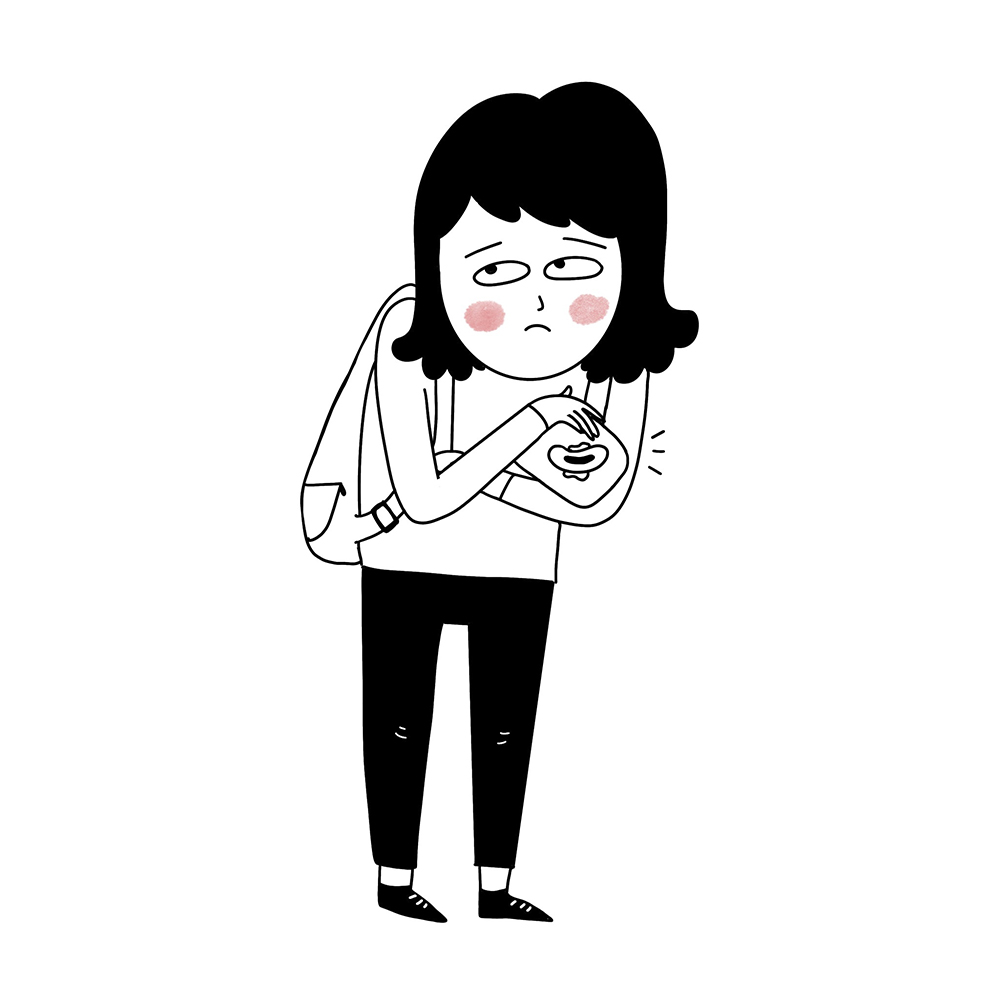 Sikirić Simčić is the author of a recent report with policy recommendations about period poverty, in which she writes that “the concept of androcentrism takes the male body as a reference, norm and example for all people, which, in the context of medicine, leads to the invisibility of the female body, women and women’s health within medical science, politics, and practice.” As a result, “the issue of ‘period poverty,’ which refers to economic, social, cultural and political barriers in access to menstrual products and education, is neglected,” she concludes.

So as long as we live in an male-centric, patriarchal world where women’s needs are neglected and downright ignored, sneered at and met with scorn, menstruation will be a political issue that must be solved at the pleasure of those for whom it is a biological reality.

The survey results show that menstruation is a luxury for far too many people in Croatia.

Unfortunately, little research on this matter has been done in the region. That said, in February 2021, PaRiter — a Rijeka-based human rights and civic participation association — published the results of a nation-wide survey on period poverty, the only study of its kind that has ever been carried out in Croatia.

Conducted in late 2020, the survey included 6,000 people, independent of gender identity, who had menstruated in the previous 12 months and were at least 16 years old. The survey results show that menstruation is a luxury for far too many women in Croatia: one third are forced to save on menstrual pads because they are too expensive. Due to high prices, some women buy lower quality menstrual products, while more than 10% of women in Croatia are unable to buy a supply of pads large enough to allow changing pads on a regular basis. A similar percentage of women cannot afford menstrual pads at all.

Beyond the availability of menstrual products and painkillers, the survey touches upon the issue of menstrual hygiene, i.e. the conditions at home, work, school or university that make it (im)possible to maintain menstrual hygiene as well as the stigma and shame related to menstruation itself.

Following the publication of the survey, which was received with ridicule and which appears to have amazed and amused people, changes took place.

Recently, the City of Rijeka announced that free menstrual supplies would be available in all local public schools.

Why with ridicule? Because a portion of the population struggles to comprehend that the issue of hygiene, sanitation and menstruation is a political issue for more than a half of the people who live in the country and pay taxes.

However, the lack of understanding of individuals does not prevent local self-governing bodies and school boards in Croatia from acting. Recently, the City of Rijeka announced that free menstrual supplies would be available in all local public schools. In Varaždin, free menstrual supplies will be provided by the city authorities for students in need, while five Croatian secondary schools have provided access to free menstrual supplies on their own initiative, or are in the process of developing an access model. On top of that, anti-period poverty initiatives have been set up in the counties of Split-Dalmatia, Međimurje, Bjelovar-Bilogora and Istria.

Though some residents and individuals in local government and educational institutions recognize the problem and want to put an end to period poverty with their own resources, the Croatian government does not realize what duties it has. Instead it rejects empirical evidence and maintains that collecting taxes via blood-stained pads is more important than easing the burden on household budgets. On Friday, October 21, 2021 — after the government’s decision to reject the tax law amendment bill that would have reduced taxes on menstrual products — the very same bill was also defeated by the national parliament by a vote of 68 to 47. 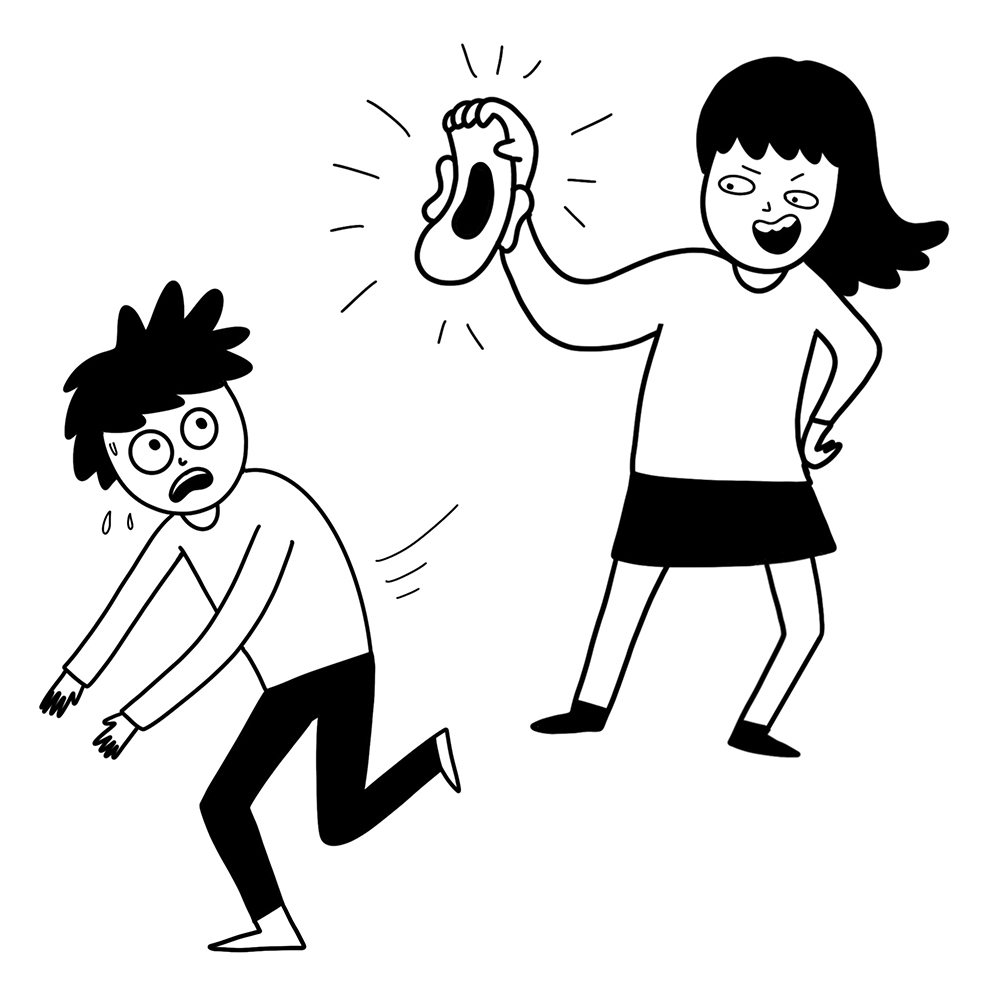 However, the previously mentioned survey has not only generated discussion and brought about positive developments in Croatia; its impact can be seen in Serbia too, where the Novi Sad Faculty of Philosophy has become the first educational institution in the country to offer free hygiene products to female students, all thanks to brave women and the initiative of female students who have recognized and addressed the issue adequately.

Menstruation and menstrual poverty remain a political issue. Apart from the fact that the general public was presented with the survey results, which prompted a response from local governments and schools, the findings were sent to the national parliament’s Committee for Gender Equality as well. The Committee has drawn several conclusions. The first is to reduce taxes on menstrual supplies, the second is to introduce education about menstruation and the third is to encourage schools to offer free menstrual supplies to their students.

As a matter of fact, the budgets are not filled up by blood-stained pads or discriminatory, sexist legislation, but by smart economic policies. It is high time we broke the silence over this issue. Enough with ignoring the needs of more than a half of the population just because it is simply more comfortable for us to do so.K