After working for 12 years as a civil servant in the Independent Oversight Board for the Civil  Service (IOBCS), Sanije* thought that it was time for a promotion. She decided to apply to become a member of the board, the highest decision-making body in the institution.

Members of the board — seven in total — are chosen by the Kosovo Assembly from a shortlist of the best candidates drawn up by a parliamentary commission. According to the IOBCS website, this is “an open and transparent process of recruitment.”

Sanije thought that this would be a relatively straightforward path. She holds a master’s degree in law from the University of Prishtina and has significant experience from her time working at the IOBCS, where she holds a senior position.

Alongside the commission made up of elected deputies, the British Embassy was also part of the recruitment process, offering its own independent evaluation of candidates as part of an ongoing agreement to assist in appointing “strong, independent and professional heads of institutions and public bodies.”

Through a Memorandum of Understanding signed by the Kosovo Assembly and the British Embassy in July 2020, the Embassy committed to hiring a company — known as the “implementation partner” — which provided a shortlist with the best candidates for senior positions in several public institutions. For its part, the Assembly of Kosovo committed to selecting the highest ranked candidates from that shortlist.

The Assembly decided upon five board members, one of which did not even meet the minimum conditions for appointment.

In the evaluation by the British implementation partner, Sanije ranked highly, in the first five positions. According to the memorandum, this meant she should have been offered a position on the board.

But on October 8, the day the decision was due to be taken in a parliamentary session, Sanije was surprised when she didn’t hear her name among the candidates — the list of best candidates shortlisted by British Embassy’s implementation partner was not taken into consideration.

In the end, the Assembly decided upon five board members, one of which, according to the British, did not even meet the minimum conditions for appointment. Two of the other candidates appointed were not in the top five candidates shortlisted by the British.

Sanije says that the final decision was not merit-based at all. She believes that the only reason she was unable to get the position was because she didn’t have political support as a number of the successful candidates have been linked with political parties.

“There is no explanation why I wasn’t chosen,” she says. “It would have been easier if there had been an explanation, for instance, if the others had been better, or if I didn’t give good answers in the interview, or if I wasn’t rated highly enough by either the British or the local commission.”

The five candidates appointed by the Assembly of Kosovo to the IOBCS in August 2020, and their ranking according to the British Embassy’s independent recruitment process assessment:

The case with the IOBCS is not the only one in which the evaluation by the British Embassy’s implementation partner was ignored by the current Assembly. A report published by GAP Institute this month, found that the recommendations were also ignored in the process of appointment of a commissioner for the Information and Privacy Agency.

The British Embassy’s implementation partner had recommended two suitable candidates for the position, but in the session of the Assembly of Kosovo held on August 14, none of the candidates managed to get the necessary 61 votes to be appointed commissioner.

“Prior to this session, the British Embassy had addressed a reminder letter to the Assembly on the commitment of the memorandum of understanding, however the deputies had not taken it into account,” says the report by GAP.

The U.K. has been providing assistance with recruitment processes to senior positions within public institutions since 2016. However, according to the British Embassy, the results of the cooperation with Kosovo institutions have been mixed.

Of 85 recruitment processes that were intended to be supported up until March 2020, less than half were completed in a manner that was deemed satisfactory.

Official data provided by the Embassy shows that between 2016 and March this year, 48 recruitment processes were completed with the support of the British. In 14 of these processes, the institutions didn’t fulfill their commitment to choosing the most qualified candidates proposed by the independent assessors.

“Most of the time people who get appointed are not competent in the field they are being appointed.”

In 20 further cases the British implementation partners hadn’t even been involved in the recruitment process as had been agreed.

Arton Demhasaj, executive director of ÇOHU — an anti-corruption NGO that has previously monitored the recruitment of senior positions in public administration — says that the reason why the memoranda between local and national institutions and the British Embassy are not being fully respected is that there is still little political will from parties to give up political appointments to important senior positions. Monitoring of public institutions has for years consistently highlighted the practice of political parties inserting their own people into public companies and independent agencies.

“The appointments of party militants or people from political parties to these positions is still prevalent, and most of the time people who get appointed are not competent in the field they are being appointed,” Demhasaj says.

During 2019, both the U.K. and U.S. ambassadors to Kosovo resigned from the board of the Kosovo Property Comparison and Verification Agency (KPCVA) — an agency established to compare cadastral documents with those held in Serbia — following the appointment of a director whom independent recruitment assessors had deemed not appointable for the position.

British Ambassador at the time, Ruairí O’Connell, later described new head Naser Shala as “unqualified and incompetent,” stating that he had got the position “only because of his links, from his time in the KLA [Kosovo Liberation Army], with MPs.”

Florije Kika applied for the position of director having been in the position of acting director for five years. She had worked at the Agency since 2009 and believed that her record made her the  best fit for the position. “I applied because I considered that I had created enough experience to manage the institution,” she says. 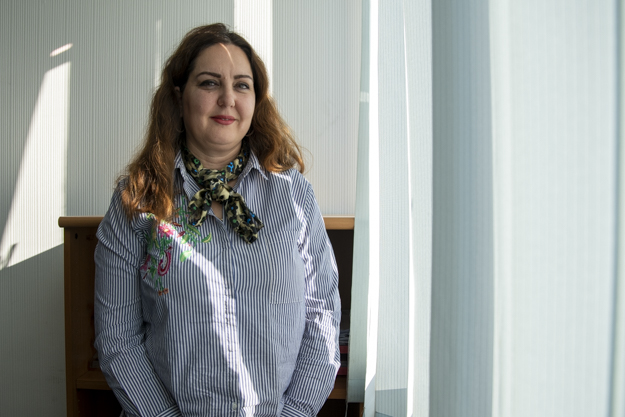 Florije Kika was independently assessed as being the only qualified applicant for the position of KPCVA director, but she missed out after the Assembly backed a candidate assessed as “not appointable.” Photo: Atdhe Mulla / K2.0.

After the interviews, the British Embassy’s implementing partner assessed that Kika was the only candidate who fulfilled the appointment criteria. However, the local commission added Naser Shala — who was widely reported to have ties with politicians that were then in government — to their shortlist.

Kika says that while she knew the result of the evaluation by the British — which is published online within 48 hours of the interviews concluding — she didn’t know which candidates had ultimately been selected by the local commission.

“We did not see the list until it was submitted to the Assembly’s Committee on Legislation,” she says. “As candidates, we did not have official information, except for the information we received in informal ways.”

In the end, despite being the only recommended candidate, Kika received the votes of just 22 elected deputies, whereas Shala, who was assessed as not appointable, received 50 votes.

Kika, who has now left the KPCVA and heads a department in the Ministry of Economy and Environment, says that while having personal political support may benefit individuals, it is to the detriment of having successful institutions.

“In most cases, people appointed through politics in these positions are more successful because the support is bigger — the closeness to politicians helps them push things forward,” she says. “On the other hand, ultimately if an assessment were to be made I think the results wouldn’t be the same because political support is not enough to achieve better results [for the institution].”

While the British Embassy has memoranda of understanding to assist recruitment processes led by various local and national institutions, the role of the Kosovo Assembly is under particular scrutiny.

The Balkan Investigative Reporting Network (BIRN) has monitored the recruitment process assisted by the British Embassy since 2018. Between June 2018 and March 2019, only one out of the six recruitment processes that it monitored in which the Assembly had the final selection decision was completed in full accordance with the respective agreement with the British.

“The monitoring revealed that in the selection process for the positions of Director and Deputy Director of the Executive Secretariat of the Kosovo Property Comparison and Verification Agency, and members of the Energy Regulatory Office’s (ERO) Board, the Assembly selected candidates who did not meet the conditions for appointment,” says BIRN’s 2019 monitoring report. “Whereas the selection of the chair and one member of the Kosovo Privatization Agency board was conducted behind the back of the British Embassy.”

Ardian Nrecaj, communication officer at the British Embassy, affirms that the Assembly has particularly been associated with the unsatisfactory results seen within the recruitment assistance project. For this reason, it is now at risk of losing the professional assistance from the project that the U.K. says it has invested 1.8 million pounds (nearly 2 million euros) in over the past four years.

“The cooperation continues but the British Embassy is reconsidering its assistance for the Assembly,” Nrecaj told K2.0. “The British Ambassador has sent letters to each parliamentary group to find out if there is political will and interest on their part for this project to continue to help the deputies (the Assembly) to make merit-based recruitments.” 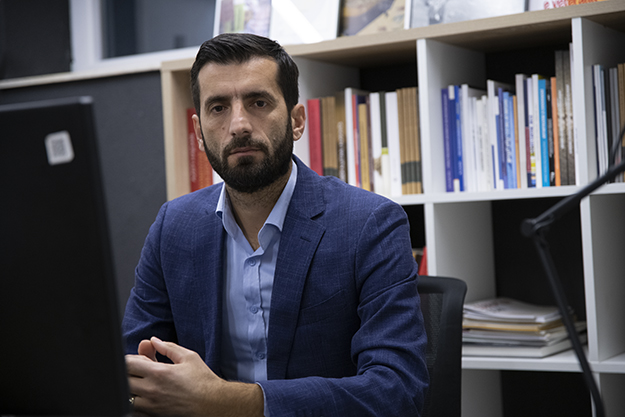 ÇOHU’s Demhasaj says that there would be consequences if the British Embassy were to decide to terminate the agreement and stop the recruitment assistance for the Assembly.

“The [annual] EU reports for Kosovo constantly raise as a concern the fact that the public administration is politicized, and if the Embassy withdraws from the project, there will be more politicization of independent institutions with more recruitment of people with political affiliation,” Demhasaj says.

In the meantime, while the independent support in the recruitment process didn’t help Florije Kika get the position she feels she deserved, she still thinks it still plays a useful role.

“I think [the involvement of British Embassy] is good, because now people are understanding who is suitable for these positions and who is actually being appointed,” she says. “For those who want to, they get the message.”K

* The name Sanije is a pseudonym. The individual asked to speak anonymously due to concern about future career prospects.