One of the biggest names at this year’s DOKU:TECH was TechCrunch ‘Editor-at-large’ Mike Butcher. TechCrunch is an online media dedicated to the profiling of startups, reviewing Internet products and generally covering tech-related news.

Over the years Butcher has won a whole host of accolades and awards for his innovation and blogging and has been a regular feature in Wired’s UK’s Top 100 influencer list.

During his weekend in Prizren he seemed to attract crowds wherever he went, whether delivering his talk on Sunday evening or socializing in this year’s hottest venue, Oqean. He even hosted an impromptu meetup for startups and tech people to pass on some of his valuable experience.

K2.0 sat down with Butcher ahead of his DOKU:TECH talk and asked about his transition into the tech world, his top tips for aspiring entrepreneurs and his latest project Techfugees, an attempt to harness the energy of the tech community into helping people caught in the current refugee crisis.

K2.0: You have a BA in English Literature and History and you started your career as a journalist. How did you make the transition into the world of tech?

You are now ‘editor-at-large’ for TechCrunch. What exactly does this consist of? What does a typical working day in the life of Mike Butcher look like?

I’ve been a tech journalist for some time now, and you get to a point where you’re seen enough to be able to do many different things, which is really where the kind of phrase of ‘editor-at-large’ comes from; it means that you can do multiple different kinds of things, whether it’s interviewing or speaking or whatever. From day to day, I wake up, check my email, do what every normal person who works on the internet does, and write stories — cool people, emails, get information, write stories for TechCrunch. 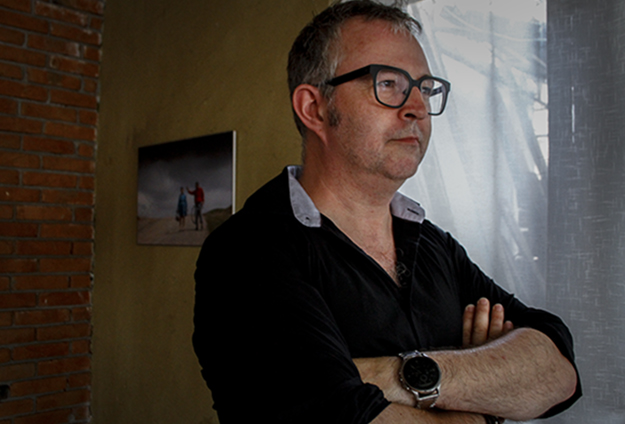 It’s your first time in Kosovo but you seem to have taken the place to your heart. What impression has stuck with you from local entrepreneurs you have spoken with?

It’s still an early market in terms of entrepreneurship and that is totally expected. In early stage markets like central/eastern Europe, it will take a while for people to get going. But there is a lot of talent here, so I’m sure that there will be a lot of interesting things happening over the next few years.

What advice would you give to aspiring entrepreneurs and start-ups in the Balkans or the world?

It’s kind of an advantage, actually, to have a market like Kosovo, since you could test a product here without the rest of the world knowing about it. If you’re in London and want to test a product, someone might find out what you’re doing much earlier and want to do something with that.

But my advice to people who tend to be in smaller countries is to try and network as widely as possible as you can. If your ecosystem is quite small, then it’s a good idea to build bridges with bigger ecosystems like the UK or Germany or France or the US or Asia. And get out there and make as many contacts as you can, because as an entrepreneur, having a lot of contacts is very useful.

You are also the founder of Techfugees, a gathering of the UK tech community in order to develop solutions to problems faced by refugees. It has been a massive success, with 27 chapters now worldwide. Can you explain this success?

I think because we hit the ground running very early, came up with the whole concept quite early and touched on kind of a desire by people in tech who already wanted to get involved and bring their talents and their skills to help and assist NGOs dealing with refugees and also refugees themselves.

And it’s 2016, you know, the 21 century, and we should be able to bring the scalability of technology and scalability of technology thinking to these problems. They are not going away anywhere soon. There have been refugees and forced displacements of people due to wars, natural disasters and climate change and this has been identified by the world economic forum as one of the biggest issues and crises facing the planet for the next 20-25 years.

The way that the humanitarian response has been done for the last 15 years needs to be assisted and helped by the innovation thinking that technology people can provide, because that’s the only way you can bring a solution that can scale fast enough to meet the problems as they change on the ground. A lot of the time as it happens these days, by the time the decision has been made to deploy some kind of solution or humanitarian response to refugees or to some other humanitarian crisis, the whole scene on the ground has changed, and that’s why technology has to be brought into the equation and brought into the conversation as soon as possible, because that’s the way you scale solutions to these big, very intractable problems. 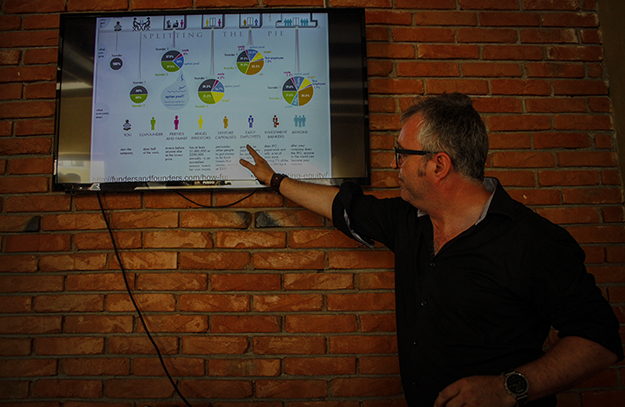 Can you explain how Techfugees actually works?

Techfugees is kind of a movement and is not really controlled by anyone in particular. What we do in London, in our core team, is that we advise a lot of the chapters around the world on what they should do and some of the best ways of operating are: Getting contact with refugee organizations as much as possible; not to build product solutions which don’t speak to the actual problems; don’t build them in isolation, because the worst thing you can do is to build something that no one actually needs.

How do you make certain that projects developed by Techfugees actually answer the needs of refugees and that the tools you provide them with are those that are the most needed? How do you establish a standard of quality in your projects?

That is something that we are very interested in and are working on and trying to assist people who are building products to address the real problems. Whether it’s in health, education — language learning apps might also be tailored for refugees.

Also data privacy is very important for refugees. Security — whether or not someone is being snooped upon by authorities — those are all the kinds of questions that come up and have to be addressed by people who are building technology products. And it can’t just be about websites and apps, it can also be hardware, for instance working WiFi or new kinds of tent designs and things like that. If you bring a lot of design thinking into the equation, you can come up with some things that people haven’t thought about before … that is sort of the exciting part of it.

We do have some levels of standardized structure in Techfugees — we have a core team in London of about 10-15 people who are trying to coordinate the activities of chapters and get chapters to work together, trying to get the NGOs involved, trying to look at products.

We are actually building a product called Basefugees now, which is going to be a curation platform where we curate the best products we can find, a challenge platform where NGOs can put up challenges for the tech community, who then produce APIs [Application Program Interfaces] from this so you can pull up data analytics, etc. We also want to use this ourselves so we can scale some of the solutions we can see.K