First of a 5-part focus on those representing Kosovo’s minorities.

When Kosovo declared independence on February 17, 2008, much of the focus was on the majority Albanian population. But with between 7 and 12 percent of the population estimated to comprise of ethnic minorities (sources vary because Serbs and Roma partially boycotted the last population census in 2011), the new state’s blue and yellow flag symbolically included six stars — each one representing a minority community, or communities; Kosovo was to be a multi-ethnic state, with strong non-majority rights.

The Roma, Ashkali and Egyptian communities in Kosovo are amongst the most discriminated against, poorest and vulnerable in Kosovar society.

Article 96 of Kosovo’s Constitution also regulates the share of power for communities in the state’s executive bodies, while the government of Kosovo is obliged to have a composition that includes minority parties.

One of the stars on Kosovo’s flag represents the Roma, Ashkali and Egyptian communities. According to official figures, Ashkali make up 0.9 percent of Kosovo’s population, Egyptians 0.7 percent and Roma 0.5 percent, with all three communities currently having representatives within the government.

However, despite all the reserved representation within Kosovar key legislative and executive bodies, the Roma, Ashkali and Egyptian communities in Kosovo are amongst the most discriminated against, poorest and vulnerable in Kosovar society.

As the first article in our five-part series on minority political representation, K2.0 set out to meet some of those politicians representing the three communities in Kosovo’s Assembly, to find out more about their beliefs and values, the way in which they try to represent their communities and the challenges that they face in doing so.

Three communities, not one

While for many issues laws are considered strong but implementation lacking, for some representatives of the Roma, Ashkali and Egyptian communities, even the laws themselves are discriminatory. Representatives are frustrated that they tend to be grouped together by official laws; there is, for example, a Romani language and distinct Roma traditions, while although Ashkali and Egyptians have traditionally been close as communities, they also have unique heritages.

The same year that Kosovo declared independence, a 2009-2015 strategy was produced that foresaw strengthening the protection of communities and their full integration into Kosovar society. However, the strategy, much like many of Kosovo’s laws, and their reserved seating allocation in the Assembly, grouped the Roman, Ashkali and Egyptian communities together.

Danush Ademi, from the Ashkali Democratic Party of Kosovo (PDAK), is one of two Ashkali deputies at Kosovo’s Assembly, alongside Etem Arifi of the the Ashkali Party for Integration (PAI). A part of the ‘6+’ bloc within the governing coalition, he says that grouping the three communities together is an “unconstitutional” and racist act. “They thought, these three communities have one color and let’s put them as one,” Ademi says. “It’s like putting the Gorani, Bosniak and Turk communities in one group — how’s it possible to know whose interests they represent?” 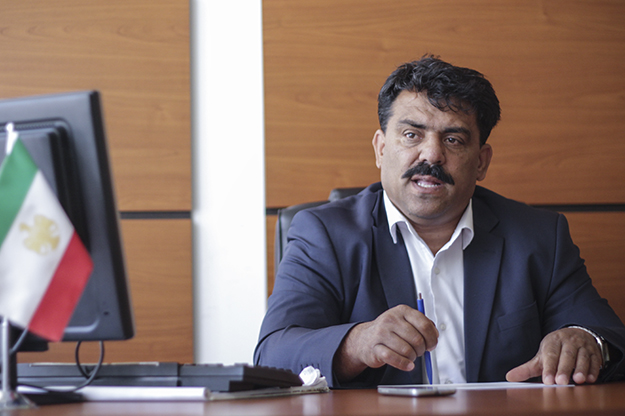 Danush Ademi describes the grouping of Roma, Ashkali and Egyptian communities together in some Kosovo laws as “unconstitutional.” Photo: Cristina Mari / K2.0.

However, despite his reservations with the old strategy, Ademi points to some progress in recent years. “I am proud to say that over 8,000 [Ashkali] children are in school and the number of those abandoning primary and secondary school has drastically decreased,” he says.

For Ademi the problem for the Ashkali begins when they want to start university and continues even after finishing it. “Today we have 80 [students] who have finished university,” he says. “Now, we don’t want the jobs to be gifted but instead with our qualifications to get the jobs.”

In order to help push forward this objective, Ademi participated in the drafting of a new government strategy covering the period 2016-2020. Although due to come into force last year, the strategy was only signed this week by the Prime Minister’s Office.

Kujtim Pacaku from the Kosovaki Nevi Romani Partia (KNRP) represents the Roma community in Kosovo’s Assembly and alongside Ademi is part of the 6+ bloc within the coalition government. He is enthusiastic about the new strategy, considering the document to be a “necessary” additional tool for improving the rights of the communities as laws and the Constitution lack implementation. “The strategy has objectives, while in the laws there are no objectives,” he says.

Employment and social well being is one of the four key objectives in the new strategy, along with education, health and housing.

Pacaku agrees with Ademi that while there has been stagnation and a lack of implementation of laws for non-majority communities in general, education is one area that has seen initial steps in the right direction for his community.

“It would be shameful to say that the state didn’t do anything for the Roma, because in 2002 we had only one student studying and now there are over 100 [Roma university] students in Kosovo,” he says, attributing these achievements to the representatives of communities who continually demanded better education. 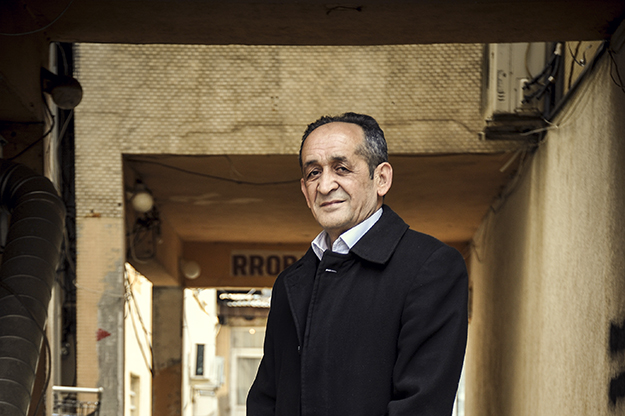 Kujtim Pacaku says that some progress has been made for the Roma community, particularly when it comes to education but that there is more to be done. Photo: Atdhe Mulla / K2.0.

However Pacaku points out what improvements in education are not necessarily transcending into better employment prospects, with the state a prime culprit in not fulfilling its duties. Article 11 of the Law on Civil Service of the Republic of Kosovo specifies that within central level civil service institutions, at least 10 percent of positions should be reserved for employees from non-majority communities who fulfill specific employment criteria.

But the Roma representative says this is far from the reality. “Usually you can find 20 employees from the Roma community in public institutions,” he asserts.

United Nations Development Programme (UNDP) statistics suggest that unemployment amongst the Roma, Ashkali and Egyptian communities exceeds 90 percent, compared to around 33 percent for Kosovo’s population as a whole; more than 75 percent of men aged 15-24 from the three communities are jobless, compared to 58 percent nationally.

Berisha points out that such damning statistics are despite laws that are aimed to protect community rights and despite the previous government strategy, which have produced few tangible results. For the Egyptian community representative, special strategies simply cement the “failure” of the state toward the three communities and instead all citizens should be equal before the rule of law. “For us, such strategies are a complete isolation because the state has the Constitution and laws that regulate our lives,” he says.

Although a member of the Democratic League of Kosovo’s (LDK) parliamentary group within Kosovo’s Assembly — and therefore part of the ruling coalition — Berisha refused to participate in drafting the new government strategy and instead advocated that the Egyptian community be removed from the strategy altogether. Following its publication, he posted a message on Facebook, congratulating members of the Egyptian community for the achievement of being omitted from the document, which now includes only the Roma and Ashkali communities. 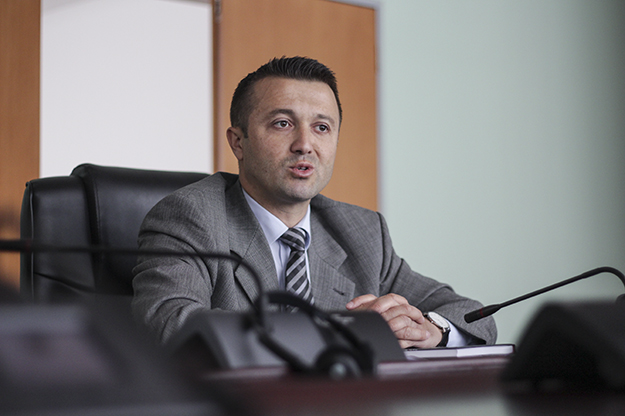 Berisha founded his Liberal Party of Egyptians (PLE) in 2014 in an attempt to offer something different to the Egyptian electorate. “Our values as a party are liberal, although our electorate is not familiar with the liberal concept,” he says. “It has taken an effort to educate the liberal concept to the Egyptian community but we have worked hard to educate them that this concept is needed in our society.”

He believes that in many ways Kosovo’s larger parties could learn a lot from such liberal values but has little confidence that his political colleagues are open to such ideas. While PLE currently has a deputy minister and two political advisors, Berisha’s party is weighing up its position within the coalition, complaining of a lack of influence. “We are considering the possibility of leaving the government, at least to prove to the electorate that we sacrifice ourselves — we could not do much because we are dominated and neglected,” he says.

Berisha believes that this domination comes in different forms. For him, the majority of Kosovar Albanian politicians consider the non-majority community deputies as a tool to be used when their votes are required. “We are considered to be a voting machinery, such as when issues like the demarcation deal [between Kosovo and Montenegro] come to be voted, they [the Albanian majority] say ‘we do not have any problem with [securing your votes],’” Berisha says. “It gives a sense that these issues do not belong to us and I should not be preoccupied by territory. Indeed, I care [the same] as a Kosovar Albanian does for Kosovo’s territory.”

The three most marginalized communities in Kosovo also feel that they are not only dominated by the Kosovar Albanian majority but also by other communities, which enjoy greater external support and therefore attention.

“The Serb community are politically superior and dominate with their political superiority,” Pacaku says. “In the Brussels dialogue [between Kosovo and Serbia] the state of the Roma community — the reintegration process, their [Roma] lives or those of other communities — have never been discussed.”

Ademi also believes that Serbs have a disproportionate influence when it comes to the minority parties. He suggests that the Ministry of Communities and Return — which is headed by a Serb minister, with one Roma and two Albanian deputy ministers — should change its name and become the ‘Ministry of the Serb Community,’ arguing that it doesn’t serve the interests of all minority communities. “We want the funds that are dedicated to Ashkali not to be used by the Serb community,” he says.

Despite his frustrations, the Ashkali deputy insists on an “institutional way” to solve problems and not choosing other forms to apply pressure. “We are not born to boycott and we do not want to resemble the Serb community and use boycotting as a tool,” he says, referencing the three-month boycott of the Assembly by the Kosovo Serb parliamentary group, Lista Srpska, which ended last month.

However he also hints that this approach could change in the future if his community’s representatives are not shown more respect. “They [the Kosovar Albanian majority] think that we won’t obstruct things, however one day this patience will come to an end,” he says.

“When Majlinda [Kelmendi] succeeded in judo, Albanians were congratulated everywhere — on TV, in newspapers and elsewhere. That made me and my community feel bad, because we were also happy about her successes."

This patience was tested to the extreme last year. During a series of leaked wiretapped conversations that revealed nepotism and abuse of power at the heart of government, the hypocrisy of leading government figures in their attitudes to non-majority communities was also graphically exposed. While repeatedly extolling the virtues of Kosovo’s multiethnic state and equalities legislation publicly, key Democratic Party of Kosovo (PDK) figures, including then parliamentary group leader Adem Grabovci and President of the Assembly Kadri Veseli, were heard discussing minorities in mocking tones and with derogatory language.

Pacaku reacted in the Assembly, denouncing the derogatory language used and refusing to leave the Assembly floor until a public apology was issued. His hands tied, Veseli duly obliged.

But it’s not only in terms of high politics where representatives of the Roma, Ashkali and Egyptian communities point out that their constituents are neglected — it is also in the societal and cultural events that help to cement a notion of citizenship.

“When Majlinda [Kelmendi] succeeded in Judo, Albanians were congratulated everywhere — on TV, in newspapers and elsewhere,” Berisha says. “That made me and my community feel bad, because we were also happy about her successes and we feel bad when only Albanians are being congratulated for successes in arts, culture or sports,” he said. “We also want the best for this country.”K