Municipalities do not have functional independence - Kosovo 2.0
Perspectives | Politics

Municipalities do not have functional independence

Ten examples of the central level encroaching on the local.

Kosovo currently has 431 laws in force, and 55 of them set out obligations for the local level. Some laws have been created exclusively for municipalities, some have not but still give obligations to this level of power.

Below, we offer 10 concrete examples.

At the beginning of September, Kosovo faced the potential of strikes in the pre-university education sector. These potential strikes were connected to municipalities, however, had they been held, municipalities would not have been to blame. 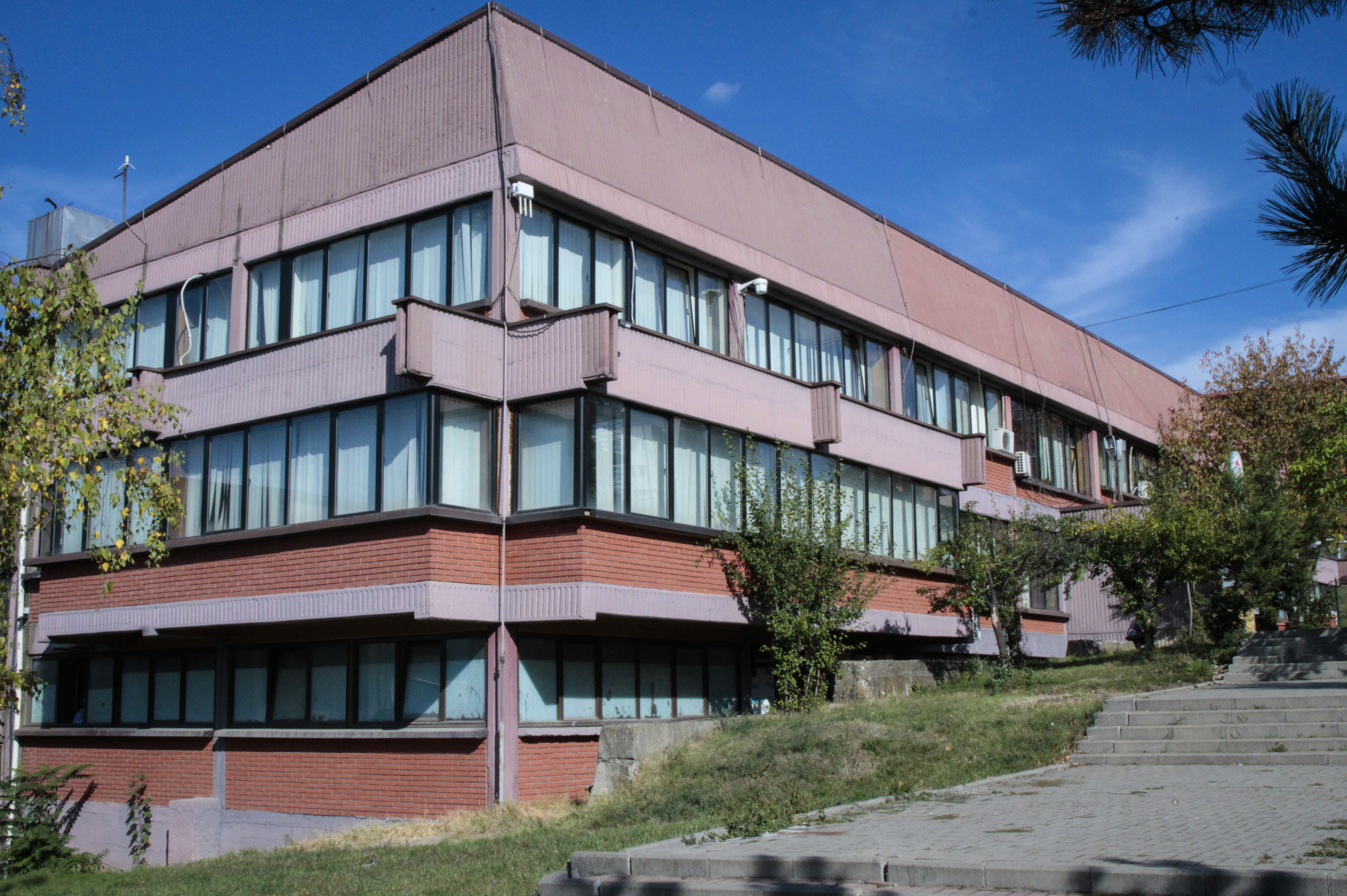 The United Syndicate of Education, Science and Culture (SBASHK), which protects the rights of teachers and represents their interests in the pre-university education sector, demanded full implementation of the collective contract. If it is not implemented, they have threatened to go on strike.

If this path were to be followed, national obligations would become institutional responsibilities, rather than personal whims becoming national problems.

The Ministry of Education, Science and Technology (MEST) negotiated and signed this contract with SBASHK on April 18, at a time when the climate of extraordinary elections dominated the country.

As such, the strikes have seemingly been postponed, not evaded.

While congratulating pupils for the start of the new academic year, the then head of MEST, Arsim Bajrami, promised that there would be no strikes this year; so, this year, which meant another four months, after which the promise no longer applies. He also promised to discuss with municipalities about how they could implement the collective contract. Although this promise sounds like the right step, it could — and should — have been done before signing the contract. If this path were to be followed, national obligations would become institutional responsibilities, rather than personal whims becoming national problems.

In the second half of 2016, the Central Agency for Public Procurement began to announce tenders and sign contracts with economic operators in the name of municipalities, for the budget category of merchandise and services. Municipalities are now no longer able to announce tenders for gas, fuel that is used in schools and other consumable materials, with procurement procedures being implemented by the Central Agency — municipalities will now only pay the money. 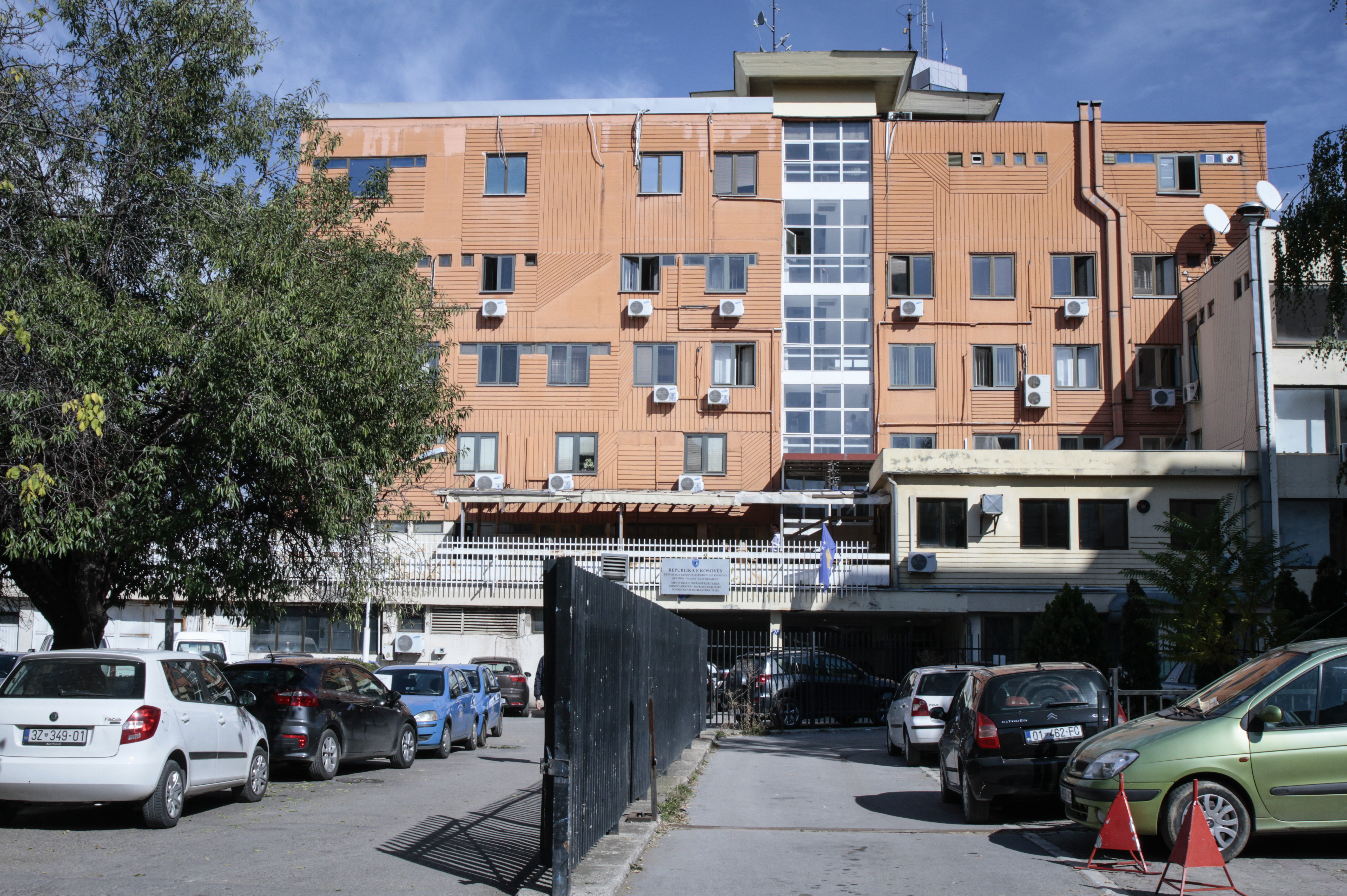 This will result in situations in which, for example, private operators that are chosen by the Central Agency to transport fuel to schools will have to send the fuel from Prishtina to Dragash. Or, if the Central Agency for Public Procurement announces a tender for oil supply and the economic operator that provides this service is based in Prishtina, then an official vehicle would have to come from Junik or Dragash to Prishtina to get oil.

Up until now, each municipality has engaged one person to protect and represent it in cases of judicial contest, when is has either been sued or has sued another person or entity. Now the Ministry of Justice wants to manage these persons, instead of having municipalities manage them, as has happened to date.

If the ministry claims these responsibilities and subsequently appoints people to protect municipalities in court, then we could face a situation in which an appointed person could have insufficient knowledge about the issues that face the said municipality, the historical context of the issues or context at hand, and the priorities and capacities of the respective municipality. All this makes for a good case to keep lawyers as municipality personnel, rather than have them be a responsibility of the central level.

Municipalities are responsible for recruiting and managing staff in primary and middle schools. This process is conducted through open calls, which have defined evaluation and admission criteria.

However, what happens in practice shows legal ambiguity and a lack of harmonization of actions between central level entities, which subsequently reflects negatively on the local level.

When municipalities announce an open call and refer to the Law on Pre-University Education — which is monitored by MEST — the Ministry of Labour and Social Welfare (MLSW) intervenes by demanding that municipalities respect the Labour Law. 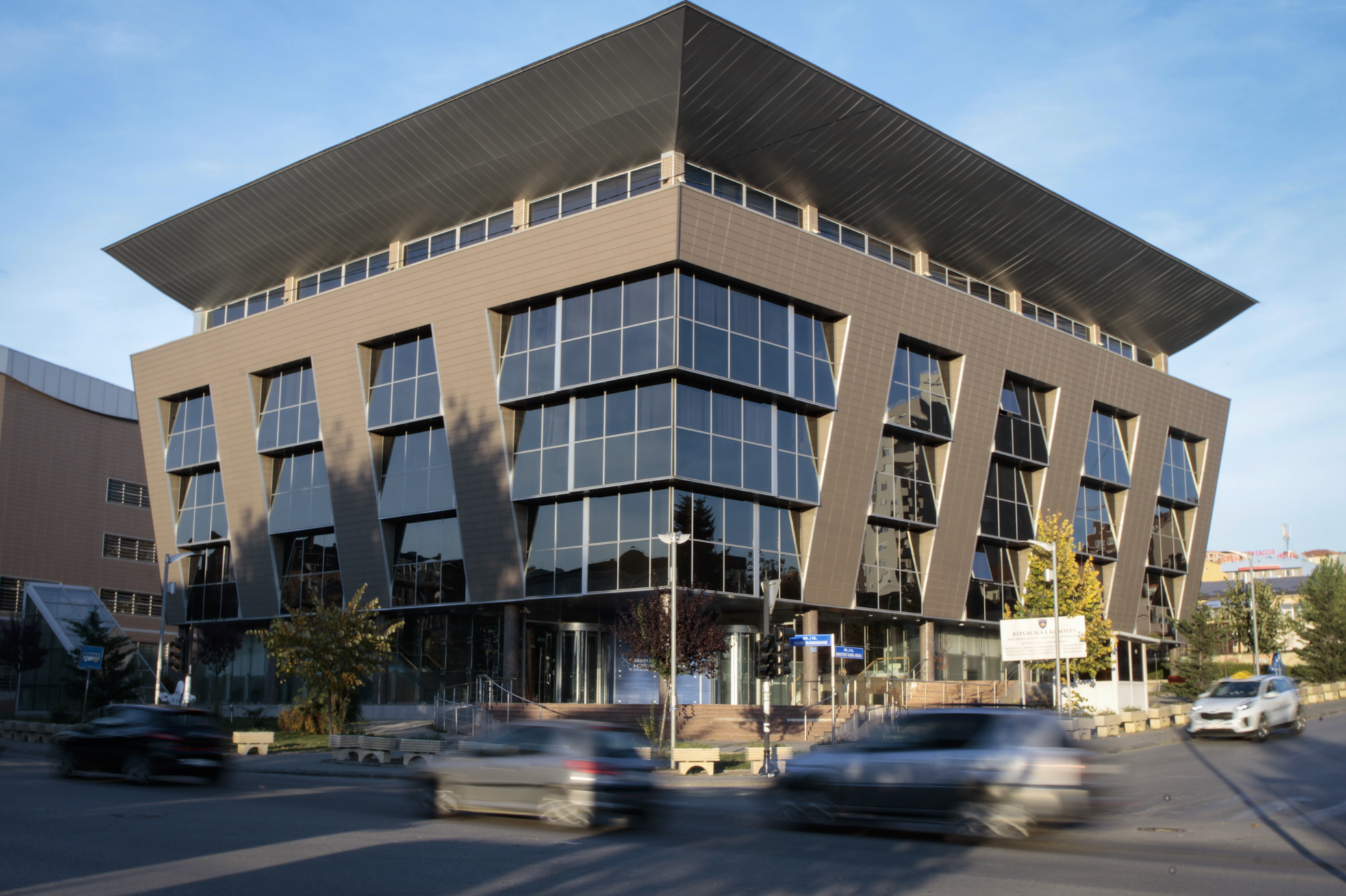 This has affected all municipalities. For example, the Municipality of Malisheva announced an open call for teaching staff in schools and referred to the criteria set out in the Law on Pre-University Education. The MLSW immediately intervened by demanding that the call be annulled and that the criteria determined in the Labour Law be taken into account.

These two ministries — MEST and MLSW — have their respective inspectorates and municipalities do not know which inspectorate they have to answer to regarding the education sector.

There is a high risk of municipalities being left without fire brigades in the future.

Municipalities are mainly obliged to service vehicles, pay for fuel and build facilities for fire brigades, whereas the Agency for Emergency Management is obliged to pay the wages of firefighters and appoint staff in new job positions.

One used firefighting vehicle usually costs up to 200,000 euros and often requires repair. The majority of municipalities cannot afford to spend sums needed for repairing these types of vehicles.

There is a high risk of municipalities being left without fire brigades in the future, whereas in the present these brigades are affected by limited capacities for offering a qualitative service.

6. No property, no project

Dozens of cases have been addressed to the central level in an attempt to give these properties to the municipalities in question, however they have mainly resulted with no favorable effects for municipalities.

For example, Gjilan is really struggling to find a property for building a kindergarten in one of its urban areas. Additionally, the Hani i Elezit Municipality has no municipal properties in its urban areas. Even if this municipality had the necessary budget, it would have no space to build a school, kindergarten, family medical center or youth center. The same goes for Junik.

The unclear division of responsibilities is doing nothing to improve public policies and only serves to invigorate the ‘game’ of blame-shifting for poor — or non-existent — public services.

Furthermore, there have been cases in which foreign investors have wanted to invest in certain municipalities but have subsequently withdrawn because of this absence of available properties.

The most recent case of this nature happened in Peja, when a German investor requested 20 hectares of land in the “Peja 4” zone to install machinery for producing clean energy. The property was under the management of the Privatization Agency of Kosovo and as such the municipality requested the property from them. However, prolonged procedures and obvious hesitation forced the German investor to withdraw.

In certain localities in municipalities such as Dragash, Ferizaj, Decan, Kacanik and Shterpce, residents have held protests throughout the past four years against initiatives by private companies that have wanted to build hydropower plants in rivers that run through these municipalities. The Ministry of Environment and Spatial Planning gives permits for building hydropower plants, after which approval must be given by the Commission for Mines and Minerals and the Energy Regulatory Office. Municipalities have been stripped of all responsibilities in every phase. 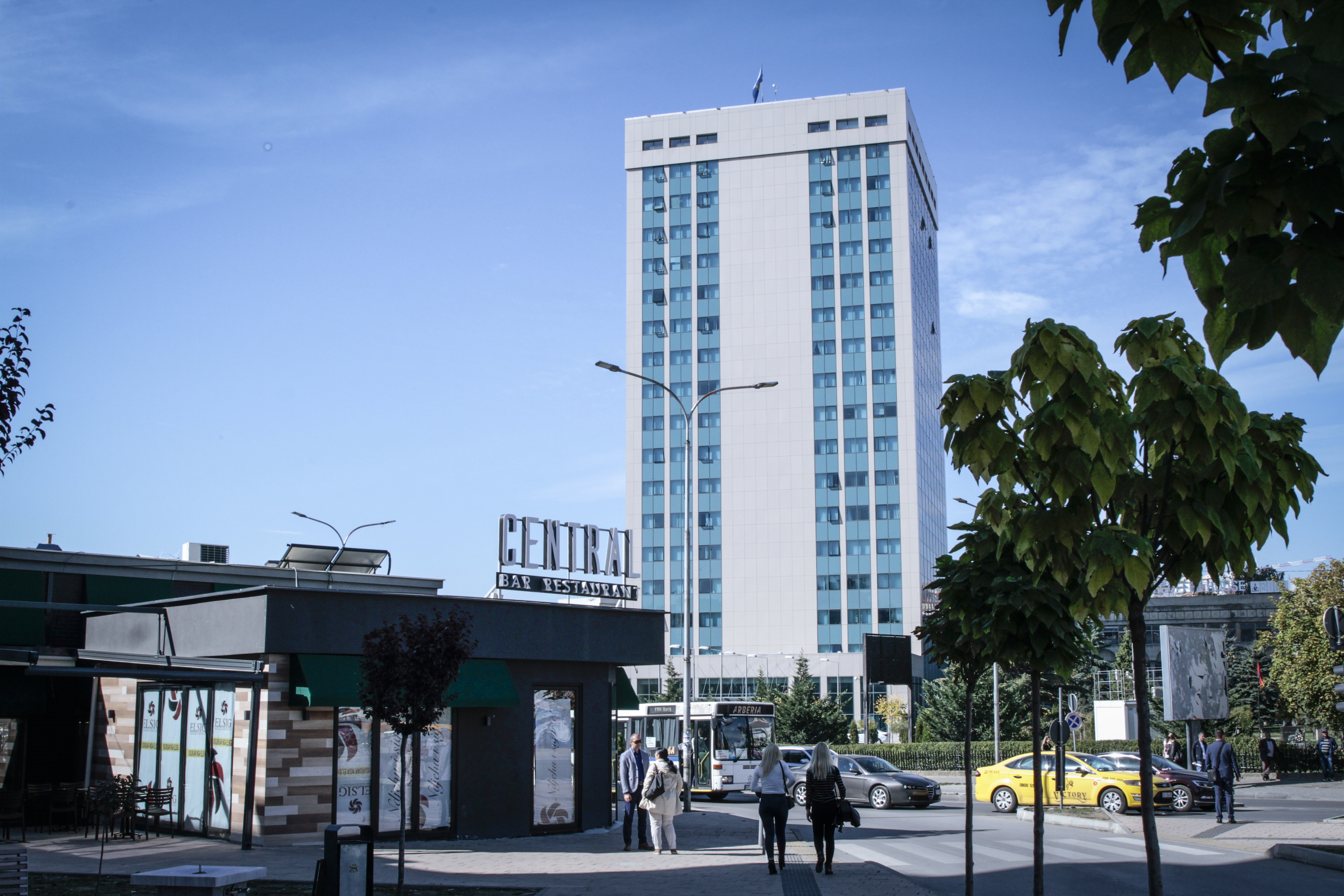 Municipalities should have some minimal or technical responsibility, such as approving projects for building hydropower plants. Multiple damages are brought onto municipalities by these decisions.

If the municipalities were more integrated in the process, they could make agreements with those building the hydropower plants to ensure some local benefits, for example a clause in the contract that defines a certain amount of energy to help supply the public lighting system.

The Law on Local Self Government defines the provision of a water supply and waste management services as responsibilities of municipalities, but in practice they are not. Meanwhile municipalities spend millions of euros on improving and expanding the water supply network and on removing fly-tipped landfills.

Regional water companies are responsible for managing the water supply network. It was established by the Government of Kosovo, and its board can be dismissed by the government. The same goes for waste management. The government has decided to transmit these competences to the regional level, no longer keeping them as local level responsibilities.

9. Seeing the wood for the trees

Around 42 percent of Kosovo is covered in forests. Meanwhile, deforestation continues to be a huge problem. However, the majority of municipalities are not clear on what their responsibilities are in the field of forest protection.

Municipalities are not clear on whether the trade inspectorate is their responsibility, or a responsibility of the Ministry of Trade and Industry (MTI). The Law on Market Inspectorate and Inspective Supervision transfers this responsibility from the local level to the central level but the former has refused to pass over the competency. Only the municipality of Gjakova has transferred its trade inspectorate to MTI management, since this Law came into force at the time when the current head of the Gjakova municipality was in her position of Minister of MTI. 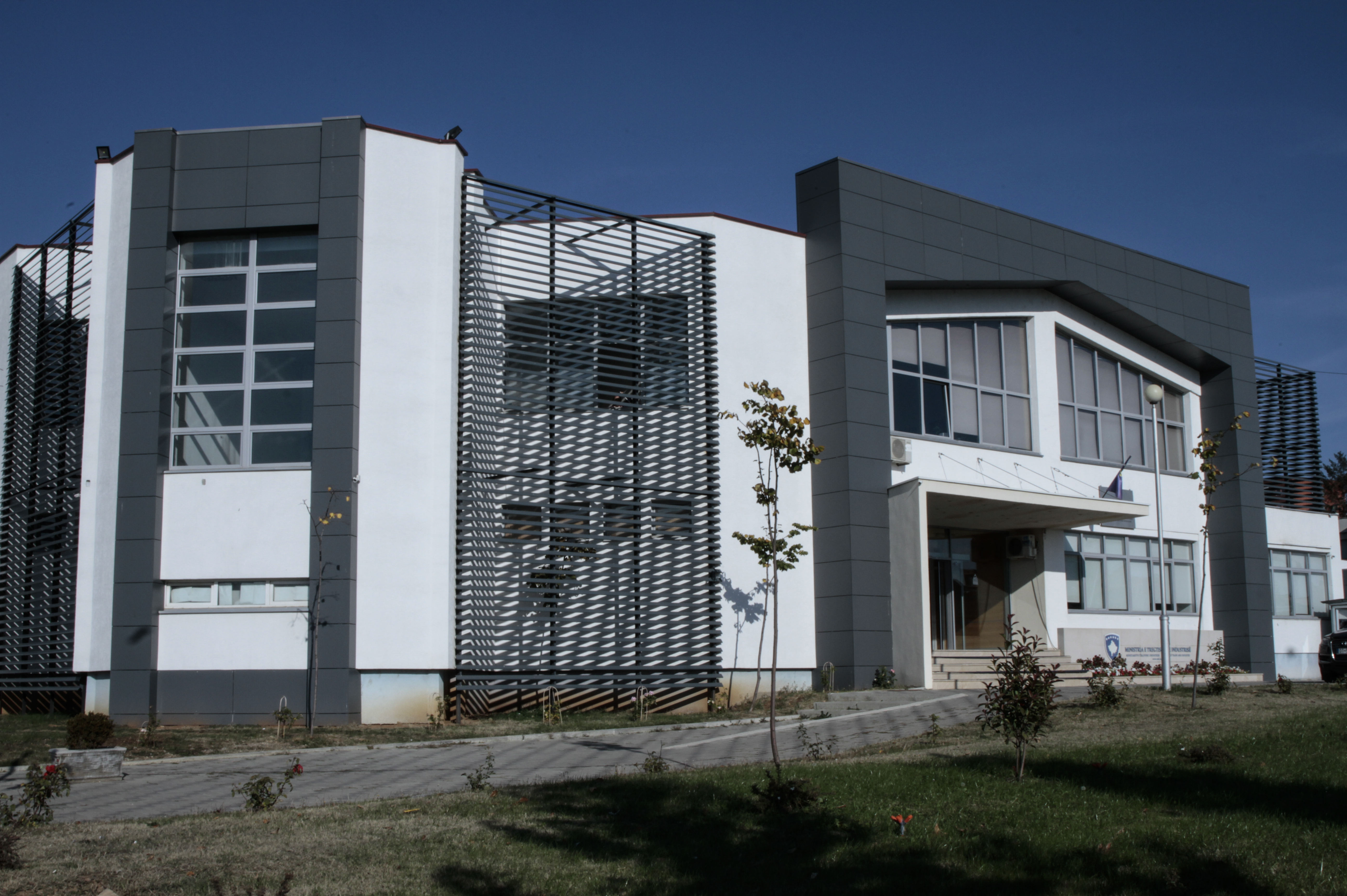 Trade inspectorates are obliged to remove illegal sellers from streets and squares, and to ensure the technical well-being of selling operations (provide good conditions for selling, prevent exposure of merchandise in inadequate locations, remove merchandise that endangers civil health or safety). If this responsibility were to be given to MTI, then the central level inspectorate in Prishtina would have to, for example, attempt to remove illegal sellers from the streets of Gjilan or Decan.

So what do all of these cases have in common? A lack of consultation, cooperation and communication from the central level and a tendency to consequently restrict or breach local municipal competencies.

The unclear division of responsibilities is doing nothing to improve public policies and only serves to invigorate the ‘game’ of blame-shifting for poor — or non-existent — public services.